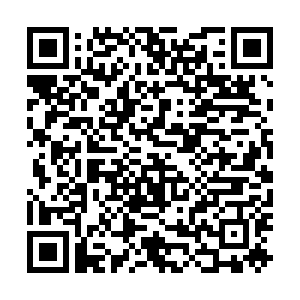 A two-kilometer queue of people stretches down Ealing Road in north London. Everyone in it is waiting for a free parcel of food.

It's believed to be the longest food-bank line in the UK. More than 800 people queue every Saturday while volunteers hand out enough food to help over 4,000 people. The line stretches for more than five blocks and people start arriving early in the morning hours before the food bank opens.

It's run by London Community Kitchen. One of the organisers, Taz Khan, says the Brent Council area has been gripped by a growing tide of food insecurity.

Even though the UK is slowly coming out of its winter lockdown, for many people who've lost their jobs there is no end to the financial stress caused by this pandemic.

Janisha is collecting food for herself and two daughters. She says since the pandemic there's been no work and it's been very difficult to survive. She has recently been offered a job in care home and hopes it will become easier to make it through each week, but even with the job she says it's not enough money to survive without help from the food bank.

"We have seen something we have not witnessed here before," Taz Khan says. "A lot of these people would rather suffer and starve than line up for food because it affects their dignity and is against their cultural beliefs."

Most of the food bank recipients are from London's Indian Gujarat community and work in small shops, restaurants and factories, or as cleaners. Khan says they are part of the "underhand or invisible" part of the economy, exploited by unscrupulous employers who give them only $27 a day.

"These people are exploited from this very high street they are collecting food on," Khan says. 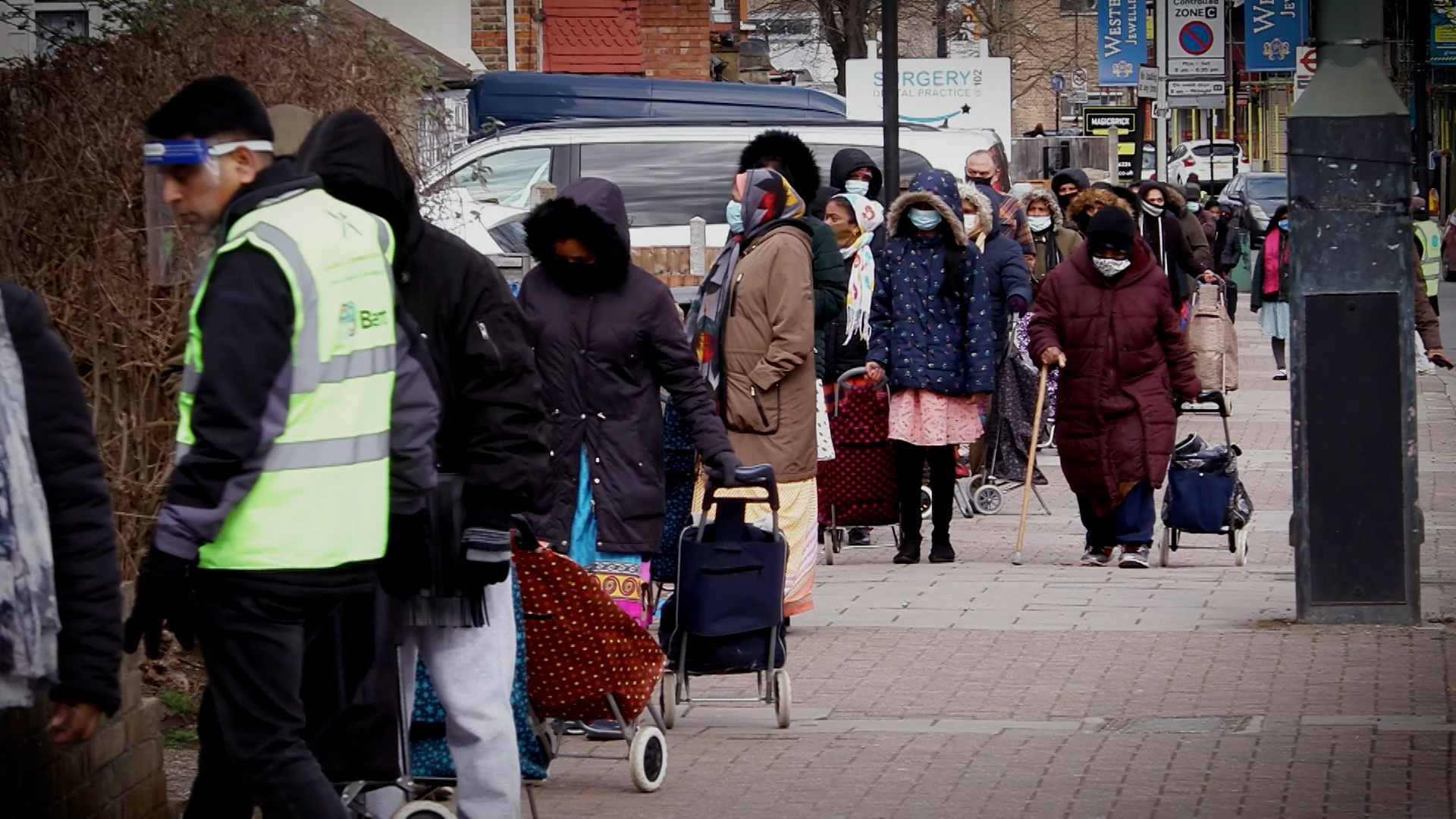 A queue for a food bank in London stretched over 2 kilometers./CGTN/ Nicole Johnston

A queue for a food bank in London stretched over 2 kilometers./CGTN/ Nicole Johnston

Kajal and Payal are university students in London. Both arrived in the UK last year and have been forced to take underpaid jobs to get by while they study from home. Both say they are paid less than $40 a day for working 12 hours.

And every week the number of people at the food bank grows. Five weeks ago it started with 200 people; this weekend it expects more than 1,000 people will line up.

Even children line up on behalf of their families for food. Dharmik, 11 years old, drags behind him a wheeled shopping bag as he collects food for his parents and brother.

A recent study found one in five children between the ages of eight and 17 in the UK has experienced food insecurity, and 13 percent have either visited a food bank or someone in their family has.

"This is happening all over the country," Khan says. "People aren't talking about it because there is some stigma and people don't want to accept that the borough they're living is in food-insecure."