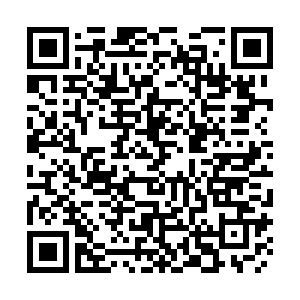 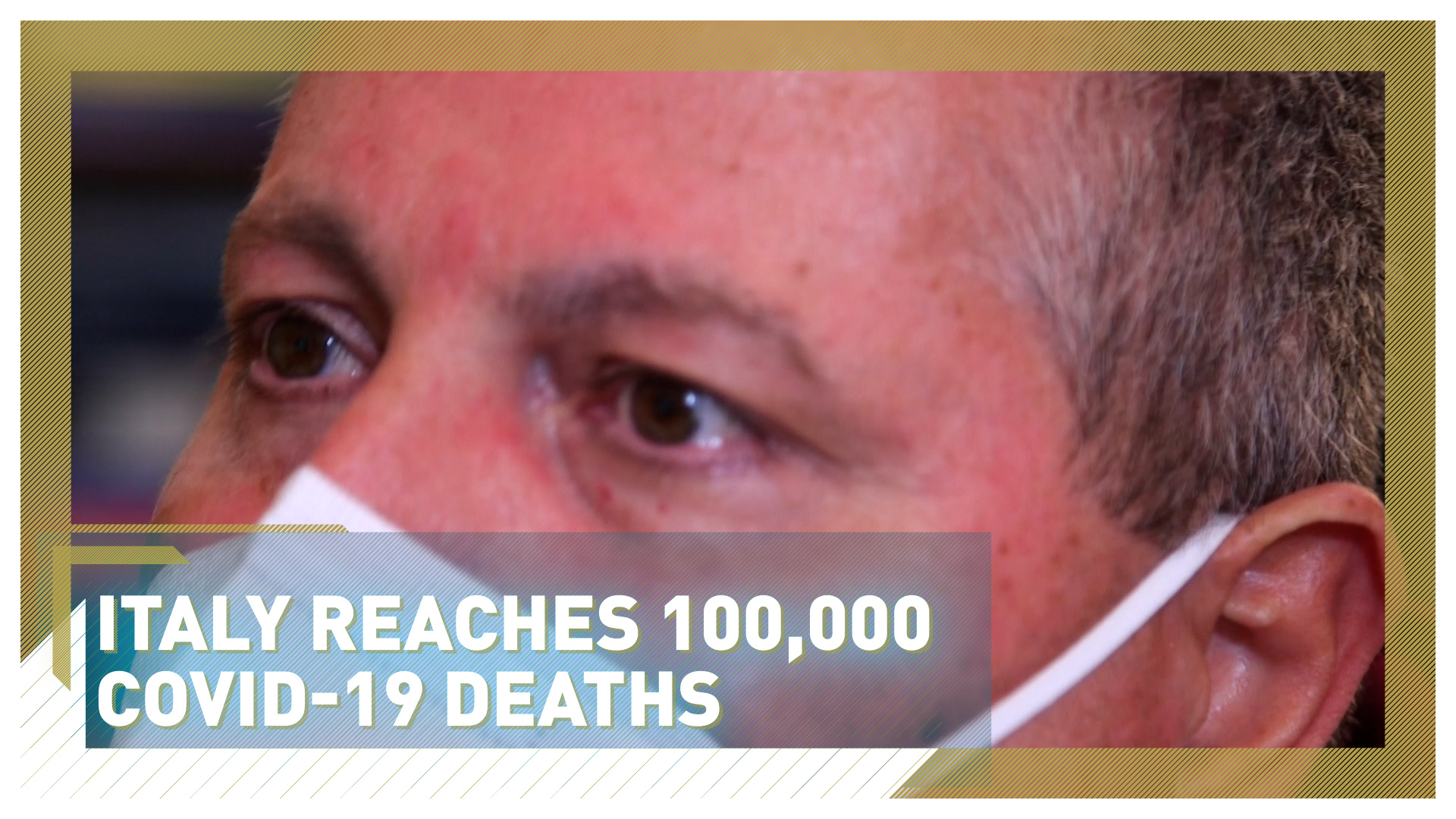 Italy has reached the grim milestone of 100,000 deaths during the COVID-19 pandemic and doctors say it's still unclear why the death toll has been so high.

In February the country recorded an average of 328 victims every day.

Carlo Riganelli knows only too well the pain of the pandemic, having lost both his parents to the coronavirus. As his father entered the ambulance, neither realized it would be their final farewell.

"He was silent, his eyes were sad and scared, very scared. And I said goodbye," says Riganelli.

"The night that he died they called me to say that he had been sealed in a bag and taken away… so I couldn't even see him. But at the funeral parlor they were kind enough to take pictures of his coffin while the priest was giving his blessing," he says.

In what Riganelli describes as a devastating twist of fate, his mother was then hospitalized with the virus. She deteriorated quickly and also passed away.

Lina and Rufino Riganelli had been married for 60 years and while elderly, were in good health. Their family says pleas to hospitalize them sooner were ignored by authorities.

"Especially for mum, she remained at home for another 10 days and when she was admitted it was too late. There was complete disorganization and lack of communication by the institutions," explains Riganelli. 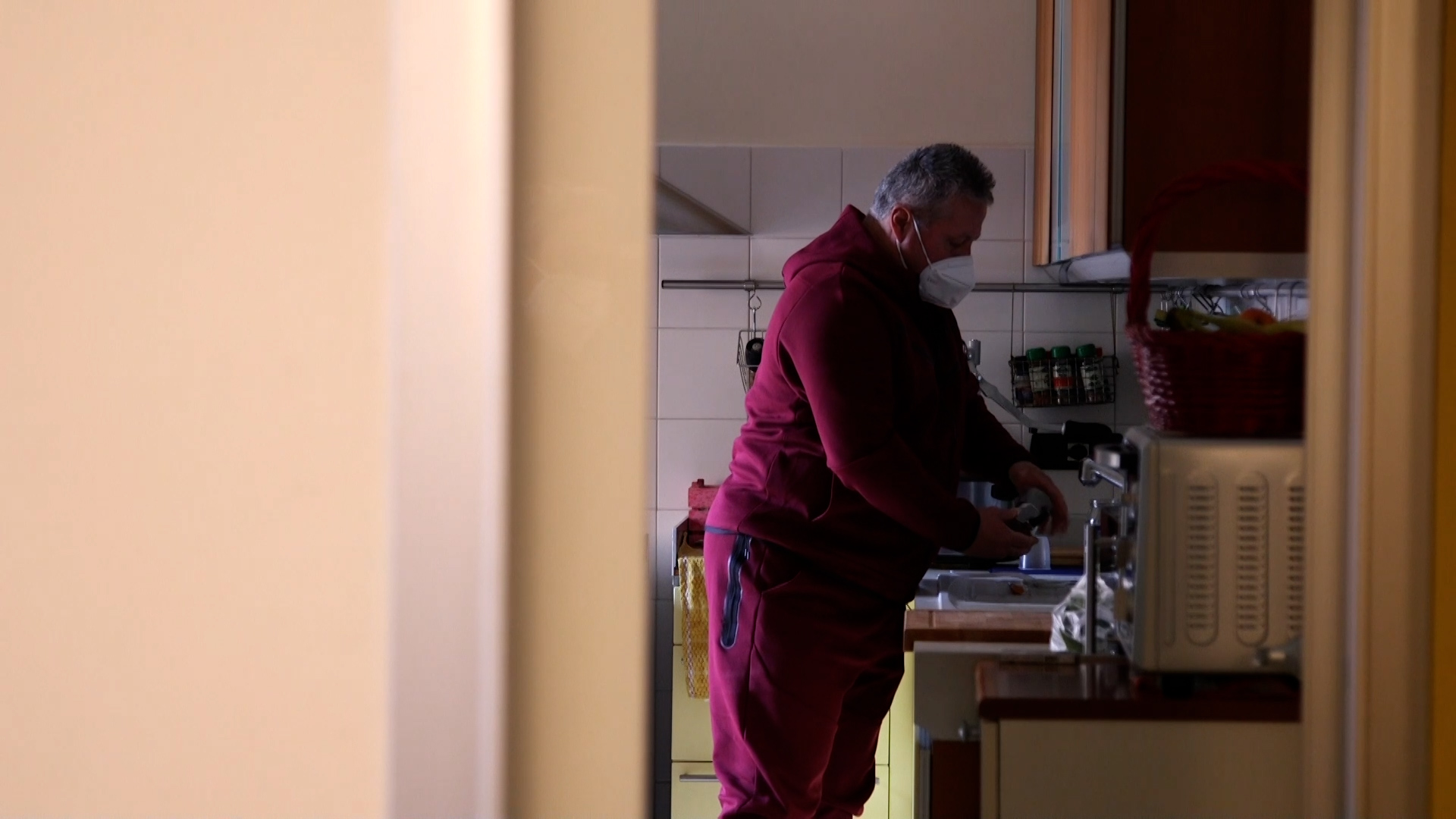 Carlo Riganelli lost both his parents to COVID-19 last year, he says the government mishandled the pandemic. /CGTN Europe

Carlo Riganelli lost both his parents to COVID-19 last year, he says the government mishandled the pandemic. /CGTN Europe

This is just one of hundreds of grieving families involved in legal action, accusing the government of mishandling the pandemic. The lawsuit is being led by the group Noi Denunceremo, which has so far filed 300 complaints of alleged negligence by authorities.

Doctors say more research needs to be done to determine why the country is so badly affected.

Giuseppe Ippolito is the scientific director of Italy's National Institute of Infectious Diseases.

"At the moment we don't have a clear explanation for this situation. We are an old population, but it is not enough to justify this mortality rate," he says.

"We need to continue to do research into the deaths and it must be evaluated in different contexts, by previous diseases, pathology and so on."

It is hoped the death toll will fall as the vaccine campaign for the elderly continues under new Prime Minister Mario Draghi. By the beginning of March, 4,3 million shots had been administered, with the aim to deliver 56 million by June.

But, one year on, the families of those who paid the ultimate price during the pandemic believe it is too little too late and have vowed to step-up their fight for justice.

The grieving Riganelli says it is the only way to be able to preserve the memory of those who lost their lives, "to say I did something… to know why they died."