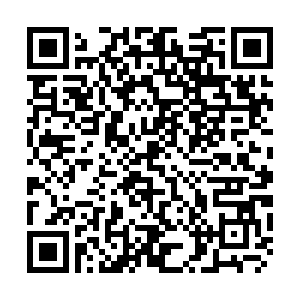 "Is it a supercycle? It all depends ... Supply is getting tight, it's looking good. China is strong and we need America kicking in with more demand."

Ivan Glasenberg, the outgoing boss of mining giant Glencore, may have reason to think he is ending his tenure at the firm on a high note. Glencore is enjoying a rising share price and will resume paying dividends to shareholders, despite making a $1.9 billion net loss for 2020 as COVID-19 throttled construction and heavy industry around the world.

Glencore isn't alone. Demand for commodities is booming amid hopes that a post-pandemic bounce could see governments embark on major, green infrastructure building. The prices of goods such as copper and iron ore are back at levels last seen in March, just as Europe and most major world economies went into lockdown.

Elsewhere, Bitcoin has finally breached the $50,000 mark – continuing a bull run in which its value has soared 350 percent in four months.

The controversial social media platform Parler is back online, but this time it says there are no deals with the "Big Tech" providers that blocked it after the Capitol Hill disturbances in early January.

And to many she is still a little-known quantity, so what can we expect of the new boss of the WTO, Ngozi Okonjo-Iweala?

Read on for more of the day's business news.

Underlying profit in the six months to the end of December rose to $6.04 billion from $5.19 billion last year, while the company's dividend payouts hit a record $5.1 billion, meaning shareholders in the Anglo-Australian company will receive a payment of $1.01 per share, up from $0.65 on last year.

BHP, which has a dual listing in London and Sydney, has overtaken Royal Dutch Shell and Unilever to become the biggest company by market capitalization in the UK, with a valuation of $170 billion. Hopes are high that with the pandemic over, many economies will see green development and construction as their best route to growth.

Meanwhile Glencore, the world's biggest mining company by valuation, has announced it is to resume making dividend payments for the first time since August. Investors in the Anglo-Swiss multinational, will receive a payout of $1.6bn for 2020, equivalent to $0.12 per share, with outgoing CEO Ivan Glasenberg hinting at further returns if commodity prices remain strong and the company's debt burden continues to fall. Shares in Glencore were the biggest risers by midday in London.

The world's biggest iron ore producer, Rio Tinto, is also expected to declare a rise in its dividend when it reports full-year results on Wednesday. Analysts expect a final dividend allocation upwards of $5 billion, taking returns over the past financial year to $7.8 billion. Shares in Rio Tinto have risen by close to 40 percent over the past year.

Shares in the Japanese tech backer SoftBank Group have closed at a record high after the firm revealed big gains in its flagship funds. Shares on the Nikkei 225 index closed up 4 percent at $98 each, above a previous record high reached in February 2000. Shares in the group have climbed almost 300 percent from lows hit last March at the start of the COVID-19 pandemic.

New rules forcing Google and Facebook to pay for access to local news in Australia are expected to get the go-ahead after a deal was struck between opposition politicians and ruling conservatives in Canberra. At a meeting on Tuesday, Labor politicians agreed support for the planned News Media Bargaining Code that will make the tech giants pay for access to news content created by Australian outlets. Google has previously threatened to pull its search service out of the country entirely if the plans become law.

The UK competition regulator has intervened in the planned sale of eBay's classified adverts business to Norway's Adevinta group, over concerns it may lead to "higher prices and less choice." If it goes ahead, the $9.2 billion deal would create the world's largest classified adverts group, including well known brands like Gumtree and Motors.co.uk. Adevinta and eBay have until February 23 to offer alternative legally binding options to the UK Competition and Markets Authority.

Bitcoin has finally burst through the $50,000 mark for the first time, reaching record new highs on its continuing upward run. The digital currency, which has been boosted by recent corporate interest from Uber and PayPal, was hovering just above $50,000 by midday in London, extending a bull run that began last October, which has pushed up Bitcoin's price rise by 350 percent since.

The controversial social media platform Parler is back online after more than a month suspended from service. The app, a favorite among supporters of the former U.S. President Donald Trump, was banned from Google and Apple's app stores and Amazon's web-hosting service after the riots on Capitol Hill in early January. Parler says service will be restored to existing users first, with new applicants able to sign up in a week's time, adding it was no longer working with "Big Tech" providers.

The UK may need an extra $84 billion in revenue to meet spending targets, according to research from a leading think tank. The respected Institute for Fiscal Studies says it believes the UK is "on track for ongoing unsustainable deficits [and] a reckoning in the form of big future tax rises is highly likely, but not as yet inevitable. The UK's chief finance minister Rishi Sunak is due to deliver the budget on March 3.

Eurozone GDP shrank by 0.6 percent in the three months to December, according to new figures from the bloc's statistics body Eurostat. The result is still ahead of estimates, although economists fear a double-dip recession in some member states will shrink output figures in early 2021.

Consumer confidence has risen in Germany ahead of expectations, on hopes that consumer spending may surge as the COVID-19 lockdown ends. The influential  ZEW economic research institute says investor sentiment jumped to 71.2 points in February, up from 61.8 in January, with hopes that the EU's largest economy may be back in growth within six months, aided by a boost in services and retail activity.

China is poised to roll out specific targets for green energy use in provincial regions, as part of the country's ambitious goal to see peaking carbon emissions by 2030. All province-level regions will be given annual targets for meeting a share of their total power consumption through renewables, including hydrogen, wind, solar and biomass over the next decade, according to draft plans from the National Energy Administration.

Israeli vegan start-up Redefine Meat says it is planning to launch 3D-printed meat substitutes after raising $29 million in a round of new venture capital funding. The Tel- Aviv based group is applying 3D-printing technology to mimic plant-based food formulations with the appearance, texture and flavor of meat. It says it will use the money raised from backers Happiness Capital and Hanaco Ventures to set up a large-scale pilot before rolling out production later this year.

Amazon is to begin manufacturing devices in India for the first time. The online retail giant is partnering with a subsidiary of electronics manufacturer Foxconn in Chennai to make Amazon Fire TV streaming sticks. In a blog post, the company said that, with Foxconn's Cloud Network Technology, it hoped to make  hundreds of thousands of the devices annually for customers in India, while it will "continuously evaluate scaling capacity to additional marketplaces."

Meanwhile, an investigation by a leading consumer group in the UK has found that fake reviews for Amazon Marketplace merchandise are being sold online "in bulk". Which? Claims it has uncovered 10 websites selling fake reviews from $7 each, offering payments of free products and tokens in return. In a statement, Amazon said: "We remove fake reviews and take action against anyone involved in abuse."

WATCH: Ice skaters across Europe are braving the cold to take advantage of frozen canals, lakes and fjords. 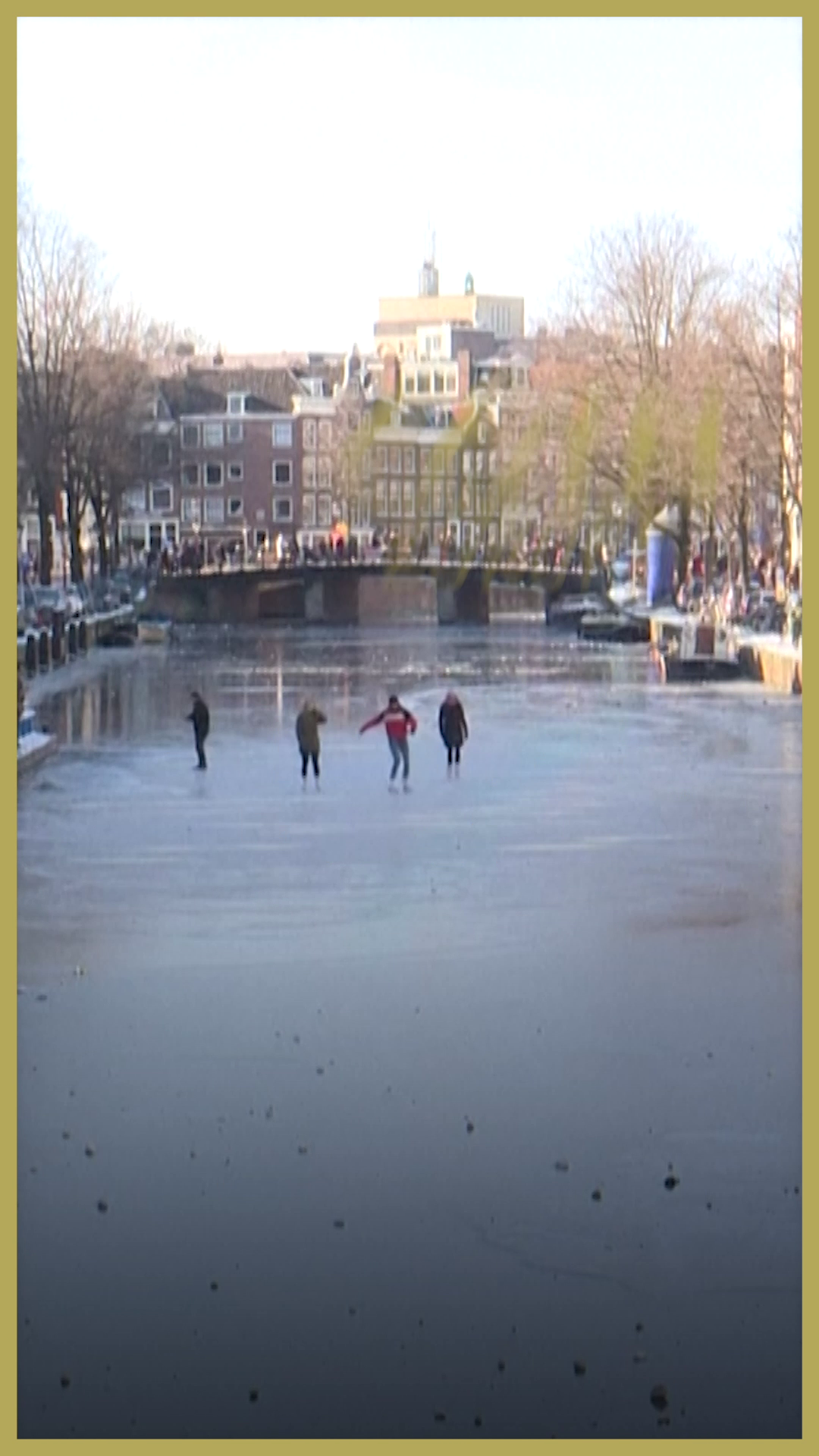 The World Trade Organization has, for the first time in its history, appointed a woman as its director-general. Economist and former Nigerian finance minister Ngozi Okonjo-Iweala replaces Brazilian Roberto Azevedo, who quit a year early in August. She is also the first African to lead the WTO, beating a field of eight candidates to secure the top job.

CGTN Europe spoke to Hosuk Lee-Makiyama, director of the European Centre for International Political Economy, about her groundbreaking appointment.

Ngozi has a very impressive resume as a World Bank director, where she made a stellar career and she also is known as a very stern and disciplined finance minister of Nigeria, but she fundamentally lacks any trade negotiation experience, which is actually critical for this.

The World Trade Organization is very much unlike other international organizations, it doesn't run any programs, there is a skeleton crew and it doesn't issue any loans. There's actually no activity in the World Trade Organization except for the negotiation that takes place between its 164 members, each of which has a veto. That means that you need to be a diplomat first ... and second, perhaps a program manager.

So what will be her main challenges, both personally and for the organization?

The organization needs to be restarted. As we have seen over the past few years, the U.S. administration, not just under Trump but also under Obama, has been obstructing some of the functions of the WTO, including its judiciary function. It needs to be resolved. Of course no great power, the United States nor China nor Europe will give in without actually getting something in return. And, also, there are several half-baked deals that are in the making that are actually still very, very far away from completion that need to be delivered before the next ministerial conference next year. So there's a lot of work to do and she needs to get started from day one.

Do you think that there is still a need for the World Trade Organization at this time?

There are a number of great trade deals that have been signed in recent years, not least the ASEAN deal, that are actually not tied by any bilateral trade deals. So, for example, the EU has no trade deals between the United States or China and much of the South/South trade is actually taking place on WTO terms. And also, one thing that we need to bear in mind is that most of the bilateral or regional trade agreements don't have an enforcement mechanism. So, basically, they are good faith agreements. There is no effective court system that can actually handle violations against these trade deals, so therefore, WTO becomes basically the contract of last resort.

And finally - the global rush for commodities is leading to booming prices for goods such as iron ore and copper, especially with mines around the world closed for long periods. An industry survey has found that Australia is expected to be the major commodity-producing nation least affected by COVID-19, and expected to emerge from the pandemic fastest.