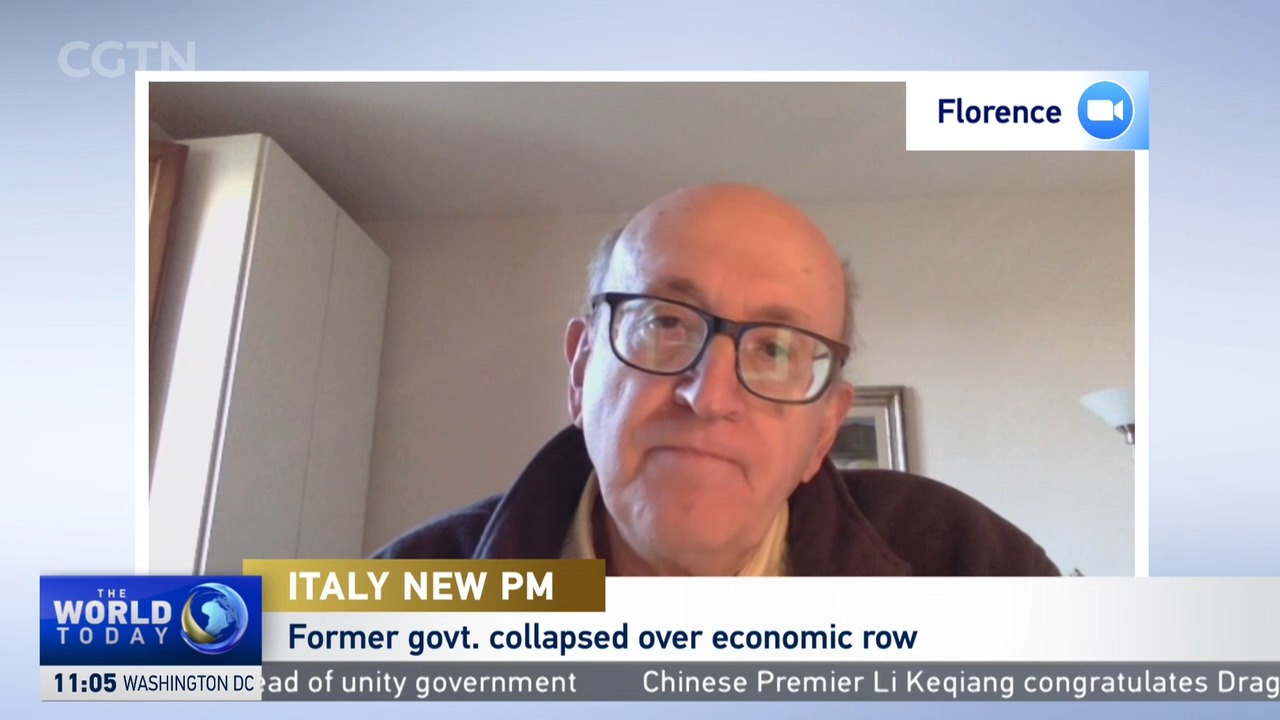 Italy's new prime minister Mario Draghi is putting the fight against climate change at the heart of his policy agenda as he creates a green "superministry" to ensure a transition to renewable energy drives economic recovery.

Roberto D'Alimonte is a professor of Italian politics at the Luiss-Guido Carli University in Florence. Speaking to CGTN Europe, he said: "People have great confidence in Mario Draghi, he has a great reputation and has put together a clever mix of experts and politicians."

Italy's focus on a green recovery will help ensure the country can make full use of a pot of European Union money earmarked to help Italy recover from the pandemic. $240 billion is available to Italy, but 37 percent of it must be dedicated to the transition to a low-carbon economy.

D'Alimonte noted that the money is not guaranteed and will only arrive in Italy's wallet "if the EU is convinced that it will be put to good use."

Domestically, the creation of the ecology transition ministry has helped win over Italy's 5-Star Movement. The party prides itself on its green credentials but had initially been reluctant to support Draghi's government.

Some members of the party say plans don't go far enough and that Italy should mimic France's energy transition ministry, which also oversees transport and infrastructure.