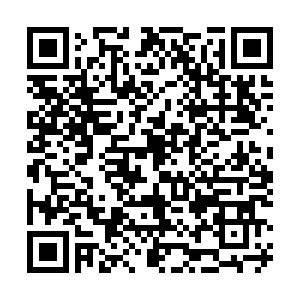 - Malta, the leading EU country for percentage of population vaccinated, has credited the bloc's joint procurement for its success, but stressed moves need to be made to counter worrying virus variants.

- U.S. pharmaceutical giant Johnson & Johnson has applied for authorization for its vaccine in the EU with a decision possible by the middle of March, Europe's drugs regulator said on Tuesday.

- Health authorities in the Netherlands believe the variant of the virus first found in the UK  has resulted in a rise in COVID-19 cases after weeks of decline. The country's health institute says there were 25, 229 new cases over the previous seven days.

- Germany's Economy Minister Peter Altmaier has dashed business lobby groups' hopes for a quick reopening of the economy, saying the country should not rush to ease restrictions as this could risk another wave of infections.

- The EU is adding clauses to contracts with vaccine makers, which would allow the bloc to gain access to possible upgraded shots that may offer better protection against variants of the virus, three EU sources said.

- The UK has added an additional 800,000 people to the vaccine priority list and ordered them to self-isolate until they have had the jab.

- Germany plans to offer all citizens rapid coronavirus tests free of charge from March 1, its health minister said on Tuesday.

- The UK will provide COVID-19 vaccine certificates for its residents if they are required by other countries, although it is not planning to introduce them for use at home, according to Vaccines Minister Nadhim Zahawi.

- European Commission President Ursula von der Leyen says the European Union will this week kick-off a new program to study mutations of the COVID-19 virus, in a bid to prepare for the next generation of vaccines that might be needed.

- France is to host experimental concerts in Paris and Marseille in the spring to help decide when and how the country can safely reopen its culture sector. Plans are in place for 1,000 people to attend a seated event at the Marseille Dome in the second half of March.

- A Dutch court has ordered an immediate end to the country's 9 p.m. curfew after deciding there was no "special urgency" required to make use of the Act on Extraordinary Powers at the time it was put in place. The curfew needs to be lifted immediately, even if the government decides to appeal.

- Boris Johnson says rapid lateral flow tests could enable the reopening of nightclubs, theaters and other parts of the economy that have remained shut for the past 12 months.

- The World Trade Organization's incoming chief on Monday warned against "vaccine nationalism" that would slow progress in ending the pandemic and could erode economic growth for all countries – rich and poor.

- The heads of Europe's medicines agencies will meet on Thursday amid a vaccine shortfall. The meeting follows another setback after several member states, including France, Germany, Italy, Poland and Belgium, recommended the AstraZeneca jab not be used in older people due to insufficient data on how it affects them.

- AstraZeneca has asked the Czechia authorities about possible demand for more vaccine later this year, but any supplies would have to comply with EU agreements, the company and Czech Health Minister Jan Blatny said on Monday.

The EU is set to begin a program that will study new variants of COVID-19 to help the bloc develop the next generation of vaccines to fight the virus. /AFP

The EU is set to begin a program that will study new variants of COVID-19 to help the bloc develop the next generation of vaccines to fight the virus. /AFP

The first stage of a national medical mobilization strategy, which has been labeled the "White Plan" for hospitals, has been reactivated to come into force from February 18.

The plan makes it possible for hospitals to better prepare for receiving more patients, to increase the number of ICU beds, and to delay certain non-urgent operations. It also makes it possible to call in back-up personnel.

The situation in intensive care is not as precarious as in either spring 2020 (7,000 patients in ICU) or fall 2020 (4,900 patients) but the overall health situation in the east of France is deteriorating to such an extent that the White Plan is considered essential.

The government says 30,000 extra doses of the Pfizer-BioNTech COVID-19 vaccine are being sent to the region of Moselle, which borders Belgium, Luxembourg and Germany.

Separately, the culture minister has announced two "test" concerts, one in Marseille in the first two weeks of March and another in Paris in April, as long as there is no "disastrous deterioration in the health situation."

Roselyne Bachelot says the government is ready to establish "pilot zones" to see if theaters, museums and galleries can reopen to the public. Cinemas, national monuments and opera houses have all been closed since October 2020. 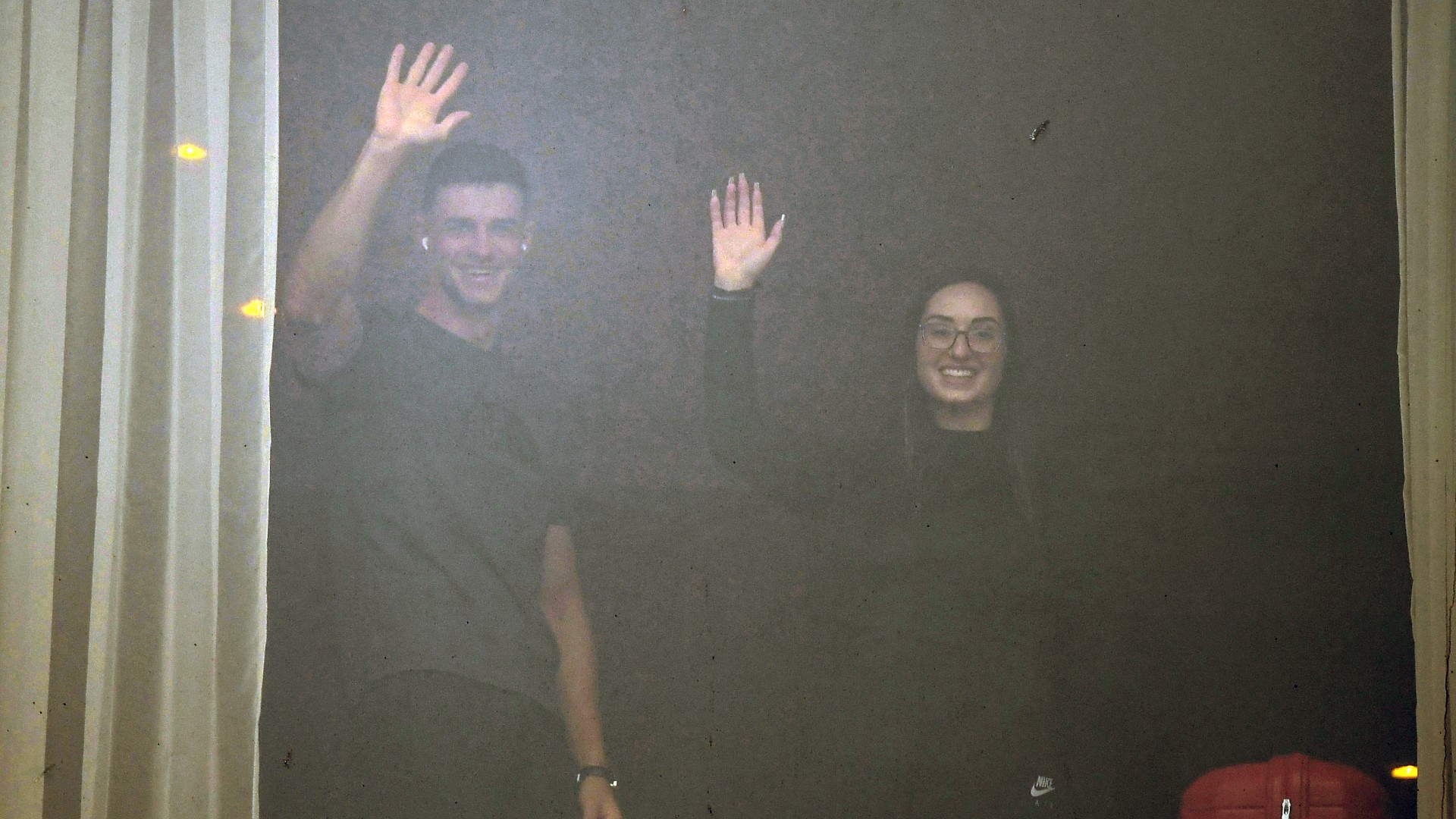 Hotel quarantine restrictions came into force in the UK on Monday, but there was confusion at Heathrow as passengers who had to isolate mingled with other travelers. /AFP

Hotel quarantine restrictions came into force in the UK on Monday, but there was confusion at Heathrow as passengers who had to isolate mingled with other travelers. /AFP

After the first day of a new quarantine system in some UK airports, it's become clear there was confusion and not all travelers arriving were kept apart from other passengers. New regulations were only issued a few hours before the system was introduced.

All UK and Irish citizens and UK residents who arrive after being in a "high-risk" country have to self-isolate in hotels for 10 days and pay $2,400 for accommodation, food, transport and a test.

As pressure mounts on Prime Minister Boris Johnson to decide when the UK moves out of lockdown, government scientists say social distancing will have to be in place for a while yet. Maintaining a 1 meter space between people and the regular washing of hands are advocated, despite the speedy vaccination program.

The problem is that it would hit shops, pubs, cinemas and theaters after reopening. In his latest press briefing, Johnson said he wouldn't allow the virus to rip through younger generations. He repeated that "no vaccination program is 100 percent effective," as part of a reason why social distancing may be in place for a long time. 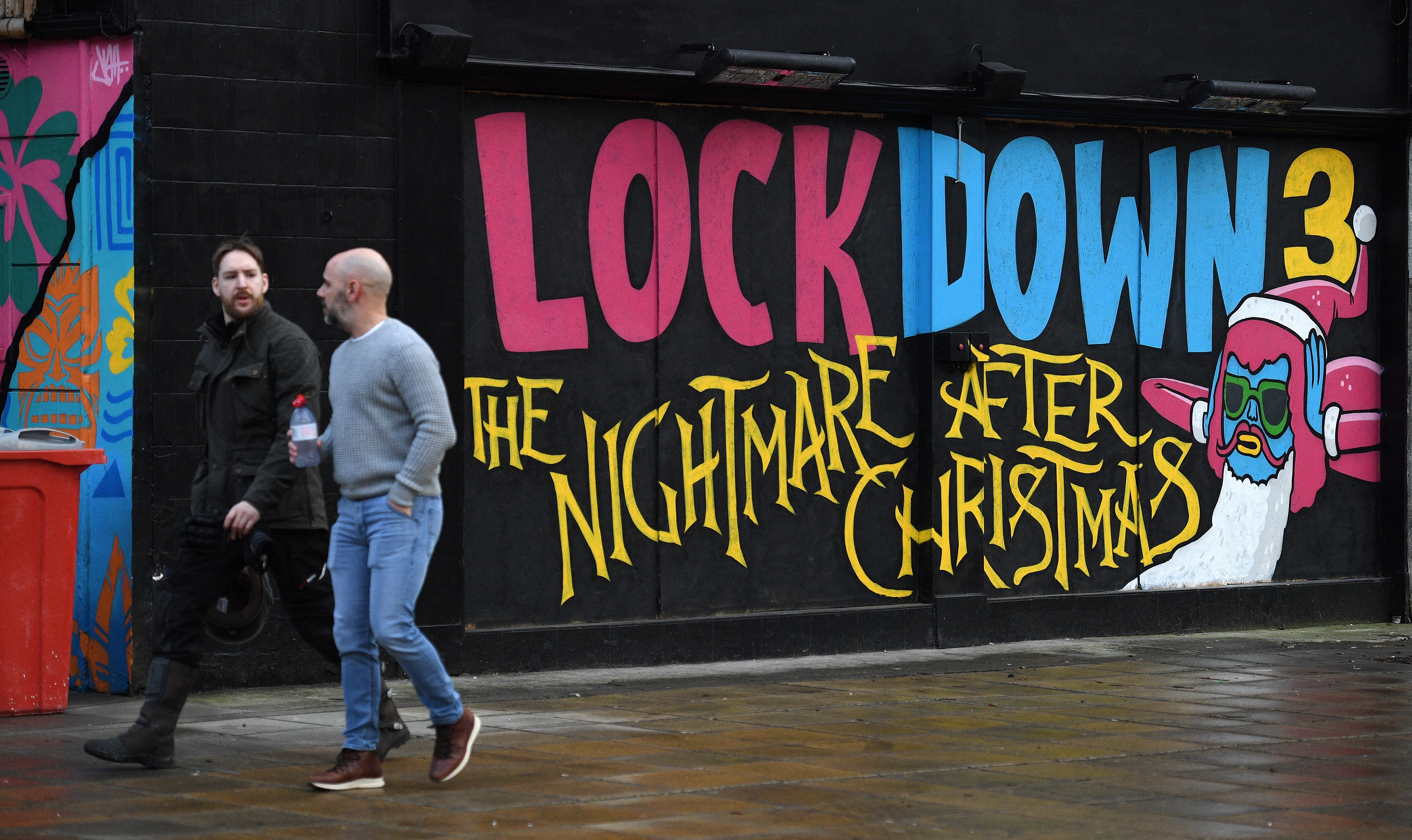 Pressure is mounting on UK Prime Minister Boris Johnson to announce when and how quickly the country will move out of lockdown. /AFP

Pressure is mounting on UK Prime Minister Boris Johnson to announce when and how quickly the country will move out of lockdown. /AFP

On Tuesday morning, a Dutch court ordered the government to lift the country's 9 p.m. curfew with immediate effect. It ruled that it didn't have sufficient grounds to use the Act on Extraordinary Powers at the time it was put in place. The curfew must be lifted even if the government opts to appeal the ruling.

New data have also revealed the Dutch economy shrank by 3.8 percent in 2020. According to the Central Bureau of Statistics (CBS), this is the strongest contraction ever recorded. Compared with neighboring countries, the damage is relatively mild. Germany reported a contraction of 5 percent, France 9 percent, the UK 10 percent and Spain 11 percent. The excellent health of the Dutch economy is partly due to its structure. The country is strongly focused on services and not so much on production.

Next month, the Netherlands will hold a test with two events to see if it is possible to relax measures. On both days, the test festivals will accommodate 1,500 people, divided into groups of 500. On Monday, the first day of ticket sales, the organizers had already received 63,000 applications from people who wanted to attend. At all test events, visitors must show a negative COVID-19 test result. The temperature of all attendees will also be taken at the entrance.

On Monday, the country recorded 2,875 new cases, considerably less than the weekly daily average of 3,469. However, on Sunday and Monday, some testing centers were closed because of the bad weather conditions.

The European Commission has expressed concern at Belgium's ban on all non-essential travel, which has now been extended to April 1. The main question for Brussels is whether the measure is proportionate or not. The number of new daily infections in Belgium has fallen to its lowest level since December, down 20 percent in the past week to an average of 1,809 a day.

There is also frustration that Belgium has taken unilateral action after member states agreed to take a coordinated approach to COVID-19 restrictions. The Belgian government will meet again on February 26 to re-evaluate the current measures.

CGTN Europe: Fish to be renamed in campaign to attract new UK customers