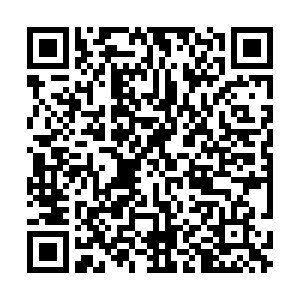 • Serbia has donated a batch of 8,000 doses of the Pfizer-BioNTech jab to North Macedonia, which is yet to begin its vaccination program.

• Italy's government has delayed the reopening of its ski resorts until at least March 5 after a surge in new infections of the virus variants. Slopes in some regions, including Lombardy, were due to open again on Monday after months of closures.

• Spain is planning to launch a new aid package by the end of March to help companies struggling financially amid the pandemic, Economy Minister Nadia Calvino said.

• Malta's nurses union has warned its hospitals face a staffing crisis after losing around 150 of its 600 nurses since December. The Malta Union for Midwives and Nurses blames the resignations on the UK, which they say has been enticing staff with offers of better pay and conditions.

• The World Health Organization has listed the Oxford University-AstraZeneca jab for emergency use, meaning it can now be used in the COVAX program, enabling access to vaccines for less developed countries. "We now have all the pieces in place for the rapid distribution of vaccines. But we still need to scale up production," said Tedros Adhanom Ghebreyesus, WHO director-general.

• Germany has defended its decision to impose border controls on Czechia and Austria, after receiving criticism from the EU. "We have a situation in which we had to take all the necessary steps to prevent the virus variants ... spreading as quickly in Germany as they are doing unfortunately in neighboring countries," Steffen Seibert, Chancellor Angela Merkel's chief spokesman, said.

• Portugal's tourism sector suffered its worst results since the mid-1980s last year as the pandemic took its toll. Just under 4 million foreign tourists stayed in Portugal's hotels in 2020, a 76 percent slump from a record 16.4 million people in 2019, while the number of overnight stays by non-residents fell by 75 percent year-on-year to 12.3 million, its lowest level since 1984.

• France's vaccination chief Alain Fischer said on Monday that the vaccine developed by U.S. pharmaceutical firm Johnson & Johnson should be approved in Europe soon and could be rolled out across the country by April.

•  Austria's government is to decide on March 1 whether to ease some of its restrictions, a move that could come into effect around Easter at the earliest, Chancellor Sebastian Kurz has said.

• The UK has opened its quarantine hotels for people arriving into the country. All UK nationals or residents arriving back in England from high-risk countries will now have to check into government-designated accommodation to begin a 10-day quarantine period. READ MORE IN THE ACROSS EUROPE SECTION, BELOW

• An Israeli study on more than 1 million vaccinated and unvaccinated people, suggests the Pfizer-BioNTech jab gives 94 percent protection against the virus.

• The European Union is hoping to roll out vaccines to everyone who wants one by the end of the summer, according to EU Internal Market Commissioner Thierry Breton.

• The World health Organization's special envoy David Nabarro said he expects "some sort" of vaccine passport to be introduced in the next few months to allow people who have been vaccinated to move more freely. 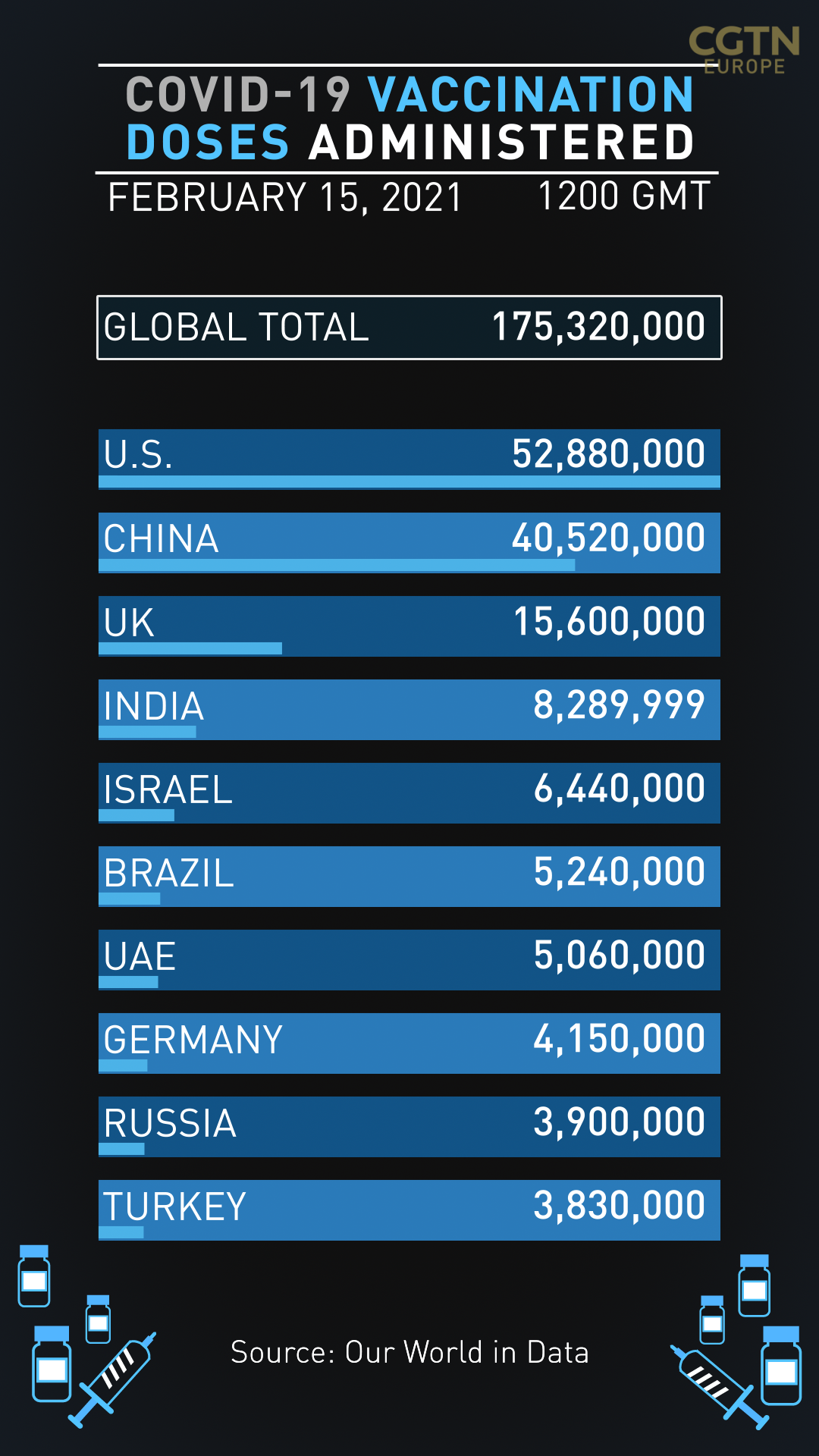 Authorities at London's Heathrow Airport have warned of chaos as the UK introduces quarantine rules for travelers arriving from 33 countries deemed to have high coronavirus caseloads.

People are expected to stay and pay for 10 days in hotels nearby. There are fears, however, that some passengers could be queueing for up to five hours and some flights will be suspended as the government's new border controls come into force. In Scotland all arrivals will need to quarantine.

While the health service vaccination drive is succeeding, with more than 15 million people receiving their first vaccine injection during the weekend, the pressure to lift the lockdown is increasing. More than 60 Conservative members of parliament, from the government's own party, argue that once the nine priority groups have been vaccinated, all restrictions around the lockdown, should be lifted.

Many sectors of industry are affected by the pandemic and last week's economic data underline the damage done to the UK. The tourism sector is the latest to call for help and with no foreign tourists, to ease travel restrictions before Easter in six weeks' time.

A total of 550,000 doses of China's Sinopharm vaccine will arrive in Hungary on Tuesday, the government has confirmed. It will be the first of four expected shipments, which will total 5 million doses by the end of May.

Vaccination with the Sinopharm jab will only get under way after examination by Hungary's National Centre for Public Health. Last week, Hungary started the roll-out of Russia's Sputnik V vaccine for certain segments of the population. The country is also using the Moderna, Pfizer-BioNtech and Oxford University-AstraZeneca vaccines.

Hungary relaxed conditions for vaccine registration at the end of January in an effort to accelerate its immunization campaign. It is the first European Union member to use vaccines from Russia and China. 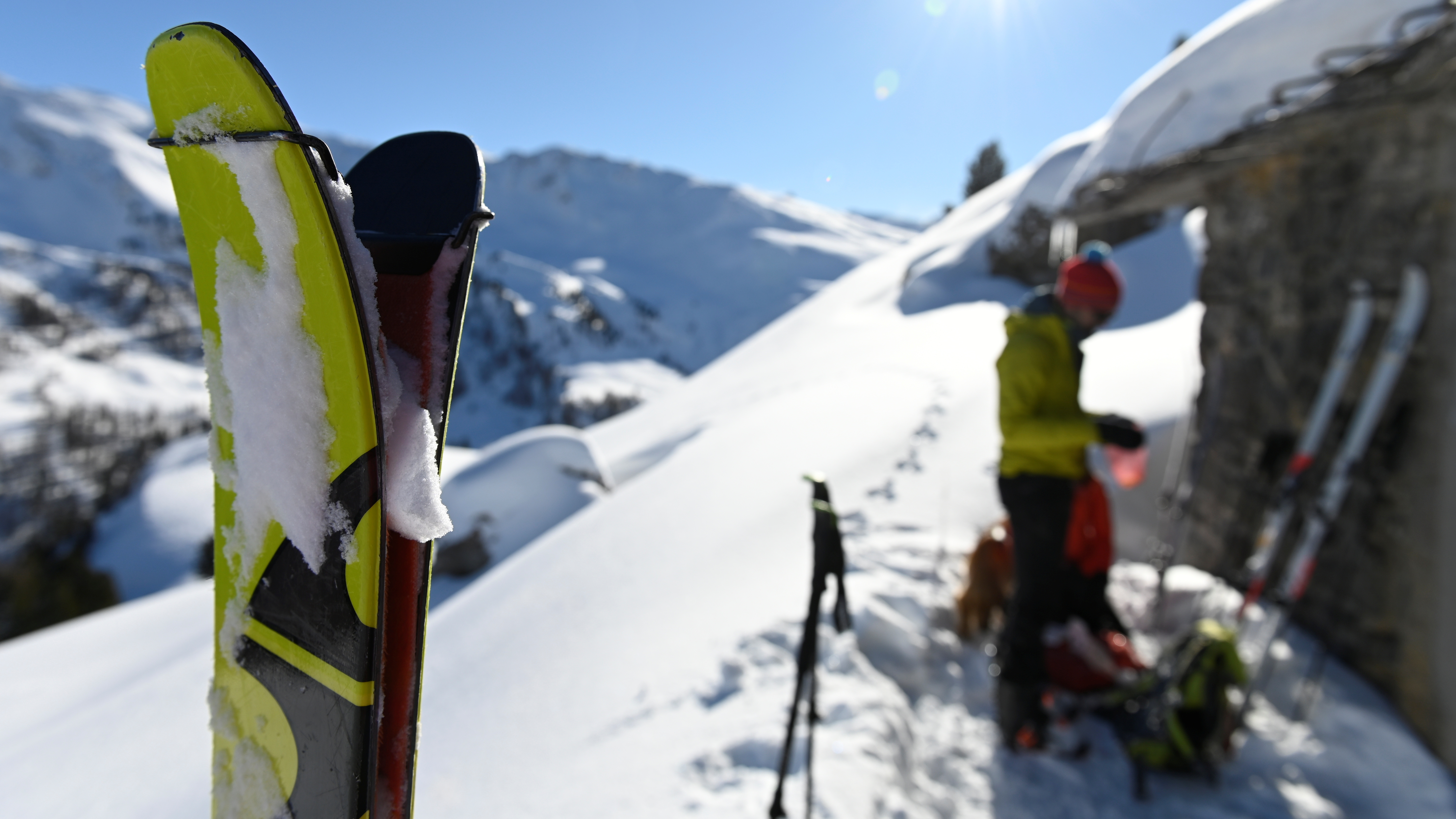 Italy's government has delayed the reopening of its ski resorts until at least March 5 after a surge in new infections of the virus variants. /AP

Italy's government has delayed the reopening of its ski resorts until at least March 5 after a surge in new infections of the virus variants. /AP

A tightening of coronavirus measures linked to schools are being introduced in parts of France under pressure from the COVID-19 variant first identified in the UK. School arrivals and departures will be brought forward or pushed back to try to stop pupils and parents mixing at drop-off and pick-up times.

These measures stop short of closing all schools – something mayors in the north of the country called for. The top regional official for northern France says the situation is "deteriorating badly," with regard to the variant which originally was found in the UK, with an incidence rate of 515 cases per 100,000 inhabitants compared with 384 last week.

Instead of shutting schools, officials in the north have called for a ramping-up of vaccination strategy, restricting all travel (around France, not just overseas) to just essential journeys and calling on people not to gather in family groups.

Regional elections in Catalonia have seen the pro-Madrid Socialist party winning the popular vote with 33 seats but fail to achieve an overall majority.

As expected, fears over COVID-19 pushed down voter turnout by just over 20 percent compared with the last election.

Polling stations were only open to older and other at-risk voters for the first two hours of the election and the final hour was allocated to voters with COVID-19.

The big winners from the election were arguably the far-right Vox Party, which will enter Catalonia's regional parliament for the first time after winning 11 seats.

The three main separatist parties are also set to increase their share, with 74 seats in the 135 member assembly. 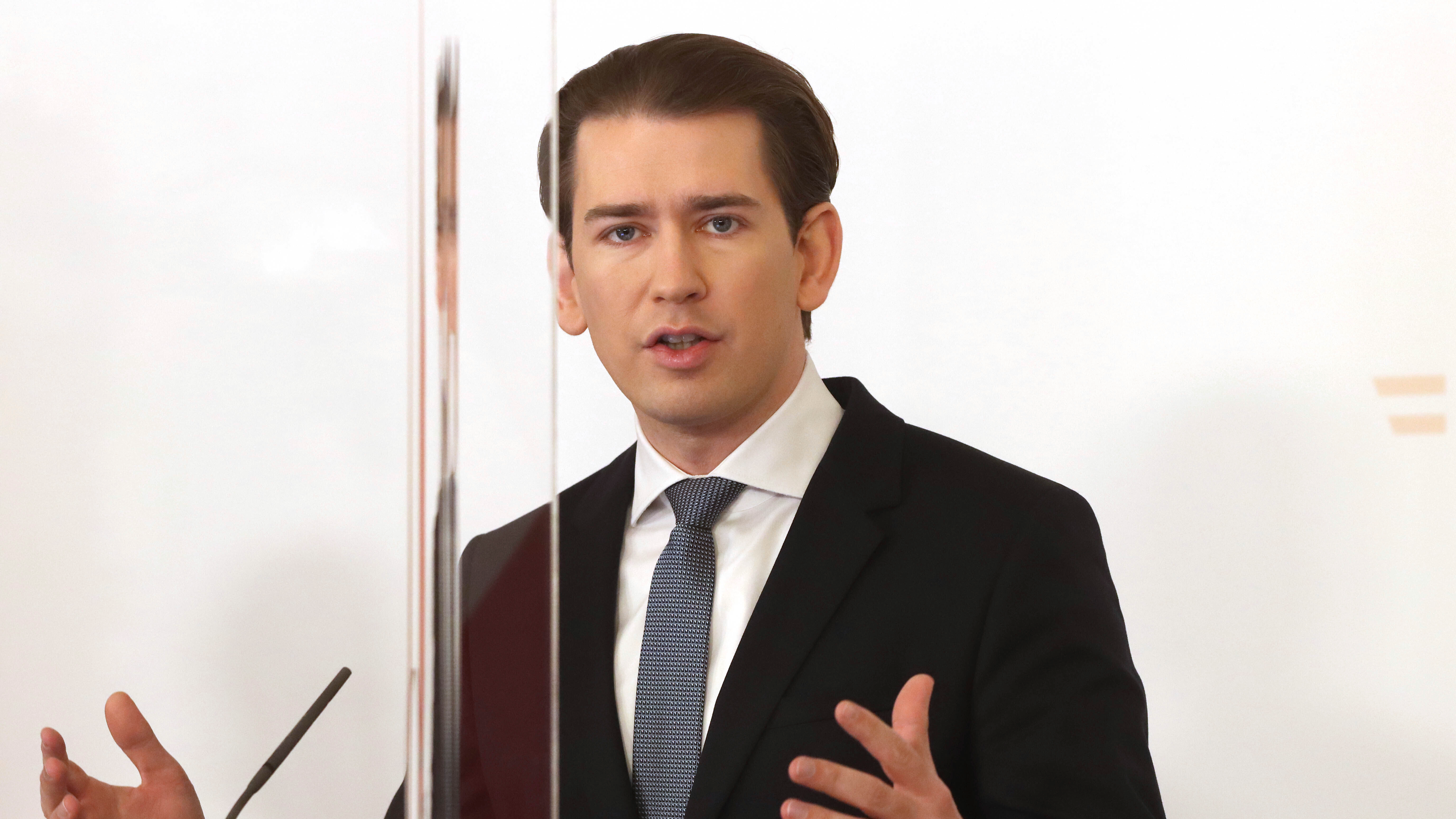 Austria's government is to decide on March 1 whether to ease some of its restrictions that could come into effect around Easter at the earliest. /AP

Austria's government is to decide on March 1 whether to ease some of its restrictions that could come into effect around Easter at the earliest. /AP