Torrential rain didn't hinder the arrival of Air Serbia's Airbus A330 at the Belgrade airport.

The plane traveled almost 8,000 km from Beijing to Belgrade, carrying a second batch of 500,000 doses of the Chinese Sinopharm COVID-19 vaccine, enough for a quarter of a million people.

Serbia's Prime Minister Ana Brnabic said upon the plane's arrival: "Thanks to these vaccines, we'll save thousands and thousands of lives. That's why I'm overjoyed this evening. And I don't know how to express all my gratitude to the People's Republic of China for this."

Almost a month ago, Serbia received the first batch of 1 million Sinopharm vaccines from China. As a result, Serbia has become the nation with the most people vaccinated per 100,000 citizens.

China's ambassador to Serbia, Chen Bo, said: "I'd like to express my highest admiration for the organization of the vaccination process in Serbia. and I'm happy that the Chinese vaccine contributed to that big achievement." 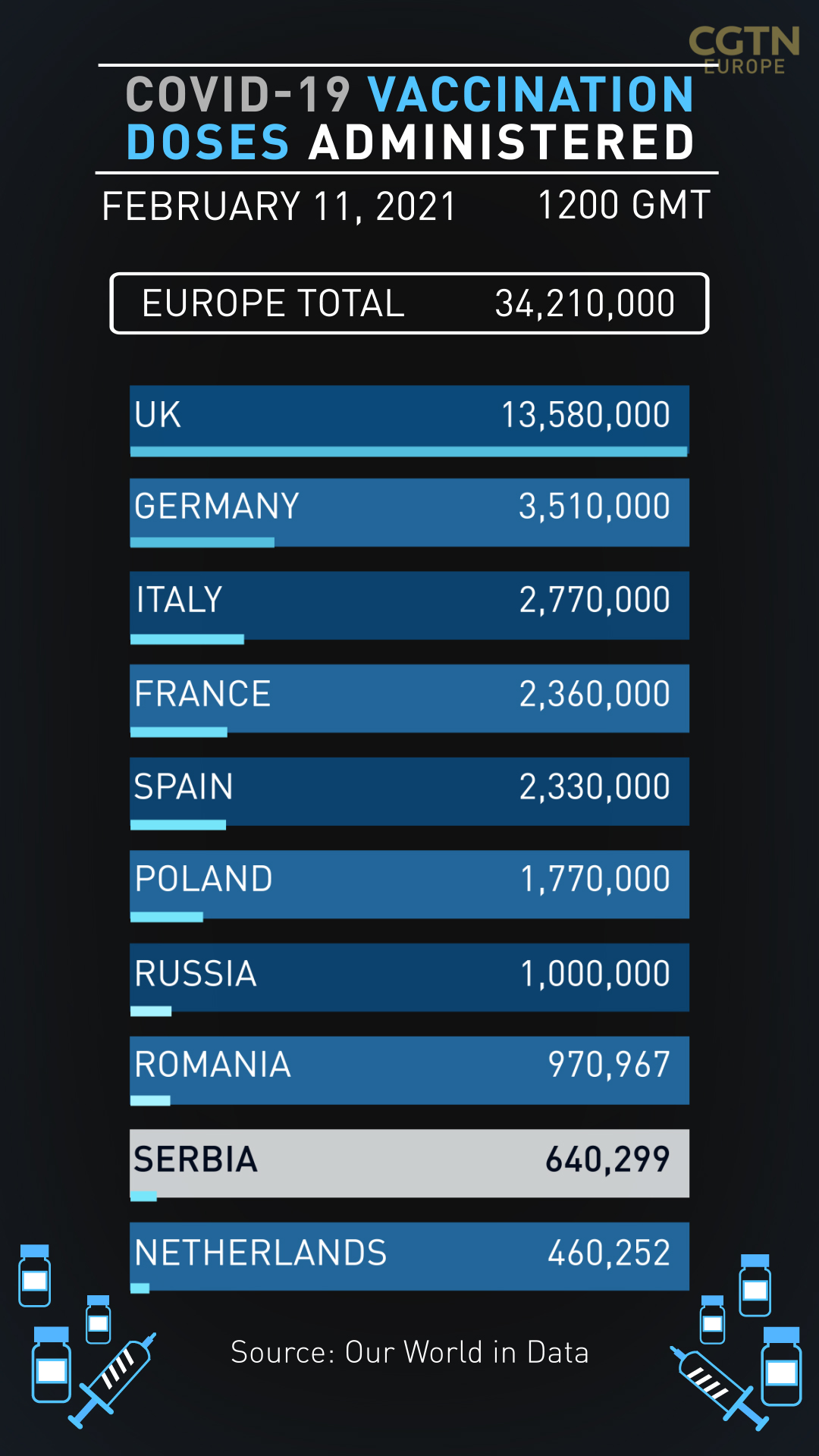 Belgrade Hall in the country's capital is just one of many advertized locations where the vaccine is available. In three out of its 13 halls, where vaccinations have been ongoing for weeks, Serbians can chose between the Pfizer-BioNTech jab, Russia's Sputnik V and the Chinese Sinopharm shot.

Three weeks ago, mass vaccination with the Sinopharm vaccine started being rolled out and now, for half a million people, it is time for a second dose. In a few days, Serbia will administer the first shot to more people, using the newly arrived batch of vaccines from China.

Czechia's Prime Minister Andrej Babis is paying close attention to Serbia's program to administer the second dose of the Sinopharm vaccine. He came to Belgrade on Wednesday just to witness first-hand how the roll-out in Serbia is working.

In the next few months, Serbia expects the arrival of another 2.5 million doses of the Sinopharm vaccine and almost 2 million doses of Russia's Sputnik V jab. With those, the country aims to quickly reach its mass-vaccination target and stem the spread of COVID-19.