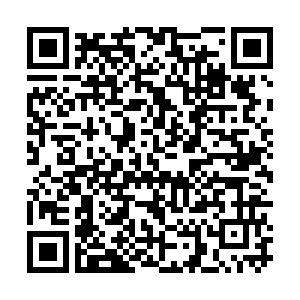 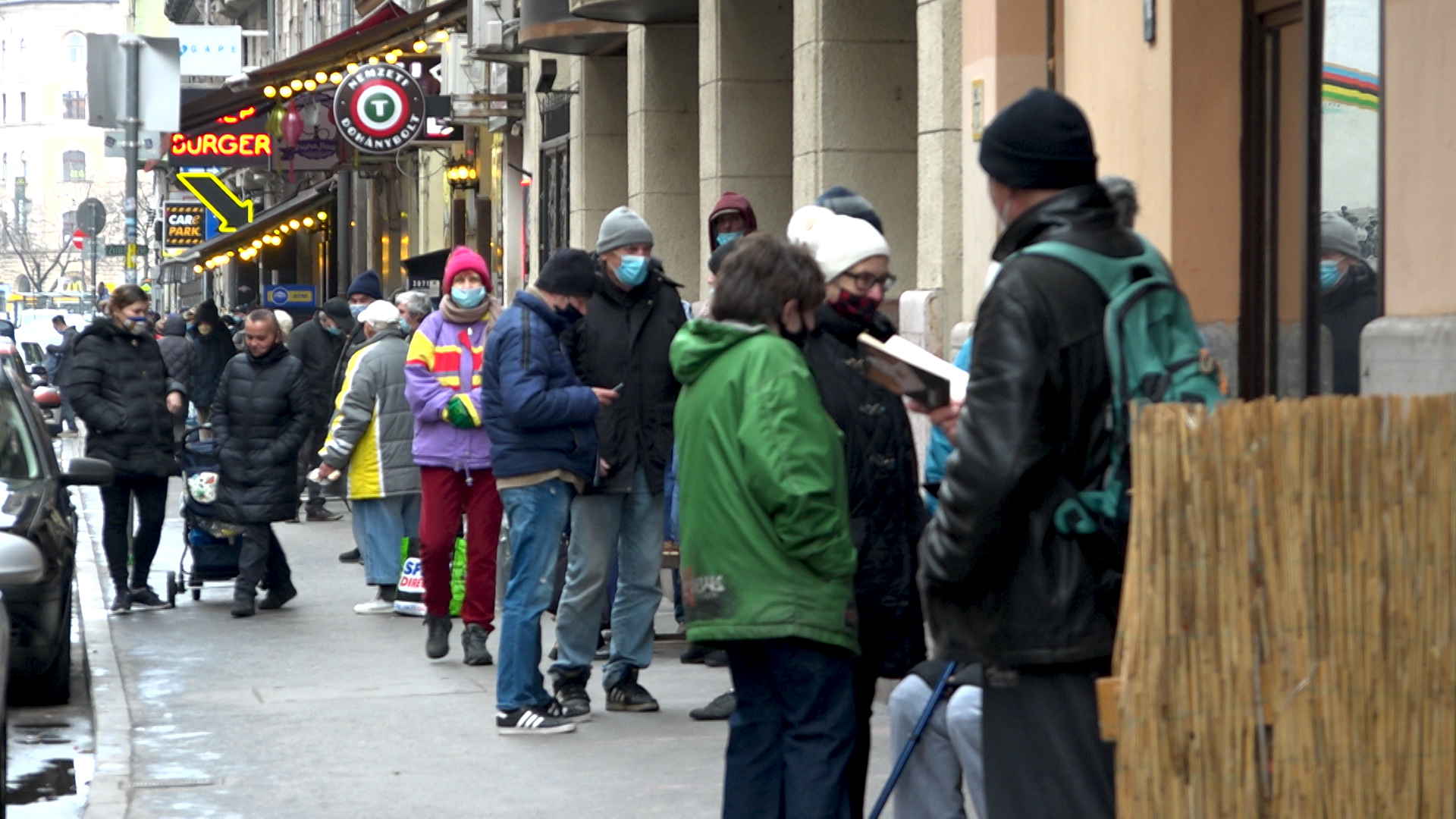 Krisztina Juhasz is an unemployed single mother of three waiting in front of a soup kitchen in central Budapest. She is the first of many families waiting in a line that stretches down the street.

"At the moment I receive support because of the baby. I don't know if I'll be able to go back to my workplace, because of the pandemic. That's still a question," she told CGTN Europe while standing next to the baby carrier where her daughter sits.

The soup kitchen is actually a restaurant called Kis Kulacs.

The owners decided to convert it into a soup kitchen in March when they had to close down due to the first wave of the pandemic.

But people kept coming, and now they are serving almost 700 meals every Saturday.

"It's very hard physically, but mentally it's really hard, especially to see the children," Nobert Bango said. "You see the children being happy about a single piece of orange and they thank you with tears in their eyes.

"We receive children so hungry that they open the packages and start eating right here in the street." 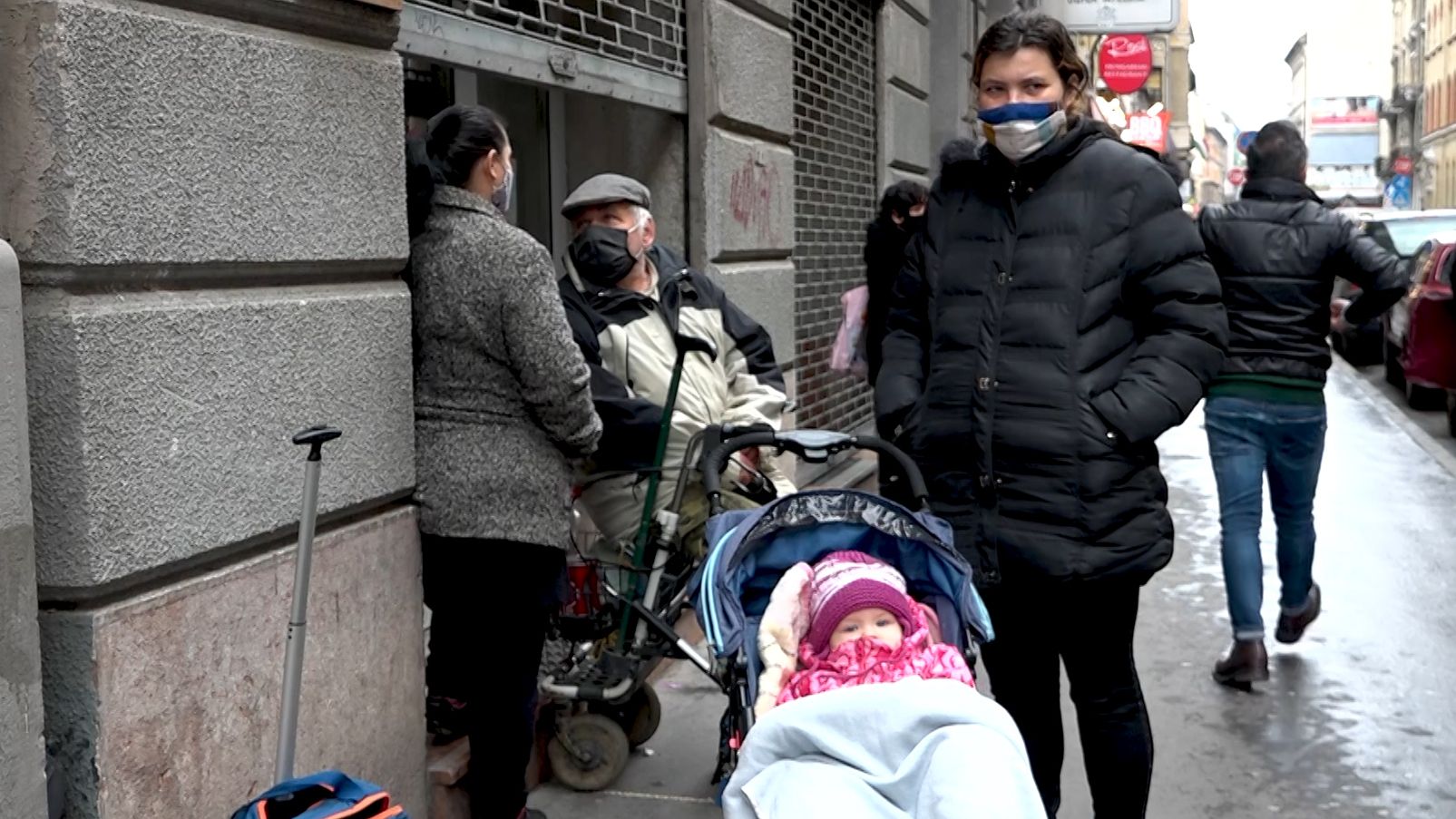 The restaurant dining room was turned into a food distribution line, with numerous plastic bags piling up on top of several tables, full of fruit or vegetables.

Another set of tables held countless containers ready to be distributed along with big loaves of bread.

The family-run project counts on donations and volunteers.

Bango said he hasn't received any help from the government, either to support the soup kitchen project or the restaurant itself, which is limited to serving via take-away and is struggling financially.

Hungary's unemployment rate is slowly rising but remains one of the lowest in the EU, at 9 percent according to Eurostat.

The Hungarian government claims this is a result of the "stellar performances" of its economic measures.

The Prime Minister Viktor Orban said that COVID-19 "could not break the economy," which was presenting positive results before the pandemic.

"The same number of people were employed in December 2020 as in 2019, before the coronavirus crisis hit," the Prime Minister said in a statement.

"The Hungarian Government has contributed to protecting more than 280,000 jobs while creating several tens of thousands of new ones."

However, experts say the official numbers don't reflect the reality - since not everyone is accounted for in Hungary's complex social security system. 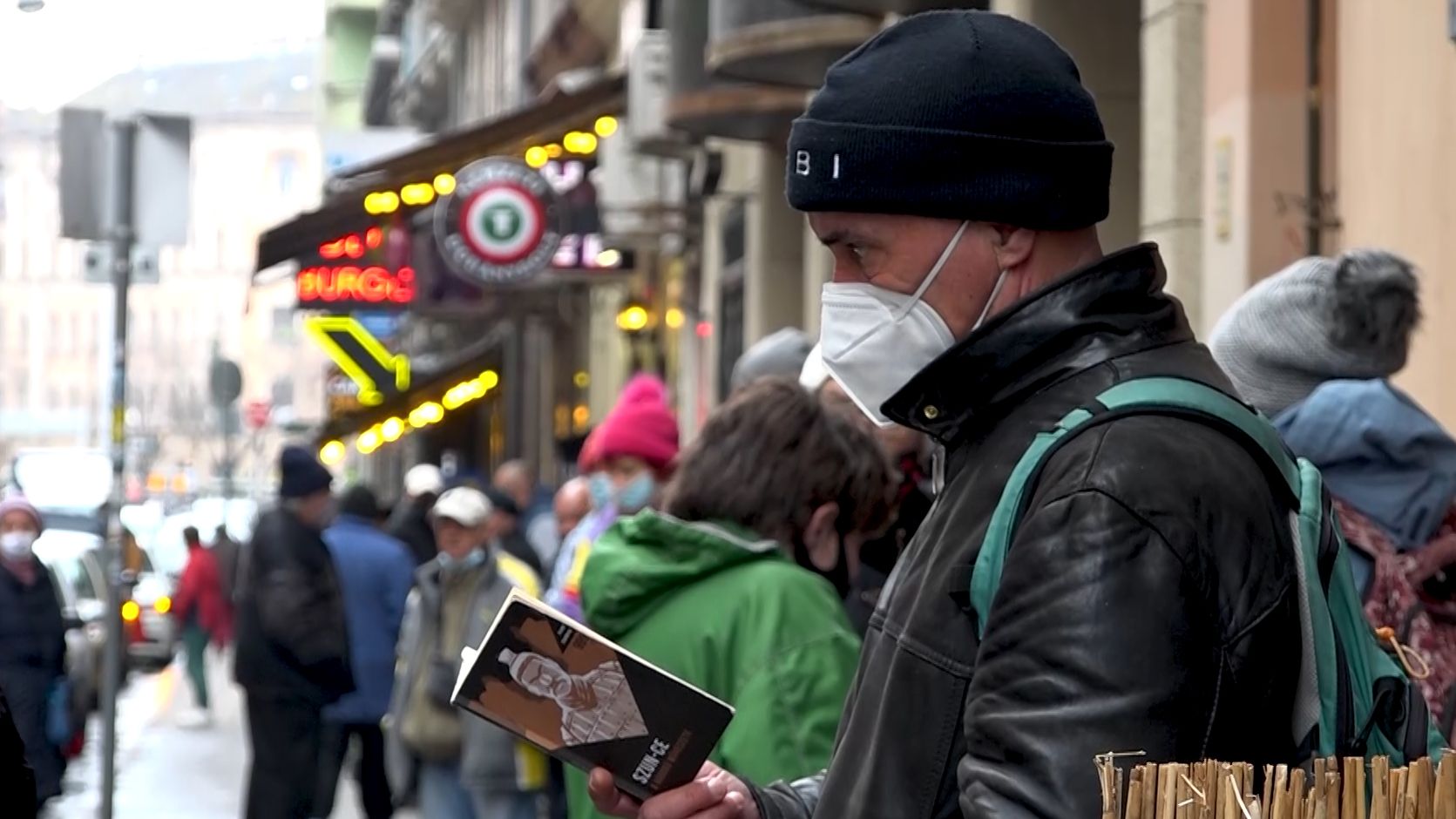 The line outside of the soup kitchen.

The line outside of the soup kitchen.

"Overall, there are a lot of methodological glitches regarding this unemployment data," Peter Virovacz, a senior economist at the ING Bank, told CGTN Europe.

"During the pandemic, when it's very hard to apply for a job, people who became unemployed are becoming inactive… So, the number of unemployed people is significantly higher, around 50 percent higher [than the official data].

"The reality could be a bit worse than the data suggest but this doesn't mean the data is forged. It just means there are methodological issues."

That's the case for 65-year-old Laszlo Kajari, who was also waiting in line for the soup kitchen. He lost his job in 2020, after working as a restaurant chef for 43 years.

He said he received unemployment benefits for only three months, "and the amount I received was too much to die of starvation, but too little to survive."

After the benefits stopped, the government told him to file for retirement, he added.

"I have a partner and we live off her salary, because thank god she still has a job.

"But I look forward to get my retirement money. Without her and this soup kitchen we would be in a very bad situation."