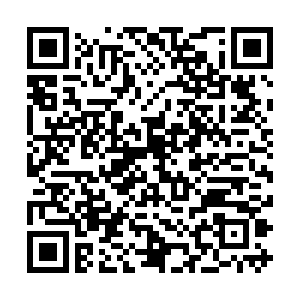 - Greece's Prime Minister Kyriakos Mitsotakis has come under fire after videos and pictures circulating on social media appeared to show him disregarding his own government's lockdown measures to attend a gathering with up to 40 people.

- Ukraine hopes to vaccinate at least half of its 41 million population by the beginning of 2022, President Volodymyr Zelenskiy has said. The country is also in talks with other nations including Poland to receive doses to speed up its vaccination program.

- Leaders from Germany, France and the UK have all voiced their support for the Oxford University-AstraZeneca vaccine amid growing concerns about its efficacy among older people and against the variant first discovered in South Africa.

- UK Prime Minister Boris Johnson said: "We think that both the vaccines that we're currently using [AstraZeneca and Pfizer-BioNTech] are effective at stopping serious disease and death."

- A new study carried out on 20 volunteers by researchers at the U.S.'s University of Texas Medical Branch, suggests that the Pfizer-BioNtech vaccine is effective against the variant first discovered in South Africa.

- Austria's government is warning people against non-essential travel to its western region of Tyrol after an outbreak of the variant first discovered in South Africa.

- Deaths in Russia increased by 17.9 percent in 2020 from the previous year amid the pandemic, Deputy Prime Minister Tatyana Golikova said.

- Czechia's health ministry is to recommend the use of the Eli Lilly and Regeneron antibody therapies ahead of standard approval. Both treatments are currently being reviewed by the EU's drug regulator, the European Medicines Agency.

- France's health minister Olivier Veran has been vaccinated against the virus at a center in Melun, in the Paris region, on Monday. "I didn’t feel anything. You were great," Veran told the nurse who administered the shot.

- Portugal's health ministry has said the Oxford University-AstraZeneca vaccine should preferably be used on people aged under 65, but the vaccination of older people should not be delayed if the jab is the only one available.

- Homemade face masks are no longer be permitted in France's schools from Monday. All staff and pupils now have to wear "Category 1" masks, while students must keep at least 2 meters away from others in dining rooms.

- A closed theater in Nicosia, Cyprus has been turned into a blood donation center, organized by the blood bank of the ministry of health. In September the ministry was urging people to come forward to give blood, citing very low reserves amid the pandemic. 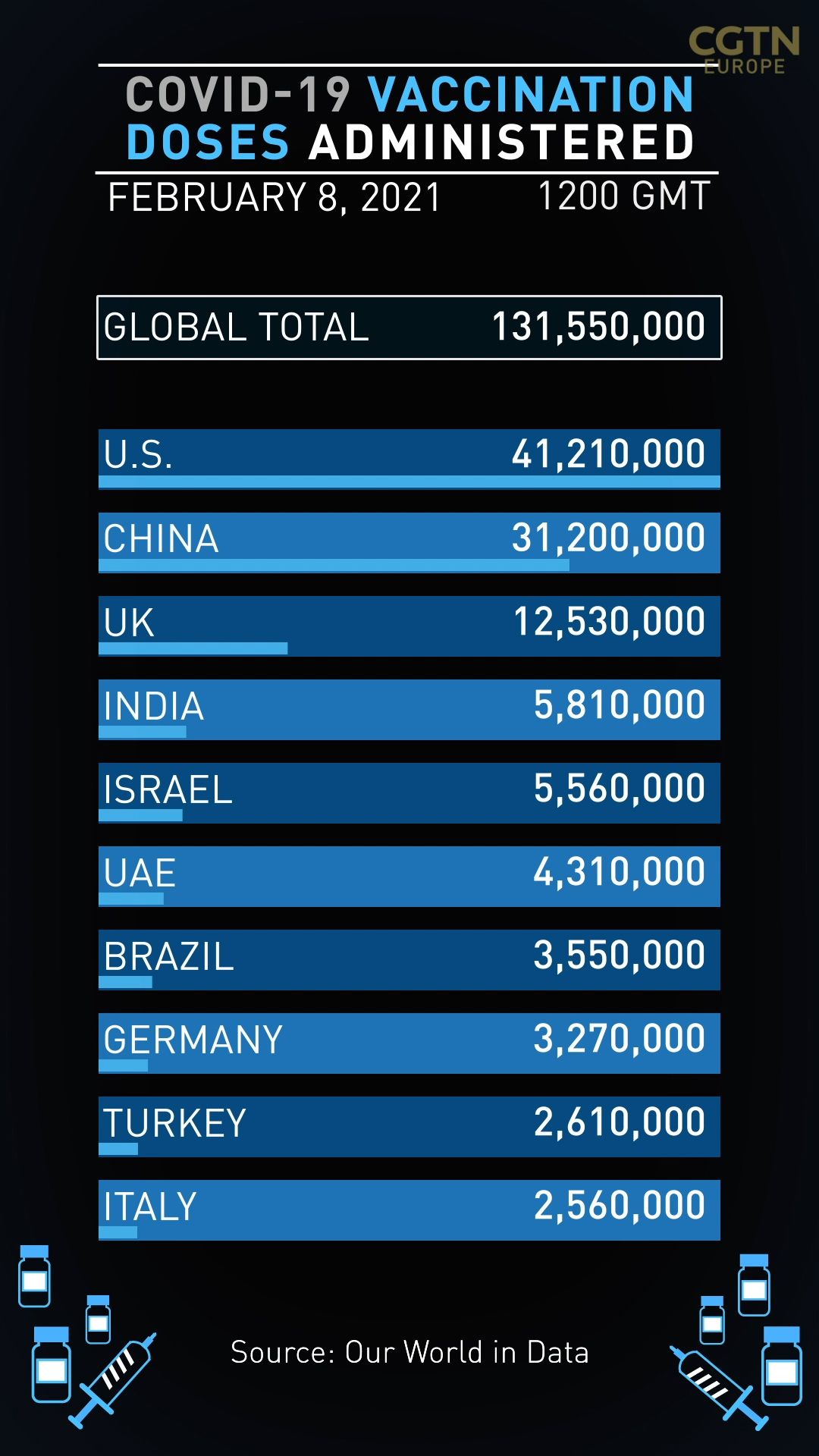 New health protocols come into force from February 8 in French schools. Category 1 "general public" masks must be worn by both pupils and teachers and home-made nose-and-mouth coverings will no longer be permitted.

There must be at least two meters between two tables of different classes in dining rooms and more frequent ventilation of classrooms must take place.

France's traditional winter break has begun as the government urges people to keep inter-regional travel to a minimum. Overseas trips must be for an essential reason and the transport secretary says 700 people have been stopped from traveling to a destination outside France for failing to provide a sufficient reason for the journey.

The 6 p.m. to 6 a.m. curfew remains in place across the whole country during the February holidays and the government says fewer people are heading off on holidays than during Christmas.

Police have carried out more than 150,000 border checks in the past week as France tightens its frontier entry and exit requirements to try to stop the spread of COVID-19, especially the new variants of the coronavirus. 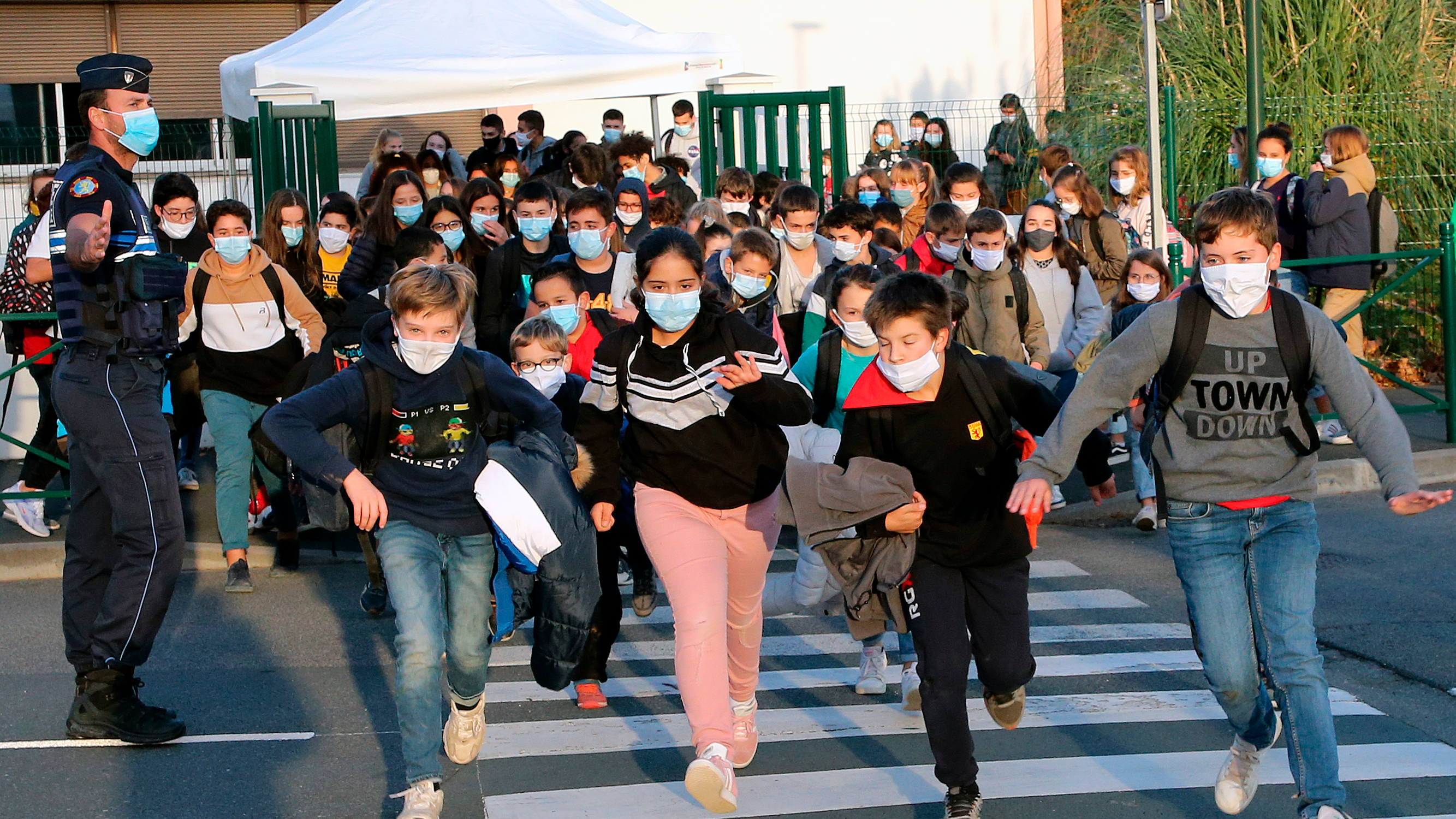 Homemade face masks are no longer permitted in France's schools from Monday. /AP

Homemade face masks are no longer permitted in France's schools from Monday. /AP

Hungarian regulators have given Russia's Sputnik vaccine the final green light to be used in the country. The National Center for Public Health completed all tests on the vaccine after it arrived in Hungary last week.

The center concluded "the vaccine met the manufacturer's specifications in terms of drug quality and that the product could be used in humans," the government said in a statement.

This final clearance opens the door for the roll-out of the Sputnik V vaccine, which Prime Minister Viktor Orban had said could start this week.

Hungary has so far vaccinated 281,839 people with Pfizer's and Moderna's jabs. Besides Sputnik V, Hungary has also reached a deal to buy China's Sinopharm and  the Oxford University-AstraZeneca jab.

On Monday, the Dutch government will decide whether to extend the 9.m. curfew, which is to be lifted on Wednesday. The curfew could stay in place to slow down the variant first discovered in the UK.

There were 3,963 positive tests on Sunday, about the same as the past week's daily average. There will be no new numbers available on Monday and Tuesday since all test facilities have been closed due to extreme weather conditions in The Netherlands. 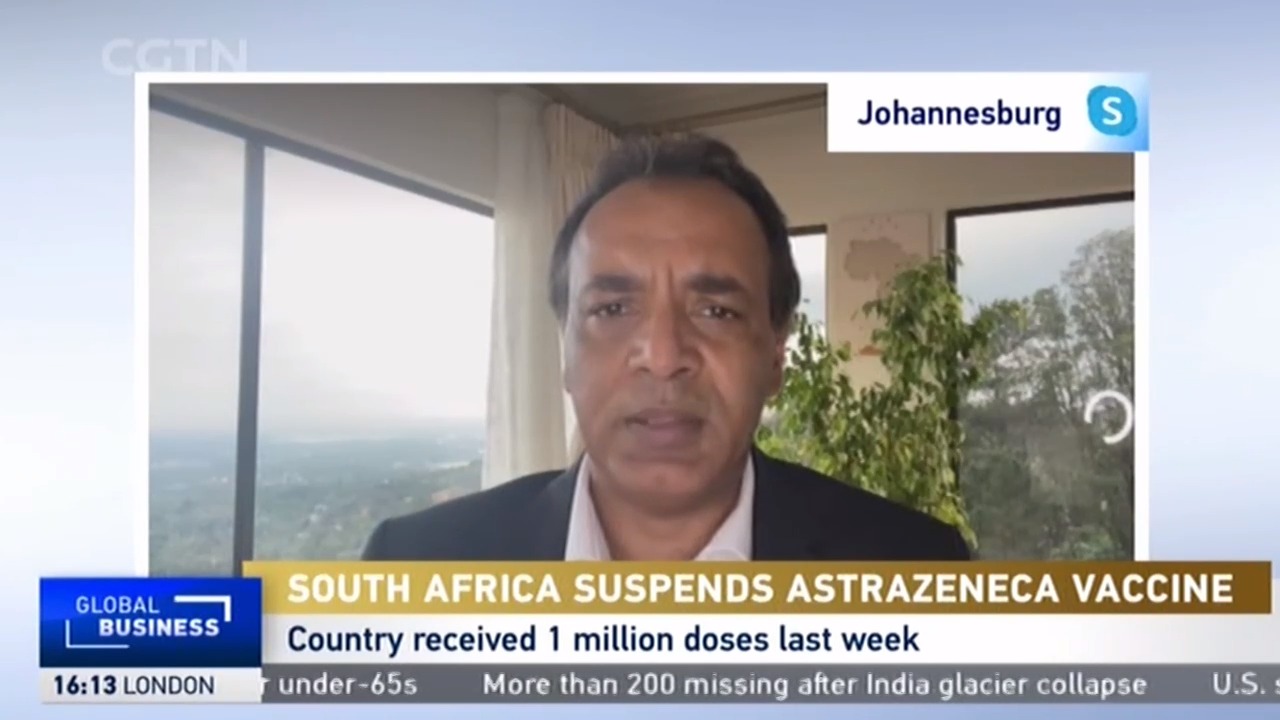 Spain is nearing the end of phase one of its vaccination program. So most care home residents have been immunized, while almost all healthcare workers have received a first dose of one of the three vaccines available.

Spain has just taken delivery of the Oxford University-AstraZeneca vaccine. It had already been administering doses of the Pfizer-BioNTech and Moderna jabs.

However, the second phase of immunization includes vaccinating the over-80s and Spain has restricted the use of the AstraZeneca drug to those aged 18-55, due to a lack of data on its effectiveness on older people.

Spain's health ministry says the AstraZeneca vaccine will be used on non-front-line healthcare workers for now.

Belgium's COVID-19 infections continue to hover around 2,300 a day, while the average number of daily deaths was down 23 percent in the past week compared with the week before, to 38.3 a day. But the reproduction rate is now back above one. Greece's Prime Minister Kyriakos Mitsotakis has come under fire after footage on social media appeared to show him disregard his own government's lockdown measures. /AP

Greece's Prime Minister Kyriakos Mitsotakis has come under fire after footage on social media appeared to show him disregard his own government's lockdown measures. /AP

CGTN Africa: Why the world cannot afford a great divergence