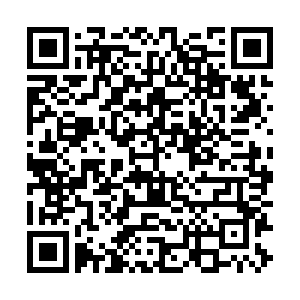 • Hundreds of protestors took to the streets of Copenhagen, Denmark on Saturday night to march against the country's restrictions and its plans to launch a digital 'vaccine passport.' Read more in Across Europe, below

• Pharmaceutical firm and vaccine manufacturer AstraZeneca has said its jab appeared to only offer limited protection against the variant first discovered in South Africa, based on early trial data.

• Hungary has authorized Russia's Sputnik V vaccine after completing official testing of the jab, opening the door to the vaccine being administered to its citizens. The first 40,000 doses arrived into Hungary last week with a total of two million jabs to be supplied over three months.

• Austria is to tighten border controls to all neighbouring countries in a bid to slow the spread of the virus. "During the pandemic, travel should be kept to an absolute minimum," the country's Interior Minister Karl Nehammer said.

• The European Champions League soccer match between Red Bull Leipzig and Liverpool – due to be played in Germany on February 16 – will now be held at the Puskas Arena in Budapest after a special request to allow Liverpool to be exempt from the travel restrictions was rejected by the German government.

• Portugal has rejected an offer from the Spanish region of Galicia to receive some of its virus patients despite many of its hospitals being overwhelmed.

• The UK's vaccines minister Nadhim Zahawi has said he is "very concerned" about the amount of people among different ethnic communities who are hesitant of taking the vaccine. "The 15 percent who are vaccine-hesitant skew heavily towards BAME communities, especially Afro-Caribbean and black communities, and of course other Asian and BAME communities," he added.

• The World Health Organization's Special Envoy on COVID-19, David Nabarro, has urged the UK to share its spare vaccines with other countries once everyone over 50 years old has been inoculated, but said it is "totally understandable" why it ordered more jabs than required.

• Doctors in England will be given an extra $13.74 for each vaccine given to a vulnerable person who is unable to leave their home in an attempt to speed up the vaccination program in the elderly and those shielding.

• The Australian Open Grand Slam tennis tournament is set to get underway in Melbourne on Monday after no new local cases were reported for a third day in a row on Sunday.

• The World Health Organization's vaccine advisory panel is expected to review the Oxford-AstraZeneca jab on Monday, after a growing number of countries limited its use for older people, according to Joachim Hombach, executive secretary of WHO's Strategic Advisory Group of Experts on Immunization. 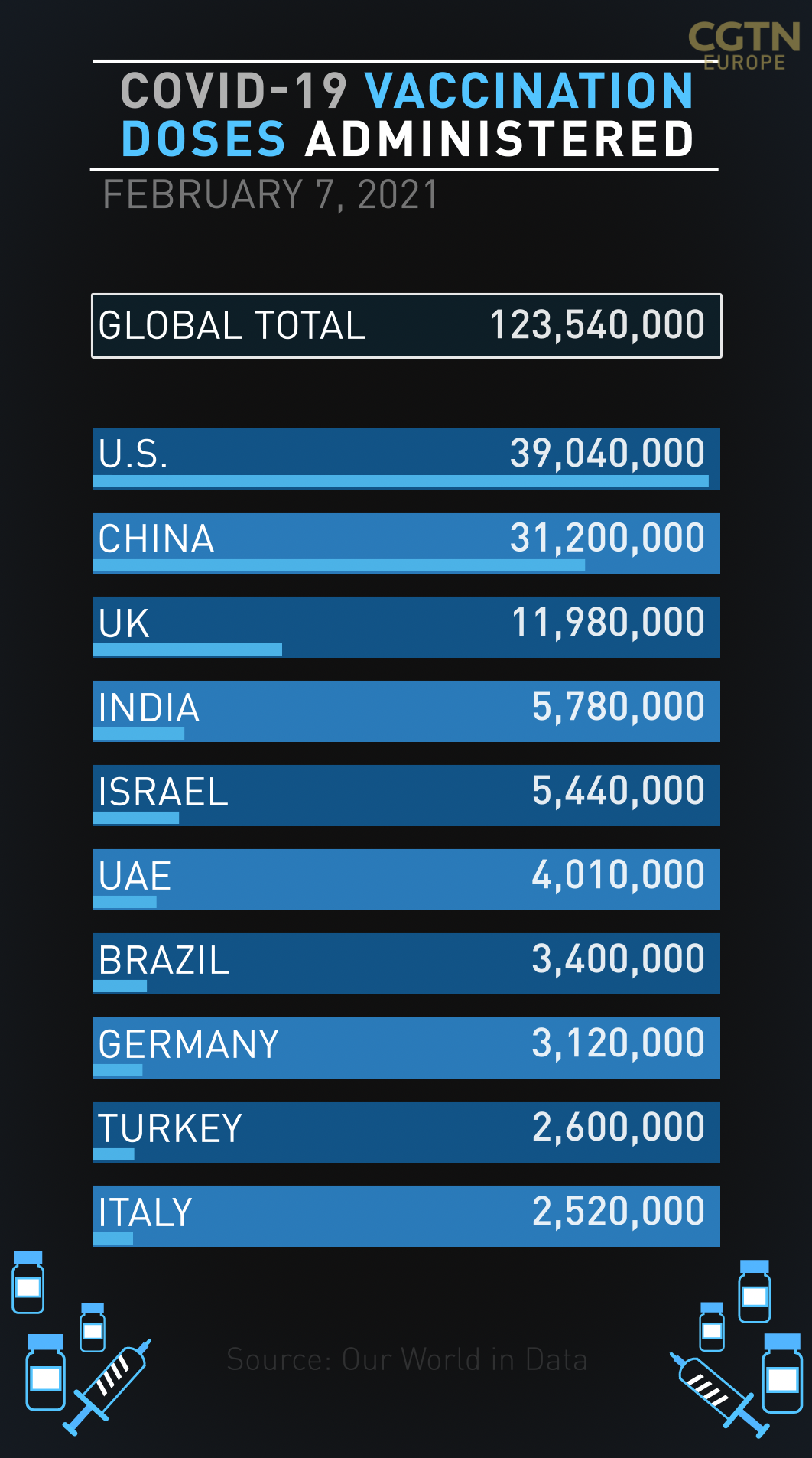 Businesses with more than 50 employees can now access lateral flow instant coronavirus tests for staff who cannot work at home. Previously only firms with more than 250 staff qualified for testing.

New data now suggests that people do get high levels of protection from just the first dose of the vaccine, vindicating the UK government's delay strategy. The World Health Organization has recommended a shorter gap between doses than practiced in the UK.

The makers of the Oxford-AstraZeneca vaccine say their jab only offers limited protection against mild disease caused by the variant first discovered in South Africa.

Fifty percent of all detected COVID-19 cases in the Madrid region can be traced back to the variant first found in the UK.

The comments from a Spanish health official come a day after Spain recorded its first case of someone suffering from the variant first discovered in South America, when a man tested positive following his arrival in Madrid from Brazil.

However, Madrid authorities say they have no plans to re-introduce stricter measures, having relaxed the rules on social gatherings as recently as Friday.

The regional government in Madrid now allows up to six people to meet, up from the previous number of four. 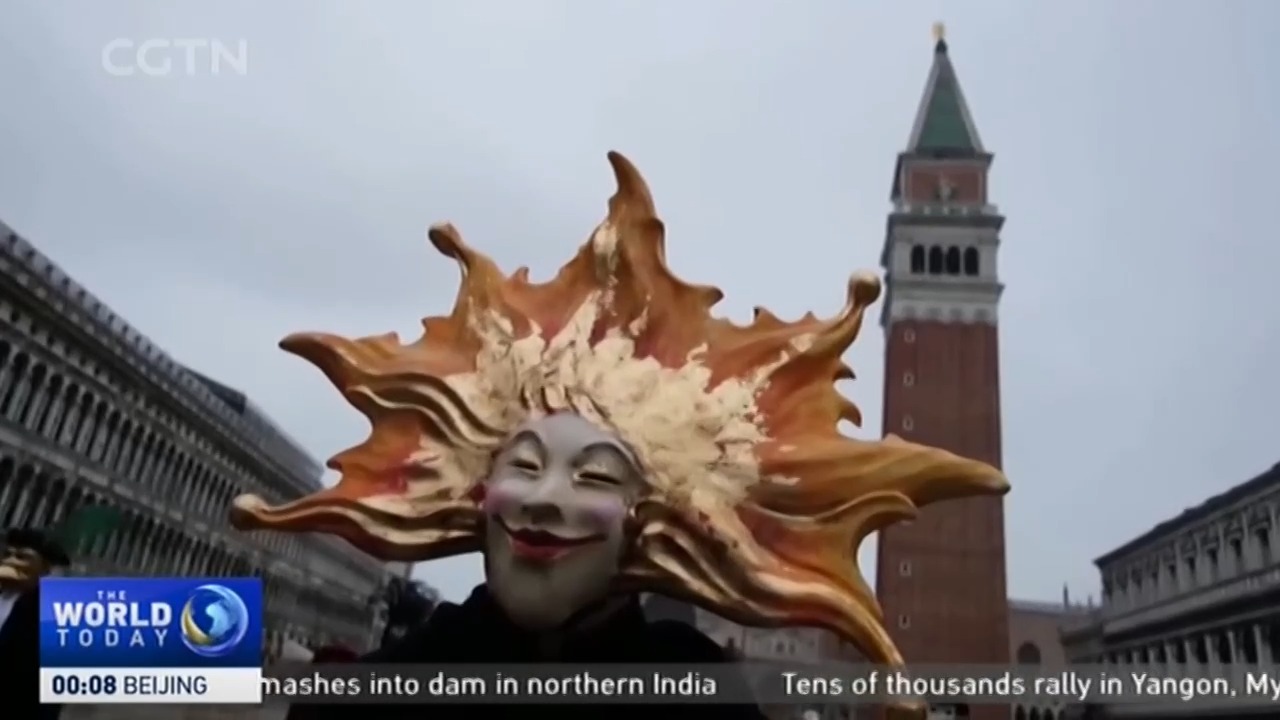 Hundreds of people took to the streets of the capital Copenhagen on Saturday night to protest against the nationwide restrictions and the government's plans to launch a digital vaccination certificate.

The demonstration of more than 500 people, organized by a group called Men in Black Denmark, stood outside the parliament building before marching with torches through the city center, chanting "we have had enough" and "freedom for Denmark."

Much of their anger was targeted at government plans to launch a 'corona passport' which would allow those who have been inoculated to travel more freely. It could be also used for sports and cultural events as well as restaurants.

Protest organizers say such a passport implies an obligation to be vaccinated and amounts to a further restriction on individual freedom. Vaccination is not compulsory in Denmark. 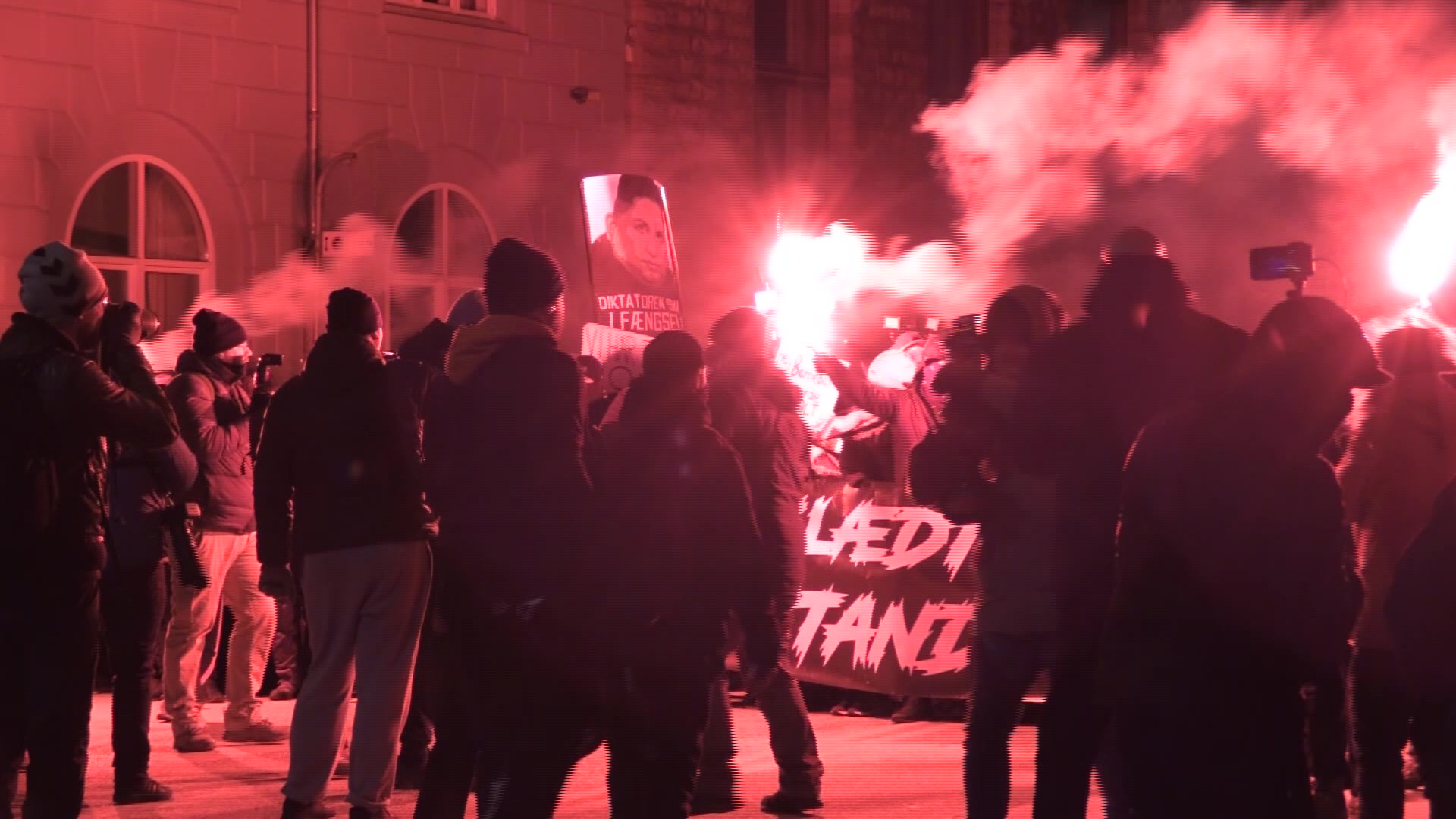 More than 500 people took to the streets of Copenhagen, Denmark on Saturday night to protest against the nationwide restrictions. /AFP

More than 500 people took to the streets of Copenhagen, Denmark on Saturday night to protest against the nationwide restrictions. /AFP

CGTN America: How Super Bowl ad spending has changed amid the pandemic