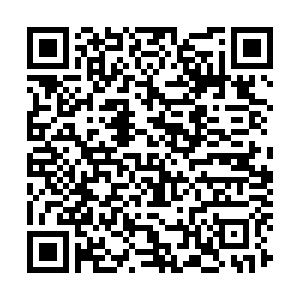 • Germany is undecided whether to extend its nationwide lockdown, with Chancellor Angela Merkel and regional leaders set to make a decision during a meeting next Wednesday, a state source has said.

• Denmark is to lift a ban on flights arriving from the United Arab Emirates that had been in place amid concerns over the effectiveness of the tests used in Dubai.

• The Netherlands has passed one million confirmed infections since the start of the pandemic after it reported 4,075 new cases in the past 24 hours.

• Germany's finance minister Olaf Scholz has admitted his anger at the European Union for not ordering more vaccines last year, amid a shortage of doses in the bloc.

• Slovenia is to reopen ski resorts and shops no larger than 400 square meters from next week, according to economy minister Zdravko Pocivalsek.

• Ten people have died at a care home in Fife, Scotland after an outbreak of the virus that led to 25 residents and 43 members of staff testing positive.

• Hundreds of people marched through the northern Swiss town of Zug wearing protective suits in protest against the restrictions in place to curb the spread of the virus.

• Slovakian authorities have quarantined a Roma settlement in the eastern region of Sacurov after a quarter of its residents tested positive for the virus.

• Greece has tightened its lockdown restrictions in three regions, including the capital Athens, amid rising in infections. The new measures, which include a stricter night-time curfew and the closure of all non-essential shops on weekends, will last for 10 days in Attica, Thessaloniki and Halkidiki.

• The UK government is examining ways it can document those who have been vaccinated against the virus, after Denmark and Sweden announced plans to launch "corona passports," the country's foreign office minister James Cleverly said.

• Belgium has allowed hairdressers to reopen this weekend after new infections slowed while camping and cabin sites will be allowed to reopen from Monday and beauty parlors from March 1.

• The variant first discovered in the UK accounts for the majority of new infections in Slovakia, Prime Minister Igor Matovic said. Preliminary results showed that 71 percent of all positive tests discovered on Friday were the new variant. 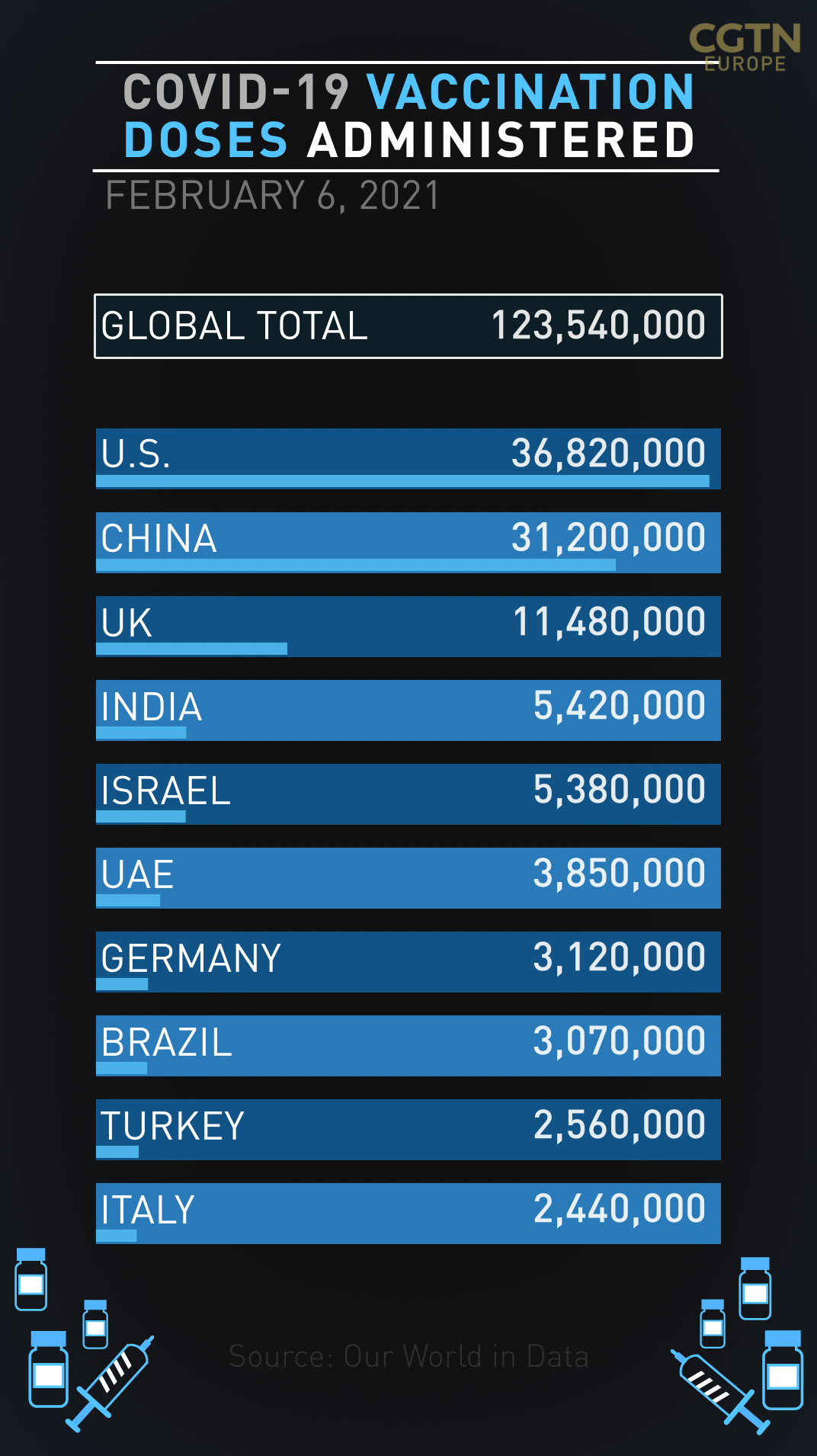 While it looks like Spain has seen the worst of the current wave of the pandemic, it's the new variants of the virus that are causing concern amongst health authorities.

On Friday the country recorded its first ever case of the variant discovered in South America, when a 44-year-old man who had flown into Madrid from Brazil tested positive on arrival.

The mutation that has the biggest impact remains the variant first discovered in the UK, which is thought to be behind a significant portion of all infections.

Also on Friday, Spain reported a total of 28,565 new infections, which continues the recent downward trend from a peak of above 40,000 a week ago. 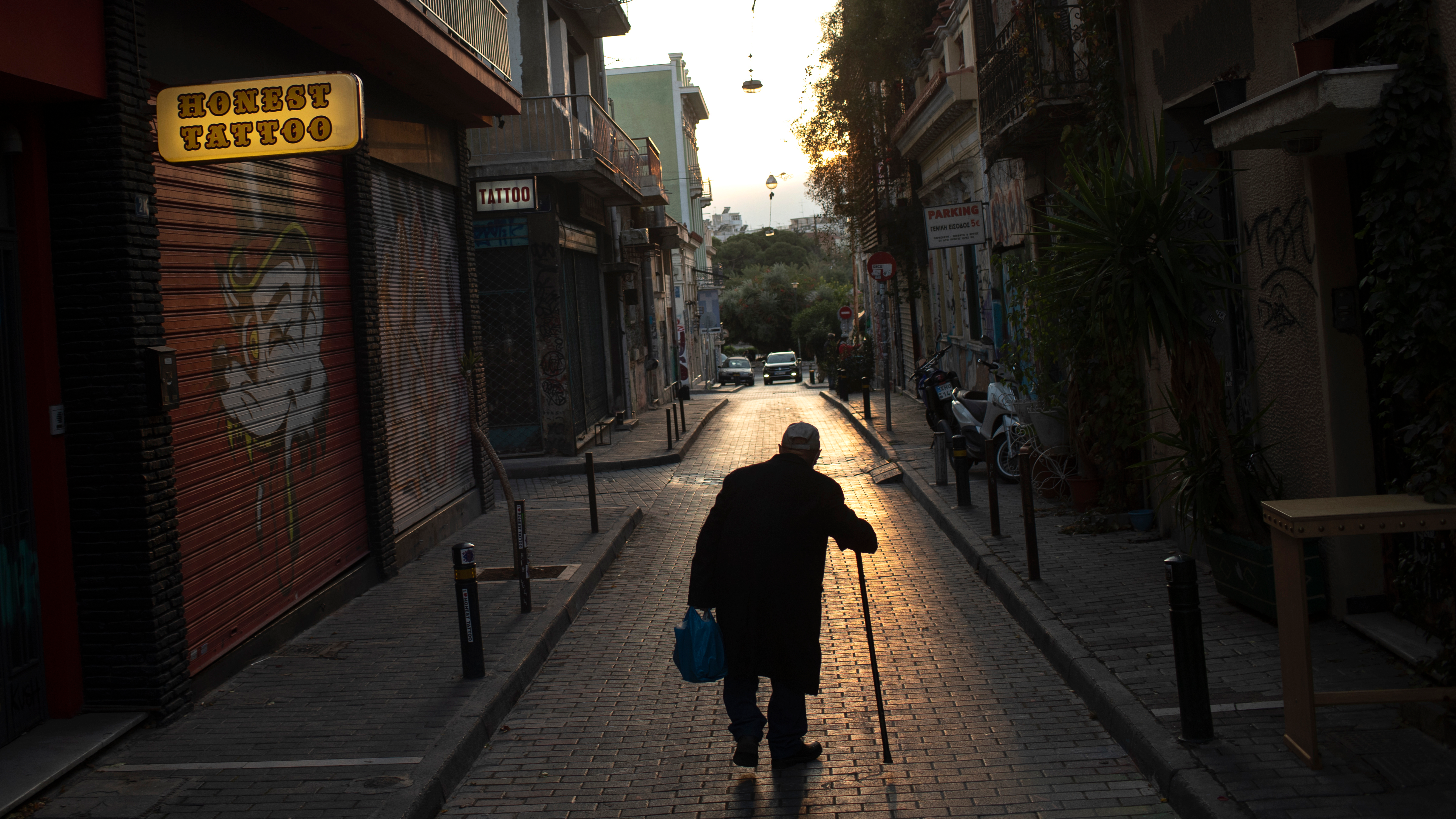 Greece has tightened measures for 10 days in three regions, including Athens, where infections rates are soaring. /AP

Greece has tightened measures for 10 days in three regions, including Athens, where infections rates are soaring. /AP

The majority of adults in the UK may have received a coronavirus jab by the end of May, according to a senior government advisor, with most over-50s inoculated by the end of April.

UK prime minister Boris Johnson and France's President Emmanuel Macron have discussed working together over a global vaccination program. This comes after a week of tension between the UK and EU over the vaccine rollout and supply problems.

Roughly one in 20 people infected by coronavirus are thought to develop parosmia, a condition where tastes and smells become distorted, sometimes making pleasant smells repellent.

New data suggests the Oxford University-AstraZeneca vaccine works well against the fast-spreading variant discovered in the UK but is less effective against a strain first identified in South Africa.

Greece has tightened some of its lockdown restrictions in high-risk areas of the country as it seeks to slow the spread of the virus.

The measures, which include a tightened night-time curfew and the closure of all non-essential shops on weekends will last for 10 days, in three regions – not just Attica (the peninsula that includes Athens), but also Greece's second city Thessaloniki and its neighboring peninsula Halkidiki.

The curfew will be brought forward from 9 p.m. to 6 p.m and will include the capital city Athens.

Meanwhile, Greece has limited the use of the Oxford-AstraZeneca jab to those under the age of 65 amid "insufficient evidence" on the efficacy of the vaccine in elderly people, health ministry general secretary Marios Themistokleous said. 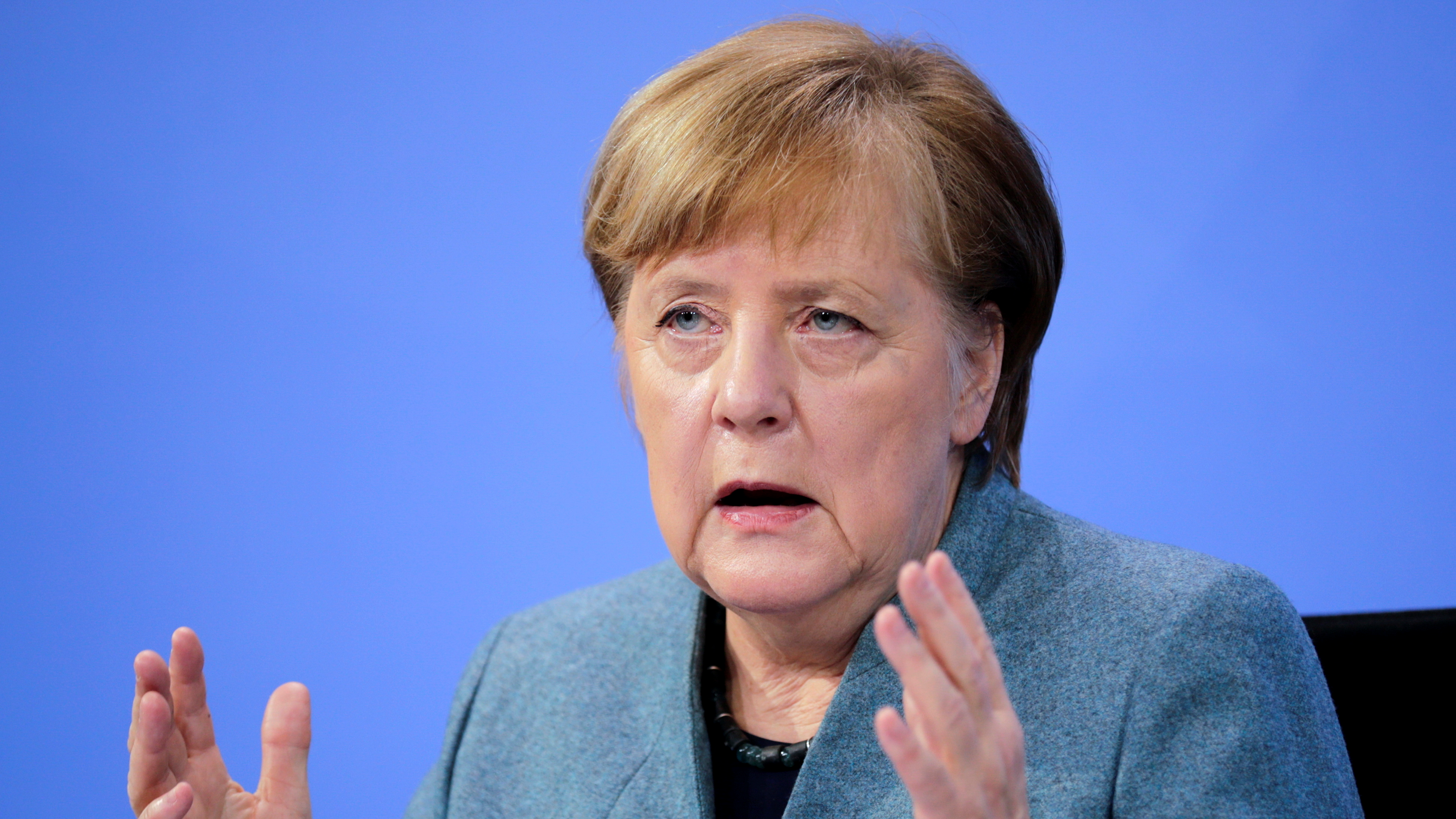 Germany's Chancellor Angela Merkel is expected to meet with regional leaders next Wednesday to discuss whether to extend the country's lockdown restrictions. /AP

Germany's Chancellor Angela Merkel is expected to meet with regional leaders next Wednesday to discuss whether to extend the country's lockdown restrictions. /AP

CGTN China: China's vaccines in the last stage of assessment: WHO