- Spain has passed 60,000 virus deaths since the start of the pandemic after another 565 fatalities were reported in the past 24 hours.

- Three intensive care patients and a ward doctor have died after a fire broke out at a hospital treating COVID-19 patients in Zaporizhzhya, Ukraine, regional governor Oleksander Starukh has said.

- The Hanover University of Veterinary Medicine in Germany says it has trained sniffer dogs to detect the virus in human saliva samples, with 94 percent accuracy. The dogs are conditioned to smell the "corona odor" that comes from cells in infected people and now need to go through feasibility tests before they are put to use in everyday life.

- Greece's Prime Minister Kyriakos Mitsotakis has called on healthcare staff who are skeptical about being vaccinated to "seriously reconsider." He said "talk to your colleagues and explain why this is the right choice to protect themselves and the people they care for daily."

- Sweden has followed Denmark in announcing plans to launch a digital document that would be given to those who have been vaccinated against the virus. The "COVID passport" will be handed out by the summer, if there is an international standard in place by then, Sweden's digital minister Anders Ygeman said.

- Spain's Catalonia region has eased some of its lockdown measures after infections and hospital admissions slowed. Gyms are allowed to reopen, while people are also able to move between municipalities again.

- Restrictions in Germany could be eased before the spring but the main goal is "to prevent the health system from being overburdened – and not to avoid every infection," Health Minister Jens Spahn has said.

- Portugal's Health Minister Graca Freitas has reassured people they will all get vaccinated as the number of new infections continues to rise and hospitals become overwhelmed.

- Norway and the Netherlands have become the latest countries in Europe to say it will not offer the Oxford University-AstraZeneca vaccine to those over the age of 65.

- The UK's vaccine development minister, Nadhim Zahawi, has said manufacturers are trying to improve their vaccines to counter up to 4,000 variants of the virus across the world.

- Oxford University is seeking 820 volunteers for a trial to help establish the efficacy of giving people a first dose of one vaccine followed by a second dose of a different jab. 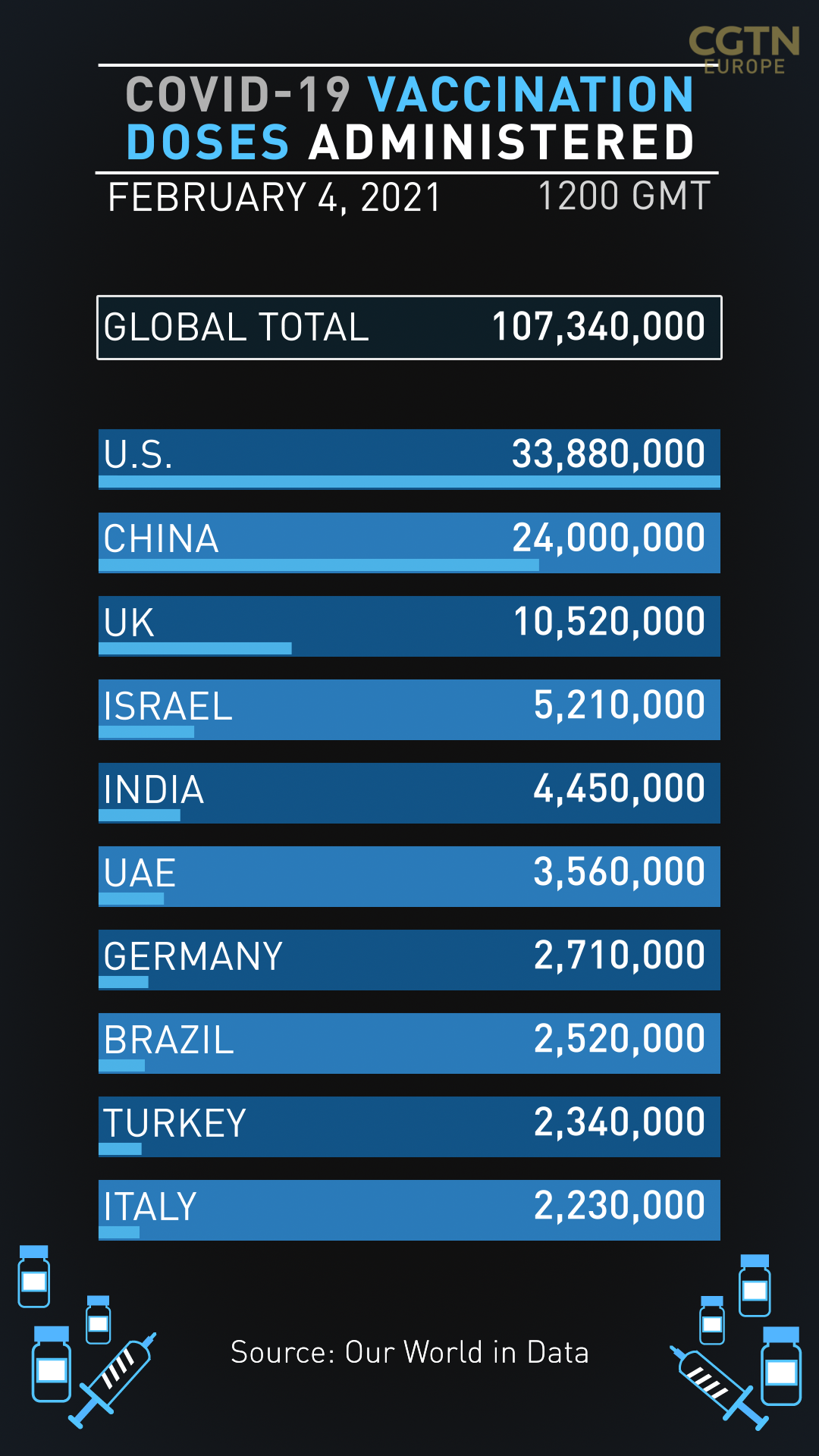 Hungary is struggling to sell its surplus of ventilators. At the beginning of the pandemic officials prepared for the worst and bought almost 17,000 ventilators for roughly $100m, in addition to the 2,000 already in the country.

Now, with the unused machines collecting dust in a warehouse, the government has said it hasn't been able to get any interest from buyers.

"Negotiations are ongoing, no public interest data have been generated in this area," the foreign ministry said.

At the time, experts warned the large number of ventilators would become redundant as healthcare workers wouldn't be able to handle more than 3,000 intensive care units, the Translational Medicine Foundation said.

Hopes are running high in the hospitality sector that the government will decide to ease some restrictive COVID-19 measures at a meeting on Friday. The Consultative Committee will assess whether hairdressers, beauty salons and other non-essential contact professions can reopen on February 13. Belgium moved into its second nationwide lockdown at the beginning of November.

Those in favor of reopening point to plateauing infection rates, falling hospitalizations and a reproduction rate below one. Those not in favor say easing measures could tip the scales in the wrong direction, especially as new, more transmissible variants take hold. 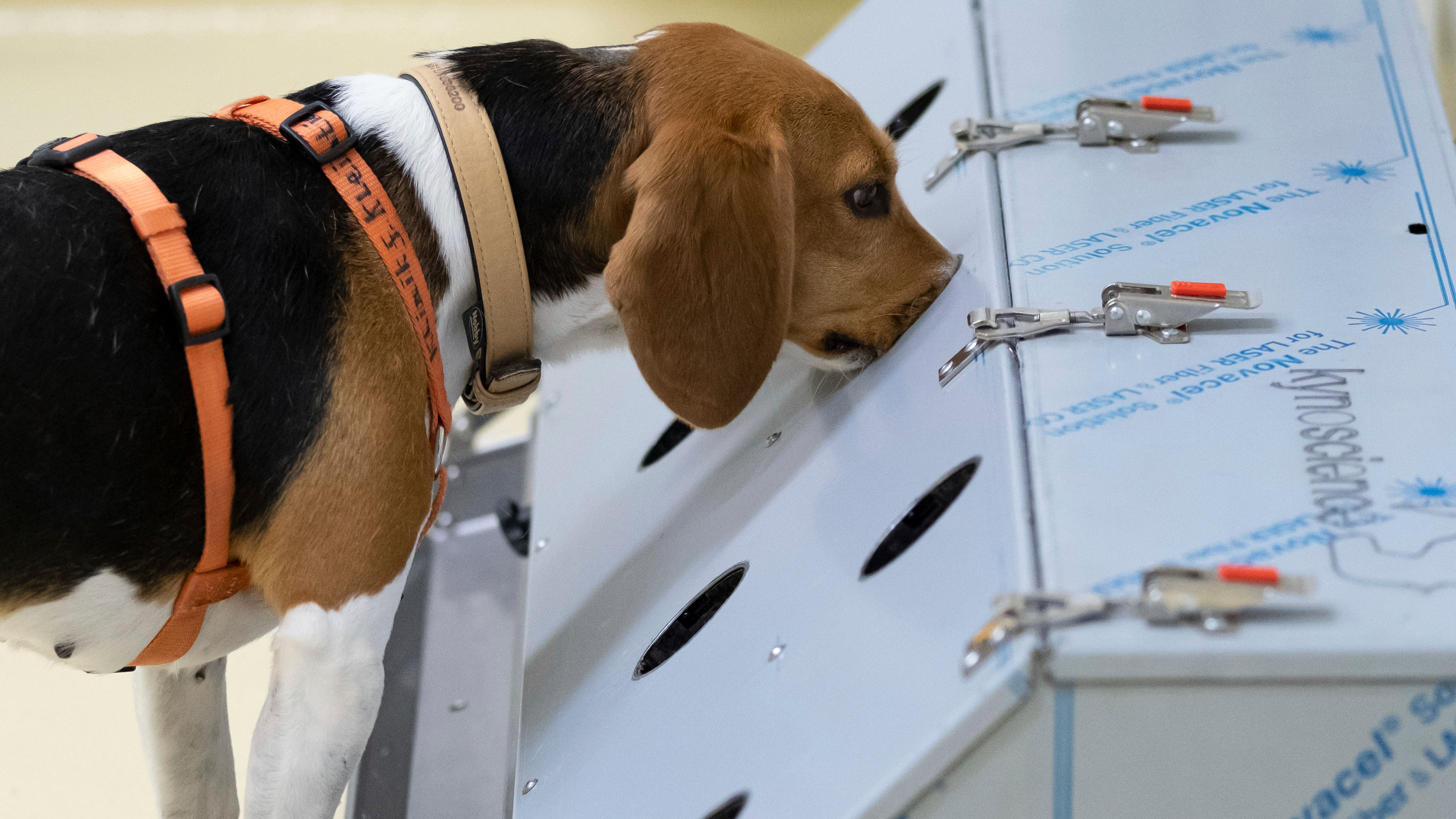 The Hanover University of Veterinary Medicine in Germany says it has trained sniffer dogs to detect the virus in human saliva samples, with 94% accuracy. /AP

The Hanover University of Veterinary Medicine in Germany says it has trained sniffer dogs to detect the virus in human saliva samples, with 94% accuracy. /AP

With only 1.6 percent of the population vaccinated, The Netherlands is now the second slowest country in the EU to roll out jabs, just after Bulgaria.

The government said it would speed up the vaccination operation by holding back the smallest possible vaccines stock. By the beginning of March, it plans to have given 2 million jabs and it says around 2 million people will be vaccinated every week by the second quarter of the year.

The government has decided to reopen primary schools on February 8 but there is no decision yet on a possible extension of the 9 p.m. curfew, which will now end on February 10.

Although infection rates have been decreasing steadily, many fear a third wave will come soon.

An estimated two-thirds of all cases in the Netherlands are now of the more contagious variant first discovered in the UK.

On Wednesday, there were 4,060 positive cases in the Netherlands, slightly more than the average of the last seven days, 3,988.