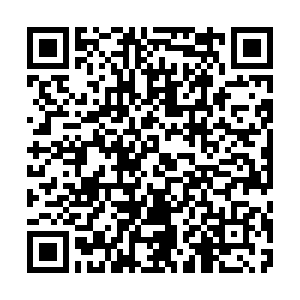 Chinese Premier Li Keqiang has told an online New Year event dedicated to boosting British and Chinese business interests that the coming Year of the Ox will herald a reset for China-UK ties.

"The year 2020 was an extraordinary one for China, the UK and the whole world," said Li. "The international community battled the Covid 19 pandemic in solidarity and partnership and fought to protect the life, health and safety of the people and protect world economic recovery and growth."

He added: "Here in China with painstaking efforts we achieved a 2.3 percent GDP growth last year, a truly hard won outcome. Yet daunting challenges posed by the pandemic remain."

The event was held on an important date in the Chinese solar calendar - the 'Lichun', which marks the official start of spring, regarded as the time to sew seeds for crops for harvesting later in the year. The symbolism of this was not lost on the group of traders, politicians, academics and diplomats attending virtually, each hoping that the Year of the Ox will see a reaping of the benefits of bilateral ties.

Sir Sherard Cowper-Coles, chairman of the China-Britain Business Council, told attendees that although commercial ties were important, "in the end we're all human beings together with the same aspirations for our families, friends and countries. Let us, as the Premier said, pool our efforts to build a better world together."

Developments in Hong Kong and debates over Chinese companies' involvement in the UK telecoms industry put relations between China and Britain under strain in 2020. Many event participants, though, highlighted how close trade ties remained throughout 12 months dominated by the COVID-19 pandemic.

"In this context, exchanges and cooperation between China and the UK were inevitably affected," said Chen Wen, the Charge d'Affaires at the Chinese Embassy in London. "However, thanks to the concerted efforts of the Chinese and British business communities, cooperation continued to grow."

Former UK Business Secrerary Sir Vince Cable pointed out that China is now the third largest market for British exporters, with "massive growth of Chinese investment in the UK."

The 48 Group Club was formed after a historic trip by a group of British business leaders to China 68 years ago. This year is the first time time the group's annual event has been held online – a striking reminder of the year that a pandemic changed all our lives.