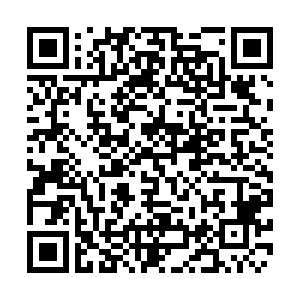 Activists have left bloodied dolphin corpses outside the French parliament in an attempt to shock the government into enforcing fishing laws.

Members of the environmental organization Sea Shepherd unzipped body bags containing dolphins that had been found washed up in the Vendee region of the country on Monday.

Activists then held up banners and placards in front of photographers that read: "Thousands of dolphins like these are massacred each year in France so that you can eat fish."

The organization wants the government to limit the amount of time boats can fish in certain zones and force workers to wear body cameras to ensure they're carrying out proper practices.

Activists placed dead dolphins outside the French Parliament in a protest designed to force the government to introduce new laws to protect the animals' welfare. /AFP

Activists placed dead dolphins outside the French Parliament in a protest designed to force the government to introduce new laws to protect the animals' welfare. /AFP

Lamya Essemlali, president of conservation organization Sea Shepherd France, told AFP: "These catches are qualified as accidental but they are not accidental at all since they are predictable and avoidable.

"Today, dolphins, which are a protected species, are in fact the collateral victims of fishing, they are sacrificed to the fishing industry.

"We would like to see Annick Girardin, who fought body and soul to defend the interests of fishermen at the Brexit level, deploy the same energy to defend dolphins. After all, she is the fisheries minister."

Sea Shepherd estimates that in 2019 more than 11,000 dolphins were accidentally killed by boats fishing on the French coast but says just 0.5 percent of those deaths were reported – despite laws obliging them to do so.

The environmental organization Sea Shepherd estimates that more than 11,000 dolphins are accidentally killed off the French Coast every year but just 0.5% of deaths are reported. /AFP

The environmental organization Sea Shepherd estimates that more than 11,000 dolphins are accidentally killed off the French Coast every year but just 0.5% of deaths are reported. /AFP

Activists say that isn't good enough and have demanded the country's fishing minister takes action so that needless dolphin deaths become a thing of the past.

"This sector is not transparent, there is opacity and we are faced with a profession that does not declare catches. We have less than 0.5 percent of catches declared, even though it is a regulatory obligation. So, basically, fishermen are not playing the game, they must be made to fulfil their duty of transparency towards everyone, since the ocean is a common heritage."

Volunteers have become accustomed to finding dolphin corpses washed up on the French coast, but their needless deaths are beginning to take an emotional toll.

Sea Shepherd volunteer Damien Chaumillon, said: "It's horrible, we know why we come, we know why we come to patrol the beaches, it's to expose the dolphin slaughter to the people. We've been doing this for four years, but every time we find a dolphin it's heartbreaking to know that so many of them die."