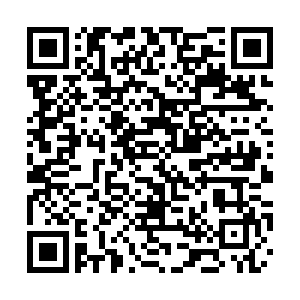 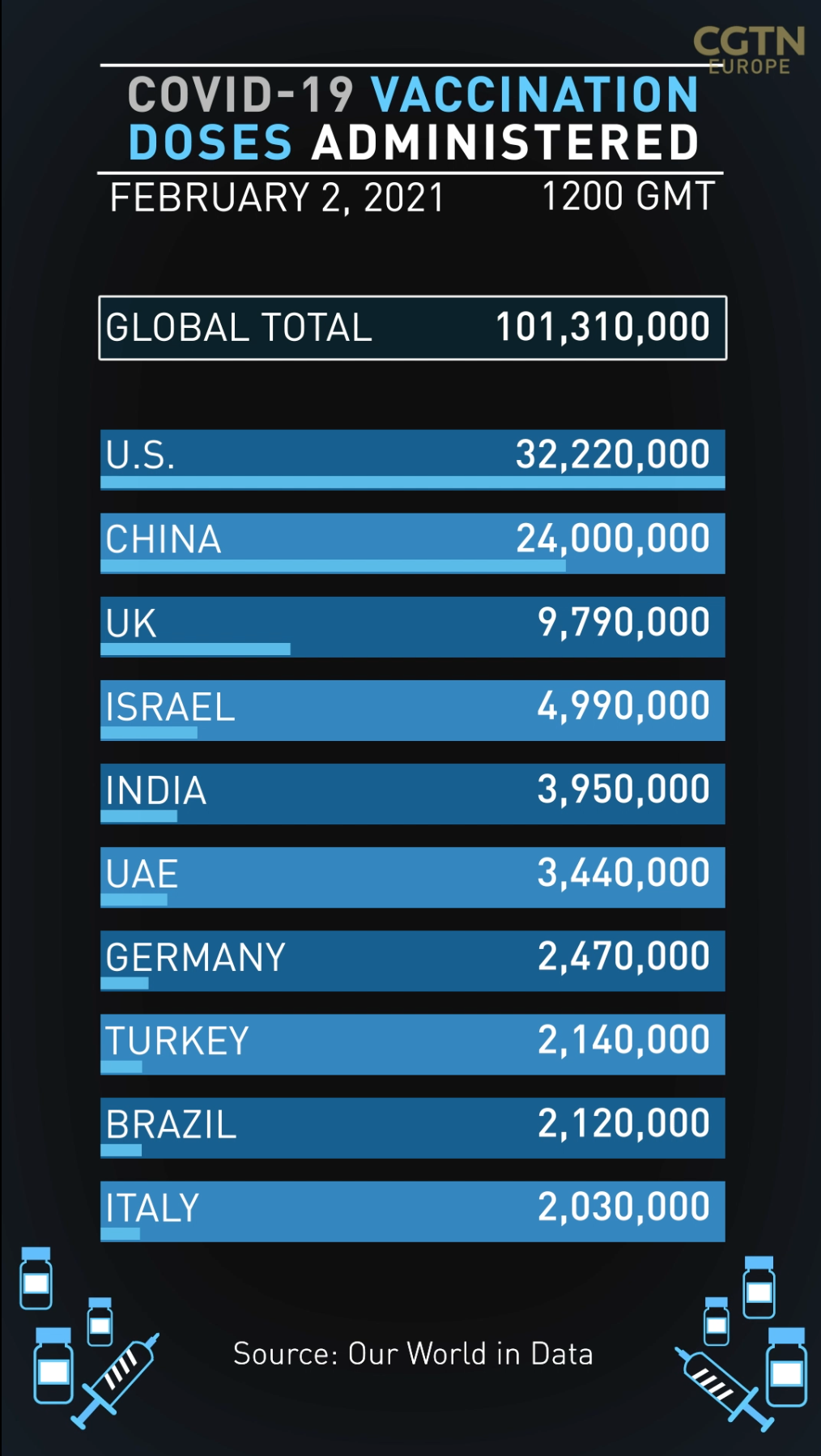 - England has begun door-to-door testing on up to 80,000 people in parts of the country amid growing fears over the spread of the virus variant first discovered in South Africa.

- France hopes to begin rolling out the AstraZeneca vaccine by mid-February after the jab was approved by the European Commission last week.

- Sweden has said that 11 percent of positive tests randomly screened last week showed a variant thought to be the one first discovered in the UK.

- Spain's San Fermin bull-running festival, scheduled to be held in the northern city of Pamplona in July has been canceled for a second year in succession amid the pandemic.

- British war veteran Captain Tom Moore, who raised almost $53m for healthcare workers by walking up and down his garden, has died aged 100 after testing positive for the virus.

- Poland will not be giving the AstraZeneca vaccine to elderly people in the country, the prime minister's top aide Michal Dworczyk has said.

- New infections in the Netherlands fell by 20 percent over the last week as prime minister Mark Rutte continues to face pressure to begin easing the country's lockdown measures.

- European Commission President Ursula von der Leyen has defended the speed of the bloc's vaccine roll-out, adding that member states "agreed not to compromise on the safety and effectiveness requirements linked to the authorization of a vaccine."

- The European Union has toughened its restrictions on visitors arriving from countries outside of the bloc, with travelers only allowed to enter freely from countries with low case rates and where the new variants are not present.

- Germany is to send 26 healthcare workers, 150 field beds, 50 ventilators and 150 infusions machines to Portugal, where hospitals are struggling to cope with a surge in infections.

- Austria is to begin easing its lockdown from February 8, with schools, museums and shops set to reopen, Chancellor Sebastian Kurz has said.

We support our friends in Portugal who find themselves in an especially dramatic situation
-  Annegret Kramp-Karrenbauer, Germany's defense minister

Brussels' first public coronavirus vaccination center officially opens on Tuesday in the city center. Healthcare personnel who do not work in hospitals or care homes will be given first priority.

The center expects 1,000 people in the first week but will be able to administer 900 jabs a day once up and running. Officials say four other facilities are ready to open their doors, but have been "postponed due to the lack of vaccines."

They are expected to open in the coming weeks, but at a limited capacity. According to the European Center for Disease Control's new vaccine tracker, 2.7 percent of the Belgian population has received a first dose of the COVID-19 vaccine.

The initial plan was to extend the new export curbs to Northern Ireland, but an outrage caused by these tactics prompted a swift U-turn.

"What I can tell you is that there is one cabinet which was a lead on this, that is Executive Vice President Valdis Dombrovskis because he is in charge of trade," said Mamer.

"This regulation falls under the responsibility of Mr. Dombrovskis and his cabinet and of course the services in the commission which answer to him."

Around 80,000 people can expect door-to-door testing this week as the government goes after the variant first discovered in South Africa, following 105 cases identified, with 11 of those linked to community transmission.

The testing will focus on eight specific local postcode areas of England.

Widespread concerns about the dangers of the new variant were partially eased by NHS advisers, who said they expect vaccines to be effective against it – particularly in reducing hospitalization and death.

New variants are now the greatest threat against government hopes that every adult in the UK will have had the first jab by the start of May. Over-65s are expected to start being invited for shots next week.

Pharmacists are going to be able to vaccinate people in France, a government spokesman has announced. Gabriel Attal says that because the AstraZeneca vaccine is easier to handle and conserve, high-street drug stores will be able to handle inoculations once the stocks of the newly approved injection arrive.

The French authorities say that AstraZeneca vaccines will be available from mid-February. The country's High Authority for Health is going to present its analysis on the vaccine on February 2.

The health secretary says he will base the government's strategy for the AstraZeneca vaccine on the analysis. Meanwhile, on February 1, France recorded 455 fatalities – the highest number of hospital deaths in 24 hours since late November 2020. 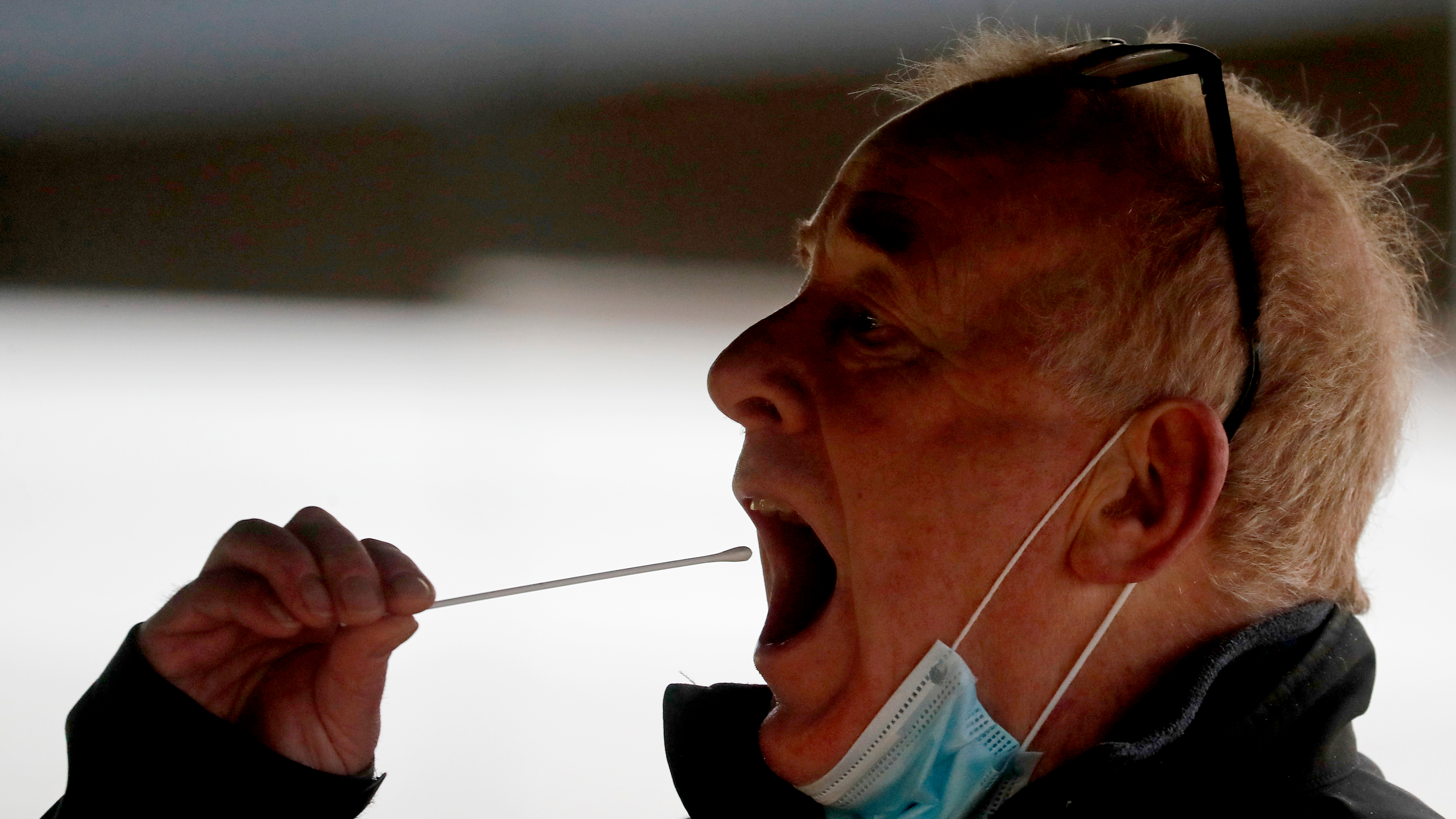 England has begun door-to-door testing on up to 80,000 people across the country on Tuesday. /AP

England has begun door-to-door testing on up to 80,000 people across the country on Tuesday. /AP