Download
Would you want to live to 180? The technology to do so may soon exist
Thomas Wintle 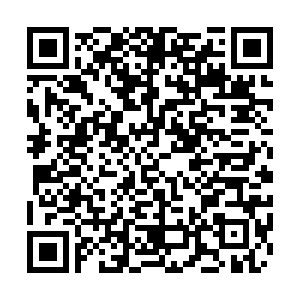 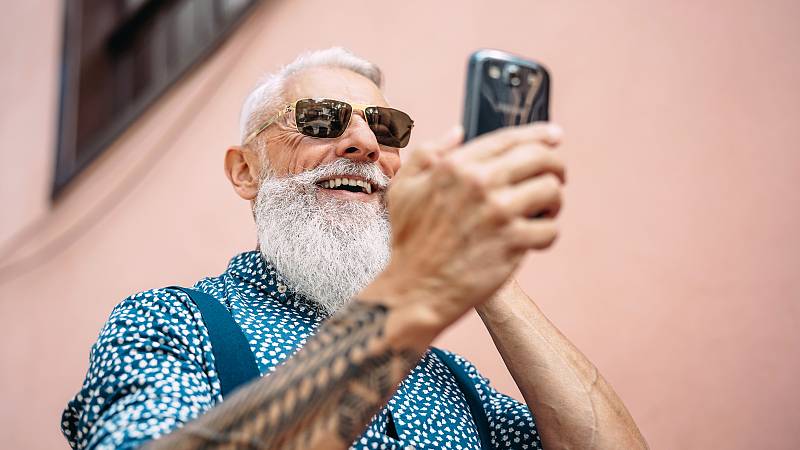 Given the option, would you want to live to 180 years old? The question may seem academic, but according to some 'biohackers' – a community of affluent DIY fitness obsessives who use experimental treatments to improve their biology – such a goal is fast becoming reality.

Indeed, ambitious biohackers like the term's originator Dave Asprey are using extreme treatments like stem cell therapy in the hope of doubling their life expectancy. Longevity gurus such as Dmitry Kaminskiy say that the technology to achieve radical life extension is far from being a fairy tale: it's "either already here or very close to being here."

Right now, the quest for long life is the pursuit of the hyper-wealthy, and many biohacks remain scientifically suspect. However, recent technological advancements could see radical longevity spill over into the mainstream, and governments are taking note.

The question is, what would the advent of such tech mean for our already rapidly aging societies? And if it were to be made readily available, would we really want to live that long?

From hyperbaric oxygen chambers through gene hacking to blue light blockers, biohacking has grabbed headlines in the last decade for both its luring promise of long life, and the sci-fi style treatments its proponents recommend.

And with radical health optimization proponents like 46-year-old bodybuilder Kris Gethin claiming to have almost halved their biological age through techniques like intermittent fasting and wearing underwear that blocks electromagnetic frequencies, it's obvious why people are taking notice. 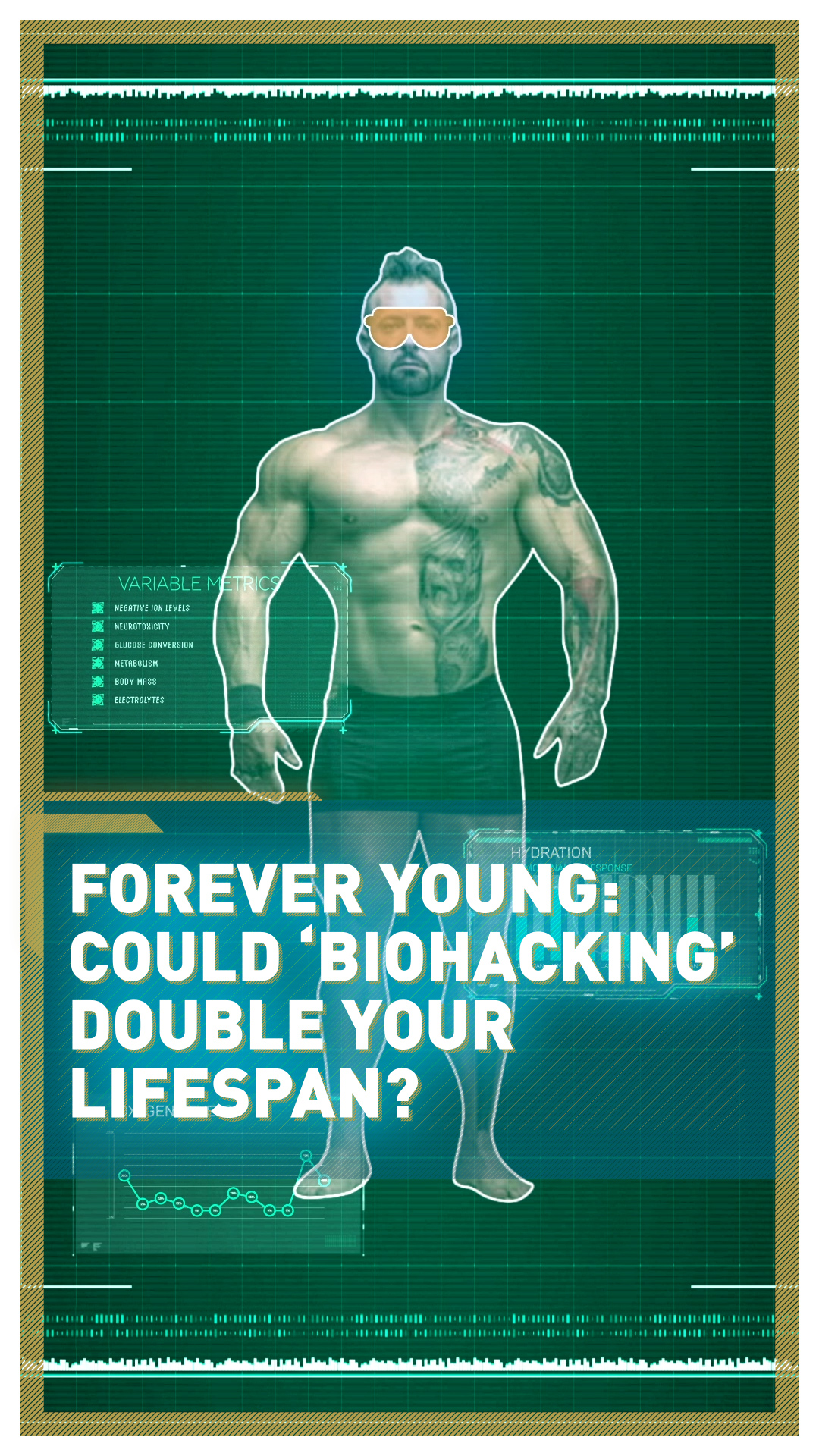 I don't have any doubts that I will reach 123 years old
-  Dmitry Kaminskiy, longevity entrepreneur

Kaminskiy, a UK-based Moldovan multimillionaire, runs a host of investment funds and analytics firms focused on longevity exploration, and considers many biohacks – and the goal of adding 50 years to average human lifespan – perfectly valid, to the point that he dabbles himself.

"I don't have any doubts that I will reach 123 years old," he says, seeing no reason why, if new anti-aging technologies are taken advantage of, others shouldn't either. To this end, and with the aim of promoting healthy longevity, he has even promised to give $1 million to the first man or woman to outlive the world's oldest person on record – Jeanne Calment, who died aged 122.

As for the goal of living beyond 180, Kaminskiy thinks that in five years "we will be able to provide more tangible forecasting. There's not enough data yet." But he says with the information we have now, living to 123 "is absolutely realistic."

But right now more drastic biohacks are considered highly dangerous. Kaminskiy notes that "Many scientists actually achieved life extension for mice" through techniques like CRISPR gene-editing – tech that has the potential to artificially modify our DNA – "but the problem is... unfortunately, these experiments do not provide clear results in humans."

Indeed, there are warnings that editing the wrong part of your DNA could induce tumors – and the death of U.S. biohacker Aaron Traywick, who was found unconscious in an anti-aging sensory deprivation tank in 2018, was a stark reminder of the perils of experimental DIY longevity. 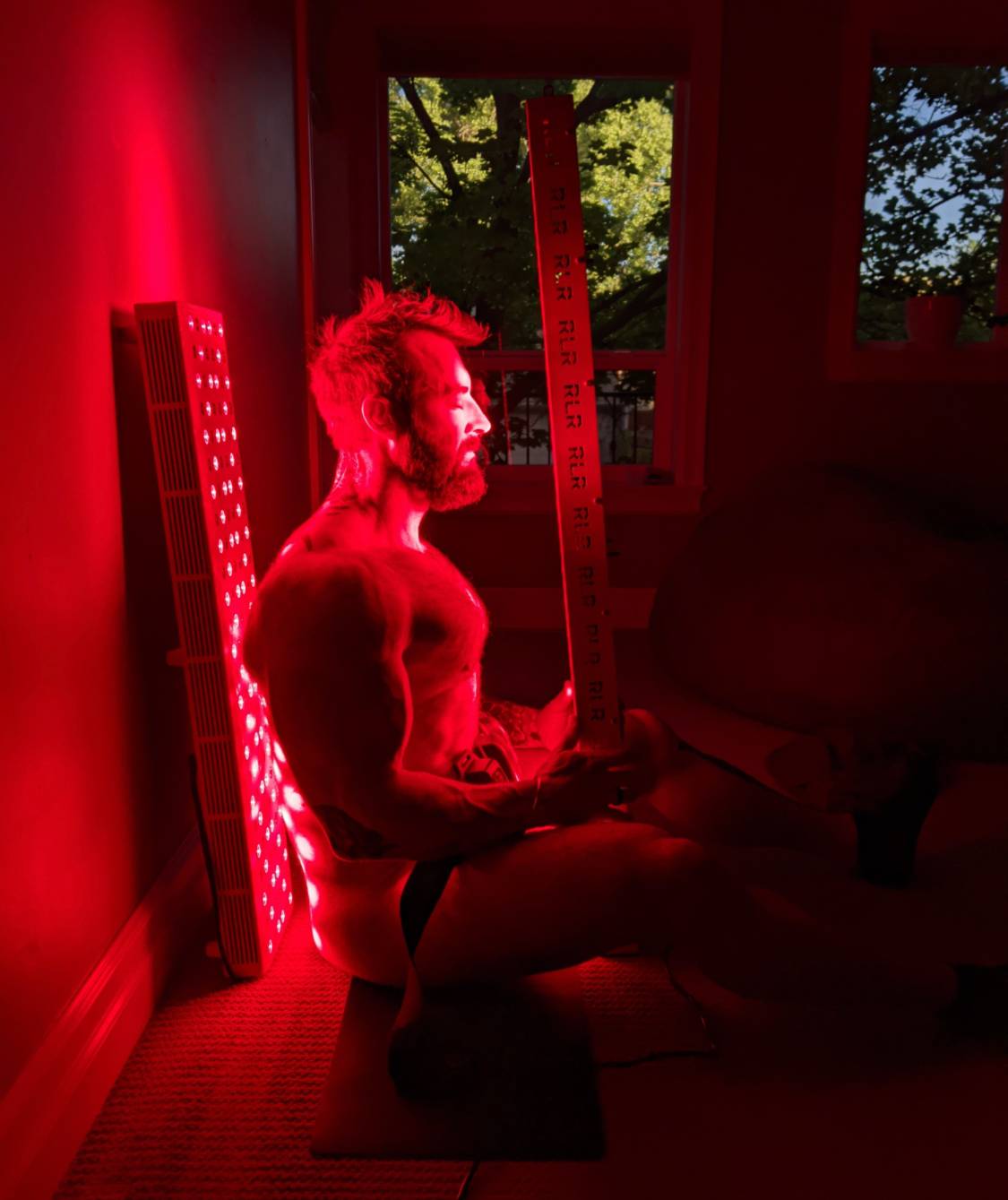 Biohacker Kris Gethin is 46 years old but says he has the biological age of a 25-year-old. /Kris Gethin

Biohacker Kris Gethin is 46 years old but says he has the biological age of a 25-year-old. /Kris Gethin

"The more radical biohacking techniques," says Richard Siow, director of aging research at King's College London (KCL), "are not advisable for anyone to undertake without proper medical advice, clinical trials and robust evidence that they are effective – otherwise you're putting yourself at great risk."

But to some extent, he says, we are all biohackers. "Just going out to health food shops and buying supplements – that, in a way, is our own attempt to biohack, to improve our health and wellbeing."

While more benign biohacks may seem far-fetched, Siow won't rule them out with sufficient academic collaboration and validation. "Maybe in 10, 20 years' time, they could become mainstream," he says. "We just don't know."

WATCH: "You can 'will yourself' to longer life" – CGTN meets Peter Diamandis 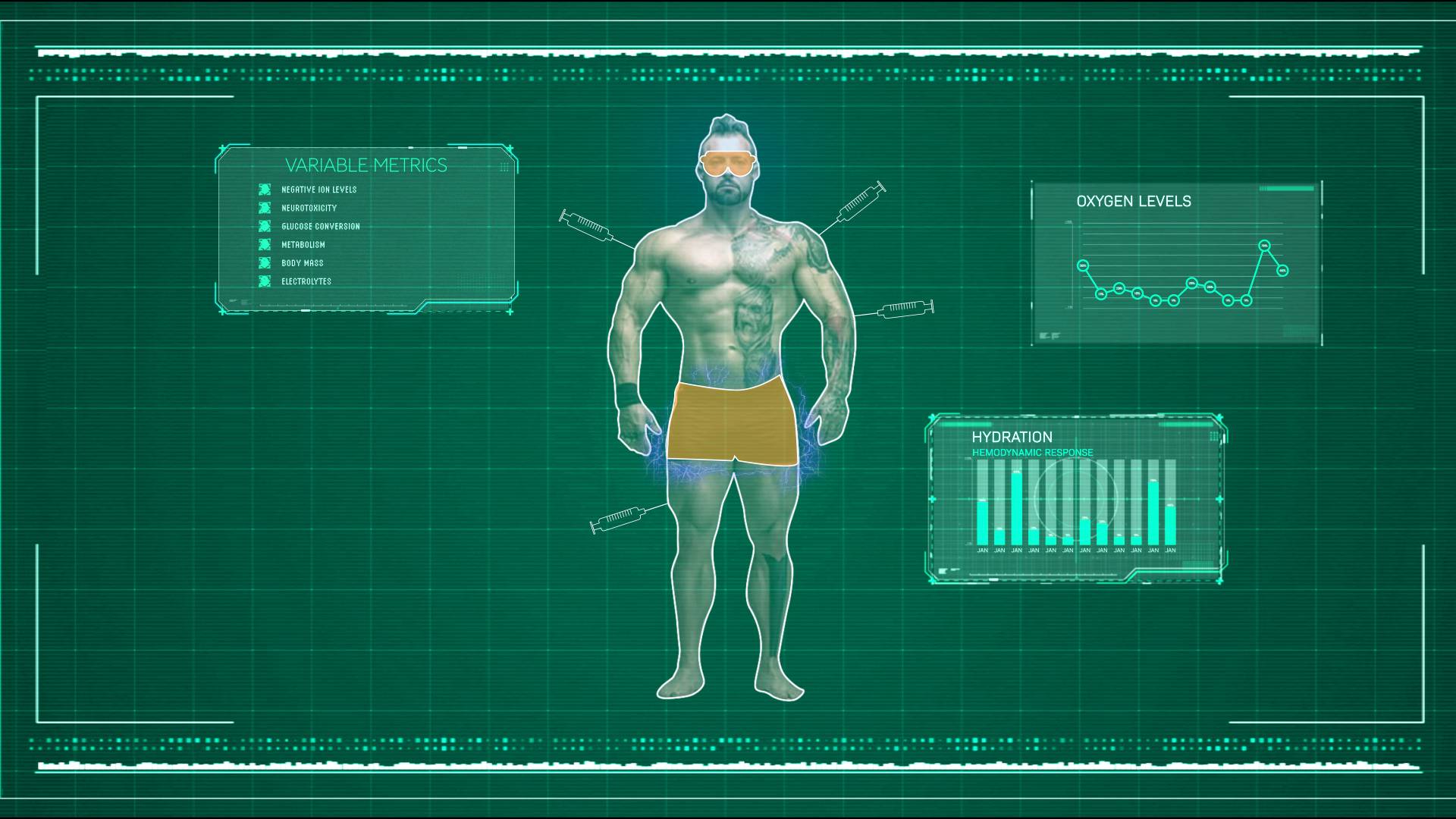 Kris Gethin has had stem cell therapy and wears blue blocking glasses in the hopes of living beyond 100 years old. /CGTN Europe

Kris Gethin has had stem cell therapy and wears blue blocking glasses in the hopes of living beyond 100 years old. /CGTN Europe

For Kaminskiy, the way to find out if such tech can be successfully and safely applied to humans is artificial intelligence (AI) – what he calls "the single most significant development" in realizing radical longevity.

His fund Deep Knowledge Ventures invests in tech's potential to model human aging – and how to slow it down – in hugely profitable sectors like AI-fueled drug discovery. Thanks to advanced data modeling, he suggests that by 2030, longevity technology will be moving so fast, "the reality will be that most people will have access, and quite affordable access, to life extension technology."

Academia is also making inroads: KCL's Longevity AI Consortium, launched in 2019, is a platform aimed at exploring how we can better use data sciences to make robust conclusions about the nature of longevity. 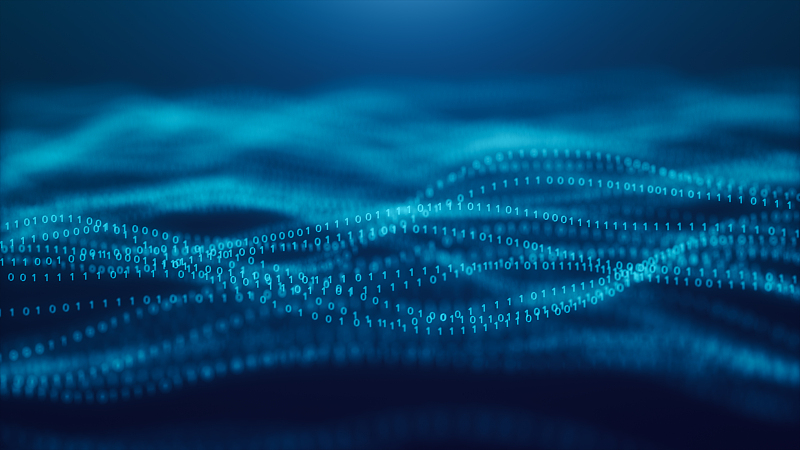 AI could speed up human use of technologies like gene editing. /Getty Creative/CFP

AI could speed up human use of technologies like gene editing. /Getty Creative/CFP

"Early detection, therapeutics, drug discovery – we're living longer as a result," says Siow, who is a director of the consortium. "There's a huge amount of data to collect from maternal health, in-utero health, the first 1,000 days of life, and how that impacts longevity and health trajectory over the next 80 years or 100 years of your life."

The advent of tech like smart watches, wearables and sleep tracking means the ever growing data-sets we have on personalized health trajectories, and what they can tell us about aging, are now "as important for longevity as the treatment of diseases," says Siow.

Over the past six months we have advanced five or 10 years in our awareness of the importance of health and wellness
-  Richard Siow, King's College London

While doubling the average lifespan may be a way off, the reality of recent leaps in AI, robotic, and medical imaging technology means living much longer is becoming the norm in Europe. Overall life expectancy in the EU has increased by around 12 years since 1960, and despite the pandemic's attack on older generations, countries are already having to realign their economies to cater for a radically aging population.

"Certainly over the past six months we have advanced five or 10 years in our awareness of the importance of health and wellness, especially with older people," says Siow. "The whole economy is now gearing up due to the awareness towards the older population, because this is what's going to hit many governments over the next few decades."

So if radical life extension technology were to become mainstream, what might that mean for society? Governments are already having to pay more attention to how they manage a rapidly aging workforce as Europe's old age dependency ratio is set to double by 2070.

That not only means quickly honing technology to better mitigate against frailty, dementia, and age-related diseases through the tech radical life extensionists are pushing, but also taking measures to keep older people active within the economy through methods like intergenerational working and balancing age wealth inequality.

In the UK, the All Party Parliamentary Group (APPG) for Longevity was set up in 2019 to address such technological and socio-economic issues surrounding the country's ageing demographic, but it's also clear it wants Britain to cash in on a highly profitable industry. 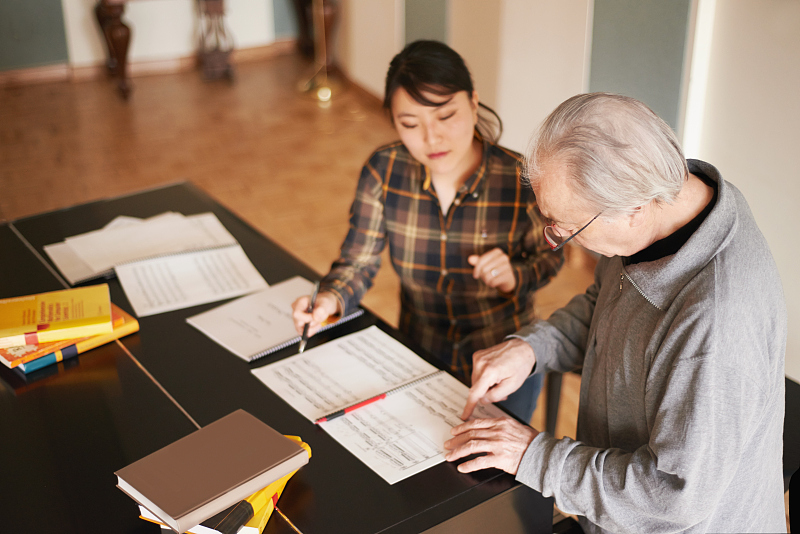 Working together across generations may become much more prevalent in an aging population. /AJ Watt/Getty Creative/CFP

Working together across generations may become much more prevalent in an aging population. /AJ Watt/Getty Creative/CFP

Kaminskiy, who advises the APPG, says the opportunities for financial technology in the field of longevity are immense; insurTech, healthTech, and mHealth – medicine and public health supported by mobile devices – are just some of the new fangled portmanteaus expected to turn a huge profit in a new age of significantly longer lifespans.

But less important than living past 120 is the more incremental healthy longevity, improving the general health of those already living beyond 80. "I wouldn't call it longevity as such, as in cutting off your head and freezing it or injecting yourself with something weird and wonderful," says Siow.

He says teaching people how to keep themselves healthier for longer, giving the wider population access to things like anti-aging supplements, would be a better application of breakthroughs in the field of longevity: "Education is the one area I would say is more important than anything else." This is something the APPG is also proposing.

For Anthea Tinker, director of KCL's institute of gerontology, simple things like providing adequate housing or "more modest developments such as smartphones for many older people" are what policy makers should focus on if promoting longevity is to be successful across the board.

So what does she make of those hoping to reach 180? "That is up to individuals," she says, "but [it] does not seem a good use of resources." 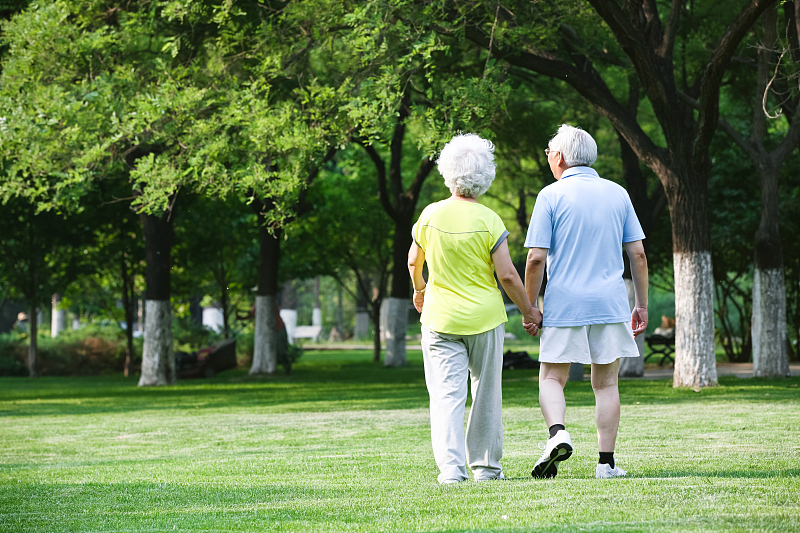 Indeed, there are still questions around whether doubling our lifespans is something we would even want. For people like Kaminskiy, the benefits of radical life extension are a no-brainer, but for Oxford University philosophy professor Adrian Moore, things are less certain.

"Let's suppose it was possible for people that were really, really wealthy to buy themselves an extra 100 years, and it did involve diverting resources from elsewhere," he says. "If you look at the implications for society as a whole then no doubt this is not to the greater good."

He adds that the other basic worry is that no matter how good a long life might be, it might "just eventually become tedious, and so tedious that you just couldn't stand it any longer."

There's something pretty awesome about confronting the prospect of your own nonexistence
-  Adrian Moore, professor of philosophy, Oxford University

Conversely, "if you make the life too interesting to try and get around the problem of boredom, then there is a danger that it's not clear after a while whether it's still you." If so much time passes, and our personalities change so much, he asks, are we really "the same person" at the age of 180?

"Whichever way you slice it," says Moore, "there's something pretty awesome about confronting the prospect of your own nonexistence."

But as Siow points out, ever since prehistory, man has been trying to live longer – "Either fighting off wild animals, or cooking food so they don't get a stomach-ache... it's something that's inherent in human culture."

And if we can hone the tech to make living to 180 possible, and such a life is healthy, worthwhile, and doesn't harm others, as Moore says: "What's not to like?"