Download
What does Brexit mean for asylum-seekers in the UK?
Thomas Wintle 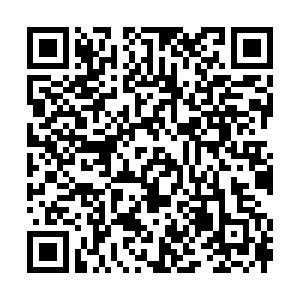 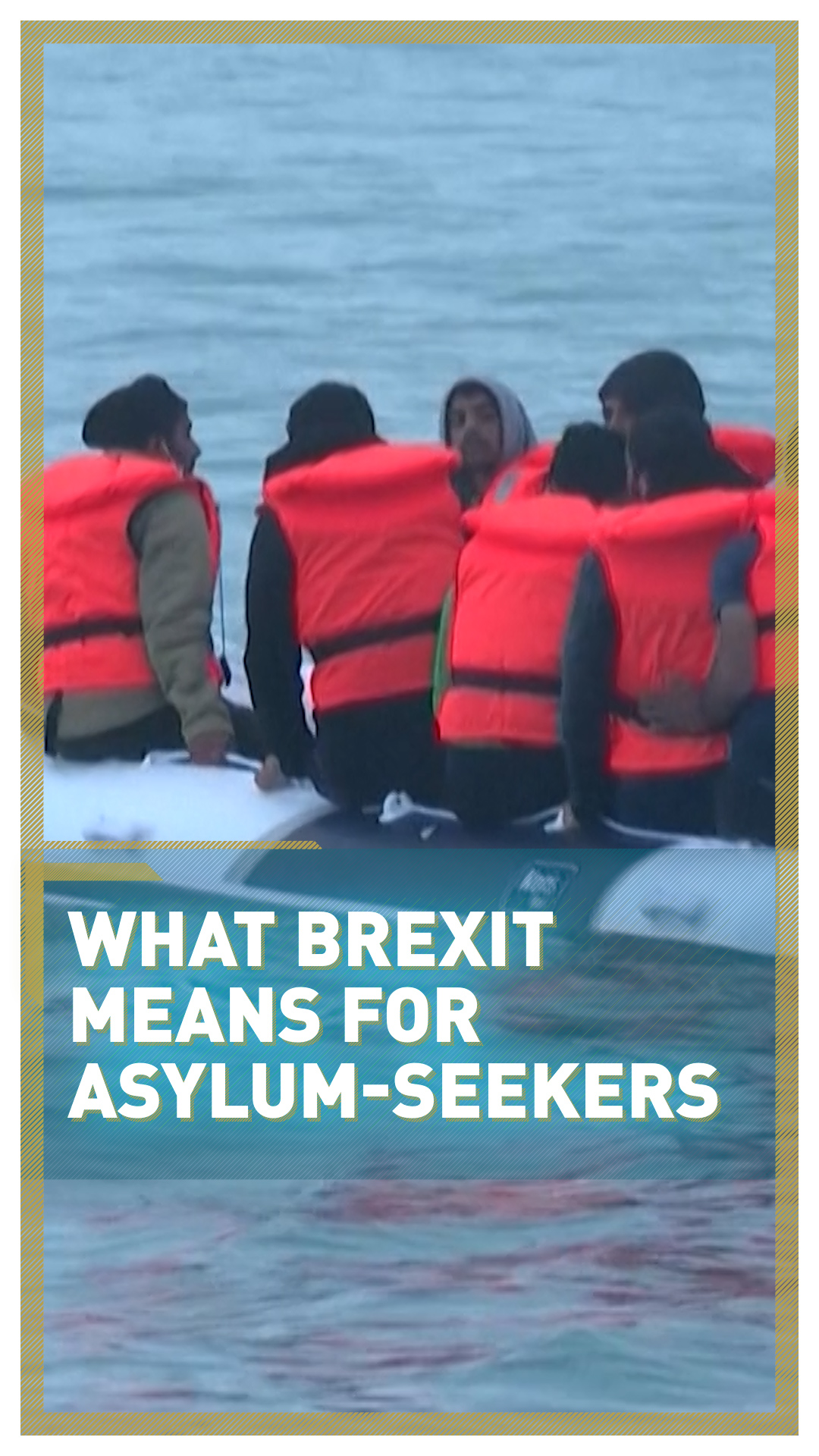 The UK's departure from the European Union's refugee framework will essentially strip the country of its ability to return asylum-seekers across the Channel.

EU countries have agreed that anyone seeking a safe haven within the bloc must do so where they first arrive. Any subsequent country they travel to has the right to return them to the point of entry. Once these rules cease to apply to the UK, the country may find it more difficult to quickly resolve cases, even as politicians promise a tougher policy towards asylum seekers.

According to Peter William Walsh, a researcher from Oxford University's Migration Observatory, this has sparked "real concerns about the uncertainty that's created with this change to the immigration rules."

The main EU asylum tool the UK has lost access to is the so-called Dublin protocol. This is how EU members return an asylum-seeker to a "safe third country," essentially any country where the person will be granted protection.

In the EU, that often means the place where an asylum-seeker formally entered the bloc – or, more accurately, the first place where they came to the attention of the authorities. For example, if a Syrian refugee were to pass through Germany on their way to the UK and were registered with the authorities, they could be returned to Germany – a safe third country – under the Dublin system. 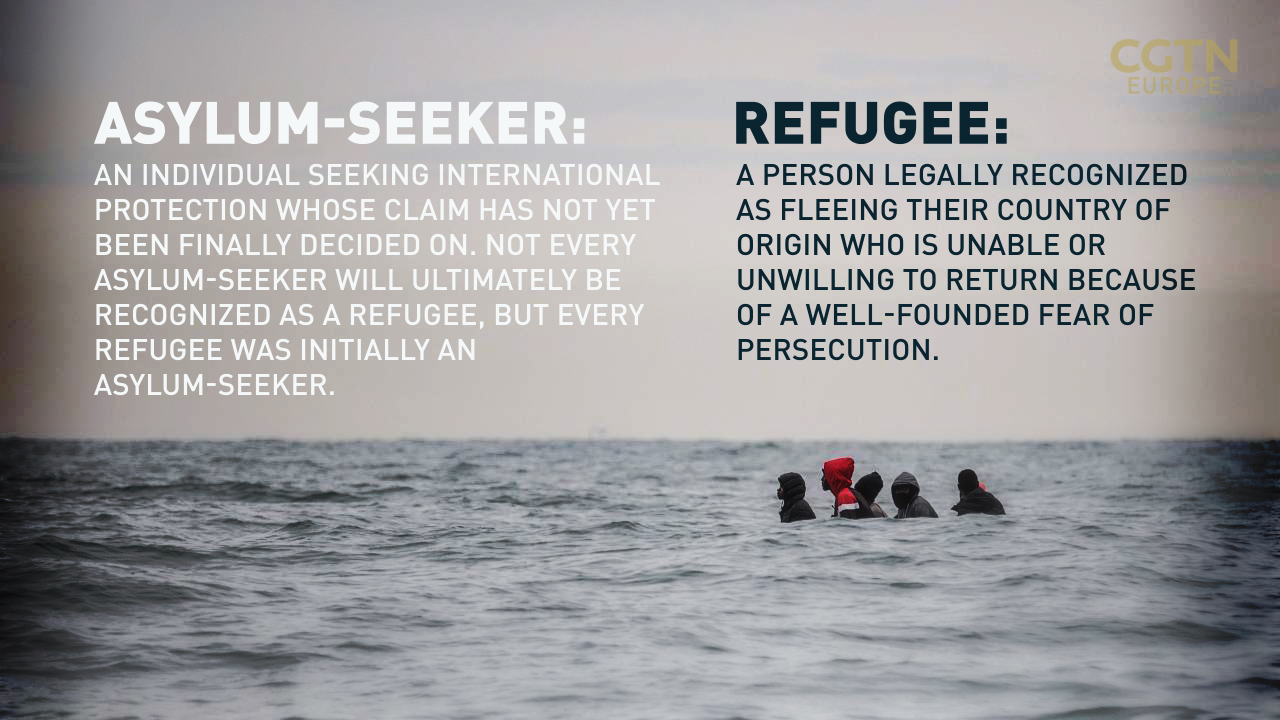 The number of asylum-seekers crossing the Channel by boat rose dramatically in 2020, hitting around 8,000. /Sameer Al-Doumy/AFP

The number of asylum-seekers crossing the Channel by boat rose dramatically in 2020, hitting around 8,000. /Sameer Al-Doumy/AFP

To find out if asylum-seekers had already registered in other EU countries, British officials could tap into the bloc's fingerprint database of asylum applicants, EURODAC, and set the ball rolling. In 2019, Britain used this system to ask for more than 3,000 transfers, but only 263 were actually made. Most of them were to Germany, Italy and France – countries that repeatedly handle far more asylum applications than the UK.

After Brexit, London will no longer have access to EURODAC or the Dublin protocol. And while the transfers represent a tiny fraction of the UK's asylum claimants, it was the only mechanism the UK had for moving asylum-seekers to other EU countries and vice versa.

Watch: How is the coronavirus pandemic affecting refugee protection? 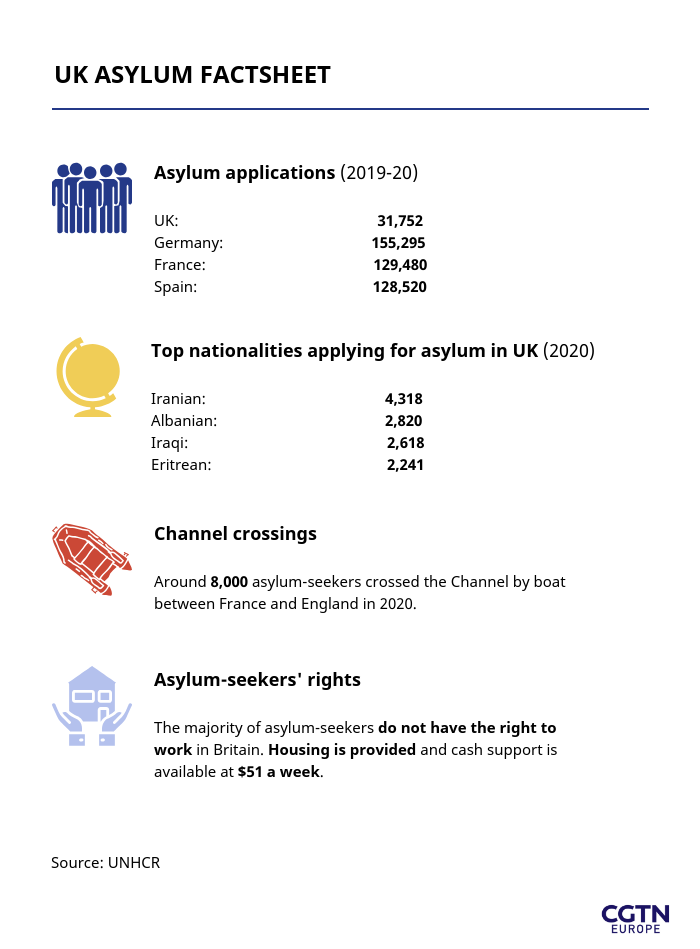 This is important in the context of the tens of thousands of child refugees in Europe, as it will make it far more difficult for asylum-seekers in the EU, including unaccompanied minors, to be reunited with their family members in the UK.

Last year, Prime Minister Boris Johnson said he was "absolutely committed to ensuring that this country will continue to receive unaccompanied children," but after Brexit, and without the Dublin protocol, there will be limited ways to bring young children and their families back together.

"It is disgraceful that the government is closing a legal route that has protected people from smugglers and traffickers by giving them a safe way to reach their relatives and start rebuilding their lives," said Jennine Walker from the refugee support group Safe Passage International. 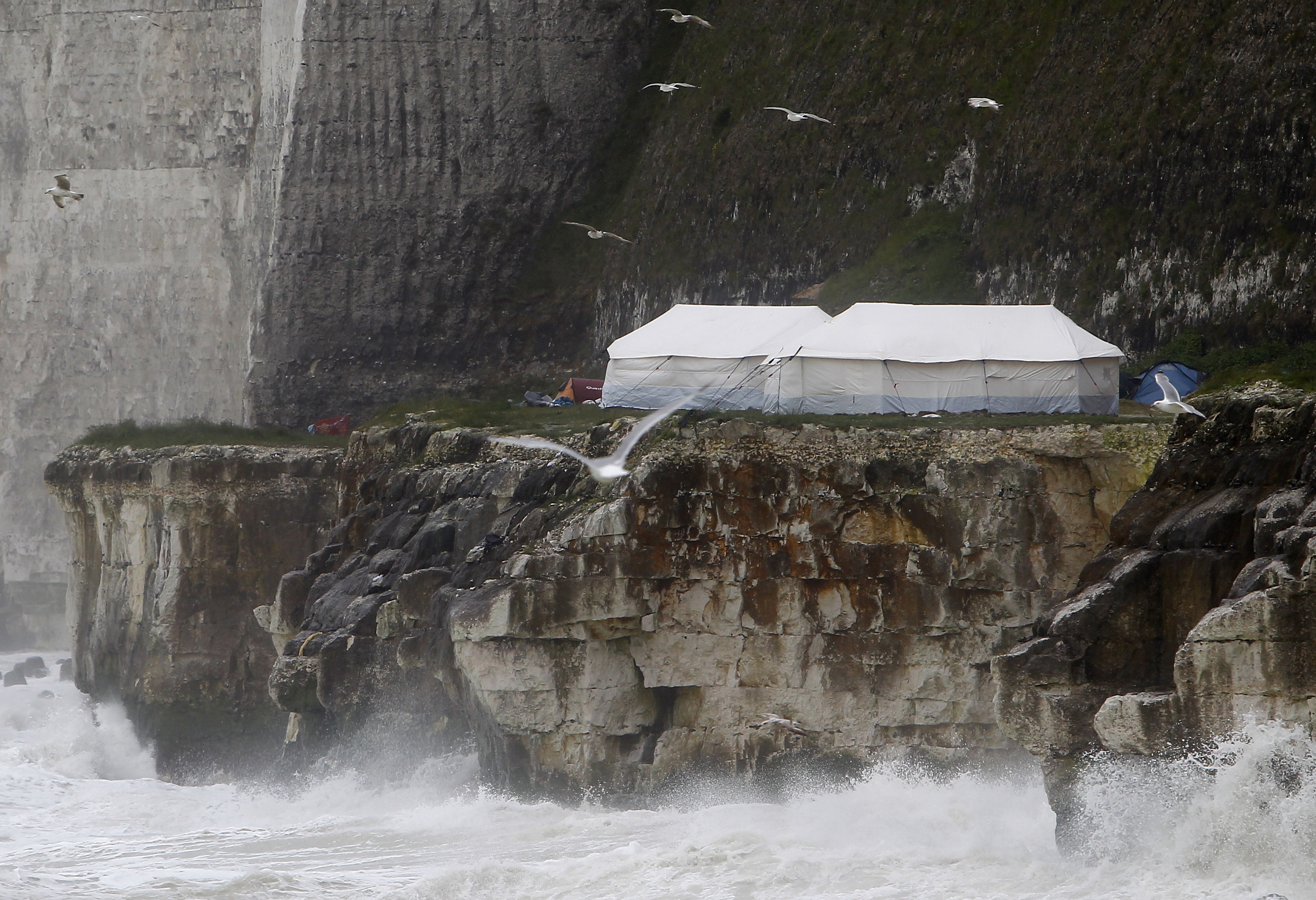 At the height of the refugee crisis, migrants set up a makeshift camp along the storm-hit cliffs near the port of Dieppe in northern France, with many hoping to cross the Channel. /Michel Spingler/AP

At the height of the refugee crisis, migrants set up a makeshift camp along the storm-hit cliffs near the port of Dieppe in northern France, with many hoping to cross the Channel. /Michel Spingler/AP

"Unless the government agrees a family reunion replacement that is at least as good as Dublin, smugglers and trafficking gangs will have a field day when the transition period ends," she added.

The Home Office, which oversees the UK's asylum system, did not respond to CGTN Europe in time for publication as to how it plans to replace Dublin or facilitate family reunions post-Brexit. But as of yet, it appears the UK hasn't signed any significant asylum deals with other EU states or the bloc as a whole.

There is an agreement with France "to potentially transfer and exchange asylum-seekers," according to Matthew Saltmarsh from the UN Refugee Agency (UNHCR), but its provisions were pegged to Dublin, rendering it potentially meaningless after Brexit. Essentially, the UK won't be able to readily exchange asylum-seekers with any EU countries until new deals are in place.

Watch: Why are migrant and refugee numbers falling in Europe?

Leaving the EU's minimum standards for the treatment of asylum-seekers – the Common European Asylum System – also means the UK will lose out on the bloc's $3.8 billion pot of cash used to support people seeking asylum.

British charities estimate this will mean missing out on tens of millions of dollars used to provide vital services such as housing for an estimated 30,000 refugees. And with no government commitment to replace the money, Maurice Wren, CEO of the Refugee Council accused the government of having "lost sight of that fact that they are dealing with the lives of real people." 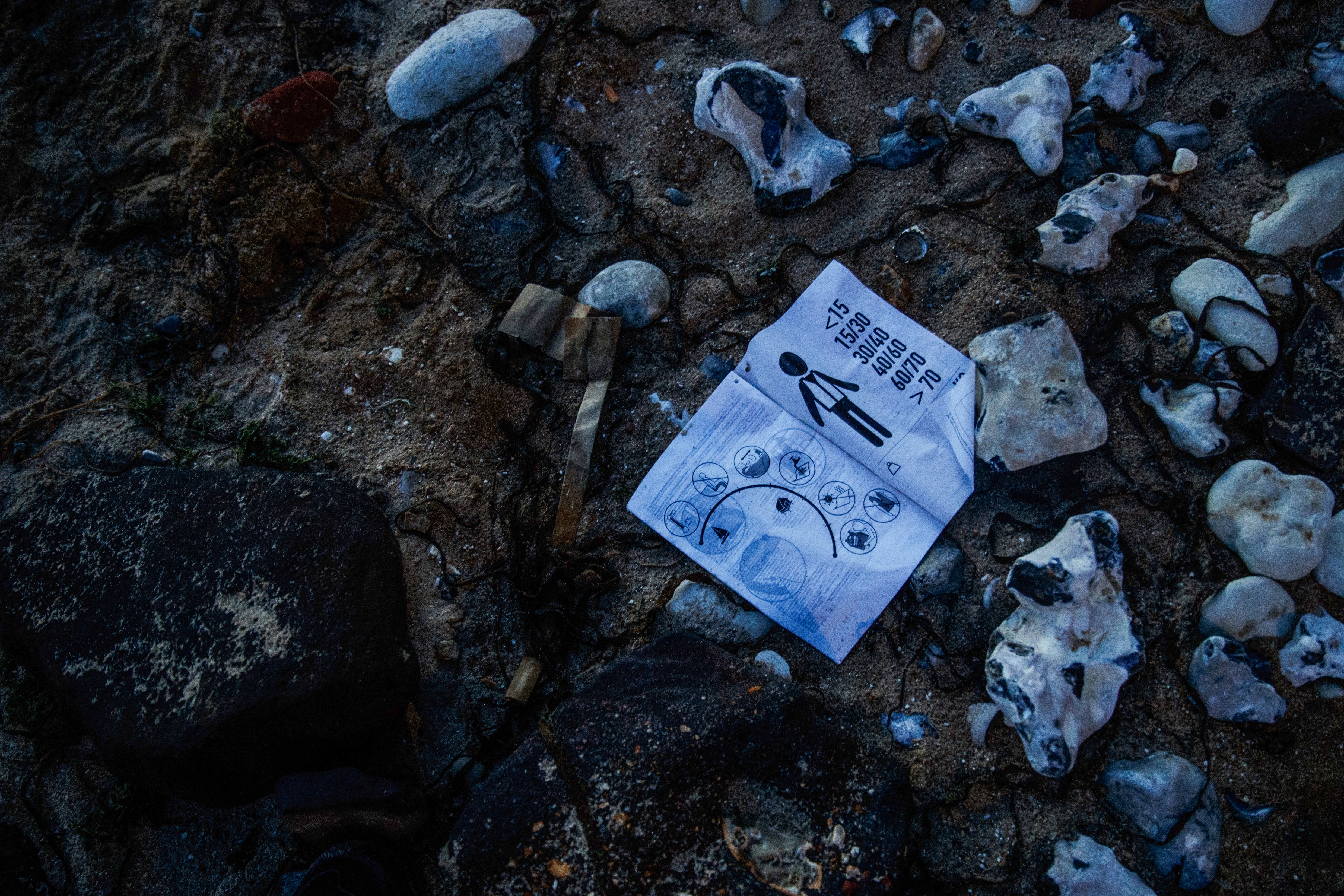 A user's manual for a life jacket on the beach of Sangatte near Calais in northern France, where many migrants attempt to reach Britain by crossing the Channel. /Sameer Al-Doumy/AFP

A user's manual for a life jacket on the beach of Sangatte near Calais in northern France, where many migrants attempt to reach Britain by crossing the Channel. /Sameer Al-Doumy/AFP

However, experts believe the majority of Britain's regulations for the treatment of asylum-seekers will stay the same in spite of Brexit. That's because both the UK and EU's rules are based on international law from the UN's refugee convention, which ensures a refugee's right to access to housing, for example, or most importantly, not to be returned to a country where they face persecution.

"This kind of stuff, at least initially, after Brexit will not change in the UK because it's part of our membership for other things like the UN," says Tom Dixon from ACH, a British social enterprise specializing in refugee resettlement. But with the UK changing its asylum policy just 20 days before the Brexit deadline, what could happen further down the line remains less clear.

How is the UK planning to replace the system? 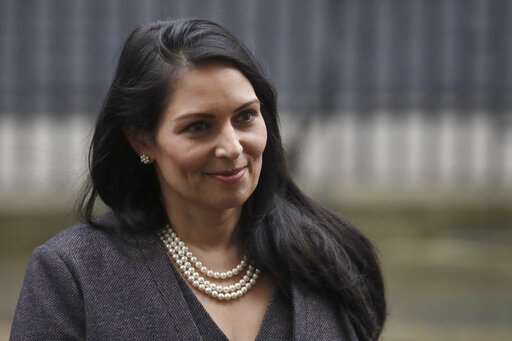 In early December 2020, the UK quietly changed its immigration rules to bar people claiming asylum if they have traveled there through a safe third country.

A tougher approach is part of UK Home Secretary Priti Patel's pledge to overhaul Britain's "broken system," by stopping what she describes as people "shopping around for where they claim asylum ... while lining the pockets of despicable international criminal gangs."

Under the new law, that means if the British authorities discovered a refugee in the Channel, but concluded they had come through France, they would simply refuse to process the asylum application. Instead, they would try to send them back to France, or any safe third country that would agree to take the person.

However, the government won't be able to do any of this unless they have bilateral deals with EU states. Without a substantial replacement for Dublin, says the Migration Observatory's Walsh, "the UK will have to hear the asylum claims of every person." 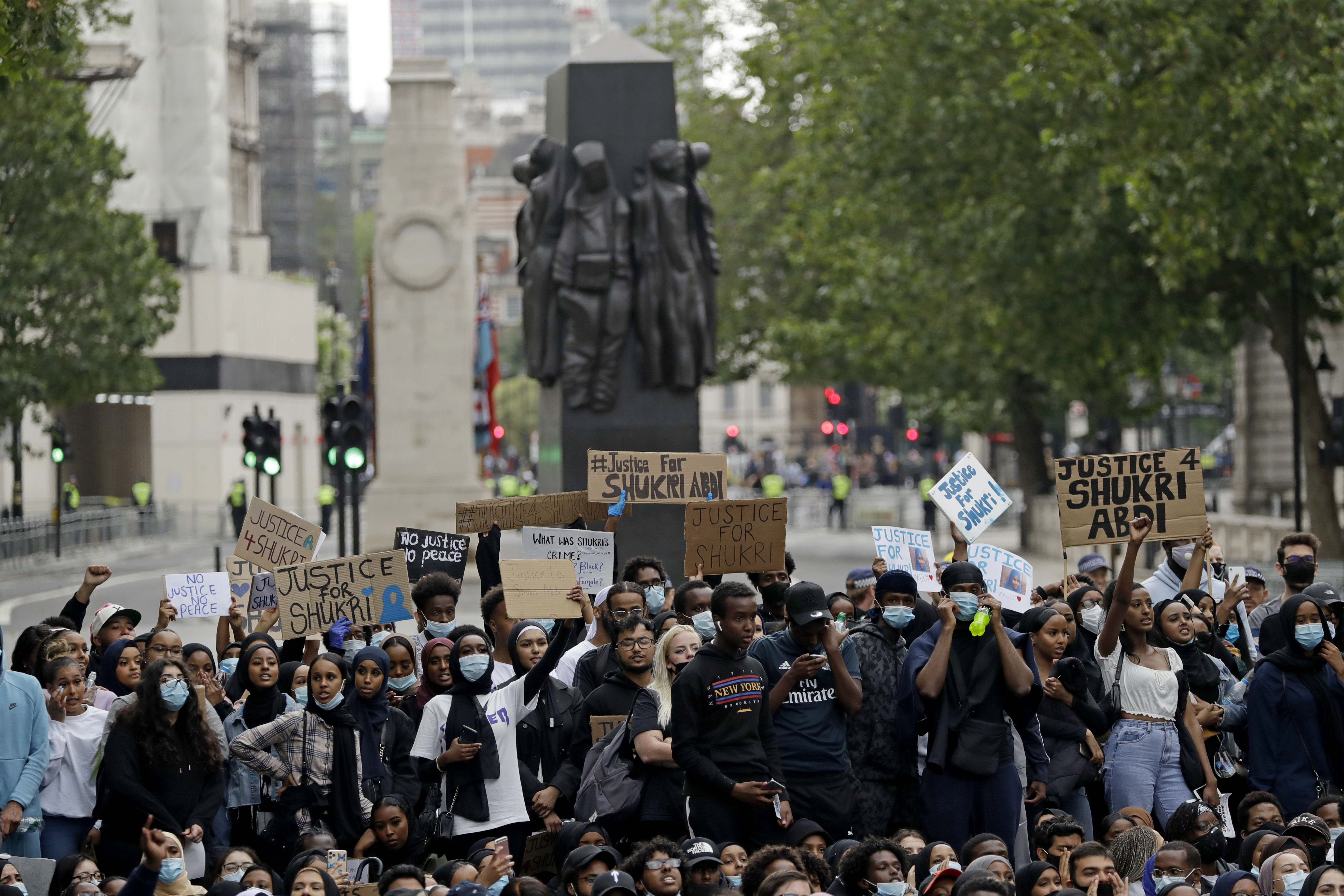 Protesters in Manchester rally in honour of Shukri Abdi, a 12-year-old Somali refugee who drowned in the Greater Manchester area in 2019. /Matt Dunham /AP Photo

Protesters in Manchester rally in honour of Shukri Abdi, a 12-year-old Somali refugee who drowned in the Greater Manchester area in 2019. /Matt Dunham /AP Photo

This makes the new law "largely symbolic," Walsh adds, designed to send a message of reform and a stricter approach to immigration. However, it will add an extra layer of uncertainly for the almost 62,000 people already waiting for their cases to be processed in the UK.

More than half of these people – many of whom are held in detention – already have to wait longer than six months to get a ruling on whether they can stay or not. Charities report that loneliness, digital exclusion and poverty is common, with 29 asylum-seekers dying in government accommodation this year alone. That's almost five times the amount known to have died crossing the Channel in the same period.