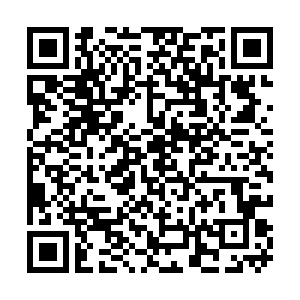 The COVID-19 pandemic has made life for refugees and migrants significantly harder, causing a profound worsening of their mental health and exacerbating discrimination against those living in precarious conditions, according to a report by the World Health Organization (WHO). 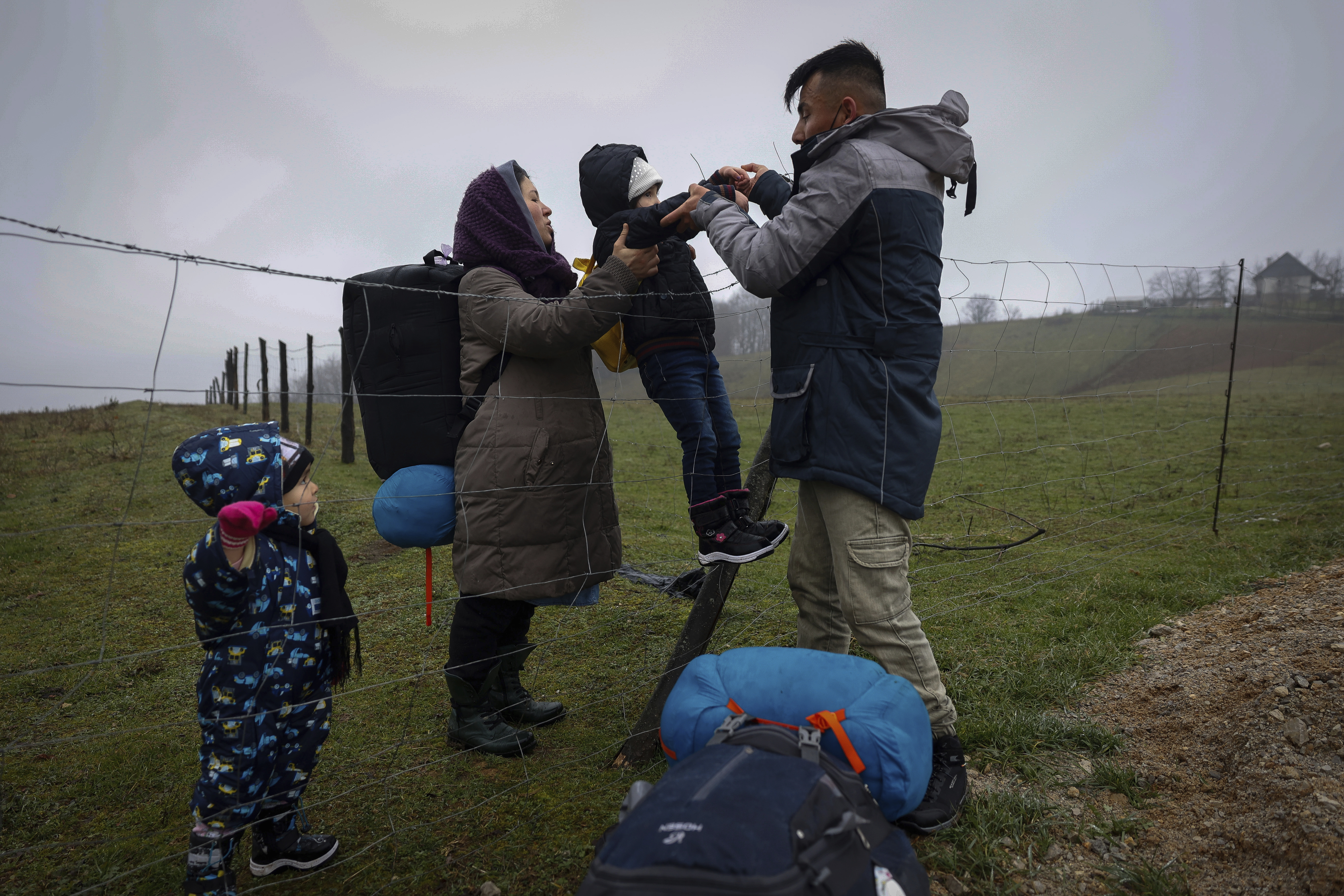 Today, one billion people are currently estimated to be migrating or displaced around the world, fleeing war, persecution, or poverty. That's about one in seven people, the biggest number of migrants and refugees since the Second World War.

Many refugees and migrants live on the fringe of societies, often with no access to public health services.

Border closures, stay at home measures and other restrictions caused by COVID-19 have only exacerbated the living situation of refugees and migrants, who have been hit disproportionately hard by the pandemic.

A migrant man stands in front of his tent in the new refugee camp of Kara Tepe, in the island of Lesbos. / Anthi Pazianou / AFP

A migrant man stands in front of his tent in the new refugee camp of Kara Tepe, in the island of Lesbos. / Anthi Pazianou / AFP

The WHO conducted a survey, called ApartTogether, to identify how the coronavirus pandemic is affecting refugees and migrants around the world, in their own impressions.

The survey found, perhaps unsurprisingly,  that the more precarious the living conditions of refugees and migrants, the less likely they were to be able to exercise COVID-19 precautions and to seek medical assistance. Those living in insecure accommodation, in the streets or in asylum centers, were more exposed to discrimination and to develop mental health issues as well.

Most refugees and migrants involved in the survey said they always or often followed COVID-19 precautions, but around 20 percent of them said they found it hard to avoid public transport or staying indoors.

Results show that among the 30,000 refugees and migrants who responded to the survey, 35 percent didn't seek health care  in cases of suspected COVID-19 symptoms because they couldn't afford it, while 22 percent didn't for fear of deportation.

Residence status also played a significant role: one out of six migrants without any documentation would not seek medical care for COVID-19 symptoms, while for those holding citizenships or with permanent documents this number was as low as 5.9 and 4.1 percent respectively. 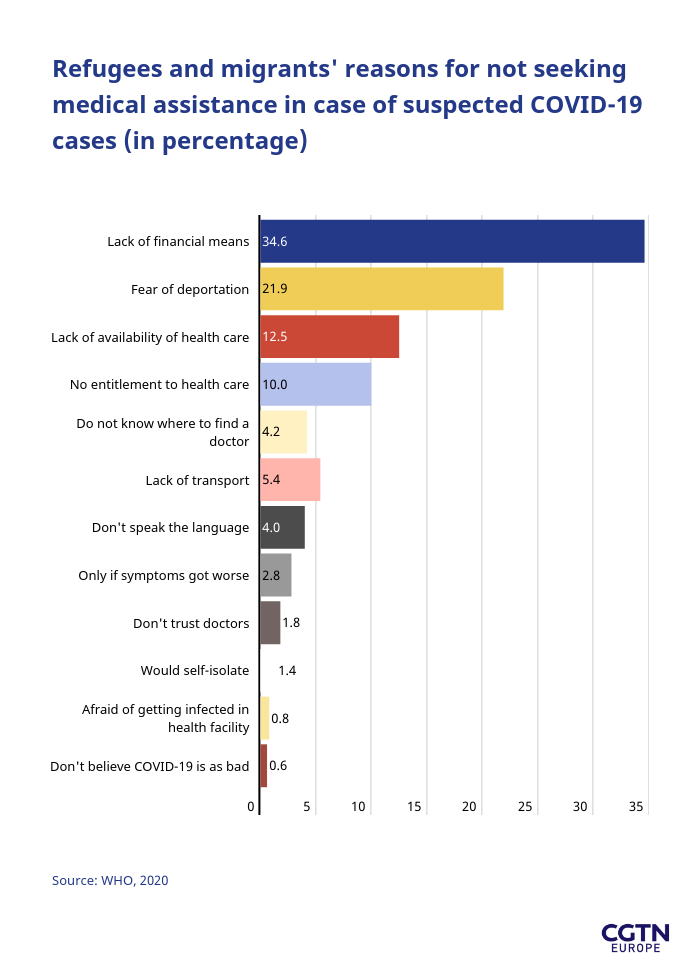 Most significantly, 50 percent of respondents said that the pandemic had worsened their mental health, giving them greater feelings of depression, anxiety and loneliness. One in five said they have increased their drug and alcohol use during the pandemic. 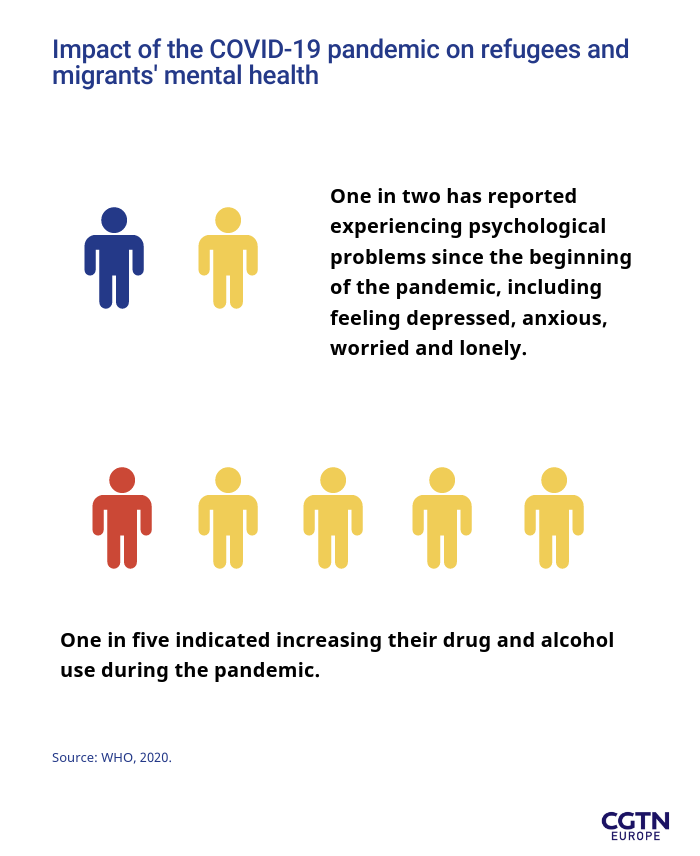 The findings call for better efforts to make sure everyone has access to health care, including refugees and migrants, the WHO concludes. These should also be offered better psychological support, together with better housing and working conditions.

In order to achieve the goal of universal health coverage, "refugees and migrants should not be left behind," the report concludes.