Download
Brexit: 10 things that 'no deal' means for the UK and EU
Thomas Wintle 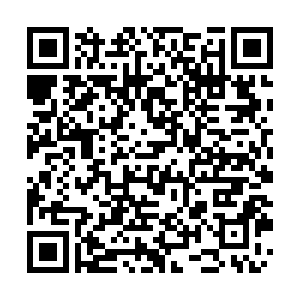 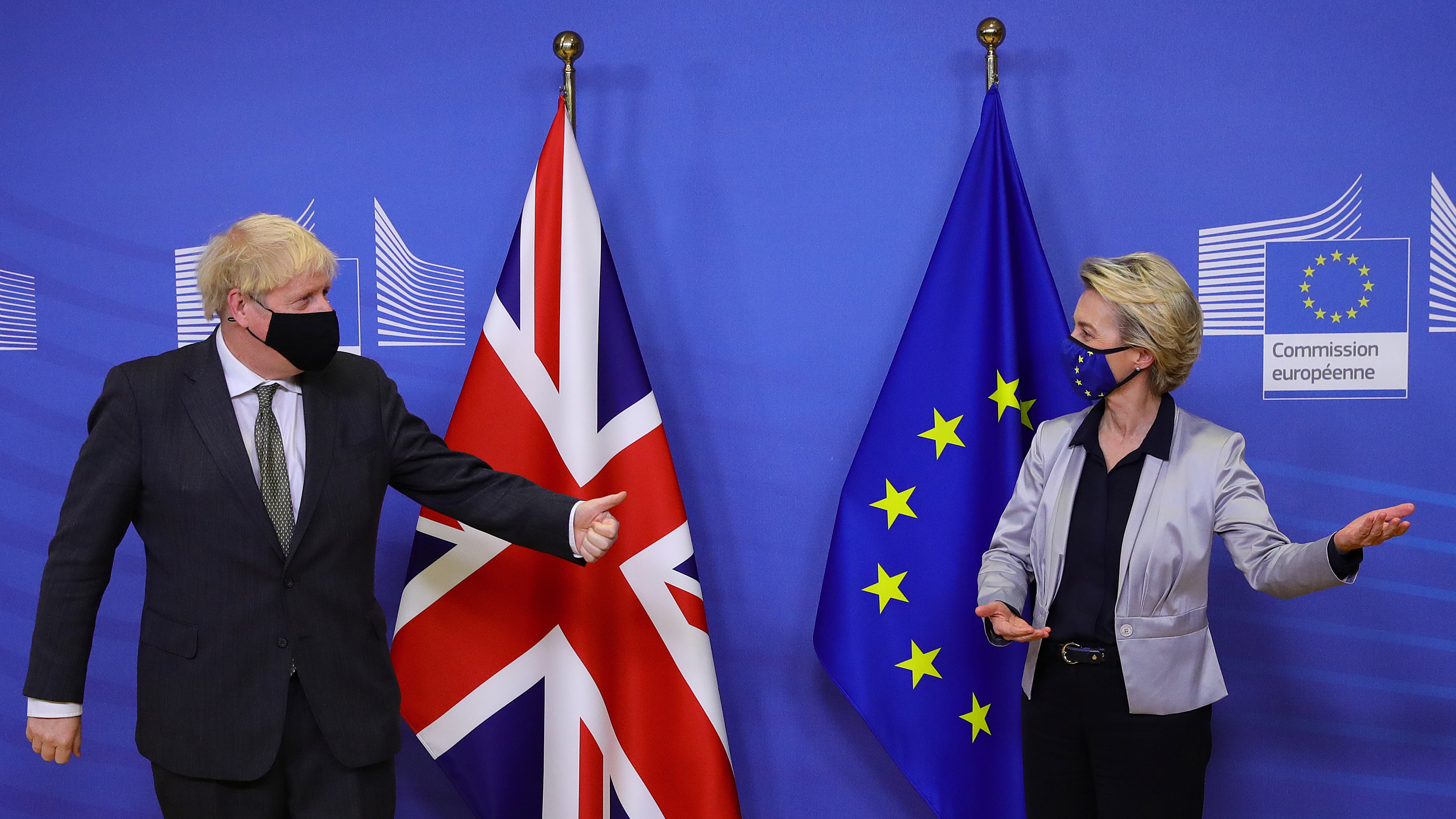 The United Kingdom is officially leaving the European Union on 1 January, 2021 and while negotiators have extended their Sunday deadline to break the impasse over securing a trade agreement, UK Prime Minister Boris Johnson has said a no-deal Brexit is now looking "very, very likely." So what does a no-deal Brexit actually mean for the UK and EU?

Here are 10 of the main differences we'll see if London and Brussels fail to clinch a deal before the end of the month.

Without a deal, the UK and EU will start trading on World Trade Organization (WTO) terms – the basic regulations between countries that don't have trade deals. That means the EU would start taxing goods from the UK and vice versa, and essentially, the bigger the tariff, the bigger the cost for consumers.

The average tax on non-agricultural products is about 2.8 percent, but they are much higher on food goods: tariffs on EU dairy – French cheeses for example – will go up to more than 35 percent while some meat products will hit the 40 percent mark. Forecasting a five percent increase on UK food prices, John Allan, the chairman of British supermarket chain Tesco, has said no-deal could "change the mix of what people eat."

Expect to see UK prices go up on fruit, vegetables, pork, and pizza bases – all of which are largely imported from the EU – and more Britons dining on cheaper homegrown produce like lamb, beetroot and whisky. On the other side, EU citizens can expect to pay more for popular UK imports such as shellfish, cheddar cheese and lamb. 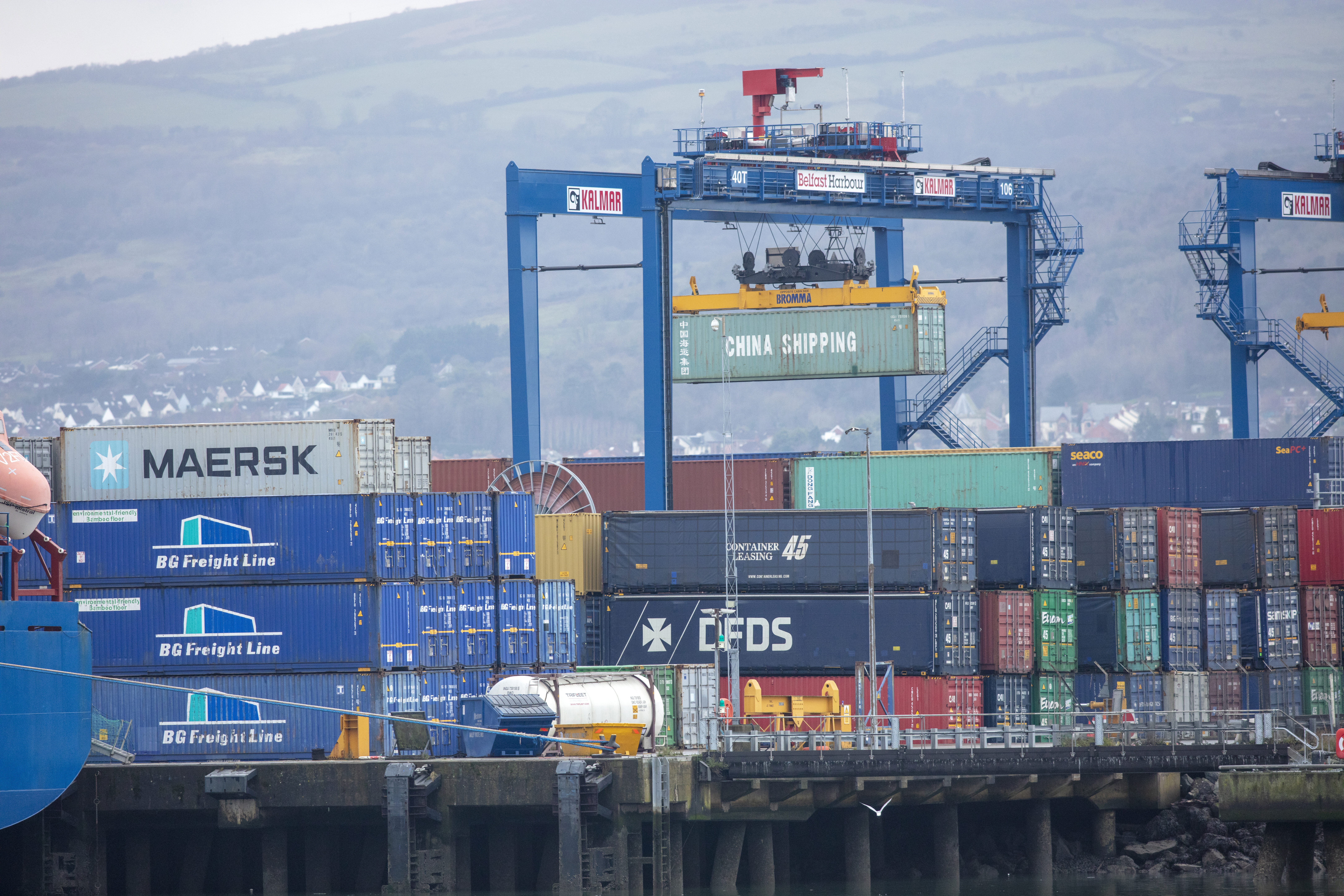 There is concern over whether UK infrastructure for no-deal checks will be set up in time, especially in Northern Ireland. /Paul Faith/AFP

There is concern over whether UK infrastructure for no-deal checks will be set up in time, especially in Northern Ireland. /Paul Faith/AFP

No-deal would mean both Brussels and London bringing in WTO border checks on their respective products and freight carriers having to carry new documentation. Both are expected to cause delays at the border for at least six months.

While European trade hubs including Calais and Rotterdam say they're preprepared for the new customs system – it'll be phased in progressively over six months – the UK Major Ports Group is concerned whether the extra UK infrastructure for no-deal checks will be ready in time, particularly in the case of Northern Ireland.

The UK government has predicted in a worse case scenario that up to 85 percent of truck drivers would not have the necessary documentation to enter the EU via France, with the added admin expected to cost businesses up to $19.8 billion. The new checks on drivers and goods could also cause food shortages, most likely on fresh fruit and vegetables, on both sides of the Channel.

The delays would also hit holidaymakers, alongside a raft of new travel requirements. Britons will face longer queues at passport control as they join the lanes for non EU-EEA passengers. They must also get travel insurance, especially as European Health Insurance Cards become defunct for UK tourists after December 31.

For those hoping to cross the Channel by car, the UK government's worst-case scenario predicts queues of 7,000 trucks at its borders, meaning traffic backlog at ports and the Channel Tunnel. Holidaymakers will also have to get an international driving permit and a copy of proof of their car insurance to drive in the EU.

Thankfully, planes will continue to travel between Britain and the Continent in the short term, both sides have agreed, with Brits still allowed to go to the mainland without a visa for up to six months a year. However, the EU has suggested its coronavirus restrictions could be used to stop Britons from entering the bloc for non-essential travel, meaning Euro-getaways could be off the cards for some time.

Coming in the other direction, EU travelers to the UK shouldn't be as badly affected, although given the end of the EHIC system they too would be well advised to top up their travel insurance. EU, EEA and Swiss citizens will still to be able to travel to the UK for holidays without needing a visa, but with most visitors having to self-isolate on arrival because of the coronavirus, chances for a UK holiday remain thin in the short term. 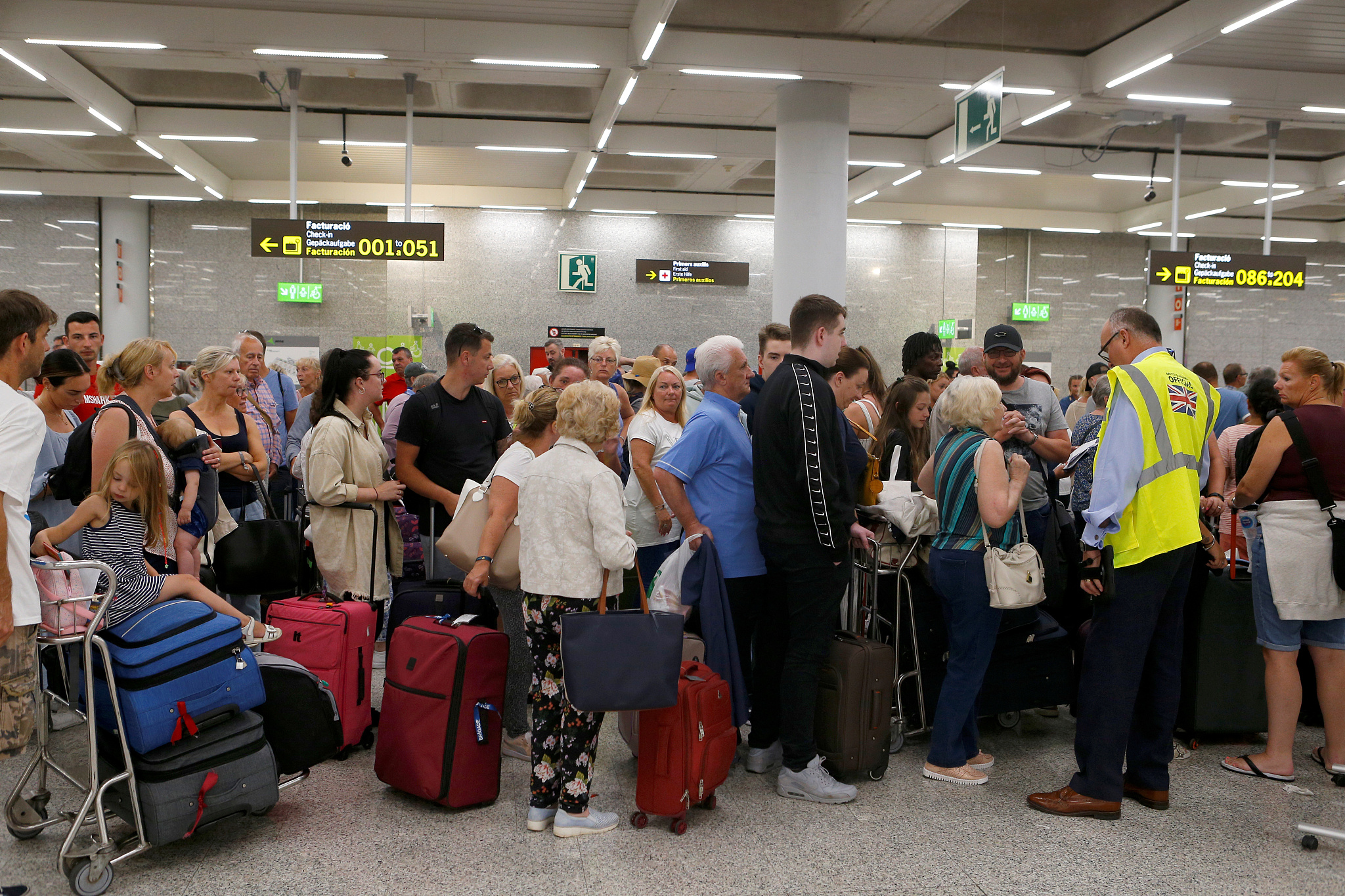 Britons will be once again able to do booze cruises – where they cross the Channel to buy duty-free alcohol at a lower price than in the UK. /CFP

Britons will be once again able to do booze cruises – where they cross the Channel to buy duty-free alcohol at a lower price than in the UK. /CFP

If travel is allowed, tourists will once again be able to take advantage of duty-free shopping. Britons are set to resuscitate the hallowed booze cruise – crossing the channel to pick up tax-free alcohol – and will be able to save up to $15 on a liter bottle of 40 percent spirit or bring back two cases of wine without paying any duty.

However, taking pets on vacation would also become significantly more difficult for UK citizens. If the UK leaves the EU Pet Travel Scheme without a replacement system, owners will have to microchip their animals, vaccinate their cats and dogs against rabies, and have an EU-approved vet sign off a blood sample three months before travelling. Then, 10 days ahead of travelling, the vet must provide you with an animal health certificate.

For many, it may just be easier to leave Fido at home – as many EU travelers to the UK have long decided to do, to avoid the island nation's longstanding tough pet-import laws. These will not change after Brexit.

Without a trade deal, UK mobile phone users visiting the continent won't be protected from roaming charges. However, new UK legislation will stop companies charging over $60 for data in a month and the country's main providers – O2, Three, EE, and Vodafone – have said they are not planning to bring back the roaming charges.

The UK's exit from the EU also means European visitors to Britain will not be covered by the law – although, again, in a competitive market many networks will voluntarily keep customer costs down.

READ MORE: Brexit – what you need to know 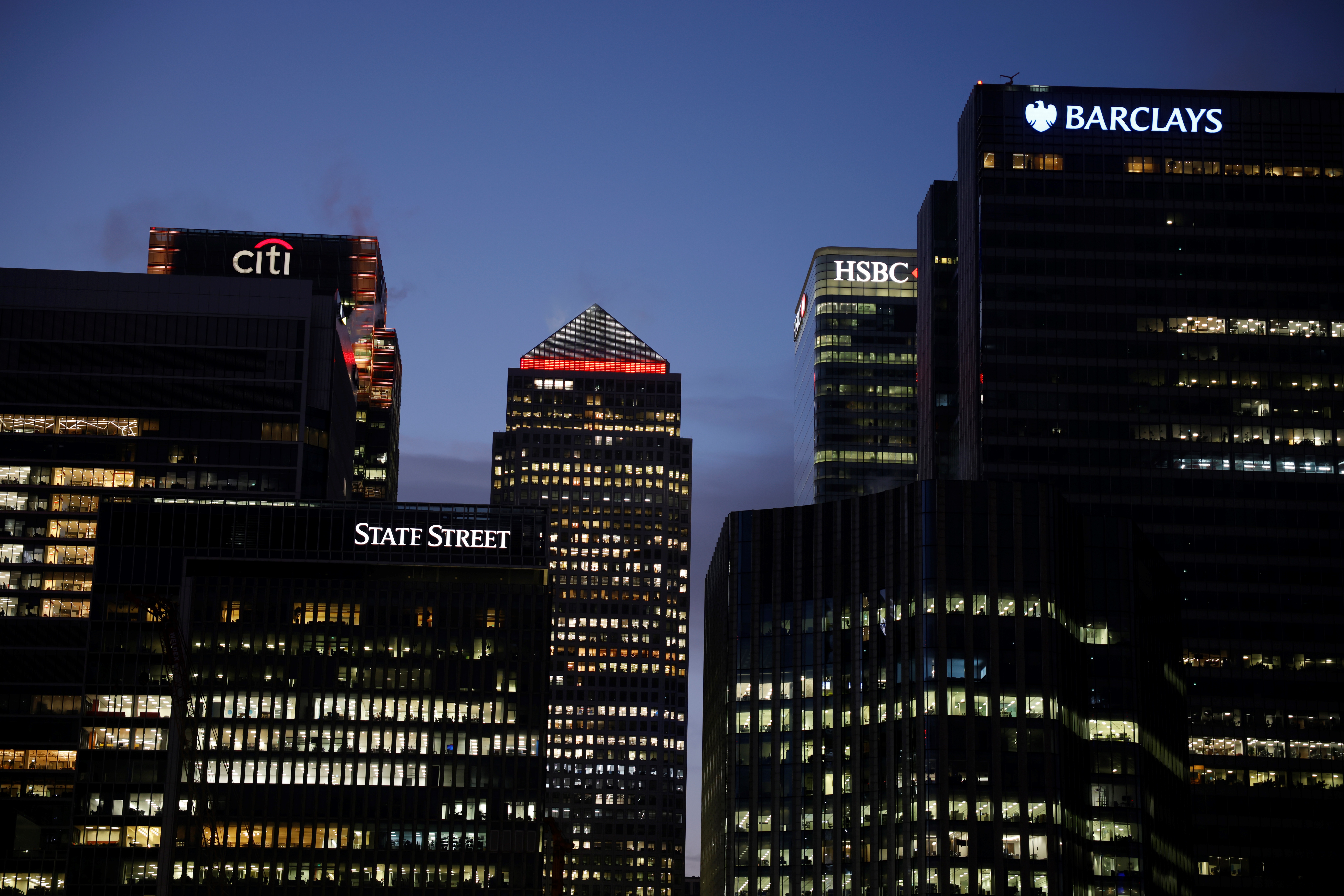 One of the industries that has been preparing for a no-deal scenario for several years has been financial services, with many UK-based actors having already set up offices in EU states. However, questions still remain over how easy it will be for them to operate without an agreement. With a no-deal endangering how services manage UK-EU financial activity including data sharing, we could see more relocations, but how many in the long-term remains unknown.

One of the most contested issues in the Brexit negotiations is fishing. Under a no-deal Brexit, British fishermen would gain exclusive rights to British waters – but would be banned from trawling off the EU's shores. This could lead to confrontations if fishing boats return to areas they have traditionally worked.

The new WTO tariffs could also cause problems here: the UK exports around 75 percent of its fish, the majority of which goes to Europe, and with 12 and 13 percent tariff on cod and smoked salmon respectively, fishermen both sides of the channel could be hit hard by the tax hike. The European Commission, which has set up a $6 billion Brexit adjustment reserve, has sad that "in terms of the regions and sectors most affected, it is already clear that a no-deal scenario poses specific risks to the EU fishing industry."

WATCH: Brexit: Farming and Fishing (The Agenda with Stephen Cole in full) 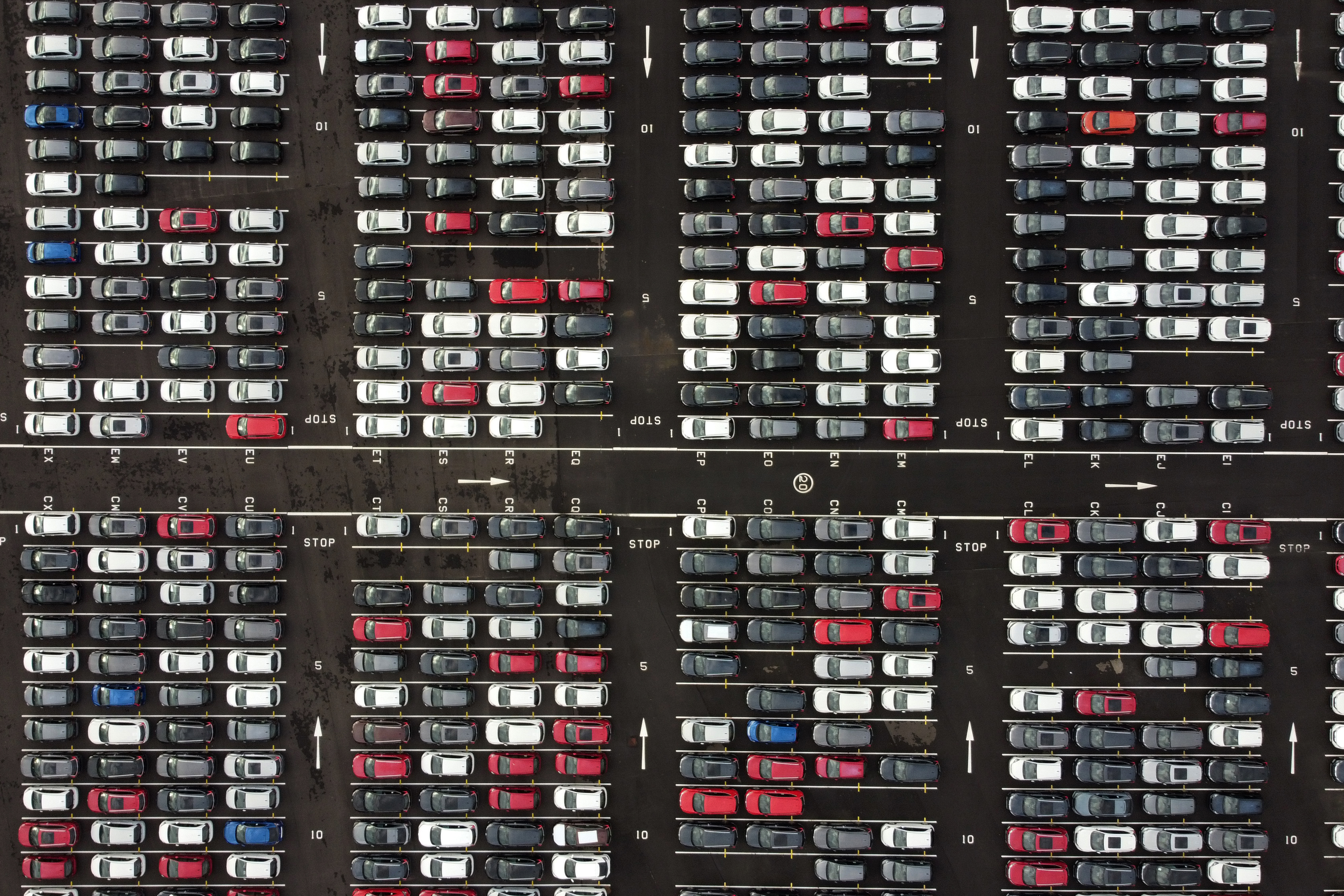 Under World Trade Organization rules, there is a 10 percent tariff on imported car parts, which could mean a hike in car prices for UK customers. /Ben Stansall/AFP

Under World Trade Organization rules, there is a 10 percent tariff on imported car parts, which could mean a hike in car prices for UK customers. /Ben Stansall/AFP

Manufacturing is also set to be hit hard. Under WTO rules, there is up to a 10 percent tariff on imported car components, for example, meaning no deal could add around $2,000 to the cost of a new imported car in the UK. There's a chance this could lead to a domestic boon in British car making, but the country's auto industry would be similarly affected by export tariffs – and it is heavily reliant on imported parts, pushing up the price of manufacturing. Delays at the border could also lead to suspended production.

10) Vaccine is safe, but delays could mean UK medicine shortages

The British government has said there are contingency measures in place to avoid shortages in the case of no deal, yet EU/UK pharmaceutical companies have warned that without an agreement, there will be delays of up to six weeks in obtaining vital medicines.

This could cause serious problems in the case of medicines with a short shelf life. However, no deal will not cause any disruption to supplies of the coronavirus vaccine in the UK, according to the UK's Medicines and Healthcare products Regulatory Agency, with plans afoot to airlift stocks if ports are hit by traffic backlogs.

The shortages could apply in both directions. About 45 million packs of medicines are shipped from Britain to the rest of the bloc every month, in trade worth nearly 12 billion pounds in 2016, according to a British parliament report. Experts say some disruption is inevitable if Britain leaves the EU without a deal – as it will be in many areas.