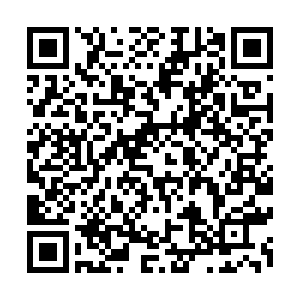 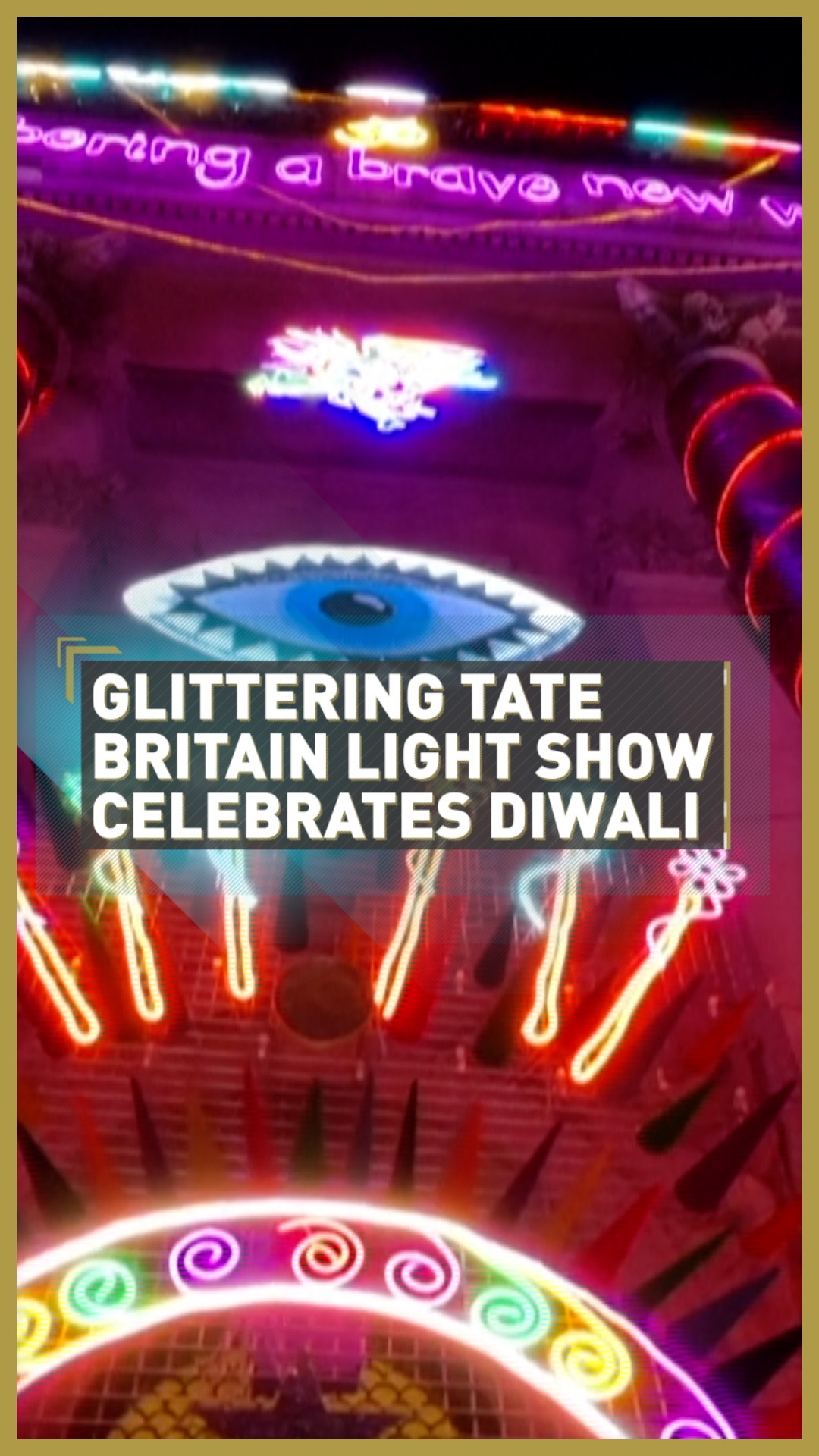 And as the UK's nights begin earlier and earlier, the museum's sparkling display is helping to give some much needed light and levity during one of London's darkest hours.

Diwali, one of the most important festivals for Hindus, Sikhs and Jains, is a five-day celebration observed around the world that symbolizes new beginnings and light over darkness.

And with night time currently falling in London at around 4:30 p.m. (local time), alongside the government forcing the closure of cafes, bars, and restaurants, Burman's take on the festival is a perfect antidote to the winter blues.

"Diwali's about light over darkness, good over evil," says the artist. "I wanted it to say something about light out of a tunnel because we've been in a tunnel of darkness."

Inspired in part by the artist's childhood, including her visits to the Blackpool illuminations in northern England and her family's ice cream van, Burman's transformation of the Tate Britain's facade includes symbols of her personal memories lit up in neon.

"When my dad came over from India, he was a tailor, couldn't get any work, so he got an ice cream van," said Burman, pointing to the centerpiece of the artwork, a glittering pink and green ice cream van.

She nods to a giant glittering tiger adorning the left of the imposing building, "My dad had a tiger on his ice-cream van so it was really important to put a tiger on." 'Remembering A Brave New World' at the Tate Britain in London is inspired in part by British artist Chila Kumari Burman's childhood, including her family's ice cream van. /William Edwards/AFPTV/AFP

'Remembering A Brave New World' at the Tate Britain in London is inspired in part by British artist Chila Kumari Burman's childhood, including her family's ice cream van. /William Edwards/AFPTV/AFP

Exploring her Punjabi and Liverpudlian heritage through her art, Burman allows various stereotypes to collide in the light show. In turn, she creates new identities that exist beyond the limitations often placed on South Asian women in British culture.

For example, on top of the Tate's statue of Britannia, a symbol of British imperialism, she has placed an effigy of Kali, the Hindu goddess of liberation and power. Typical of Burman's playful sense of humor, underneath the glittering figure are the words "I'm a mess," a feeling that she says many people currently sympathize with.

In another mischievous interrogation of Britain's imperial past - and what the Tate Britain's neoclassic architecture has historically represented - the artist includes a luminous representation of Lakshmibai, the Rani (queen) of Jhansi, a heroic female warrior in India's resistance against British colonial rule.

"I did want to make it like something where it perhaps wasn't as recognizable as it was before," says Burman. "I wanted people to literally go 'wow, is that the Tate?'."

Taking inspiration from the vibrant struggles and victories of the past, 'Remembering A Brave New World' offers some hope for a better and brighter future amid the uncertainty brought to the UK by the pandemic.

"Part of it I think is a little bit tongue in cheek," says Anne Dargusch, a London resident who came out to see the artwork. "We could say [it's] a little bit dark in and of itself, despite the fact that it is extremely light, bright artwork.

"But I think right now having something light and bright in the middle of London during arguably one of the darkest times in probably almost 100 years, I think is a nice touch."