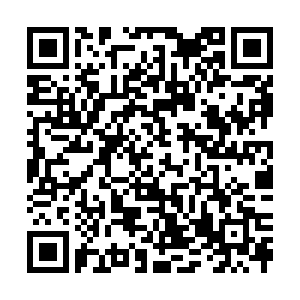 French opera singer Stephane Senechal has been subsisting on pasta and potatoes since the coronavirus pandemic forced opera houses to close and work dried up, but he has at least kept his creative juices flowing by performing – for free – from his Paris window.

When France entered its first lockdown in March, tenor Senechal joined other musicians, professional and amateur, who took to their balconies or windows across Europe to serenade their neighbors and lift their spirits.

With France now in its second lockdown, 44-year-old Senechal has started to sing at his window again, although this time he has scaled back from daily performances to singing on Monday and Friday evenings.

"When lockdown happened, culture came to a complete halt. It really felt like it was the end," Senechal said in his apartment, a 15-minute walk from the famous Sacre-Coeur basilica.

But he said he found a way to recreate a little haven of culture. "Here, at my window, it's stronger than the opera because I'm not playing a role, I'm myself," he said.

Senechal said he tailors the repertoire to fit the national mood. When his audience is in need of something stirring, he sings French national anthem, The Marseillaise. After the U.S. presidential election, he sang The Star-Spangled Banner.

Senechal is not receiving state assistance for performers during the pandemic because his income for the year is above the level to qualify. He is working on a few projects outside opera, including a short film.

For the most part though Senechal, who lives alone, gets by on the money he saved up in better times. "I try to save money by eating pasta, rice and potatoes," he said. "And I'm a very bad cook – it's a disaster."