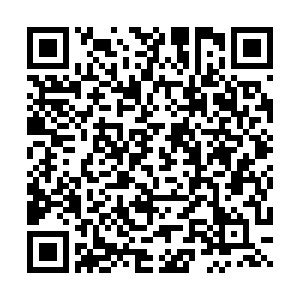 • Poland reported a record 58 daily COVID-19 deaths on Tuesday, the health ministry said. It also posted 2,236 new cases, close to Saturday's record of 2,367. It will now introduce new restrictions in the hardest-hit areas, including stricter enforcement of masks.

• Spain has become the first Western European nation to pass 800,000 total cases after registering 23,480 new infections over the weekend, health ministry data showed on Monday. Daily deaths are at their highest level since early May but well below the late-March record.

• Finland has reported its highest daily rise in cases since the start of the pandemic, which now exceeds the rate Helsinki sets for other countries before their citizens are allowed to visit without being quarantined.

• The UK has bought a million COVID-19 antibody tests that can indicate within 20 minutes, via a finger prick rather than a swab, whether someone has had the disease.

• European countries are facing shortages of COVID-19 drug remdesivir, officials said, with cases surging and the U.S. having bought up most of drugmaker Gilead's output. "Remdesivir has run out," said Dutch health ministry spokesman Martijn Janssen.

• A vaccine against COVID-19 may be ready by year-end, according to World Health Organization Director-General Tedros Adhanom Ghebreyesus. "There is hope that by the end of this year we may have a vaccine," he said.

• Moscow has taken measures to keep students and the elderly off the city's sprawling public transport network by rescinding their right to discounted travel. "Every day the situation with the coronavirus is becoming more difficult and dramatic," said mayor Sergei Sobyanin.

• Romania will close theaters, cinemas and indoor restaurants in Bucharest and several other cities from Wednesday, while travelers from 49 high-risk countries, including France, Spain and Britain, will need to self-isolate for two weeks upon arrival.

• Scotland is to impose a two-week mini-lockdown from Friday, reported The Sun newspaper, citing National Health Service sources. The "circuit breaker" stay-home order is said to start at 6 p.m. GMT on Friday.

• The lopinavir-ritonavir combination of antiviral drugs usually used to treat HIV has no beneficial effect in patients hospitalized with COVID-19, a peer-reviewed study in The Lancet medical journal said.

• The number of COVID-19 patients in French intensive care units has passed the 1,400 threshold for the first time since 28 May, health authorities reported.

• The pandemic has been a boon for cybercriminals, especially child pornographers and online scammers, the European police agency Europol said.

Belgium has turned to its sewage to get a better handle on how the coronavirus is circulating. Researchers have been collecting wastewater samples, which the national health institute said could detect spread days ahead of individual samples. This could help predict future flare-ups.

As the number of new COVID-19 cases continues to rise, hospitals are beginning to fill up. UZ Brussels University Hospital said its coronavirus ward is nearing full capacity and some patients are now being transferred to hospitals outside the capital region. Brussels is experiencing some of the worst spikes in new infections.

The new government restrictions come into force on Tuesday for Paris as the government tries to suppress a surge in new COVID-19 cases. Bars in the French capital are now closed for two weeks and working from home is highly recommended, sports centers are closed (with exemptions for schoolchildren) and university lecture halls must operate at 50 percent capacity.

The finance minister spoke to French media on Tuesday morning, saying he salutes the "responsibility of restaurateurs" in applying the new health protocols – such as taking customers' details to help with track-and-trace – that have allowed them to stay open. Bruno Le Maire says the government will remain "by their side" during the crisis. 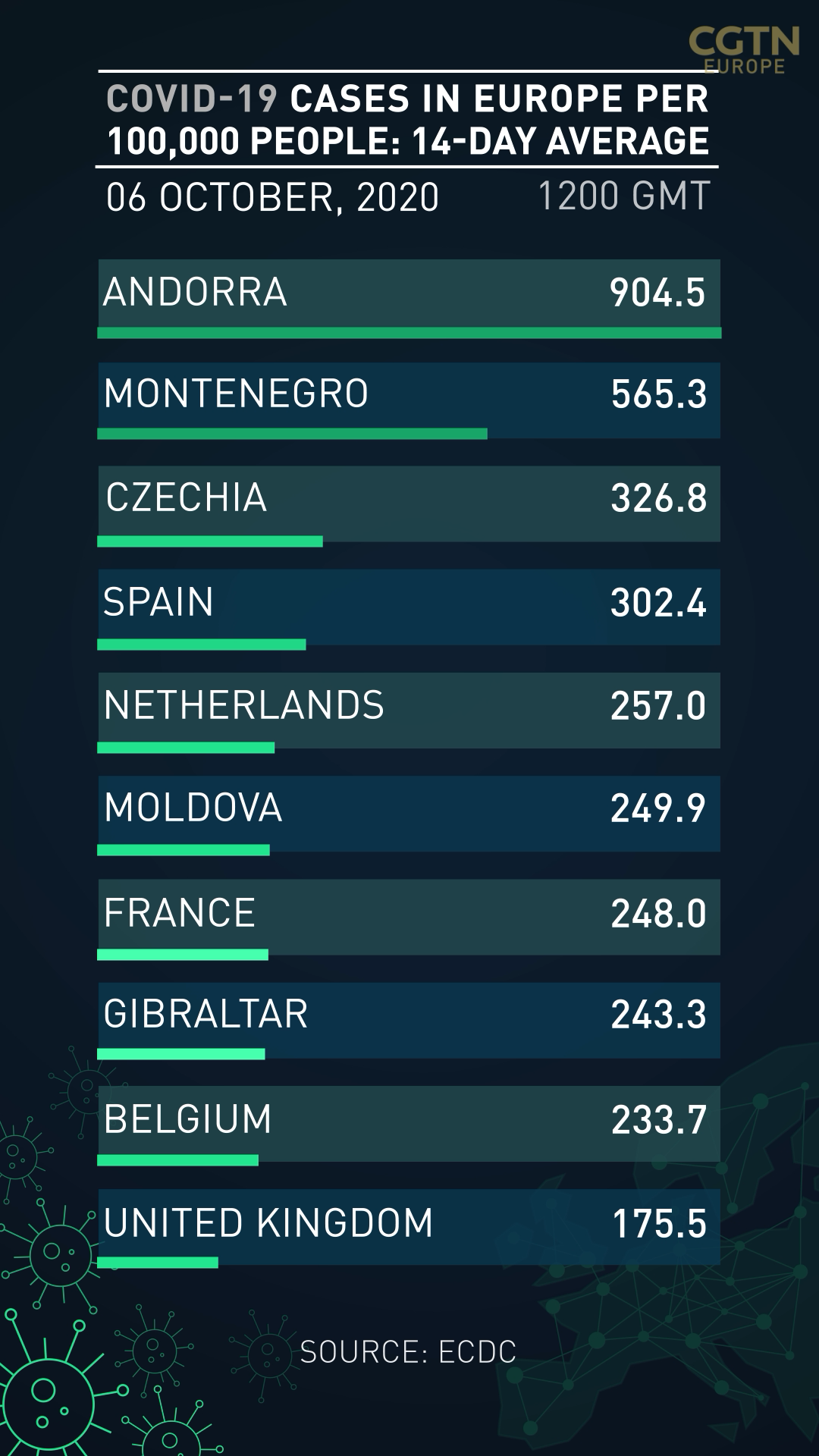 Only those with a medical certificate from a doctor can choose not to wear a mask where it is mandatory… or face the harshest of punishments
-  Adam Niedzielski, Poland's health minister

Surgeons are predicting a wave of canceled routine operations this winter as the NHS prioritizes the coronavirus. There are also concerns about increased NHS workloads on so-called "long COVID" and an upsurge in alcohol abuse.

Prime Minister Boris Johnson will make his keynote speech to the Conservative Party conference today online at 10:30 a.m. GMT. He's expected to talk about the pandemic but also a raft of economic measures to take the UK forward including a massive investment in wind energy.

British employers are reported to have planned 58,000 redundancies in August – a fourfold increase on last year but down from June and July this year.

Authorities are imposing stricter restriction measures in several districts of Berlin, as cases in the city are on the rise. In many regions of the capital the number of cases is higher than 50 per 100,000 habitants – the threshold the government set out last week for limiting gatherings.

However, Health Minister Jens Spahn said Berlin authorities should not be imposing restrictions at a district level, but should treat the region as whole.

Spahn has also been critical of Berliners' lack of "willingness" to follow the rules. "It isn't a problem of a lack of rules. It is a problem of the fact that rules aren't being enforced all over the place," he said.

Dutch secondary school pupils and teachers have been urgently advised to wear a face mask in school corridors and auditoriums. Pupils are allowed to take off the masks as soon as they are in the classroom.

Supermarkets are opening for two hours exclusively for the elderly and vulnerable people – most of them from 7 a.m. to 8 a.m., with an additional hour later on. 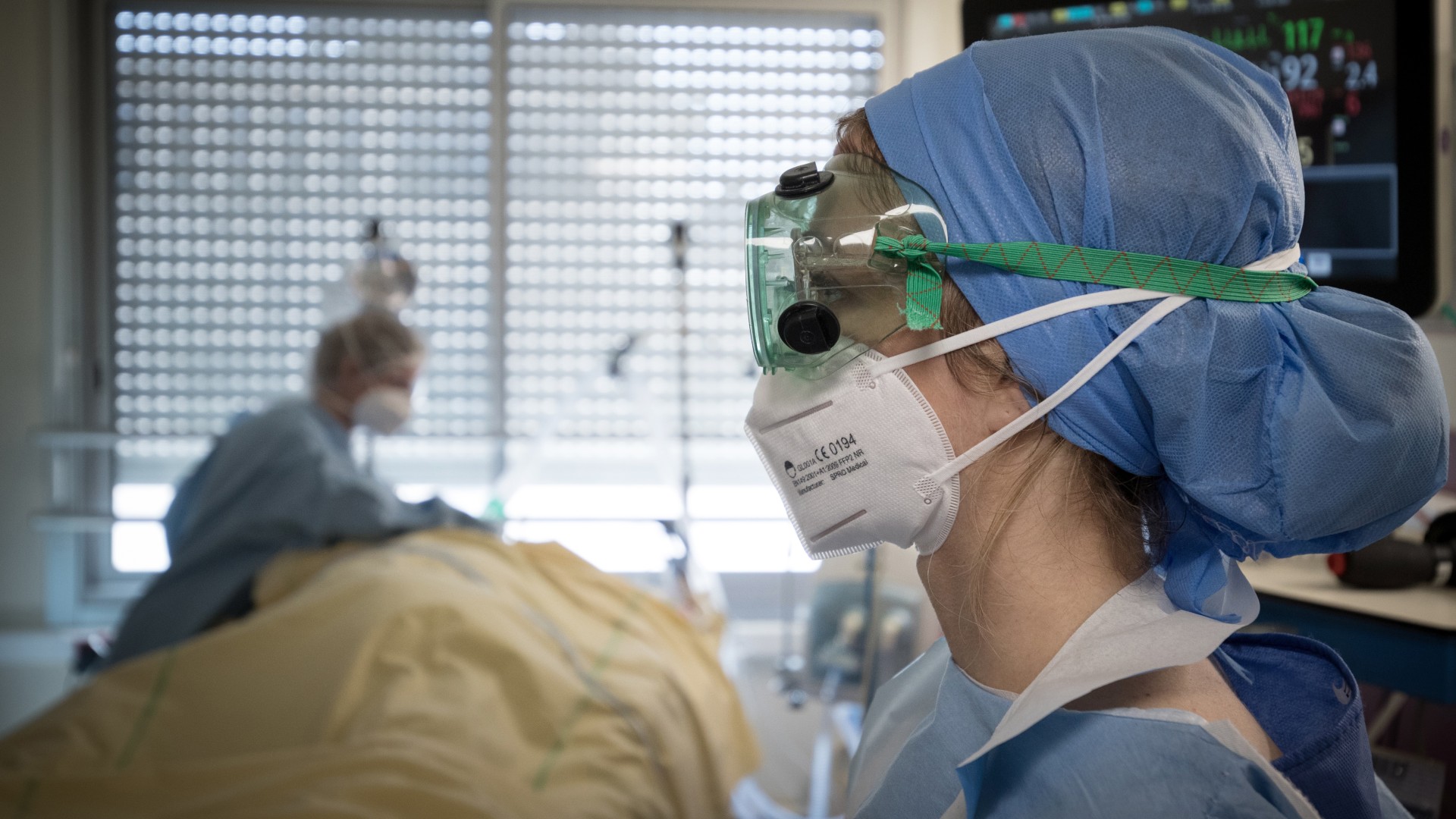 Medical workers tend to a COVID-19 patient in the ICU at Lariboisiere Hospital in Paris, France. /Joel Saget/AFP

Medical workers tend to a COVID-19 patient in the ICU at Lariboisiere Hospital in Paris, France. /Joel Saget/AFP

CGTN America: Outbreak at the White House: Who's tested positive?