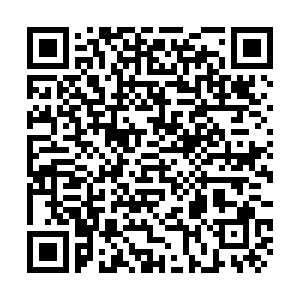 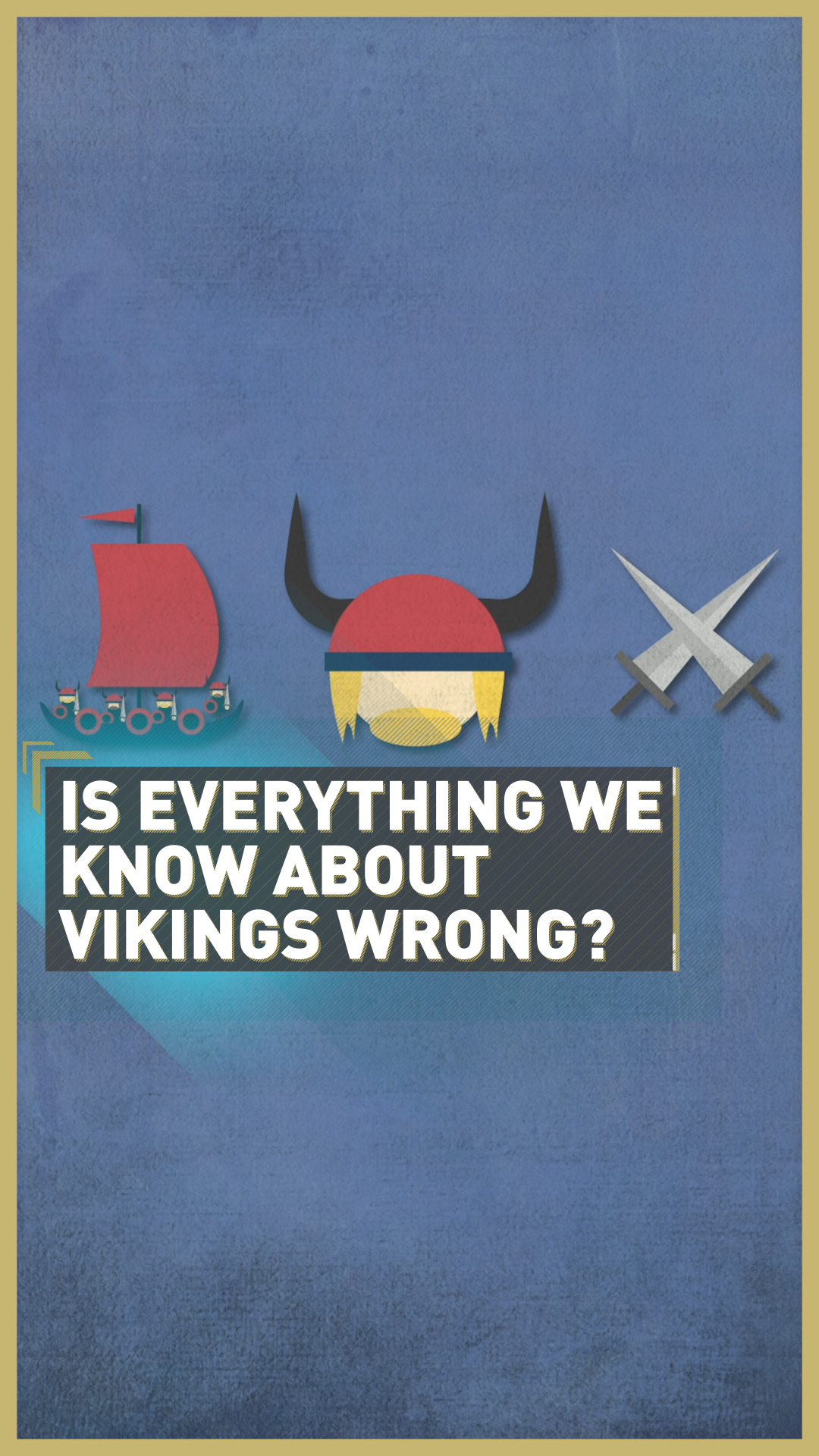 The Vikings are known in the history books and shown in movies as brutal invaders, pirates and blond-haired Scandinavians who traveled the seas pillaging and raiding their way across Europe and beyond. It's not surprising, as the word Viking itself comes from the Scandinavian term vikingr, meaning pirate.

But a lot of the genetic descriptions may just be myths, according to a six-year international research project published in the Nature journal.

DNA sequencing from the remains of 442 Viking skeletons scattered across Europe and Greenland helped scientists discover unknown facts about the genetics of Vikings, including their hair color and their ethnic origins.

"We didn't know genetically what they actually looked like until now. We found genetic differences between different Viking populations within Scandinavia, which shows Viking groups in the region were far more isolated than previously believed," said lead author, Eske Willerslev, a fellow of St John's College, Cambridge University and director of the University of Copenhagen's Lundbeck Foundation GeoGenetics Centre.

"Our research even debunks the modern image of Vikings with blond hair, as many had brown hair and were influenced by genetic influx from outside of Scandinavia," Willerslev added.

The study showed that dark hair was actually much more common among Vikings than it is among people from Denmark today.

This could be because, as the research also revealed not all Vikings were from Scandinavia – their genetic heritage is so diverse that it is not bound by nation or ethnicity, as previously thought.

• Could inhaling potential COVID-19 vaccines be more effective?
• Barbados seeks to replace Queen Elizabeth II as head of state
• 'We will be remembered in history for triggering polar ice melting' 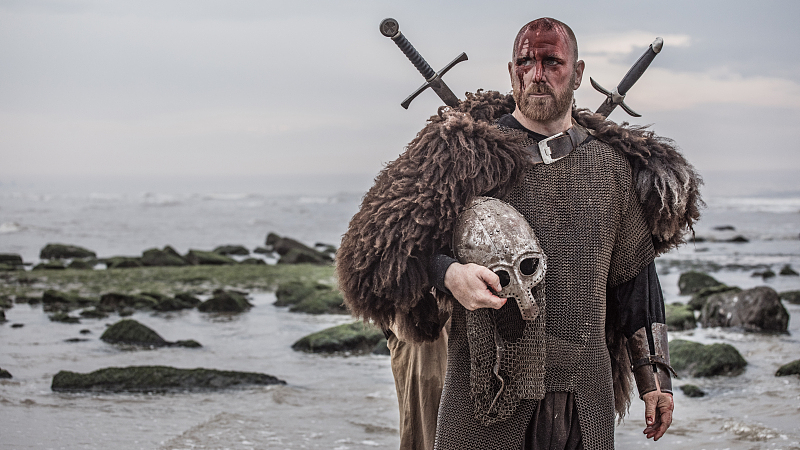 Researchers have shown that not all Vikings were from Scandinavia. /Lorado/Getty via VCG

Researchers have shown that not all Vikings were from Scandinavia. /Lorado/Getty via VCG

The researchers found that while some were born Vikings, others simply adopted the identity, or perhaps had it forced upon them.

One discovery that pointed to this was that two skeletons with Viking swords found at a famous burial site in Orkney, Scotland, were actually local people who could have taken on Viking identities and were buried as such.

"The Vikings have an image of being fierce raiders, and they certainly were. What was more surprising is how well they assimilated other peoples. Scottish and Irish people have integrated into Viking society well enough for individuals with no Scandinavian ancestry to receive a full Viking burial, in Norway and Britain," co-author, Daniel Lawson, from the University of Bristol, said.

In fact, even today, the genetic legacy of the Viking Age lives on beyond Scandinavia, with six percent of the UK population estimated to have Viking DNA in their genes compared with 10 percent in Sweden.

However, the mixed ancestry is also due to what the study found as the mixed genetic history of Scandinavia – which was influenced by foreign genes from Southern Europe and even as far out as Asia, before the rise of the Vikings.

The Viking Age generally refers to the period from 800 AD, a few years after the earliest recorded raid, through to the 1050s AD, a few years before the Norman Conquest of England in 1066.

The Vikings changed the political and genetic course of Europe and beyond: Cnut the Great became the King of England; Leif Erikson is believed to have been the first European to set foot on continental North America – 500 years before Christopher Columbus; and Olaf Trygvasson, the King of Norway from 995 AD to 1000 AD, was seen as an important factor in the conversion of the Norse to the Roman Catholic religion. 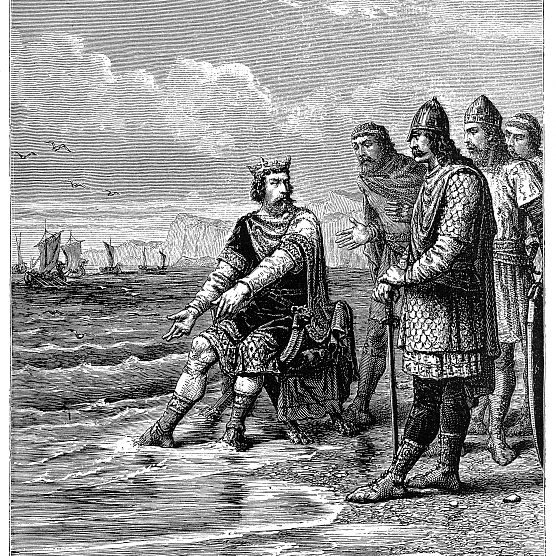 The Danish Cnut the Great became King of England in 1017. /Nastasic/Getty via VCG

The Danish Cnut the Great became King of England in 1017. /Nastasic/Getty via VCG

Many of the Vikings' expeditions involved raiding monasteries and villages along the coastal settlements of Europe, which gave them their brutal image. But the goal of trading goods such as fur, tusks and seal fat through continents was often the more pragmatic aim – taking them as far as Greenland and the American continent to the west, and the Caliphate in Baghdad and Constantinople in the east, and even to North Africa. Many Vikings settled in different parts of Europe and built families and farmed land.

The research confirmed previous views about where the three main groups of Vikings had traveled, coming from areas that roughly lined up with present-day Scandinavian countries on the map.

"Scandinavian diasporas established trade and settlement stretching from the American continent to the Asian steppe. They exported ideas, technologies, language, beliefs and practices and developed new socio-political structures," explained Søren Sindbæk, an archaeologist from Moesgaard Museum in Denmark, who collaborated on the paper.

Another finding the research revealed was that the famous Viking raids were a local affair. The team's analysis found that a Viking raiding party expedition included close family members, after discovering four brothers in one boat burial in Estonia who died the same day. The rest of the occupants of the boat were genetically similar, suggesting they likely all came from the same part of Sweden.

So, while the study confirmed some existing views about Vikings, and debunked other myths, what is certain is that there is a lot more to these warriors than previously thought. "The results change the perception of who a Viking actually was. The history books will need to be updated," Eske Willerslev said.

Interested in DNA? If you want to hear more on the human genome project, have a listen to this episode of CGTN Europe's Razor Podcast, where we take a deep dive into the project and exactly how much we know about our own DNA: https://www.buzzsprout.com/925195/3525064-episode-3-the-dna-episode