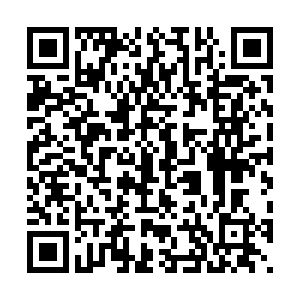 As the investigations continue into how and where COVID-19 first started, attention in Spain has shifted to the University of Barcelona, where a research group believes they may have found traces of the virus when testing untreated wastewater samples dating from as far back as March 2019.

The technique, which identified traces of the coronavirus in untreated wastewater samples from nine months before the disease was first discovered in China, could be crucial in the fight against the virus.

The World Health Organization has stated that, while there is no evidence that the virus can be transmitted through sewage systems, tests are able to detect the genetic residues of the disease in wastewater, as those who are infected are thought to shed traces of the virus in their feces.

The widespread and targeted testing of sewage water, carried out in this case by a research team from the University of Barcelona could allow authorities to identify when the virus is present in a population weeks before an outbreak materializes.

Joan Ramon Villalbi, from the Spanish Society for Public Health and Sanitary Administration, explains that the researchers "had a batch of frozen samples from last year and in one of them they found the results were compatible with some presence of the virus, so it's an isolated finding that needs further confirmation."

The testing of wastewater "could show the virus could be present in sewage water about two weeks before it shows in emergency rooms and hospitals, it's possibly a very valuable way of looking at the future," explains Villalbi.

The technique for testing sewage is being adopted by countries across Europe, with Spain and the Netherlands already having developed testing systems. On Thursday, the UK announced their own system as part of nationwide surveillance of infections.

Heading the British operation Andrew Singer, of the UK Centre for Ecology & Hydrology, explained that "wastewater could effectively become the 'canary in the coal mine' for COVID-19 and other emerging infectious diseases."

He added: "By sampling wastewater at different parts of the sewerage network, we can gradually narrow an outbreak down to smaller geographical areas, enabling public health officials to quickly target interventions in those areas at greatest risk of spreading the infection."

Though the discovery of the Barcelona sample could have significant consequences for those studying the origins of the virus, it is perhaps the technique used to identify the coronavirus trace that will have the larger impact in the future.