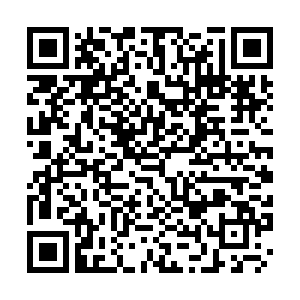 "We will have lost $7 trillion. That's the combined annual GDP of France and Germany."

That's the grim outlook from Laurence Boone, the chief economist at the OECD, after the organization released a report on the global economy and the final cost of the pandemic.

In Europe, this morning was the annual opportunity for the European Commission boss to set out how they'd like the next year to go. It was Ursula von der Leyen's first State of the Union address and she pulled no punches on climate goals, coronavirus recovery and relations with China and Russia.

And a year on from the collapse of UK travel brand Thomas Cook, the firm has been resurrected by Chinese buyer Fosun (which also owns Premier League football club Wolverhampton Wanderers) as an online travel agent.

Meanwhile, a damning report from the U.S. Congress has laid the blame of two deadly air crashes at the feet of manufacturer Boeing. It said the corporate culture of the plane maker was to blame for the malfunctions, which killed more than 300 people.

But we have a cheerier video for you to watch once you've read today's email… Sure, most people have heard of a drive-in cinema – but what about a sail-in? One firm has turned London's central Regent's Canal into a floating cinema. Lots of tickets remaining for Titanic, I'd imagine…

Travel agency company Thomas Cook relaunched as an online-only holiday brand, backed by its new Chinese owner Fosun Tourism Group a year after the high-profile collapse of the British company left thousands of holidaymakers stranded and employees out of work. "We and our Fosun backers are taking the long view and we want to offer choice, customization, and 24/7 on-holiday customer care," CEO Alex French said.

Today was Ursula von der Leyen's first State of the Union speech, and as the European Commission president laid out her priorities for the EU executive for the next year, it became clear that climate change, the digital economy, and a European Health Union were high on the agenda.

In the U.S., a report by lawmakers has blamed Boeing and its corporate culture for two crashes that killed 346 people and led to the grounding of the 737 MAX aircraft. The House Committee on Transportation and Infrastructure concluded that profit was seen as more important than safety and employees were put under "undue pressure."

At the other end of the aviation sector, the CEO of British Airways has told UK lawmakers the flag carrier is "still fighting for our own survival." Alex Cruz made the comments as he told a committee that a "fire and rehire" policy would not be followed, after criticism of offers that allegedly cut staff pay by half.

After the UK's Competition and Marketing Authority said it had received numerous complaints from customers forced to wait "weeks" for refunds from Tui after holidays were cancelled. The firm has said it will clear its "backlog"of refunds by the end of this month.

The Organisation for Economic Co-operation and Development (OECD) published its latest outlook, saying the COVID-19 recession may not be as deep as first feared. But it's not quite time to relax, the body warned recovery will be at a slow pace, plus the looming second wave of the virus could set things back further, potentially halving global growth next year.

Japanese group Hitachi has pulled the plug on a nuclear power project in the UK, saying COVID-19 was to blame, despite an earlier failure to strike a deal with the UK government which saw construction paused in January. The Wylfa B project in North Wales is on the same site as a nuclear generator that shut in 2015 after nearly 50 years of production.

TikTok looks set to avoid U.S. President Donald Trump's ban by becoming a standalone US company through a tie-up with Silicon Valley firm Oracle. Larry Ellison's software company will a take a minority stake of the social media firm, owned by Chinese company ByteDance, which will remain lead shareholder of the new U.S.-based company.

Two weeks ago, we showed the impact of the UK government's "Eat Out to Help Out" scheme, but new figures show it had a perhaps unintended impact on UK inflation, which remains below the Bank of England's target rate of two percent. Inflation including food and alcohol sits at 0.2 percent after August.

U.S. processed food producer Kraft-Heinz, which is partly backed by Warren Buffett's investment group Berkshire Hathaway, has agreed to sell three of its cheese businesses to the world's largest cheese manufacturer. France-based Lactalis will pay $3.2 billion in cash for the businesses and production facilities in California, New York and Wisconsin.

Football's English Premier League has told the UK media it has secured a "Super Block" order from the high court to stop illegal streaming, which is seen as a significant threat to its deals with Sky, Amazon and BT Sport, which are worth at least $5 billion.

Despite a slow recovery in sales figures at Zara clothing stores, Spanish parent company Inditex said it has returned to profitability, even after losing $484 million in the first quarter.

Web sales and services giant Amazon has revealed its UK arm Amazon UK Services paid a total of $8 million in tax in 2019, despite making $17.5 billion. The company said taxes were paid on profits, not revenues – but did not publish its 2019 profits.

Singaporeans aged over 18 are set to receive a $100 of vouchers to spend on tours and attractions. Children will also be given subsidies as the government looks to boost domestic tourism, which has been badly affected by the pandemic. The vouchers will be issued in December and must be used in the first part of 2021.

Japanese gaming firm Nintendo has recorded a surge in sign-ups for its online subscription service Switch Online. Membership allows users to play against their friends and access classic games that are not longer produced. In September, Switch Online had 26 million users compared with 15 million in January.

WATCH: On London's Regent's Canal, groups of up to six people can watch a film by sitting in a boat and wearing noise-cancelling headphones. 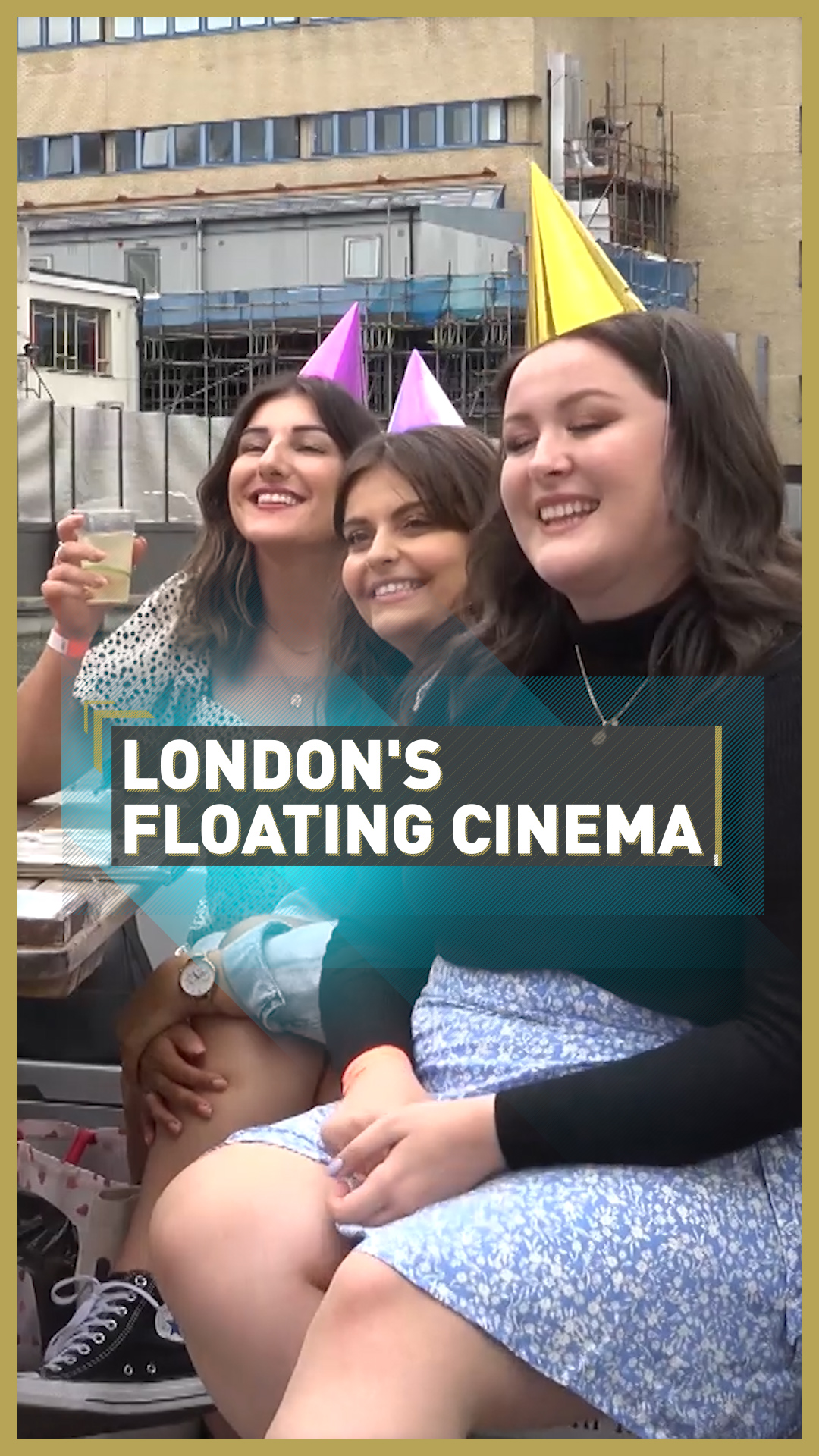 William Webb is the CEO of Webb Search consultancy and one of the world's leading wireless communications experts. He has published 17 books, more than 100 papers and 18 patents on the subject. CGTN Europe spoke to Webb on the future of Chinese telecoms firm Huawei.

What is the future for Huawei if it can't buy the latest chips for its smart devices?

The smartphone fundamentally requires chips and it requires top-end chips. Otherwise, you're setting a very uncompetitive smartphone compared with others. So it seems very difficult for me to understand how that smartphone business could survive in the face of a lack of supply.

Who would you say are the main challengers to Huawei's crown, at home and abroad?

The've got two key competitors – Nokia and Ericsson – and they're well placed to pick up, at least in the short term, substantial amounts of the infrastructure business.

On the handset side, the two big handset suppliers, of course, are Apple and Samsung. But there are also a number of other suppliers that are emerging in Asia and other places. 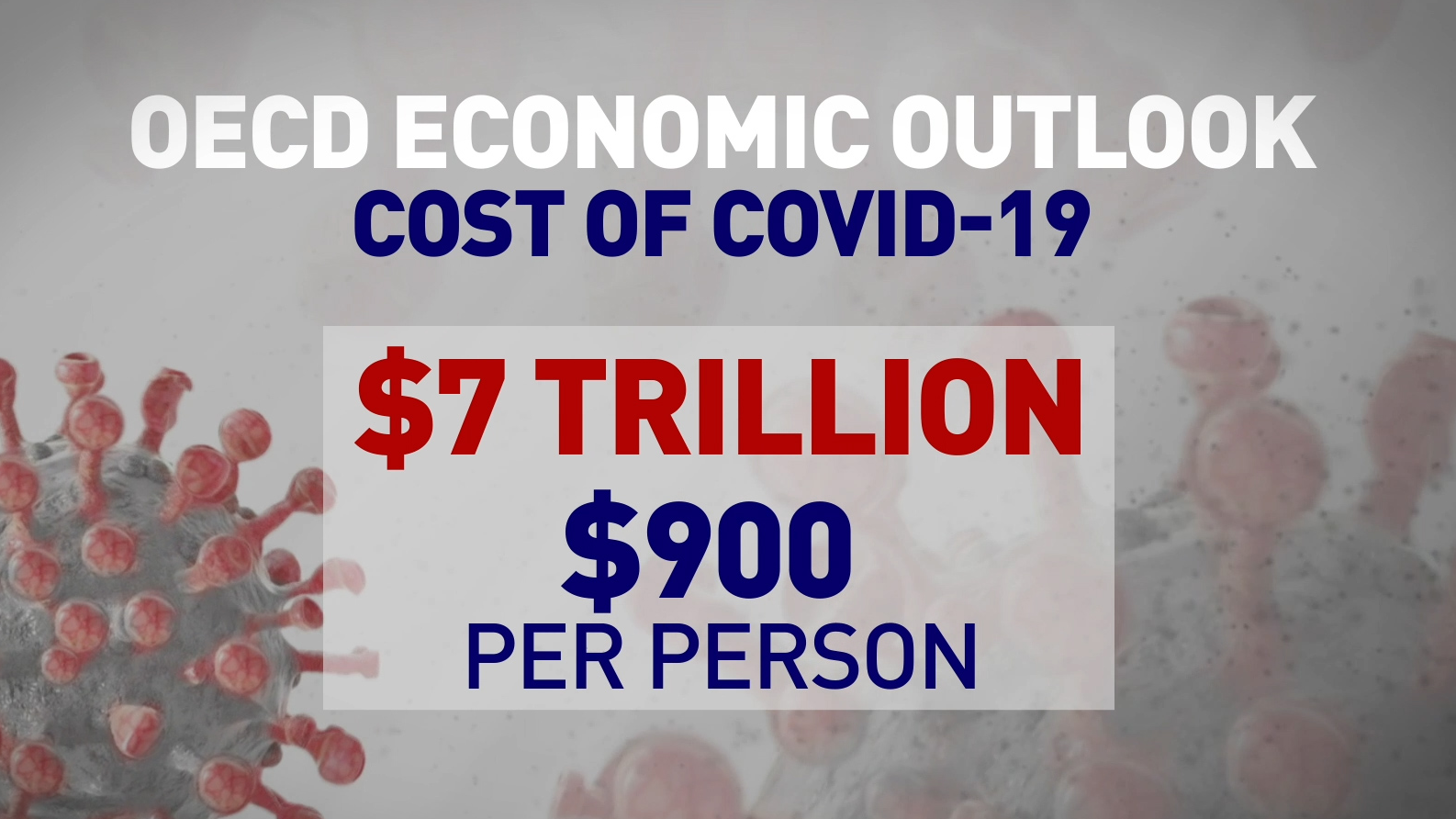