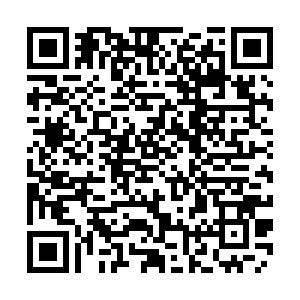 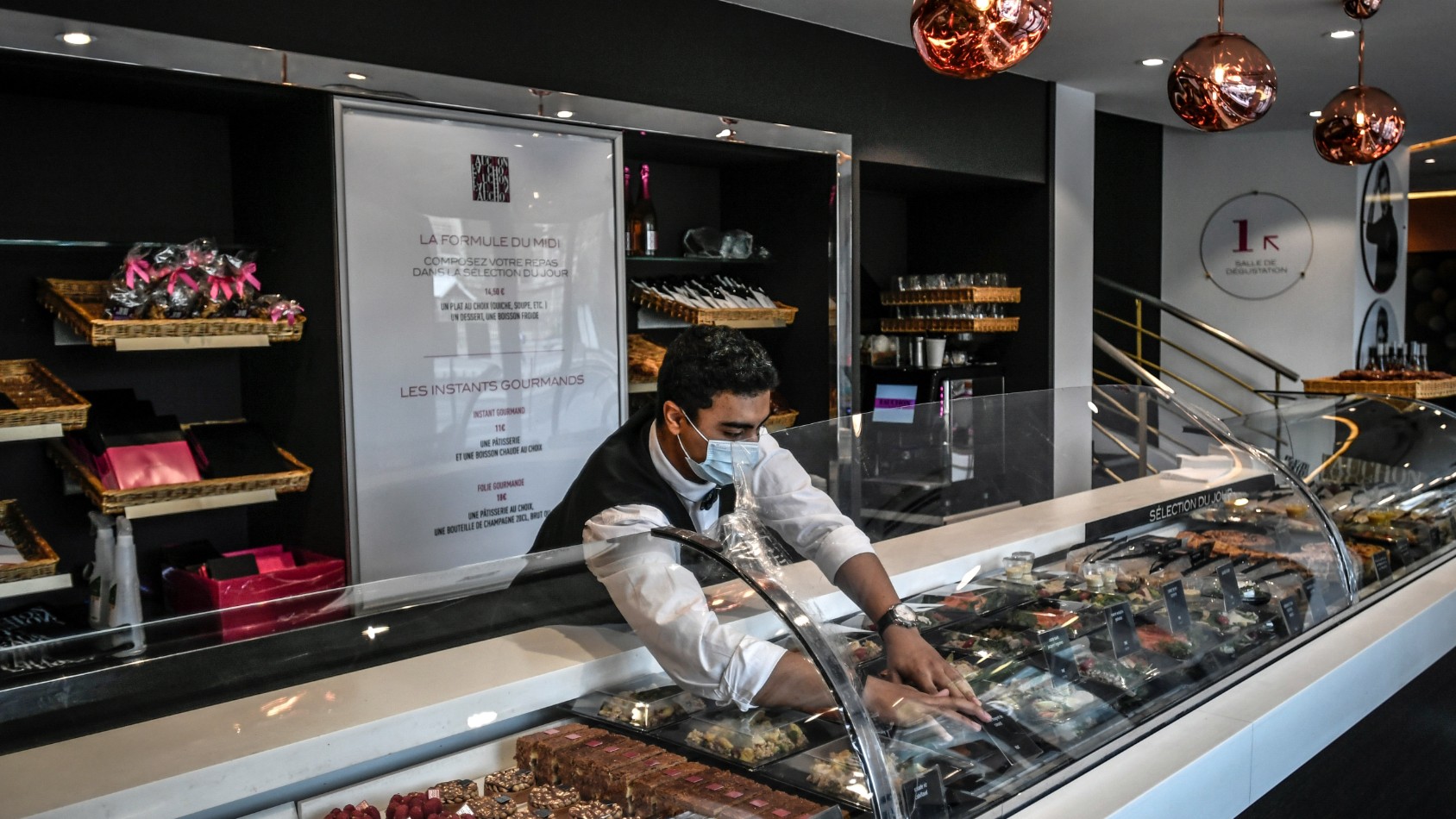 Fauchon, the luxury delicatessen, went into receivership in July and goes before a commercial court on Wednesday afternoon. /Stephane de Sakutin/AFP

Fauchon, the luxury delicatessen, went into receivership in July and goes before a commercial court on Wednesday afternoon. /Stephane de Sakutin/AFP

For 134 years Fauchon, the iconic French patisserie and delicatessen, has maintained a presence on the Place de la Madeleine in Paris's eighth arrondissement. Beginning life as a grocery pushcart in 1886, it served its luxury eclairs, foie gras, truffles and fine wines to discerning tourists and locals alike and survived two World Wars, countless demonstrations and strikes and the occasional riot.

It could not, however, survive COVID-19.

On Wednesday afternoon, the Bobigny commercial court will rule on a proposed rescue package for the closure of Fauchon's three Paris shops, including its flagship store that has stood on the Place de la Madeleine for more than a century, plus the company's laboratory headquarters on the same square. Job losses seem inevitable.

"It is a catastrophe, because Fauchon is an institution in Paris and I think Paris is now another city, not sad but empty without all the tourists," one German tourist told Reuters.

The luxury patisserie chain, which has debts of $2.7 million and only $712,000 in the bank, went into receivership in July after reporting an 89 percent loss in turnover ($2.3 million) in the last financial year. It is negotiating redundancy packages with trade unions.

When the potent triple threat of a nearby terror attack, persistent protests and a global pandemic account for one of the biggest and most famous names in French cuisine, you know things are bad. The coronavirus has claimed another high-profile business victim. 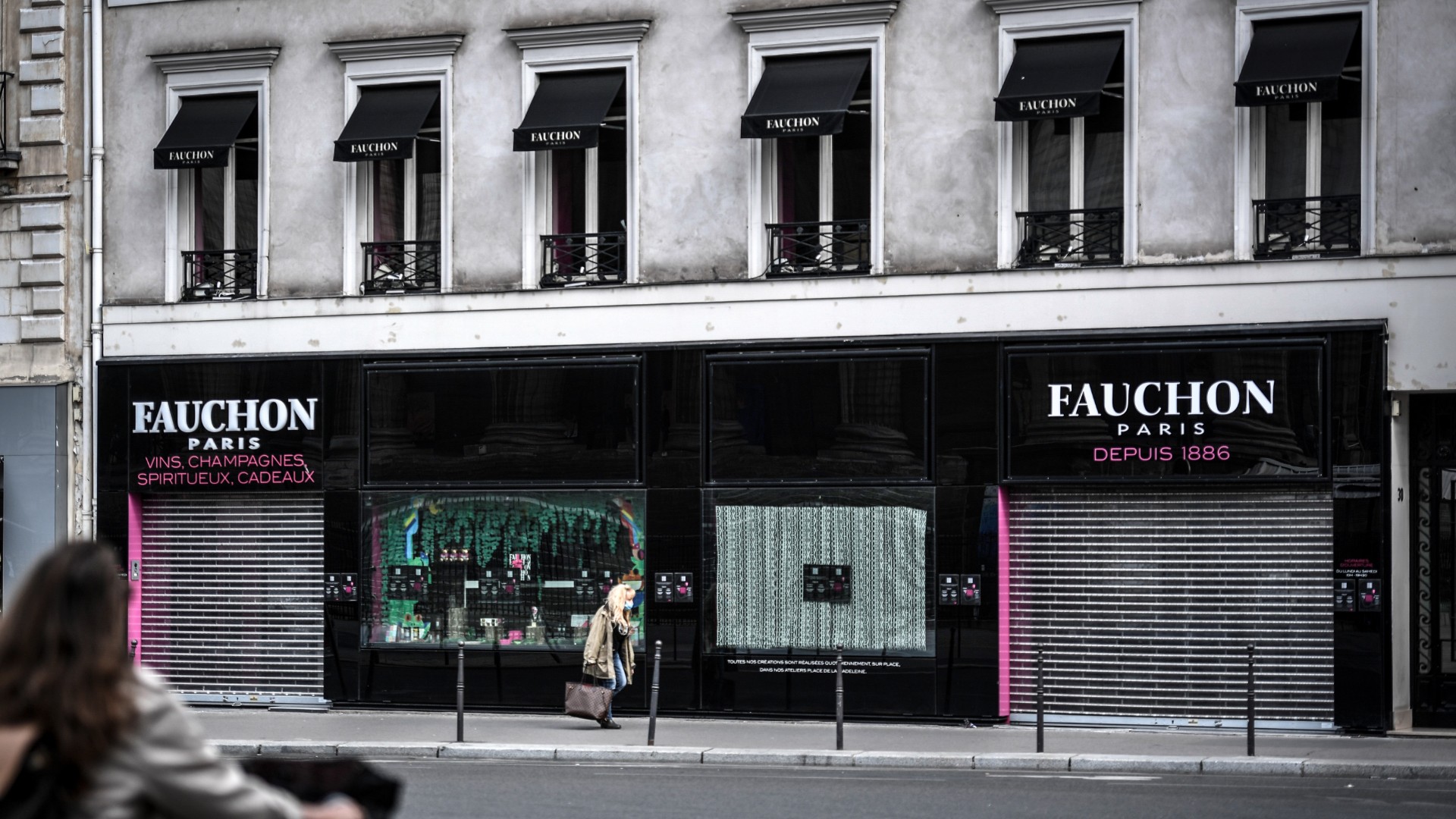 Footfall had been low for some time, but the coronavirus pandemic has devastated visitor numbers. /Stephane de Sakutin/AFP

Footfall had been low for some time, but the coronavirus pandemic has devastated visitor numbers. /Stephane de Sakutin/AFP

How did this happen?

Fauchon was already struggling to make ends meet before the coronavirus put the final nail in its coffin. Tourist numbers have diminished significantly since the 2015 Paris terrorist attacks, while increasing strike action and regular Gilets Jaunes (Yellow Vests) protests, which often start and end at the Place de la Madeleine, have regularly forced the company's stores to shut.

"All demonstrations in Paris seem to start or finish at La Madeleine, and each time we need to close shop. Then there were the strikes around Christmas, our peak period, then came COVID-19, which was the final blow," Justine Klar, a Fauchon executive, said.

"For several months, even several years, we've seen the number of foreign clients reduce because of several events such as the attacks which happened, different protests, pension protests and then COVID-19."

It is a luxury brand and we end up with a plan to safeguard employment that isn't good enough
-  Irene Cheradame, a Fauchon employee for 22 years

Given that tourists account for about 70 percent of trade, an annual rent of $3.5 million for the three Madeleine stores meant the business couldn't survive in its current form.

"Rent represents nearly 45 percent of our operational costs for those shops," said Klar. "We are in the eighth arrondissement of Paris and we have nearly 2,000 square meters of selling area, so it is a huge investment when you compare it to our current turnover. It has become too high a burden for our company." 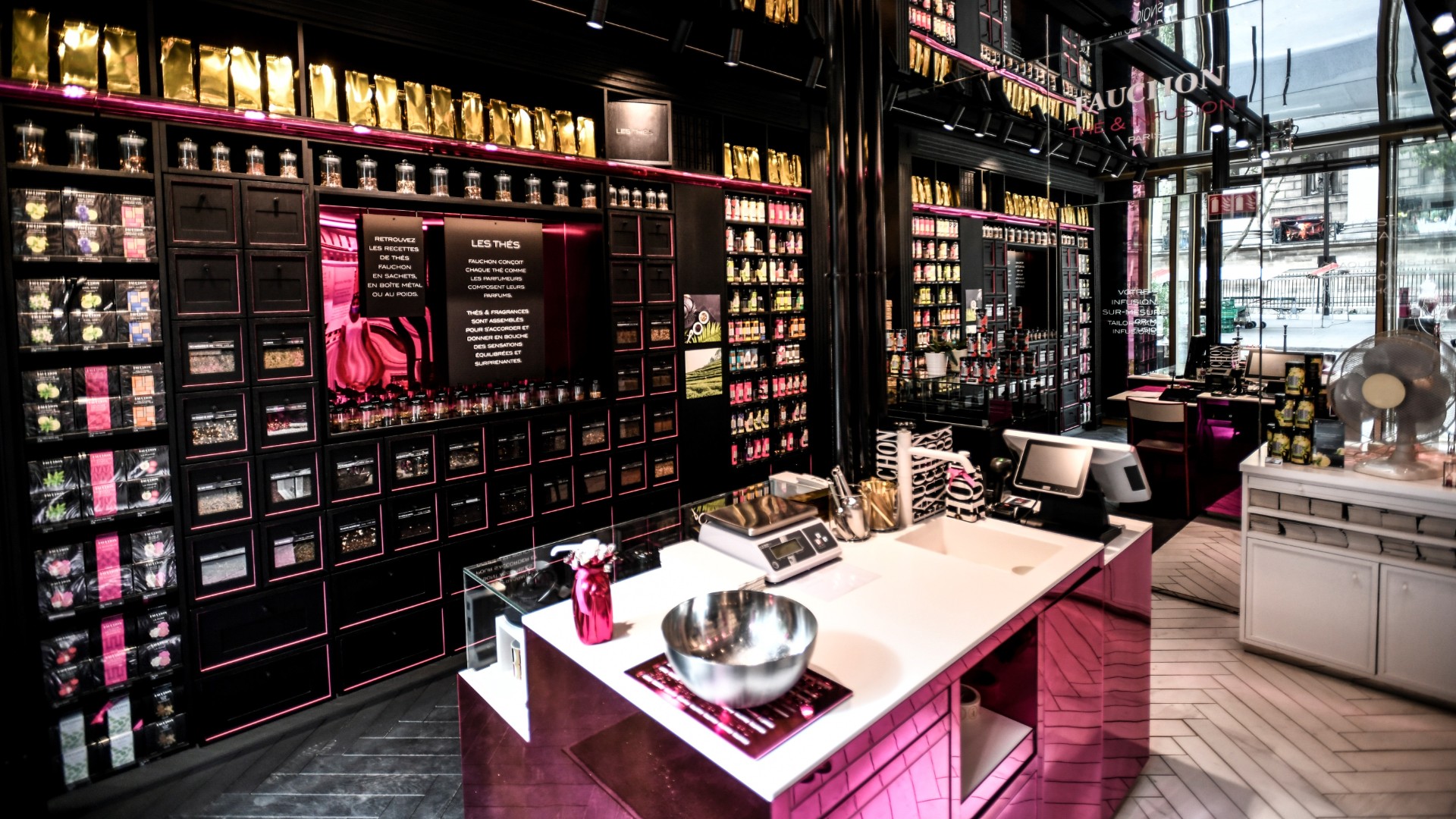 Fauchon's fate in central Paris will be decided on Wednesday afternoon in a court hearing. /Stephane de Sakutin/AFP

Fauchon's fate in central Paris will be decided on Wednesday afternoon in a court hearing. /Stephane de Sakutin/AFP

What should we expect from tomorrow's ruling?

The court decision is expected late afternoon at about 17.00 GMT, with Fauchon's three shops in Paris almost certain to close. Seventy-seven of the company's 107 Madeleine employees are currently going through consultation and are on partial unemployment, with many expected to lose their jobs. Many haven't worked since the pandemic hit.

"It is frustrating [the lack of activity] because we come to work, we are managing people, we want them to be at the top and now, unfortunately, people are under an unemployment scheme, where our collaborators are waiting for a restart but we don't know when it will happen," said Sebastien Monceaux, a Fauchon chef.

Irene Cheradame, a union representative who has worked for the outlet for 22 years, told AFP the deal on the table is a long way from satisfactory.

"It is a luxury brand and we end up with a plan to safeguard employment that isn't good enough," she said. 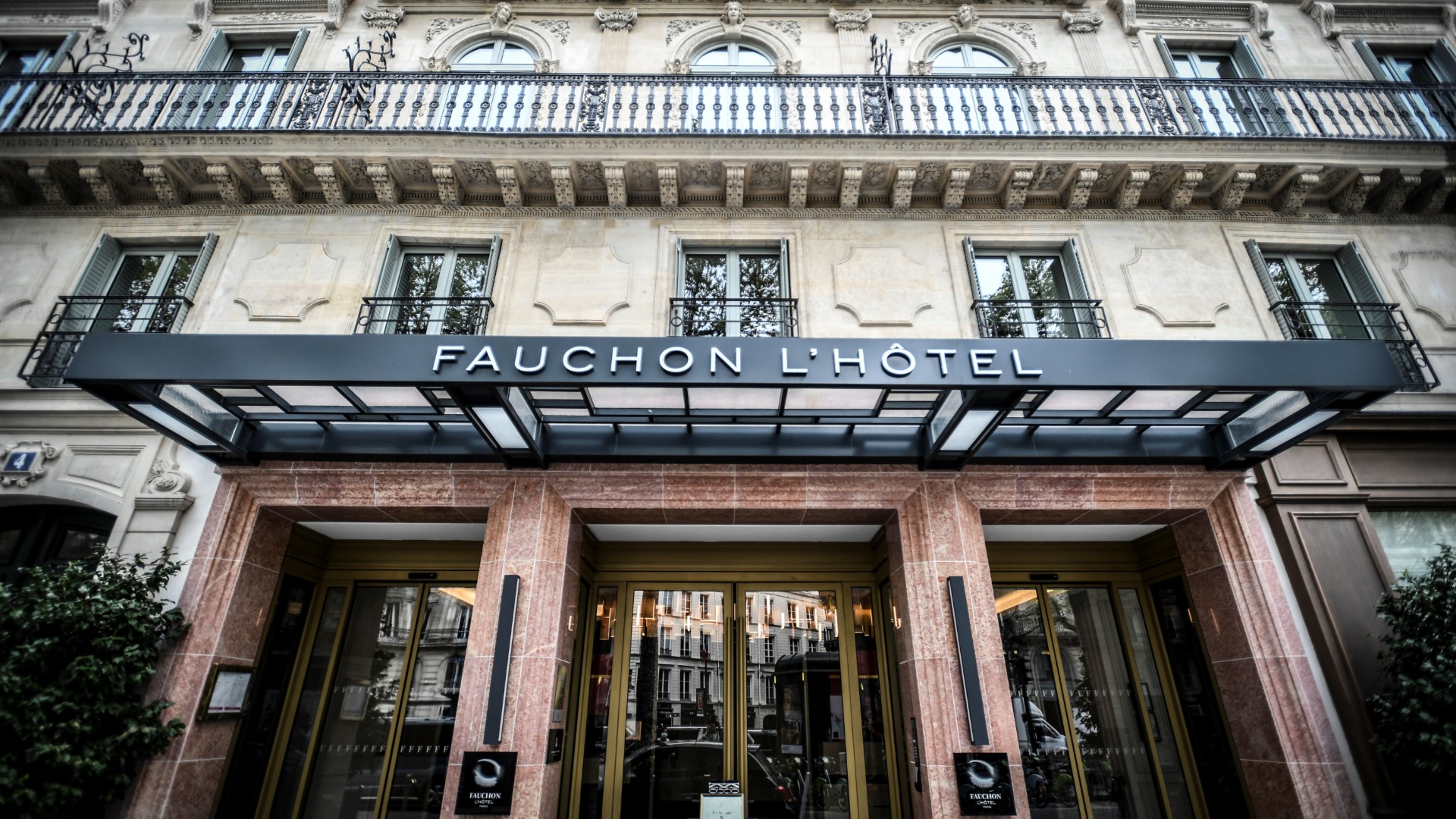 What is the future for Fauchon's other interests worldwide?

Fauchon hopes to move to cheaper premises in Paris, away from the demonstrations circuit and to focus more on a Parisian clientele, than on tourists.

"We will not refrain from opening other stores in Paris," said Samy Vischel – the son-in-law of Michel Ducros, the sole shareholder – who has worked for Fauchon for 12 years. "They will be smaller, but with an economic model that will work better."

The company also wants to boost its network of 73 global franchises, which are not impacted by the receivership. It has 33 stores in Japan, six in South Korea and two in Singapore, as well as shops across the Middle East and Europe.

The luxury Fauchon hotel, also on the Place de la Madeleine along with a tea shop, will remain and continues to perform well.

"La Madeleine was the cradle for Fauchon, so it is very important for us to maintain a presence here," said Fauchon executive Klar.

Whether that will be enough for the millions of potential visitors, and hundreds of workers fighting for their jobs, is another matter entirely.