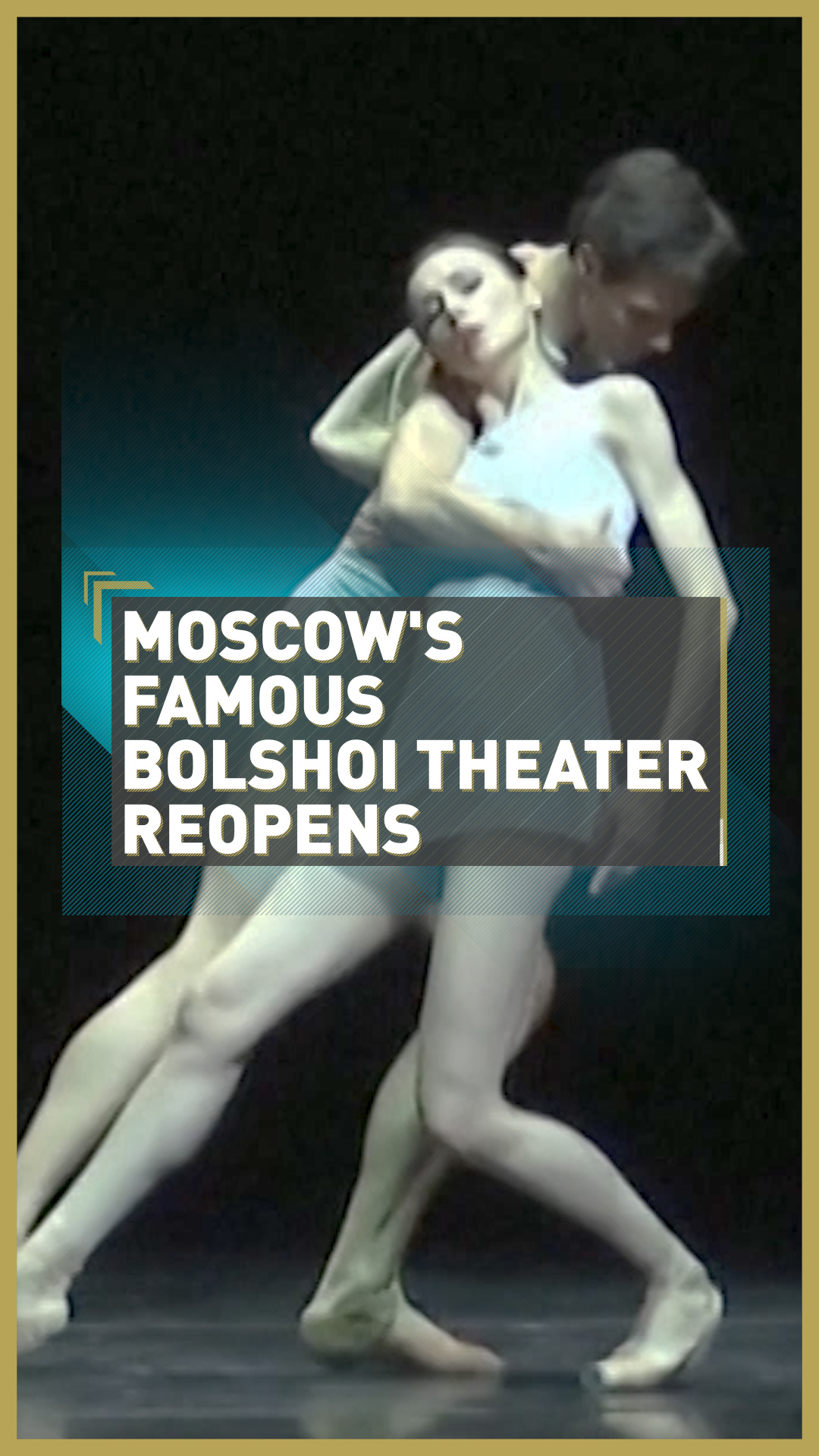 The iconic Bolshoi theatre is re-opening its doors for the first time since the COVID-19 pandemic forced it to shut down in March.

The closure has cost the Russian venue more than $13 million, while thousands of other theater's across Europe have required financial help from governments to stay afloat.

But instead of putting COVID-19 behind them, the Bolshoi is placing it centre stage, with the ballet season kicking off with a performance inspired by the lockdown.

French choreographer, Martin Chaix, said: "It's not so much about keeping in shape physically, but about coping on a mental level, keeping in good spirits.

"I was thinking of the troubles (during quarantine), how hard it was not only for the performers, but for everyone to get into the swing of the new way of work and stay on the same level as the others."

The dancers have had a lot of catching up to do. They have spent the last six months locked out of the theatre, unable to rehearse together and dancing alone in kitchens and living rooms.

For many of them, returning to the stage was an emotional experience. Russian performer, Ekaterina Krysanova, said: "For us of course it is a sacred place. We serve the art, and the place of the artist is on the stage. A performer needs to be on stage. So, we missed this place a lot. The first steps you take give you goosebumps."

The show, which is called 'Four Characters in Search of a Plot' has limited scenery and a small number of people on stage. The audience will also be half its usual size and they will all have to wear masks.

The three-night performance will be closely watched, not just by the Moscow audience, but by theatres around the world as similar venues look ahead to their own reopenings.

But with a second wave of coronavirus threatening Europe, nothing is certain. For now, though, the Bolshoi dancers are working hard and adapting to a new normal that's keeping them on their toes.

-The future of eco-friendly flying? Futuristic Flying V takes off