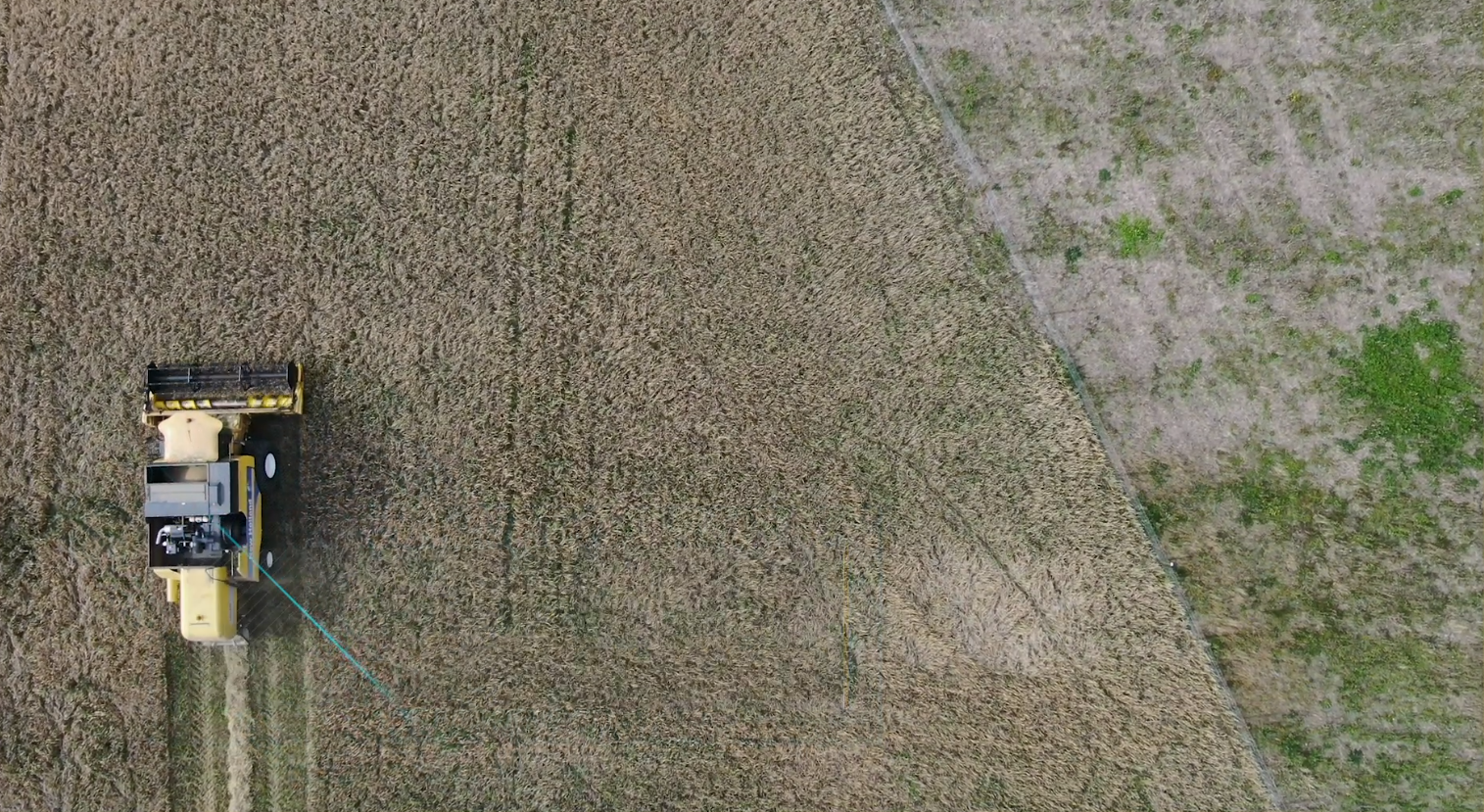 A combine harvester paints broad lines through a field of barley as it gathers the last of the crop. Here in Buckinghamshire, as in many parts of the UK, the harvest is finishing up much later than usual.

Heavy rain in August, the height of the summer harvest, left many fields damp and damaged. Farmer Daniel Hares from Buckmoorend Farm shows CGTN Europe how recent downpours have broken stems of barley, leaving countless heads of grain wasted on the ground. It is just one of a series of setbacks over the last 12 months.

"It started with a horrendously wet autumn in 2019," Hares said. "We didn't get the wheat crop established. We didn't get many winter crops established. So that's just had a knock-on effect throughout the growing season.

"Spring was exceptionally dry, and now we're in summer, the crops should be ripening, they should be ready for harvest, but we're getting daily rainfall, which is seriously hampering the efforts and it's having an effect on the quality of the plants that are there." 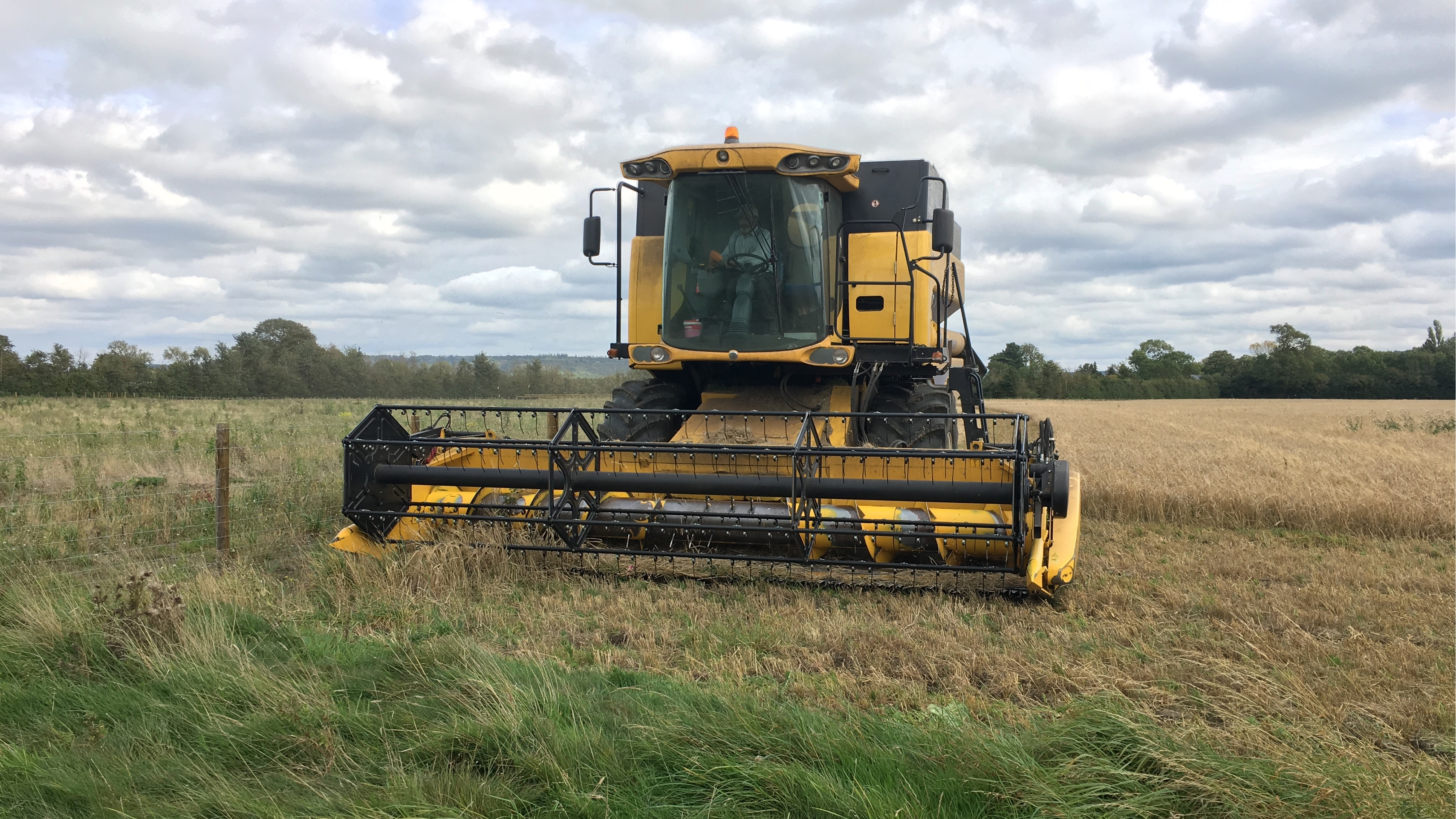 The harvest in the UK is finishing much later than usual because of damaged crop fields. /Kitty Logan/CGTN Europe

The harvest in the UK is finishing much later than usual because of damaged crop fields. /Kitty Logan/CGTN Europe

The wheat crop has been particularly poor in 2020. The National Farmers Union (NFU) says it is still assessing just how bad it will turn out to be, but the predictions are dire. "This combined weather pattern has resulted in the UK's lowest wheat crop area in 40 years this summer and we expect yields to strike a similar multi-decade low," said NFU vice-president Tom Bradshaw.

And with wheat in short supply, prices are already increasing – although for a variety of reasons. "The price of wheat has gone up effectively within the UK because there's a shortage of wheat, because of the very low-yielding harvest,' said Laurence Matthews, who runs the 3,000-acre Manor Farm in Surrey, producing a variety of crops, including wheat.

"The weak currency has pushed the price up as well and Brexit. The market doesn't know where it is, whether it's got to export or not. So, there's so much uncertainty, it's pushing the price of wheat up."

Those higher wheat prices are already pushing up the price of flour. Steve Brown of the independent family-run bakery Brownbread, which sells bread online and at local markets, said the flour he buys already costs more and he expects prices to rise further over the coming year. Those increased costs, although marginal in each individual loaf of bread, may eventually be passed on the consumer. Stems of barley were left broken after summer rainfall in the UK. /Kitty Logan/CGTN Europe

Stems of barley were left broken after summer rainfall in the UK. /Kitty Logan/CGTN Europe

Scientists say there are concerns about the impact of an increasingly unpredictable climate on agriculture. "I think we're right to be worried about the future food production in this country," said Hannah Cloke, professor of hydrology at Reading University. "It is controlled by these weather patterns and we have seen some very unusual patterns in the last year and also, looking back, the last few years.

"I think it's fair to say that we will need to adapt to changing weather conditions, due to climate change - but also other environmental pressures as our population increases: as there's pressure on our water resources, for example. I think we do need to adapt probably more quickly than we are doing already, otherwise we are in danger of running out of food."

The UK is unlikely to run short of wheat in the near future - it also imports from countries such as the U.S. and Germany. British farmers say they are hoping for a better wheat crop next year, but given the unpredictable weather there are no guarantees.