Study suggests 15% of cats may have COVID-19
Osman Baig 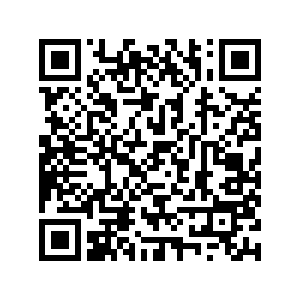 More cats may be infected with COVID-19 than first thought, according to new research from Wuhan, China.

Experts at Huazhong Agricultural University took blood samples from more than 100 cats between January and March and found COVID-19 antibodies in around 15 percent.

That rate of infection would be higher than the total population of Londoners believed to be infected, which is estimated to be 13 percent. Most of the felines involved in the study had neutralizing antibodies – proteins that bind so successfully to a virus they block infection. The three cats with the highest levels of antibodies were all owned by patients who had tested positive, although others had been abandoned or were in shelters.

None of the cats tested positive for COVID-19 and they did not display obvious symptoms. They are all still believed to be alive.

The research suggests the rate among felines could be higher than that among Londoners. /Haris Subz

The research suggests the rate among felines could be higher than that among Londoners. /Haris Subz

While it is an intriguing development for scientists, lead author Meilin Jin insists there is still no evidence for cat-to-human transmission. However, he says precautions should be taken, particularly for the welfare of the animal.

"Although the infection in stray cats could not be fully understood, it is reasonable to speculate that these infections are probably due to the contact with SARS-CoV-2 polluted environments, or COVID-19 patients who fed the cats. Therefore, measures should be considered to maintain a suitable distance between COVID-19 patients and companion animals such as cats and dogs and hygiene and quarantine measures should also be established for those high-risk animals." The research gives advice on how to act if concerned about your own pet. /Osman Baig/CGTN

The research gives advice on how to act if concerned about your own pet. /Osman Baig/CGTN

A cat in the UK recently made headlines as the first confirmed COVID-19 case in a pet feline. The British government's Department for Environment, Food & Rural Affairs and the Animal and Plant Health Agency again said no risk to humans could be scientifically shown.

However, research is not fully conclusive.

Italy recently conducted the largest study to date to investigate COVID-19 in companion animals. It found that pets were unlikely to be a major route of viral spread, but when animals were present at high density – such as on mink-breeding farms – the virus could spread from animals to humans more readily.