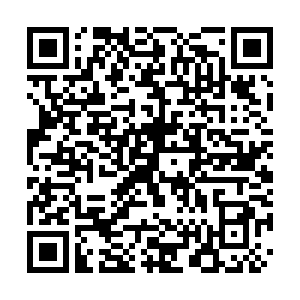 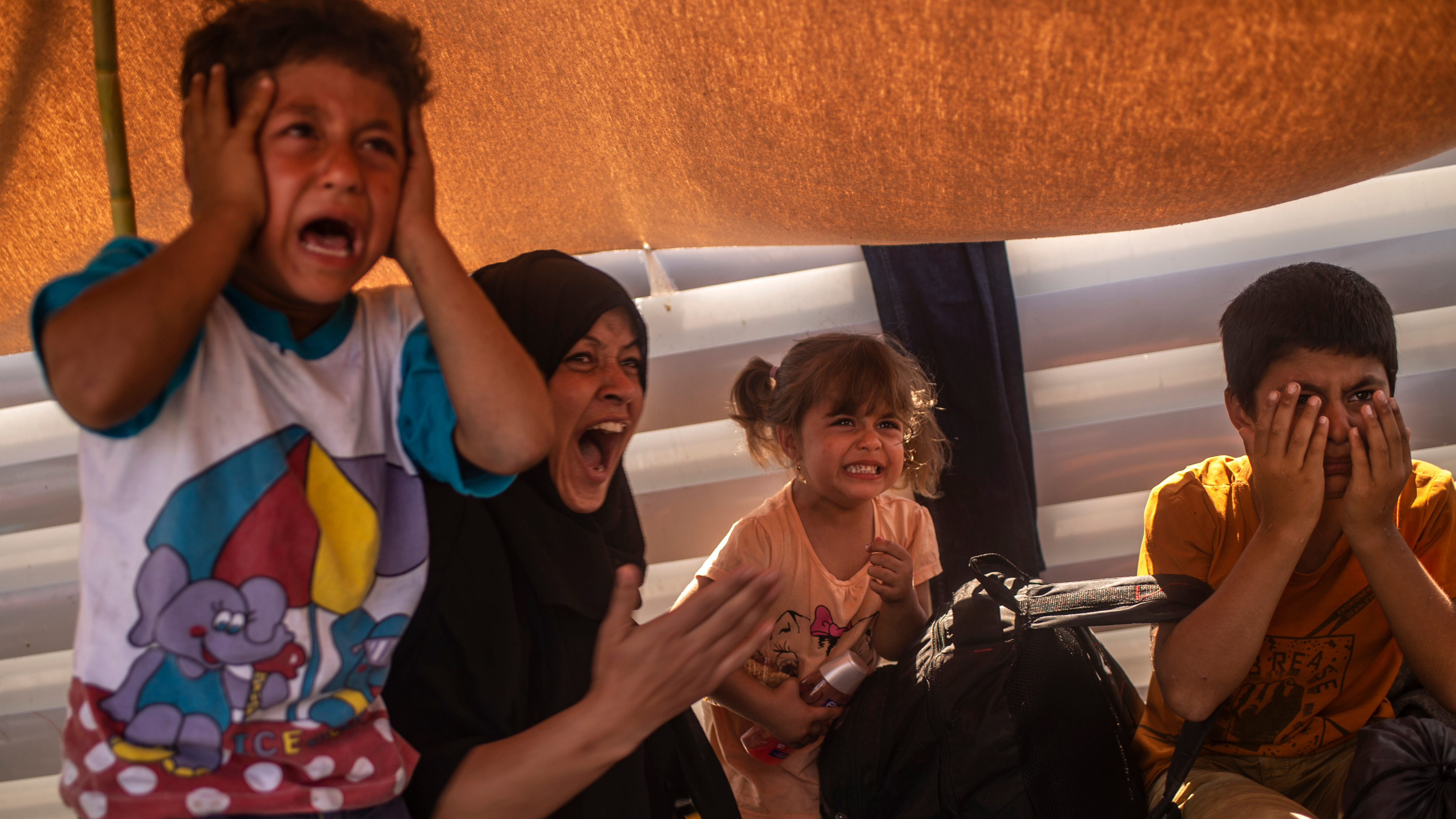 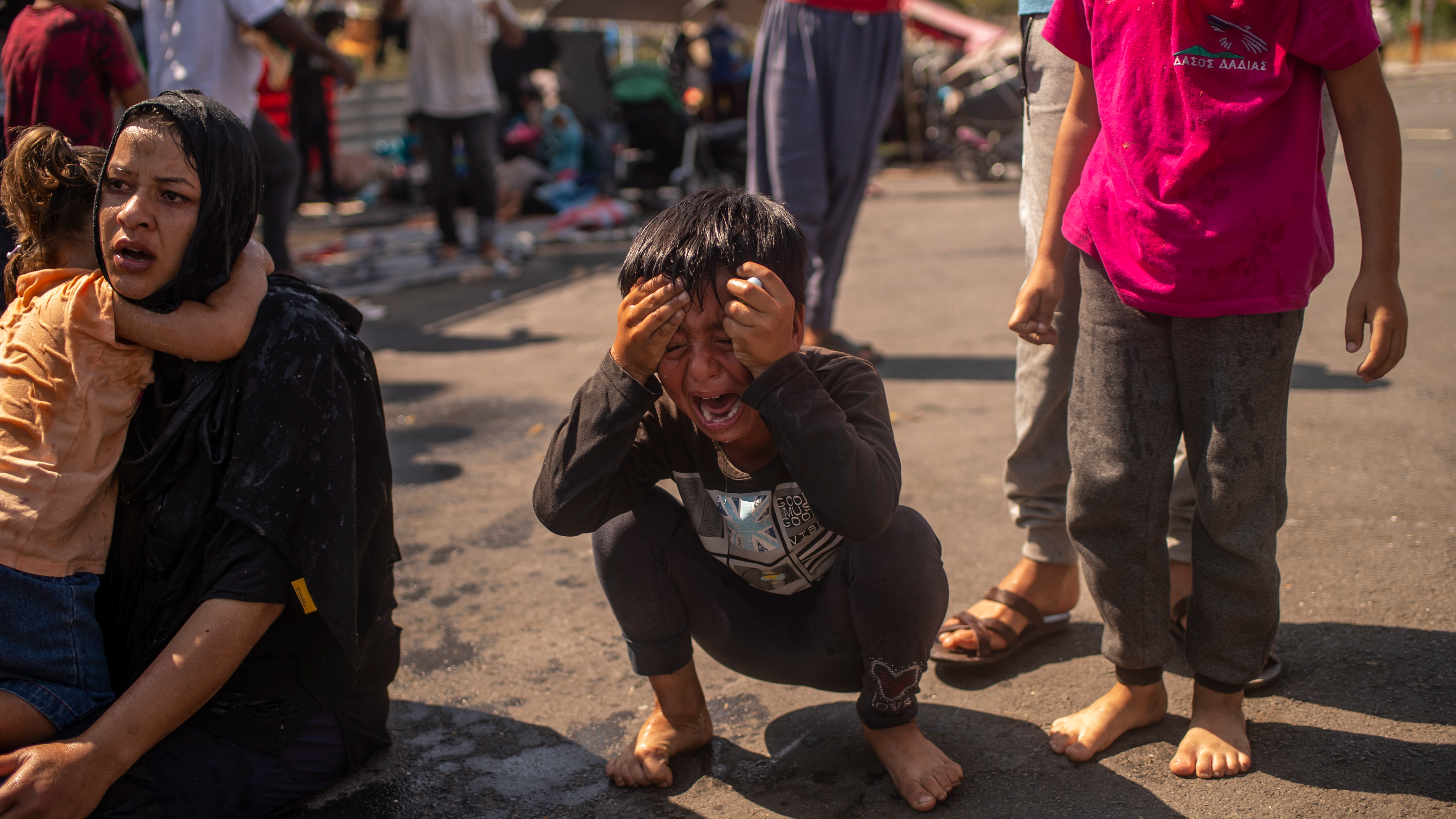 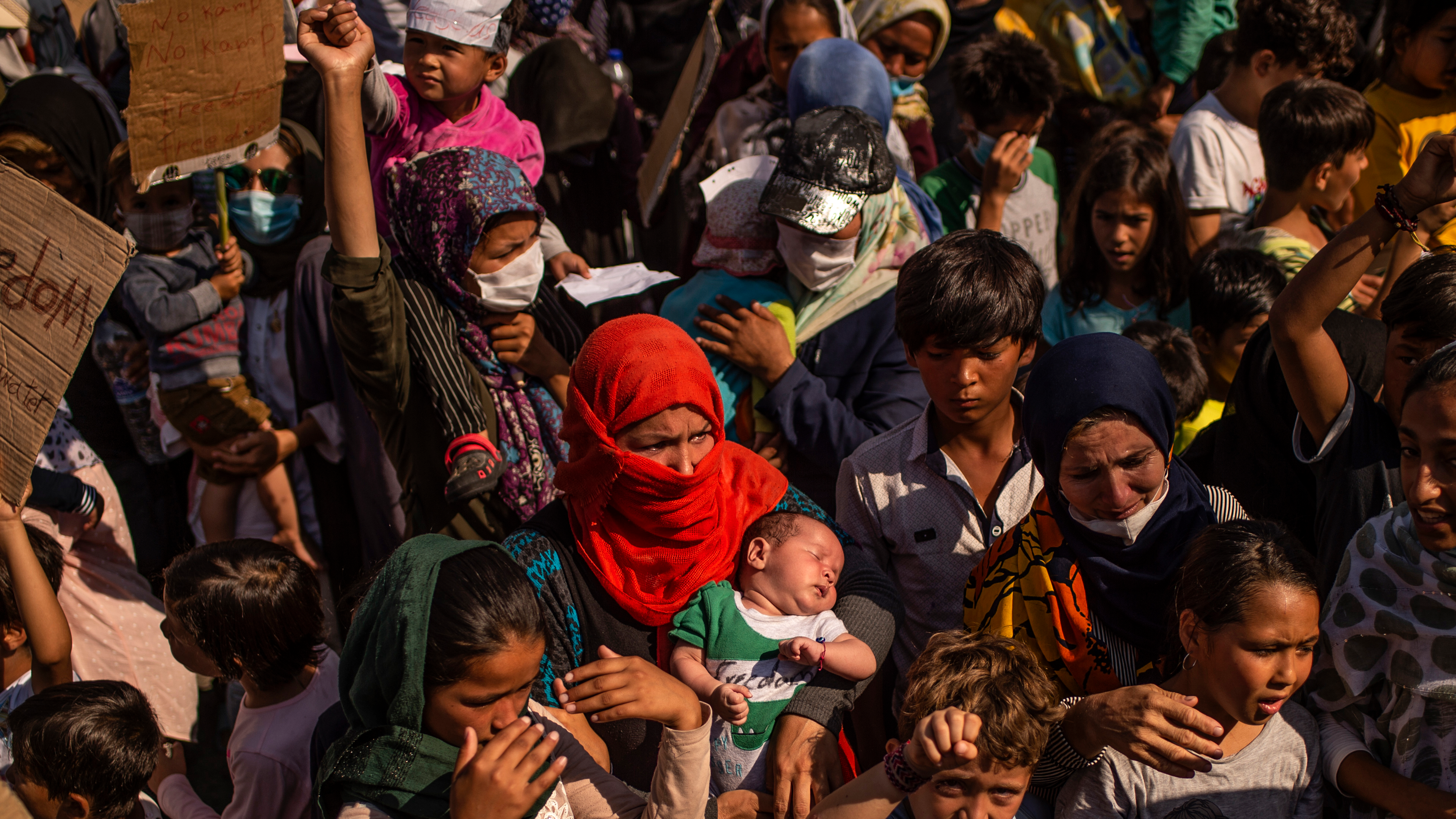 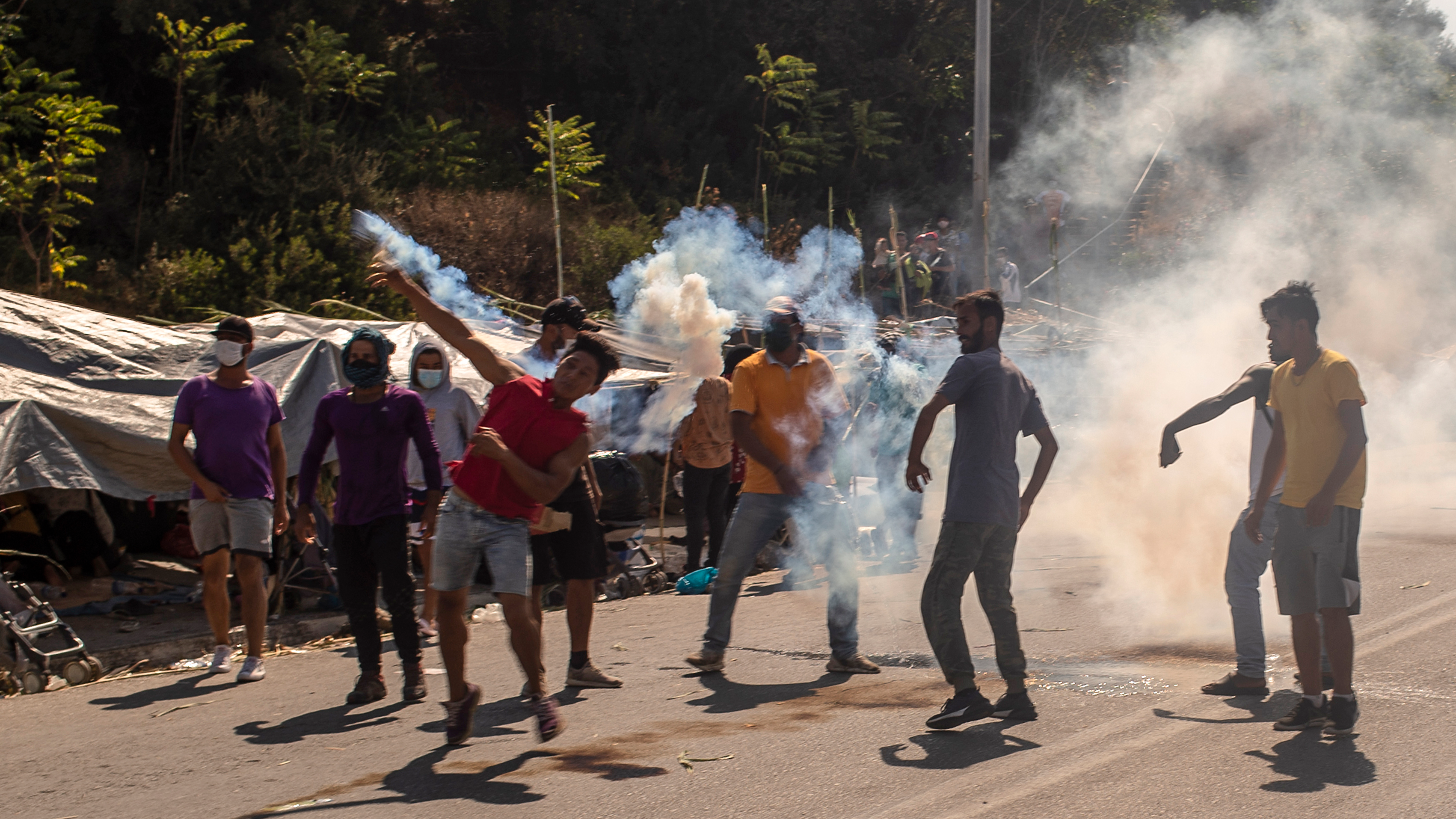 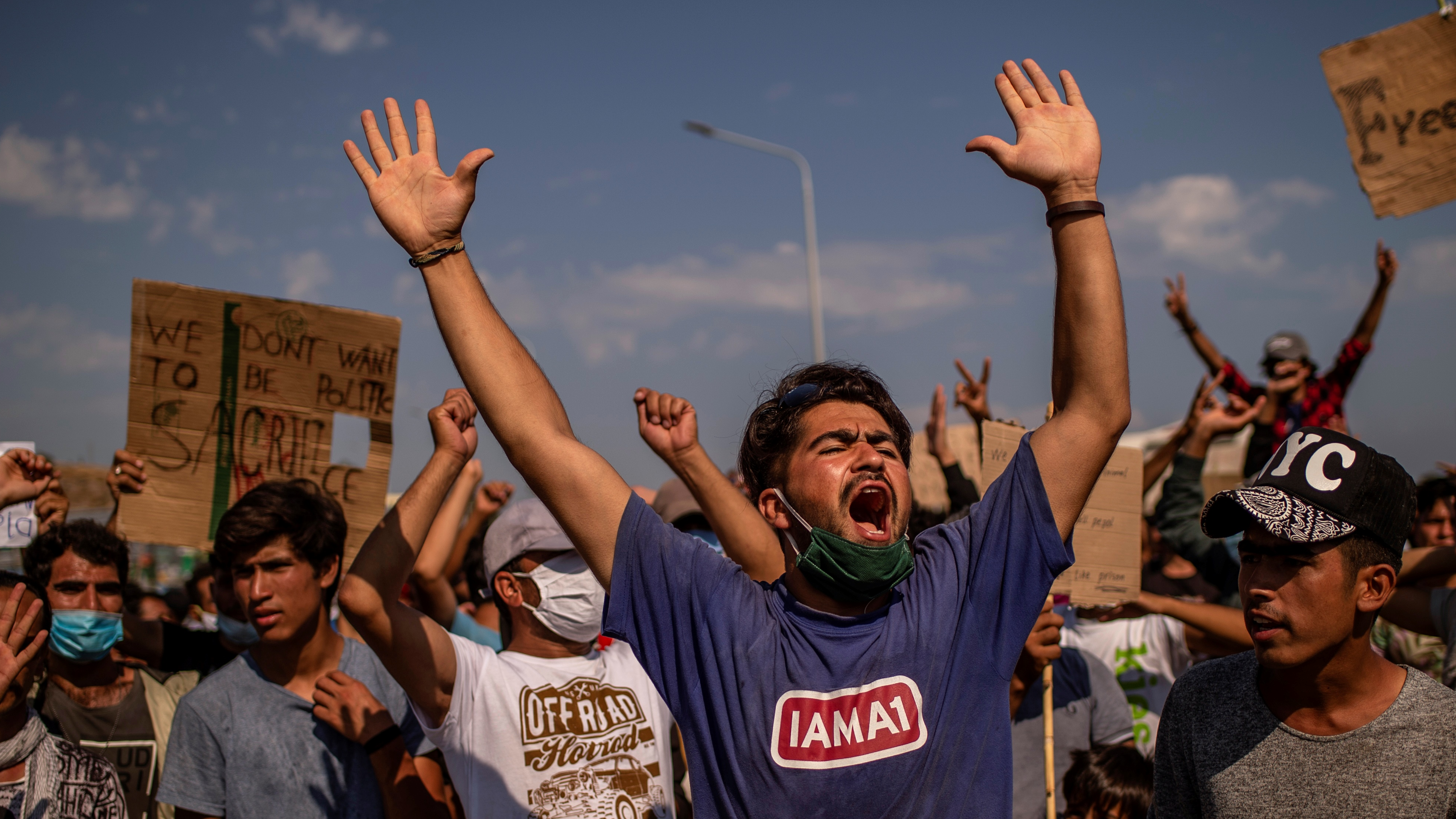 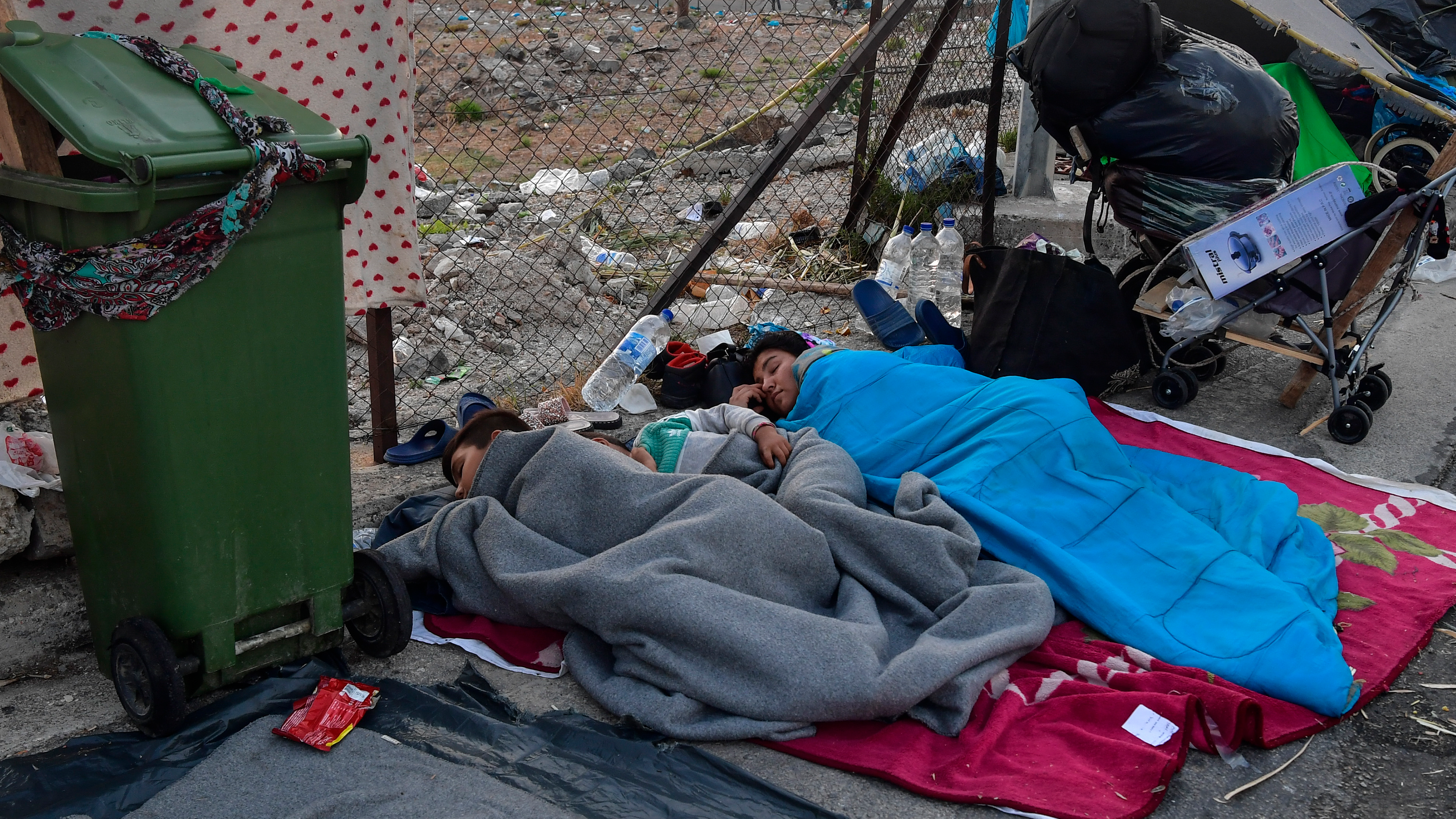 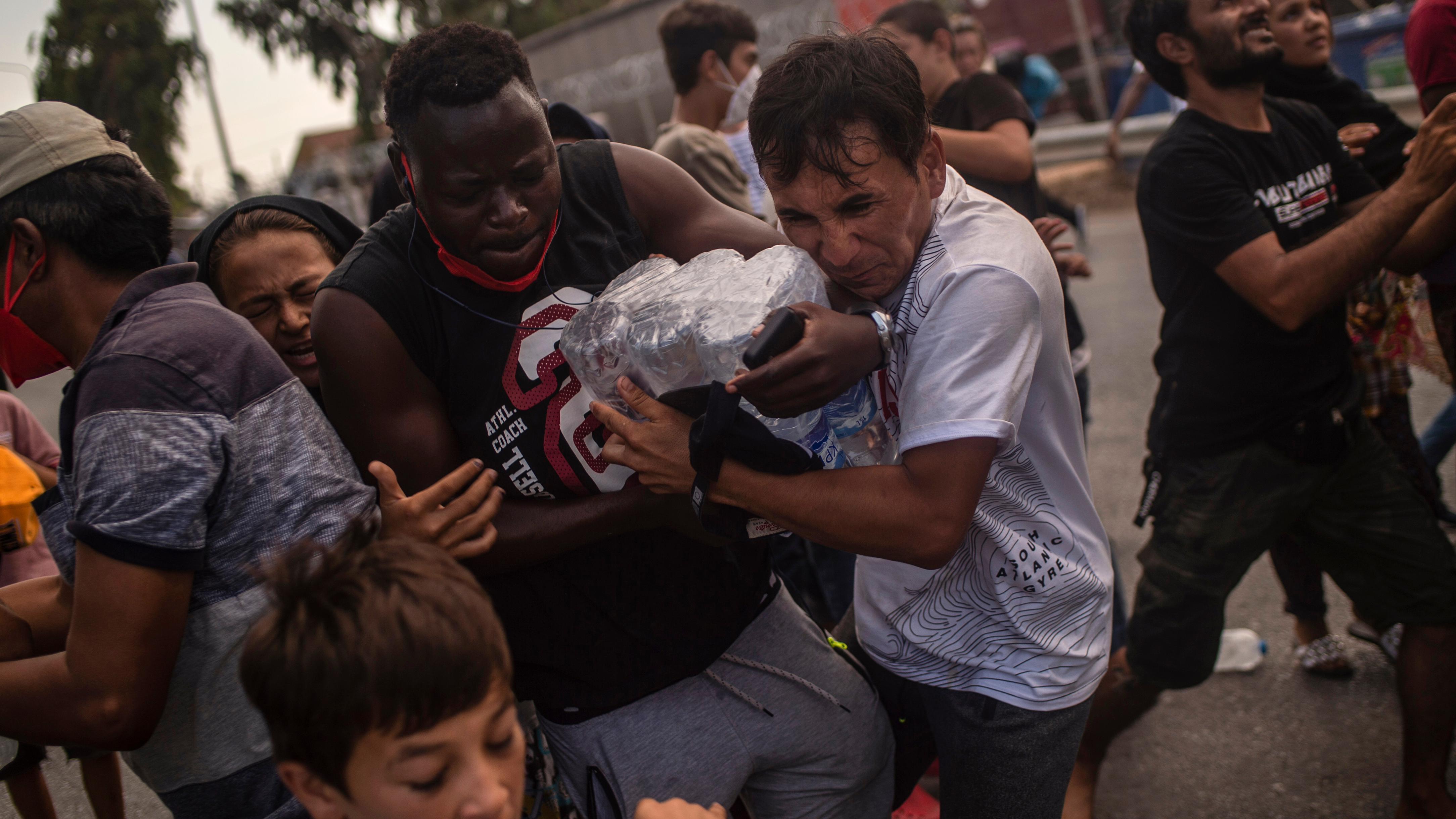 Thousands of migrants are facing a fifth night without shelter after fire destroyed the Moria asylum center on Lesbos.

Greek officials say they believe the fire in the camp was deliberately lit by migrants reacting to quarantine measures after COVID-19 was detected in the camp last week.

Greek residents on the island also disapprove of a new camp to house the migrants, with one leader saying "we've faced this situation for five years, it's time for others to bear this burden."

Protests by migrants on the island escalated into clashes in the last 24 hours, as some migrants threw stones and the police reacted by using tear gas.

In response to the fire and protests, several European countries said they would take a small number of the estimated 4,000 refugee children. France and Germany said they would each accept between 100 and 150 of the unaccompanied children. The Netherlands has already pledged to accept 50 and Finland will take 11.

Two consecutive fires, on Tuesday and Wednesday, destroyed the majority of the overcrowded Moria camp, leaving more than 12,000 people without shelter and with little to eat or drink.

The Greek military has sent troops to put up tents to provide shelter for the migrants, and arranged for three ships to dock at Lesbos. Two naval vessels will house around 500 migrants each, while the Blue Star Chios ferry is docked at Sigri and will be a temporary home to 1,000 people.

Military personnel, riot police and a water cannon have also arrived at the scene.

• Field notes: Farmers in Belgium and China share their experiences

Mujtaba Noori, a migrant from Afghanistan, told AP: "No water. No food. Three days ago. All are hungry. Problems. Sick. Baby is sick. Woman is sick. I don't know."

Greek authorities and aid workers said the fires were deliberately set by some of the camp's residents, angered by social isolation orders issued following an outbreak of 35 COVID-19 cases at the camp.

The camp had been under a lockdown, due to last until mid-September, after a Somali man, infected with COVID-19, returned to Moria from Athens.

"We denounce the European Union, for them to come and support us, to not leave us, we are like abandoned children. We have endured things we didn't know could happen," said Freddy Musamba, a migrant from Gambia.

The World Health Organization (WHO) said two emergency teams were on their way to Lesbos, following a request from Greece. "WHO is ready to send medical supplies, as needed. This is to supplement existing services, which have been partly disrupted," the WHO's Fadela Chaib said in Geneva.

The United Nations refugee agency stated the pandemic was adding to "an already desperate situation." 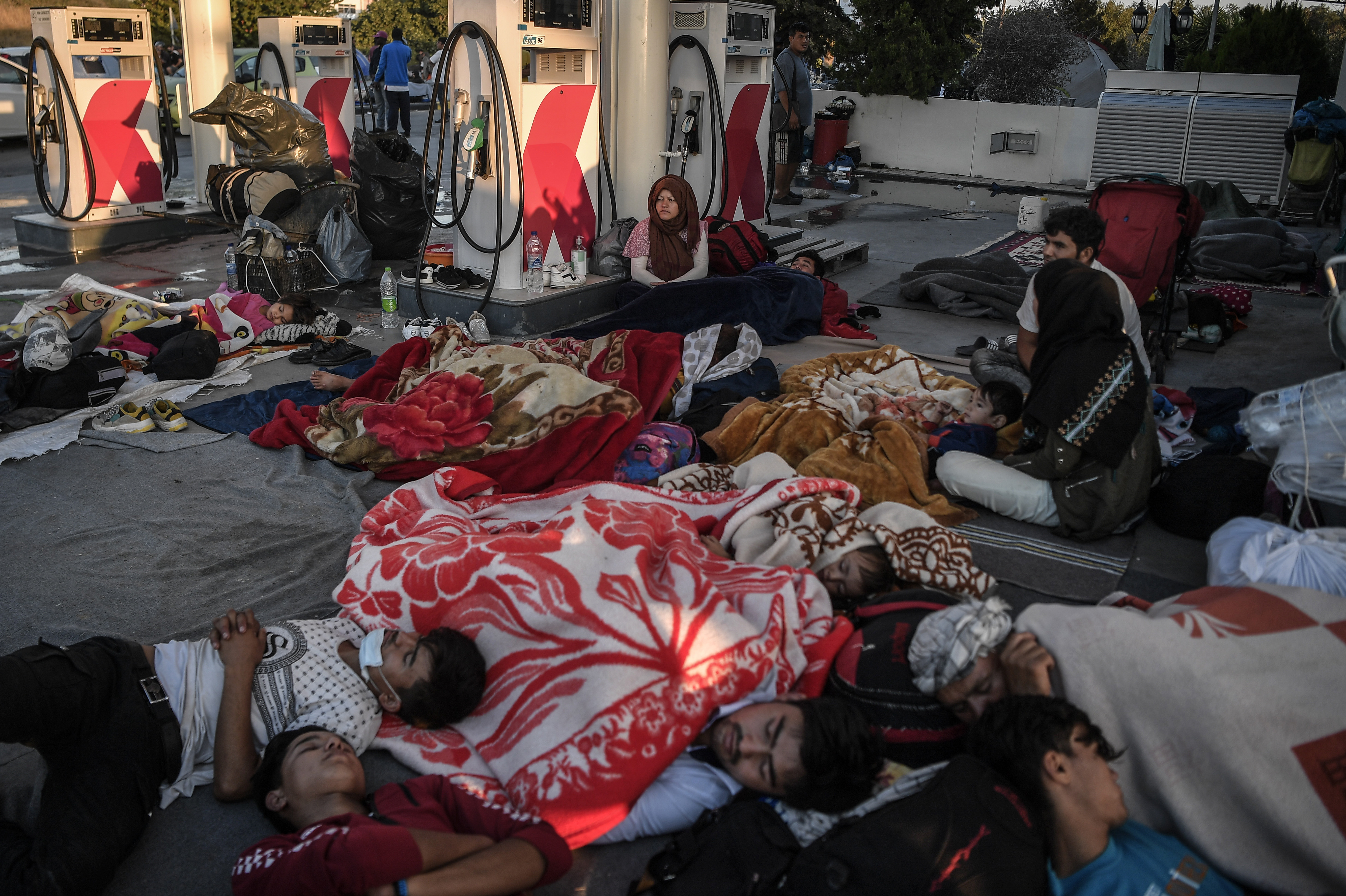 Moria's residents have been forced to sleep in the open following the fires. /AFP/Louisa Gouliamaki

Moria's residents have been forced to sleep in the open following the fires. /AFP/Louisa Gouliamaki

Aid organizations and the camp's residents have long been complaining about the conditions in the notoriously overcrowded Moria camp, which has an official capacity of just over 2,750 people. Before it was burnt down Moria was housing more than 12,500 inside and in a spillover tent city that sprang up in an adjacent olive grove.

The situation has led to spiraling tensions, both between those inside the camp and with some local residents who have called for Moria to be shut down.

Moria housed people from Africa, Asia and the Middle East who have fled poverty or conflict in their home countries. The majority arrive on the Greek islands from the nearby Turkish coast.

Under a 2016 deal between the European Union and Turkey, those arriving on Greek islands would remain there pending either their successful asylum application, or deportation back to Turkey.

A backlog in asylum applications, combined with continued arrivals and few deportations, led to massive overcrowding in Moria and other camps on eastern Aegean islands.

"Moria is a sharp reminder to all of us for what we need to change in Europe," European Commission Vice President Margaritis Schinas, who also handles migration for the 27-nation bloc, said.