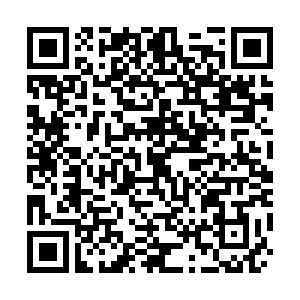 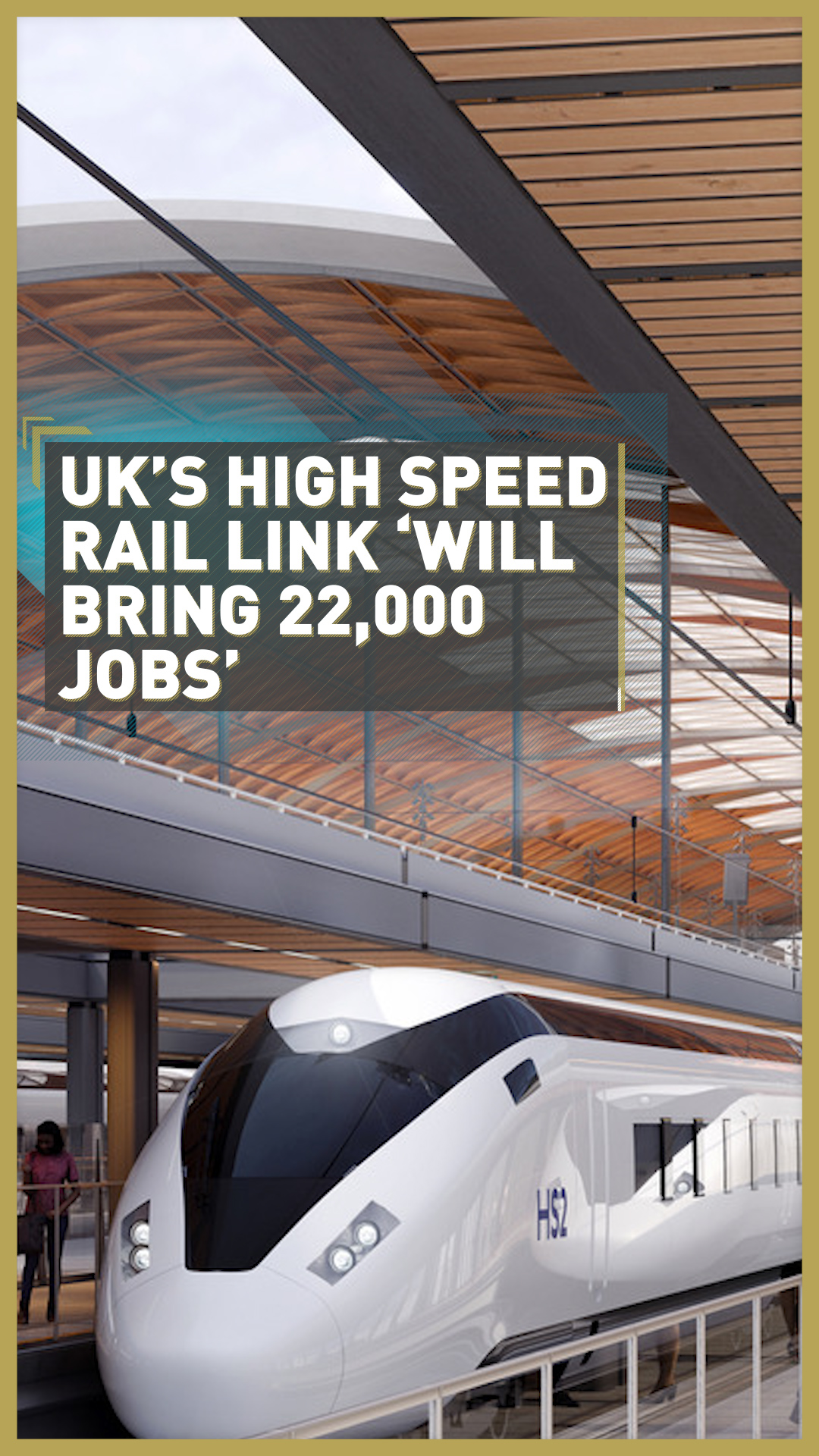 A project to build a high speed rail link for the UK has finally got under way with Prime Minister Boris Johnson promising it will create 22,000 jobs and many more in the future.

The UK government gave the go-ahead last April for the costly new transport system, known as HS2, which will connect the north of the UK to London with high-speed trains.

Championed as an economic boost for the country, the project also has fierce critics who have balked at the environmental impact and the cost. An official government review reportedly warned it could cost more than $130 billion.

He said: "HS2 is at the heart of our plans to build back better – and with construction now formally under way, it's set to create around 22,000 new jobs.

"As the spine of our country's transport network, the project will be vital in boosting connectivity between our towns and cities.

"But HS2's transformational potential goes even further. By creating hundreds of apprenticeships and thousands of skilled jobs, HS2 will fire up economic growth and help to rebalance opportunity across this country for years to come."

On site to see construction start near Birmingham, Johnson added the project would create "tens of thousands more high-skilled jobs in the decades ahead linking Birmingham eight miles over there, to London just 38 minutes behind me, when HS2 is built."

It is hoped the 20-year project will rebalance the economy through investment in transport links outside the UK capital, as well as reducing passenger overcrowding.

HS2 Ltd and its contractors expect to recruit for around 22,000 roles to build the Phase One route – offering people a path back into work after the pandemic.

"The reality of high-speed journeys joining up Britain's biggest cities in the North and Midlands and using that connectivity to help level up the country has just moved a step closer," said HS2 Ltd CEO Mark Thurston. 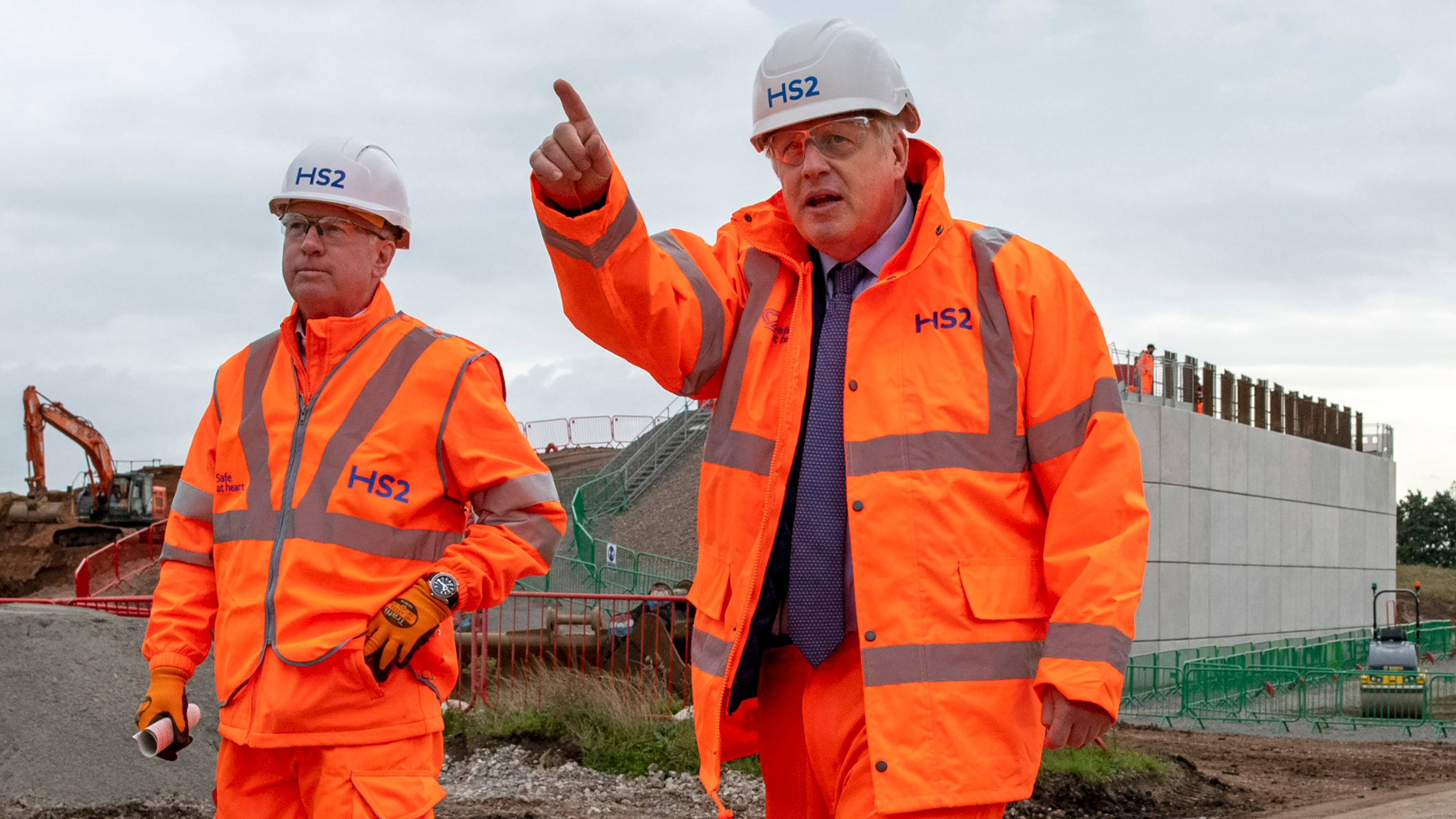 Boris Johnson takes a look around the Solihull Interchange construction site, near Birmingham, as work on HS2 gets underway. Andrew Fox/AFP

Boris Johnson takes a look around the Solihull Interchange construction site, near Birmingham, as work on HS2 gets underway. Andrew Fox/AFP

The country's transport minister, Grant Shapps, said it is a historic day to see work starting on the new project.

"Today marks a major milestone in this government's ambitions to build back better from COVID-19," he said.

"Shovels in the ground to deliver this new railway means thousands of jobs building the future of our country's infrastructure.

"This fantastic moment is what leaders across the North and Midlands have called for – action to level up our country by boosting capacity on our railways, improving connections between our regions, and spreading prosperity.”

Some critics of HS2 say it will be environmentally damaging and the money would be better spent on better connections between different parts of the north of the country.

Campaign group Stop HS2 claims the "case for building HS2 has gone from questionable to completely non-existent," with the change in work practices brought on by COVID-19.