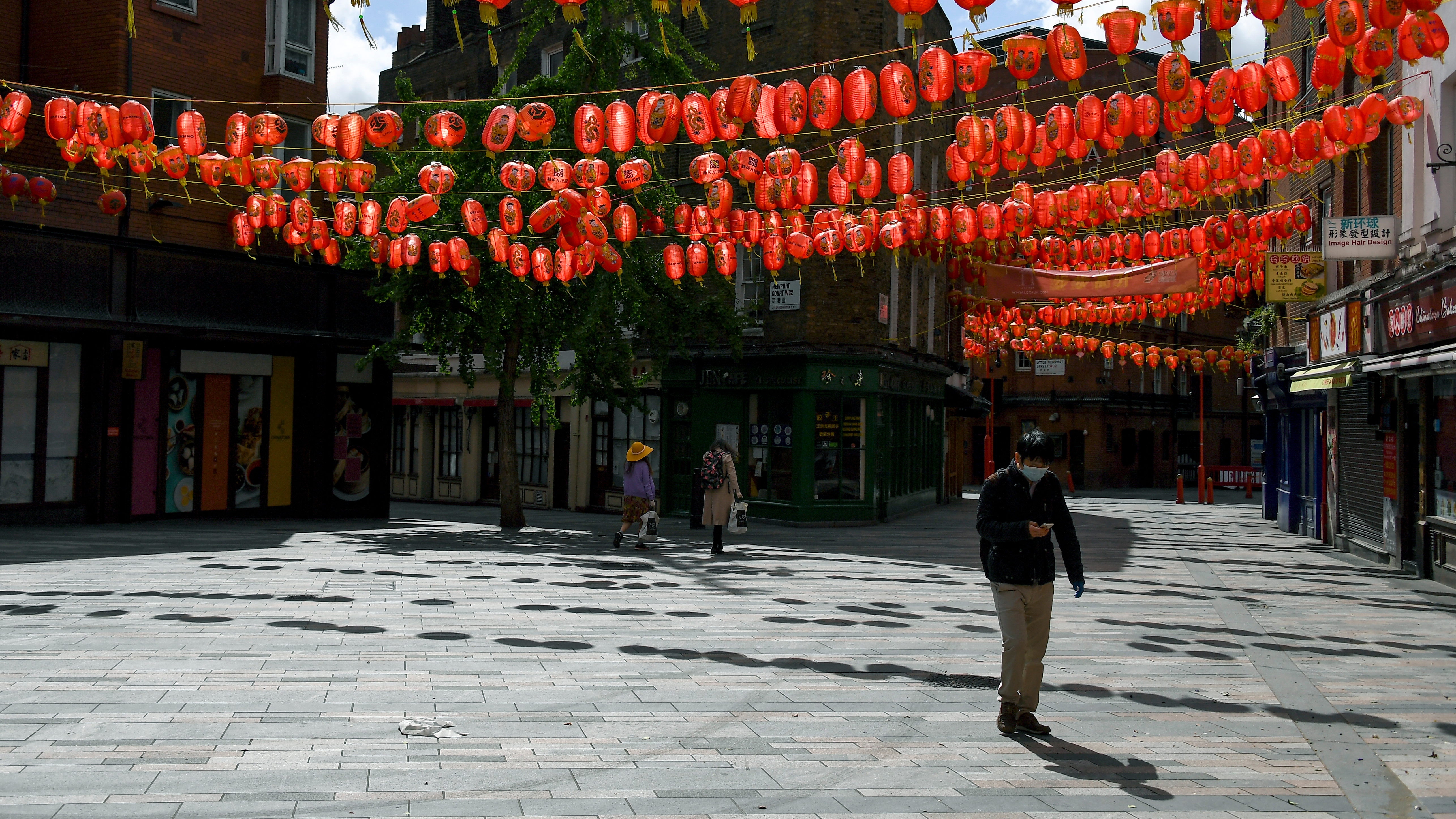 A YouGov report showed nearly two in every three BAME people interviewed said they were treated differently because of their ethnicity. /Alberto Pezzali/ AP Photo

A YouGov report showed nearly two in every three BAME people interviewed said they were treated differently because of their ethnicity. /Alberto Pezzali/ AP Photo

People from Chinese backgrounds living in the UK are more exposed to racist comments than any other ethnic minority group in Britain, according to a recent YouGov poll into racism.

The UK data specialists interviewed over 1,200 people from Britain's Black, Asian, and Minority Ethnic (BAME) communities about issues of racism in the UK between 10 and 17 June 2020.

It found that some 76 percent of ethnic Chinese questioned said they had experienced someone using a racial slur directly against them on at least one occasion. 60 percent said that it had happened to them multiple times, much higher than the average percentage across all ethnic minorities at just 31 percent. 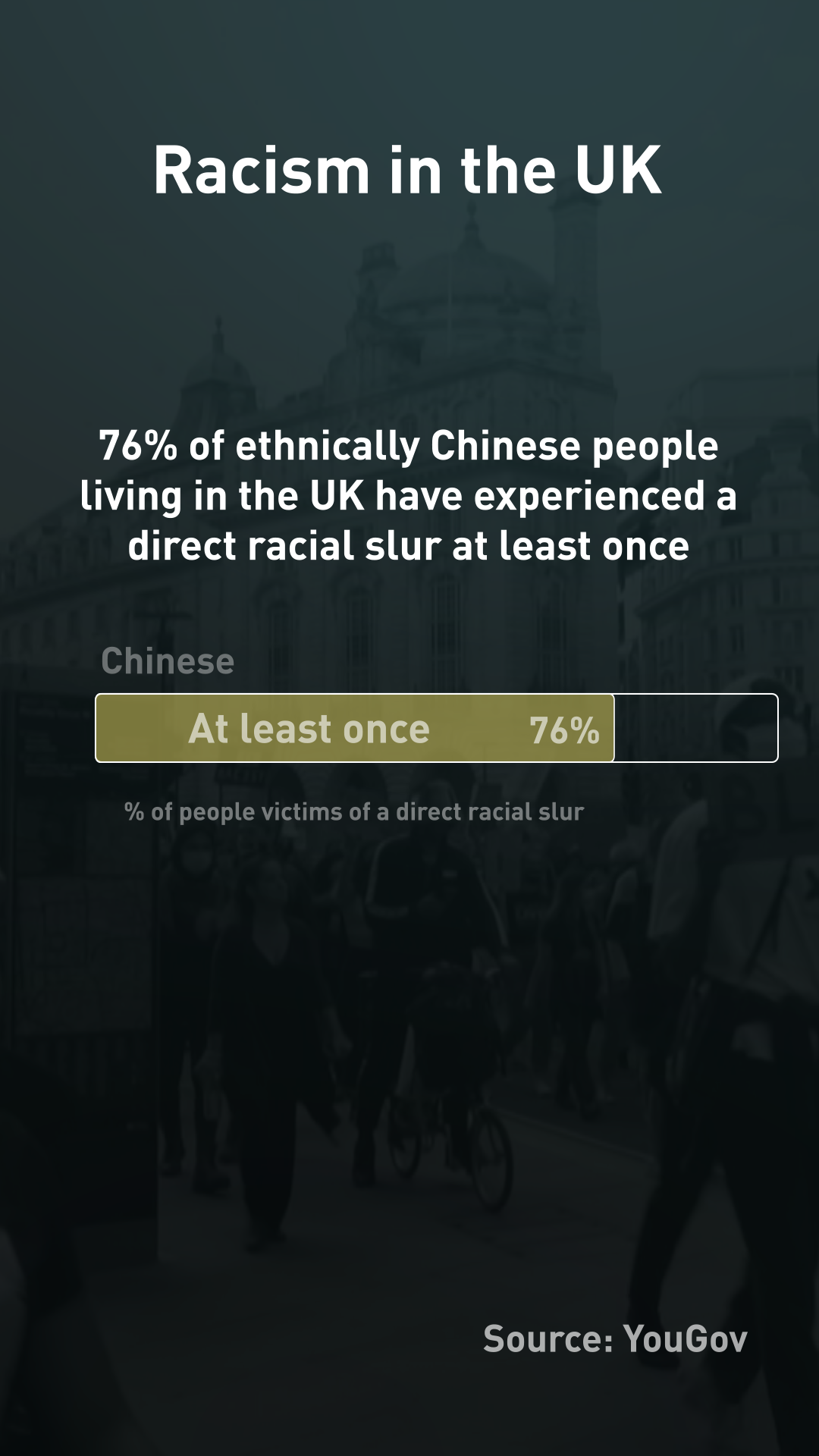 The report has been released at a moment when the UK is being forced to come to terms with its history of colonialism and modern-day manifestations of racism, as Black Lives Matter protests continue to spread across the world.

In total, the results showed that 84 percent of BAME people interviewed thought that racism still existed in the UK today, with nearly two in three (64 percent) saying they are treated differently because of their ethnicity.

The number was particularly high among Black (79 percent) and Chinese respondents (70 percent), respectively.

People from ethnic Chinese backgrounds were also more likely than any other minority group both to report hearing someone imitate their accent or make assumptions about their behavior based on their ethnicity.

A 2011 census showed that just under 400,000 people from Chinese ethnic backgrounds were living in England and Wales at the time, some 0.7 percent of the UK's population. But recently, members of the community have been heavily targeted since the outbreak of the novel coronavirus.

According to data released by London's Metropolitan Police, the number of racially aggravated assaults against Asians increased to 166 in February and March of this year, compared with that of 66 during the same period in 2019.

Speaking at a press conference in February, Chinese ambassador to the UK Liu Xiaoming said: "I think the general public is very supportive. There are some cases of hatred, discrimination, against Chinese nationals.

According to data released by London's Metropolitan Police, the number of racially aggravated assaults against Asians rose sharply to 166 in February and March of this year. / Alberto Pezzali/ AP Photo

According to data released by London's Metropolitan Police, the number of racially aggravated assaults against Asians rose sharply to 166 in February and March of this year. / Alberto Pezzali/ AP Photo

Read more: The UK should be vigilant about anti-China sentiment

"I think there are many reasons for it. Lack of understanding of the epidemic. Of course, there is also some deep-seated racism. Not only in this country, but anywhere."

In light of the increase of anti-Chinese racism, the United Nations has expressed concern over what they called "a tsunami of hate and xenophobia" unleashed by the pandemic, with Human Rights warning that some government leaders were helping to fan the flames by employing anti-Chinese rhetoric.

However, if the YouGov report is anything to go by, it appears that Britain's problem with racism and Sinophobia precedes the novel coronavirus.

Ultimately, the question is, how can these attitudes be changed? Not only to help ensure the wellbeing of ethnic Chinese people living in the UK but also to improve society at large.