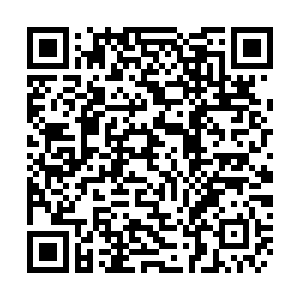 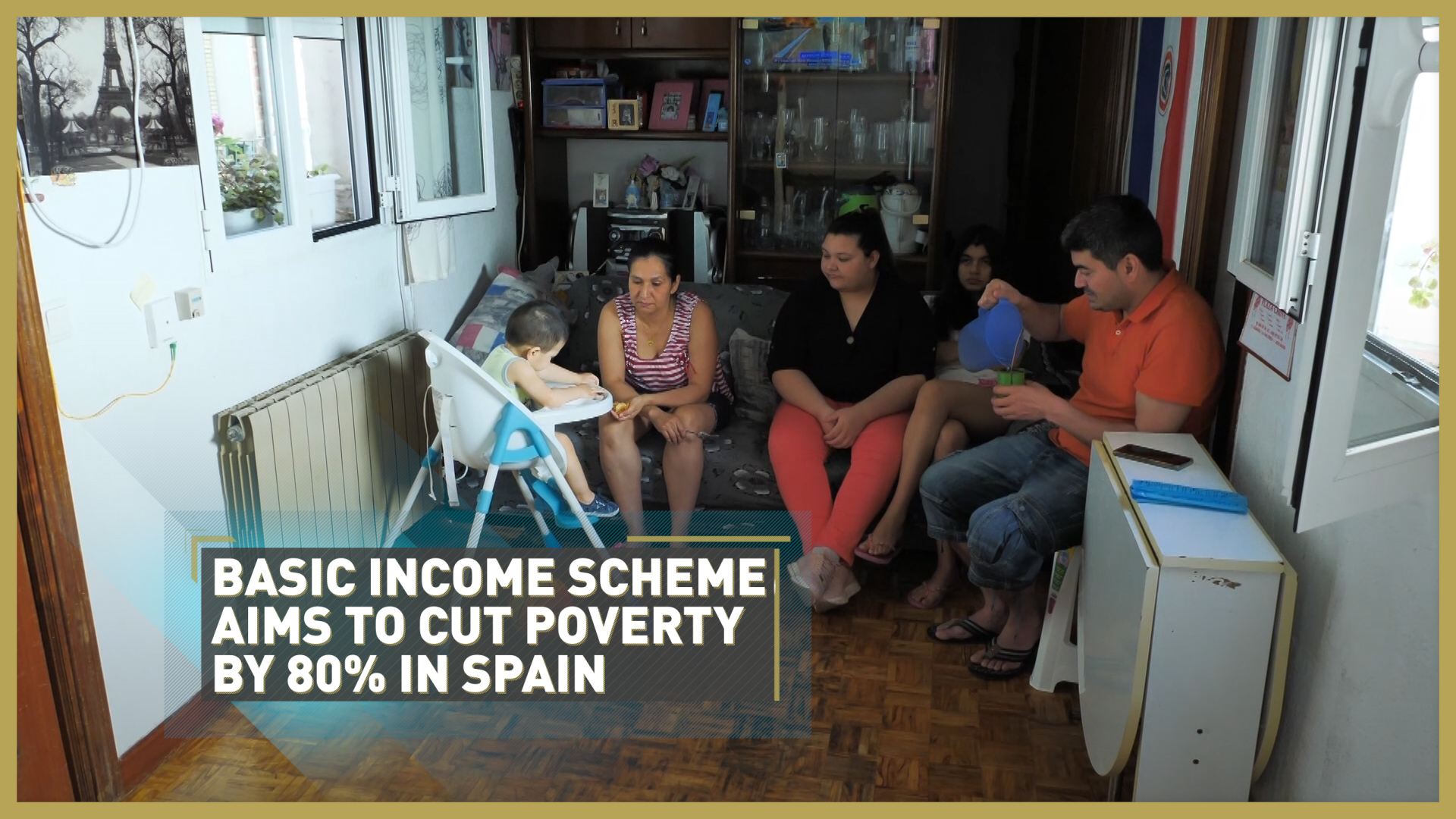 A minimum income plan is being drawn up by the Spanish government to tackle poverty and end the "hunger queues" that have become a frequent sight under coronavirus lockdown.

For 38-year-old Roberto Sotelo, from Madrid and his family, the economic impact of coronavirus is taking its toll. The construction worker was laid off three months ago, and the lockdown has so far stopped him from working.

"I have no resources right now, I am looking for help everywhere,  for people to help me. If I don't get that support, I don't know how I'm going to make it to the end of the month, it's almost impossible," he told CGTN Europe.

Sotelo now relies on aid from one of Madrid's many food banks, and these "colas del hambre" or "hunger queues" are now a regular sight all across Spain.

CGTN Europe visited one in the Madrid suburb of Cuzco. About 700 people were queuing around the block, waiting patiently in soaring temperatures.

The left-leaning government of Pedro Sanchez says it wants to help vulnerable families with the introduction of a national minimum income or "ingreso mínimo vital" as it is known in Spain.

People can receive the payment, which will range from $512 to €1,125 a month, even if they are not working, a crucial point in this time of coronavirus lockdown.

"I think it's good, a lot of people don't have any income right now. This (minimum income) will help us survive in this terrible situation," a lady waiting at a food bank said.

"I think it's a good thing, it's perfect, it helps," said another. 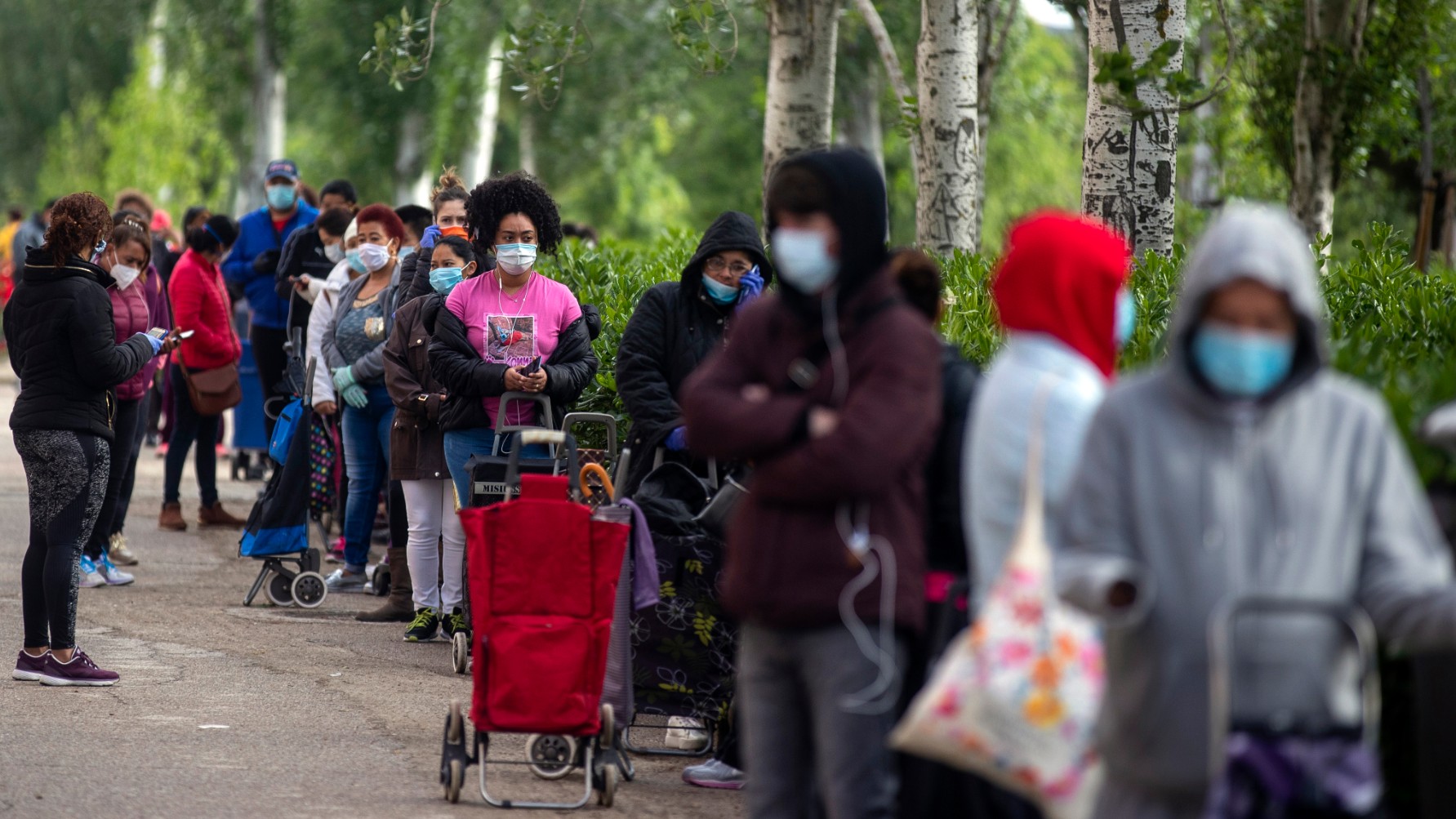 People queue up as they wait for a ration of food from volunteers at Santa Ana church in Barcelona./AP

People queue up as they wait for a ration of food from volunteers at Santa Ana church in Barcelona./AP

During a visit to Spain back in January this year, Phillip Alston, the UN special rapporteur on extreme poverty, said the country's poverty rates were appallingly high.

At the time, 26.1 percent of Spain's population were living at risk of poverty, the fall-out from the pandemic will almost certainly see that figure rise.

Since winning the Spanish general election in April 2019, Prime Minister Sanchez had always said he wanted to bring in some form of national minimum income scheme.

The COVID-19 crisis has accelerated the process.

"This means reducing extreme poverty by 80 percent and high poverty levels by 60 percent," Escriva said at a news conference on Friday.

In total, the scheme is set to affect a million households, totaling 2.3 million people. If it proves effective, lawmakers here say the program could remain indefinitely.