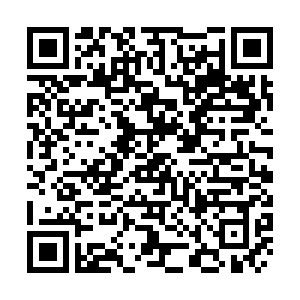 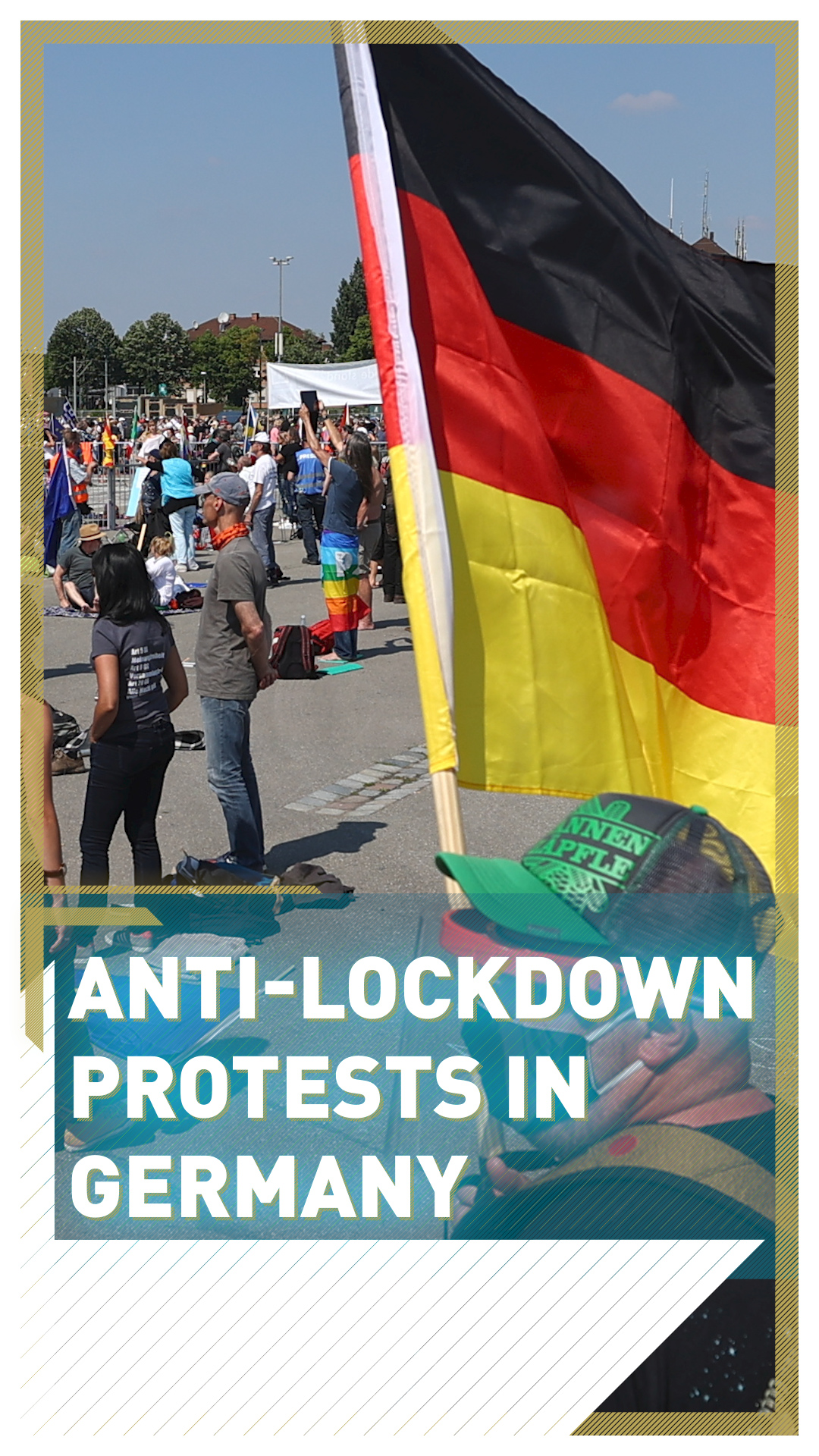 Hundreds gathered in Germany's main cities on Saturday as unhappiness with lockdown measures continues to fuel a wave of protests, with hundreds of people arrested in Berlin.

At first, such demonstrations attracted just a small number of protesters against the tough restrictions to stem the spread of coronavirus, with many of them said to be anti-vaccination campaigners and believers in COVID conspiracy theories.

However, in recent weeks, numbers have increased – as have the cases of violent standoffs with police.

Police in Berlin made 200 arrests as scuffles broke out, while in Hamburg, conspiracy theorists clashed with anti-lockdown protesters.

Among the protesters were those saying the restrictions in Germany were imposed without proper consultation.

Others could be seen carrying placards referencing conspiracy theories and anti-vaccination slogans.

Police also announced that they had launched an investigation after a mock tombstone was found in front of Angela Merkel's electoral offices. 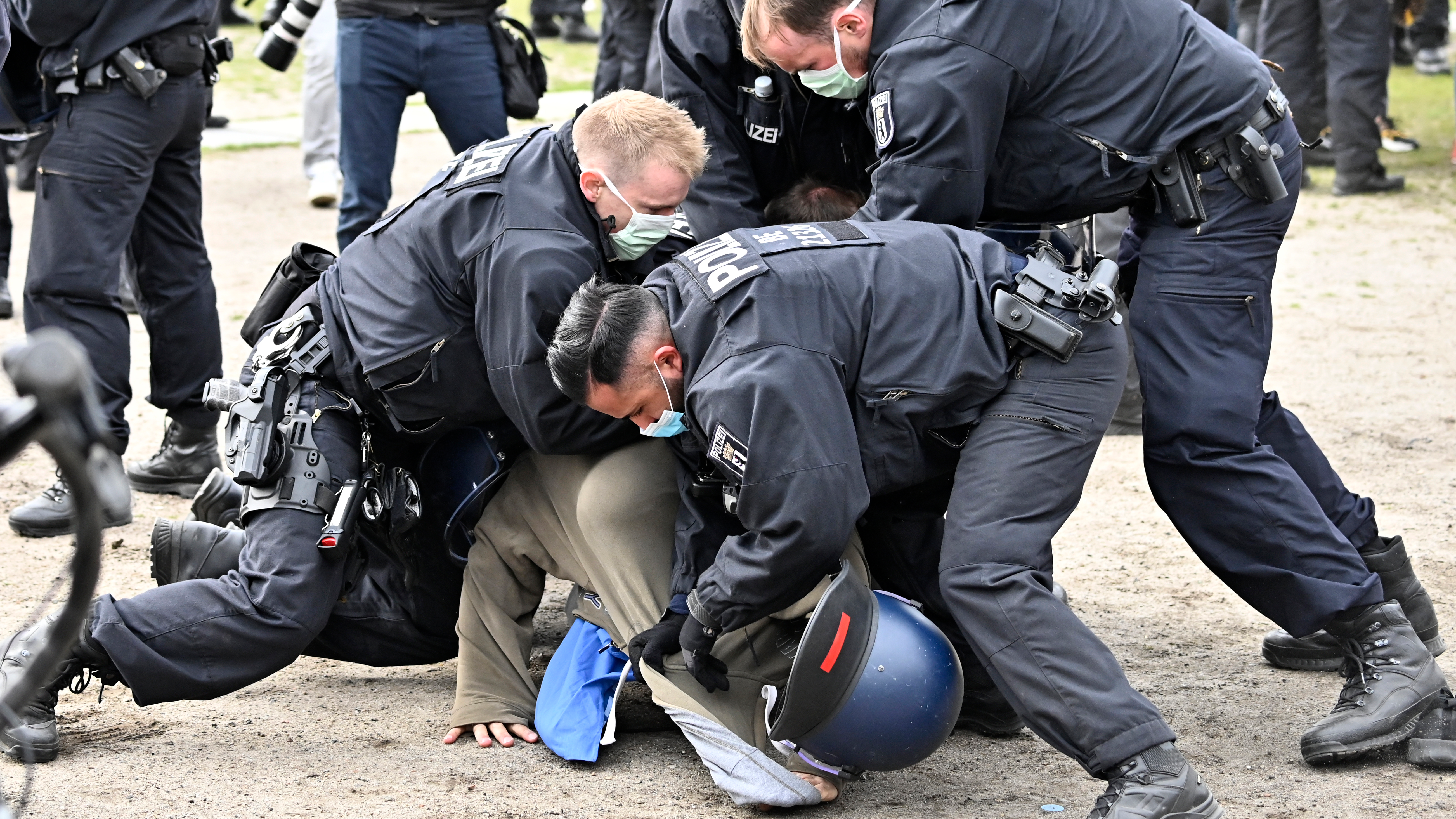 A man was arrested in Berlin after being warned about flouting social-distancing rules. Tobias Schwarz / AFP

A man was arrested in Berlin after being warned about flouting social-distancing rules. Tobias Schwarz / AFP

In an attempt to keep numbers to a minimum in Munich, authorities announced a cap of 1,000 protesters for Saturday's demonstration after organizers called for 10,000 people to be allowed at the gathering.

Last weekend, there was approval for 80 people to protest against lockdown measures in the southern German city but more than 3,000 showed up, forcing the police to step in.

Around 500 police officers were on patrol on Saturday including riot police to enforce the 1.5 meter social distancing rule. Police fenced off the area to limit attendance, but the protest spilled over into side streets.

In Stuttgart, where some protesters last weekend broke social distancing regulations and refused to wear face masks, some 5,000 people turned out to demonstrate the lockdown.

Elsewhere in Europe, a similar demonstration of over 100 people broke out in London's Hyde Park, where scuffles between protesters and police ended in 13 arrests.

One of those detained was Piers Corbyn, the brother of former Labour Party leader Jeremy. 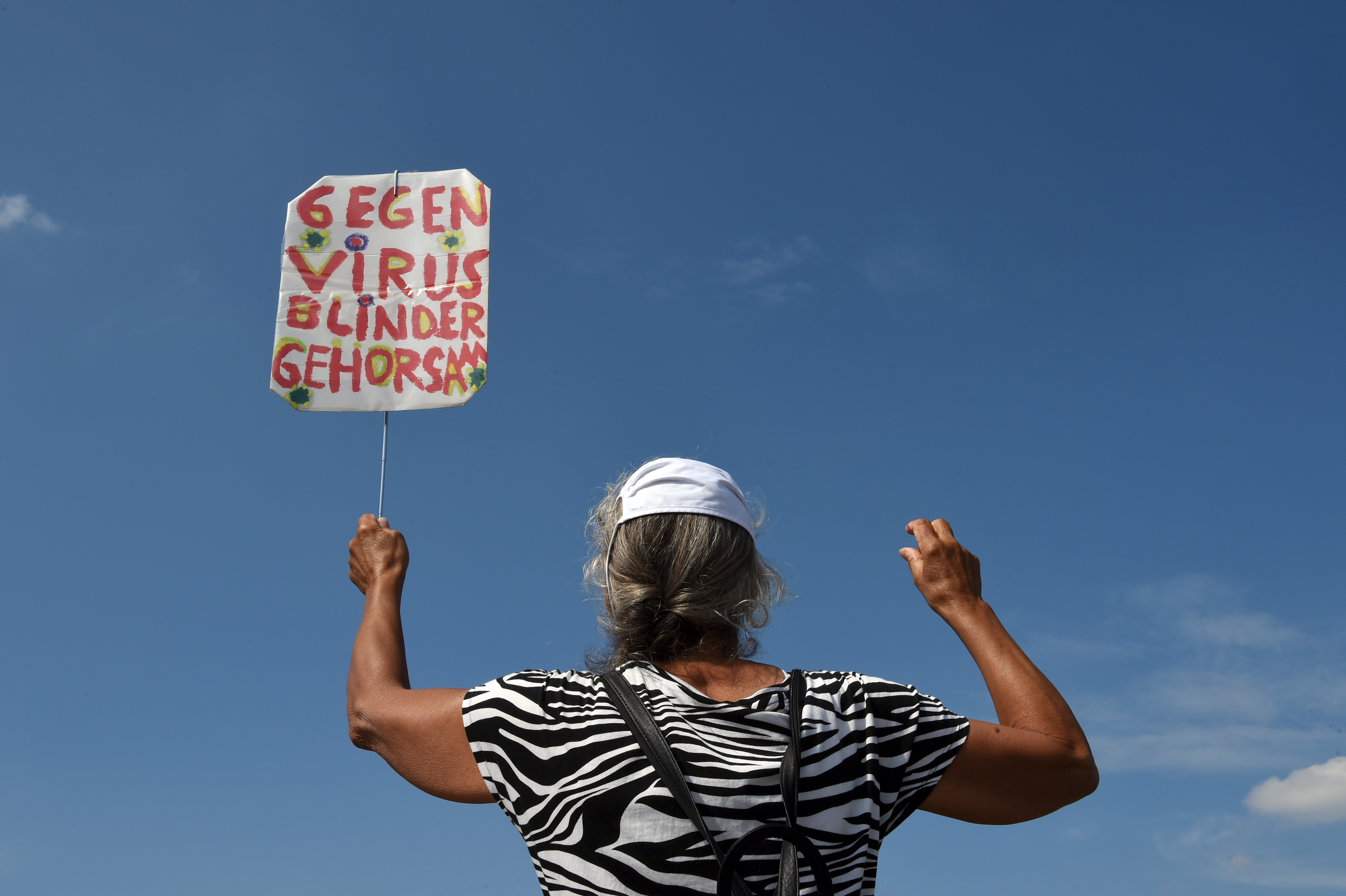 In March, Germany took unprecedented measures to shut down public life to fight the spread of the virus. The measures were supported by the vast majority of Germans, with Merkel's government gaining a big boost in approval ratings.

However, the growing protests have been compared with the anti-Muslim Pegida marches at the height of Europe's refugee crisis in 2015, and have raised questions over whether support for the government is waning.

A recent poll commissioned by news magazine Der Spiegel found that almost one in four Germans voiced "understanding" for the demonstrations.

This is in part seen to be caused by the far-right Alternative for Germany party (AfD) backing the demonstrations, as they did for the Pegida protests five years ago.

After protests last weekend, AfD co-chief Alexander Gauland said it was "completely correct that people are exercising their fundamental rights and demonstrating against corona measures."

Any division in society over the protests should not be blamed on those demonstrating, said Gauland, but on "the sweeping vilification of participants as right-wing extremists, nutcases or conspiracy theorists," he said.

The development has shocked Germany's political establishment, with Merkel reportedly telling members of her centre-right CDU party of the "worrying" trend that may bear some hallmarks of disinformation campaigns targeting liberal democracy.

Dissent against the lockdown has also been fueled online, where YouTube videos championing conspiracy theories or unchecked medical advice are gaining tens of thousands of views.

In a response to such ideas, German president Frank-Walter Steinmeier suggested that the "uncomfortable and cumbersome face mask is more to be recommended than a tin-foil hat."

Read more: Corona-conspiracies: How fake news around 5G and COVID-19 spread through Europe

Read more: German Bundesliga steps out of the shadows amid COVID-19 shutdown