COVID-19 death rates can spike many weeks or months after the virus has apparently retreated, as seen in Wuhan, China. Due to updated reporting it raised its official Covid-19 death toll by 50 percent, adding 1,290 fatalities,

Comparing and compiling data around death rates can be difficult as countries use a variety of methods to record it. Some record solely deaths of those who have been tested and that occurred in hospital while other nations include those who have died in care homes and/or the deaths of all those, in any settings, who are suspected of having COVID-19.

In an attempt to quantify the rate at which care home residents are dying from the virus, the London School for Economics (LSE) has conducted a study that suggests around 50 percent of deaths are of the elderly in care homes.

If their findings - based on data from France, Belgium and Spain among others - are extrapolated to all countries affected by the pandemic then it suggests that the death rate is significantly higher than in countries which don't include care home deaths in their death rates.

How do different countries record their death rates?

The nation's 16 federal states are currently reporting deaths inside and outside hospitals as a single number, to the country's public health body, the Robert Koch Institute (RKI). Gender, age and underlying medical conditions are also provided to RKI. Work on a breakdown between hospital and non-hospital deaths is underway but this information is not yet available.

At 2.7 percent Germany has a low death rate when compared to other European nations, although the rate has been climbing in recent weeks. Health officials have noted the spread of COVID-19 in care homes which could help explain the rising mortality rate. In Germany, 87 percent of all deaths, but only 18 percent of all cases, occur in those over 70-years-old.

Germany's case numbers include those who died "of" COVID-19, and those who died "with" the disease, in accordance with the Infection Protection Act. Or as RKI head Lothar Wieler puts it, "a corona death is someone who was proven to have a coronavirus infection." Which is not the same as actually dying from it. Making Germany's relatively low figures all the more impressive.

As of Friday, the government changed the way it calculates the number of deaths and infections after confusion between the country's different regions over the best way to record the numbers.

On Friday Spain's Health Ministry revised the number of total fatalities citing what they described as "a discrepancy" in the figures supplied by an unnamed region.

The central government says its coronavirus data gathering would now include people who have died in residential care homes, but only if they had previously tested positive for COVID-19.

Regions like Catalonia and Madrid - two of the worst affected areas in the country - have been including figures provided by funeral homes as well as care homes, and are counting victims who've shown COVID-19 symptoms but haven't tested positive for the disease.

The discrepancy is contributing to the overall confusion over the death rates. In the words of Madrid's vice president, "we'll never know the real number who've died during this tragedy."

A nurse dresses up to enter the intensive care unit of the COVID-19 department of the Policlinic of Tor Vergata in Rome. /Mauro Scrobogna/LaPresse via AP

A nurse dresses up to enter the intensive care unit of the COVID-19 department of the Policlinic of Tor Vergata in Rome. /Mauro Scrobogna/LaPresse via AP

On the surface Belgium's figures - over 4,800 deaths in a country of 11.5 million - seem like a bleak outlier, their average of around 419 per one million people would give them the second highest rate in the EU.

Earlier in the week the country's Prime Minister Sophie Wilmes explained that Belgium was committed to "full transparency when communicating deaths linked to COVID-19." The country's official tallies include those that are suspected to have died of the virus in 1,500 care homes, despite testing not necessarily taking place.

"In Europe, no country counts like the others. We have the most detailed method," Maggie De Block, health minister, told news broadcaster LN24.

Like Germany, France's official data - since March 31 - includes COVID-related deaths in care homes. The most recent figures published on April 15 by the Ministry for Health, declared a total of 17,167 deaths caused by the virus, of which 8,479 (49.4 percent) were residents in care homes.

The British government has come under increasing pressure to acknowledge care home deaths in their daily reports. The current rates, recorded by the UK's Department of Health and Social Care and NHS England, have so far only included hospitalised COVID-19 deaths. The figure, as of April 17, stood at 14,576.

In response the government has begun releasing data of deaths in "all settings." The figures aren't up to date but record that for the week ending April 3, the number of people recorded to have died in care homes was 3,769, a 50 percent increase on the 2,489 recorded in the previous week.

The UK's health secretary, Matt Hancock, admitted on Friday that he had a "high degree of confidence" that the number and proportion of COVID-19 deaths in care homes was higher than reported, adding: "I'll wait for the official statistics to understand it." 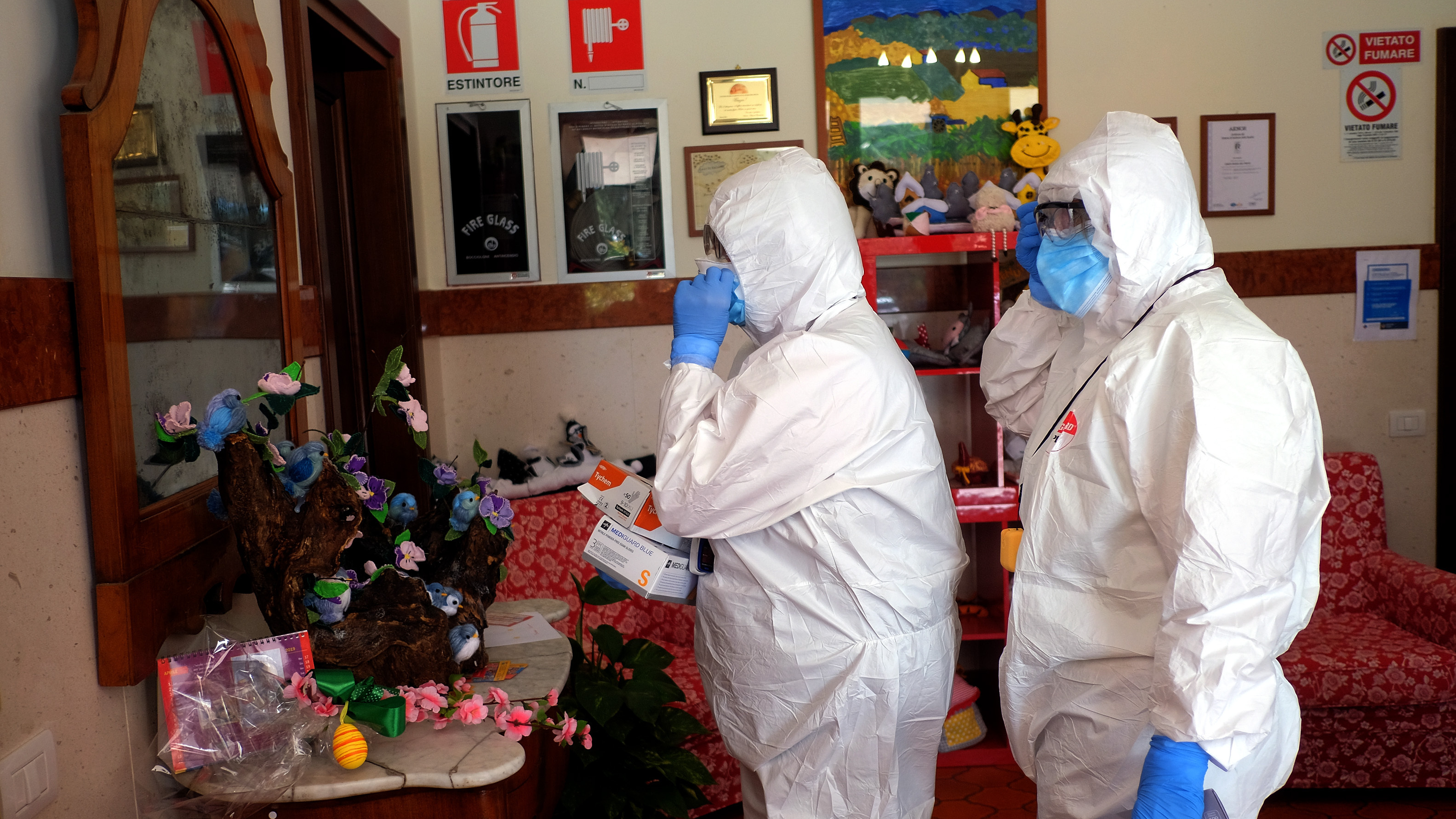 Despite older people and those with underlying health issues being more at risk of COVID-19 there are reports mounting of thousands of deaths in care homes across Europe many of which are not being reported by the respective countries' official data.

If deaths are going underreported then the scale of the pandemic is being underestimated, potentially impairing the public perception of the outbreak and hampering efforts to fight it.