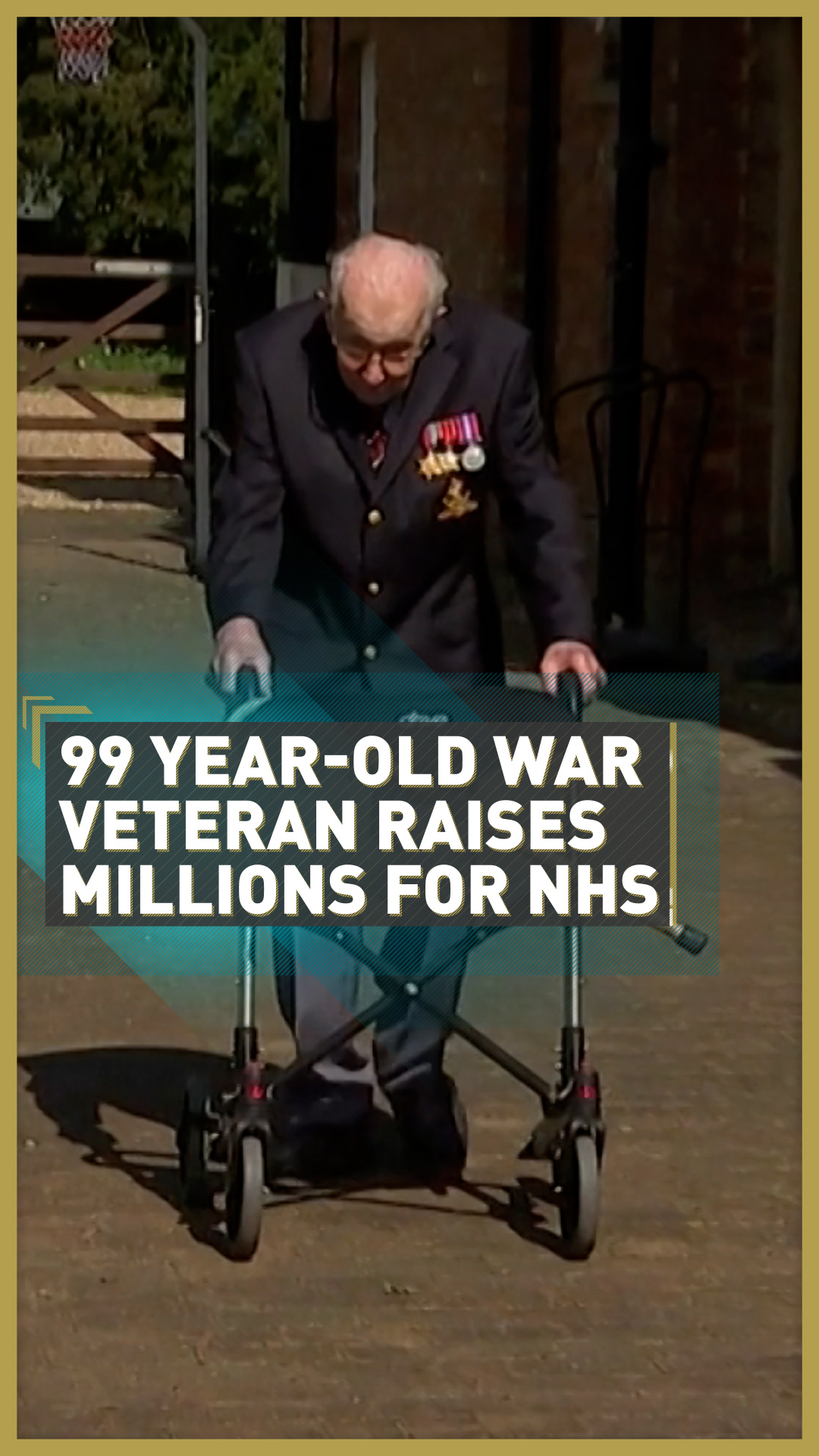 A World War II British army veteran has raised millions for the UK's National Health Service (NHS) by walking around his house.

Now, Captain Tom's JustGiving page has so far raised over $22 million with it expected to rise further as his story continues to inspire people across the world. 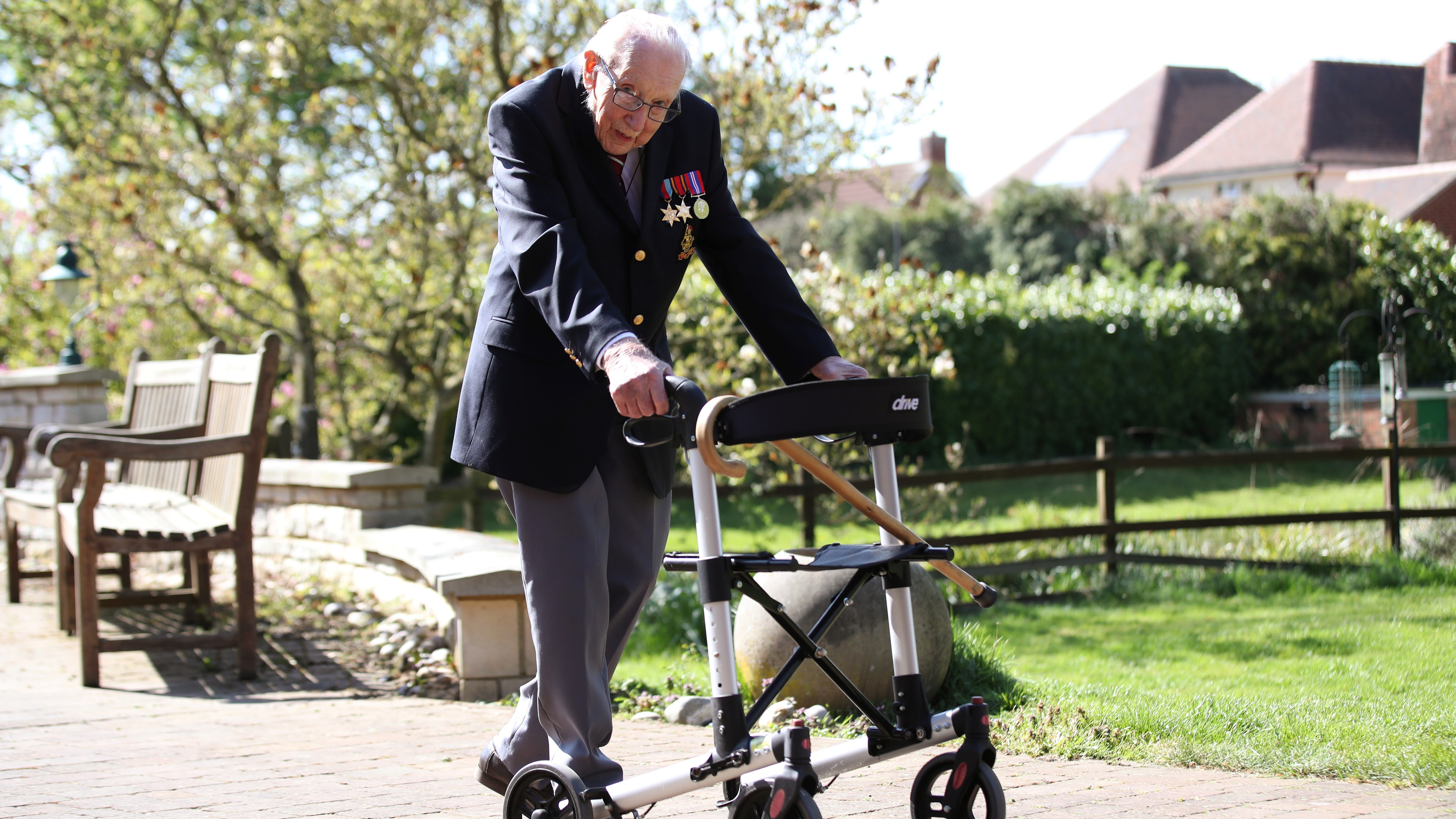 Captain Tom Moore has so far raised over $22 million for the NHS. /Reuters

Captain Tom Moore has so far raised over $22 million for the NHS. /Reuters

The NHS is something that the 99-year-old holds very close to his heart, having had his own health scares in the past.

Moore told CGTN Europe: "I broke my hip and was in hospital. I had cancer in my head and had treatment from them and all the time the treatment I've had was absolutely amazing.

All of them are so good, so kind, so thoughtful and so efficient that it was certainly almost brings tears to my eyes when I think how good they are." He added.

What's next for Captain Tom?

After completing his 100 laps, people may think Captain Tom has done his bit. but no, he has said he will continue to walk so long as the donations keep coming in, even after he turns 100.

Messages of support have flooded in from all over the world, including from Prince William and his wife Kate Middleton who called him a "one-man fundraising machine". 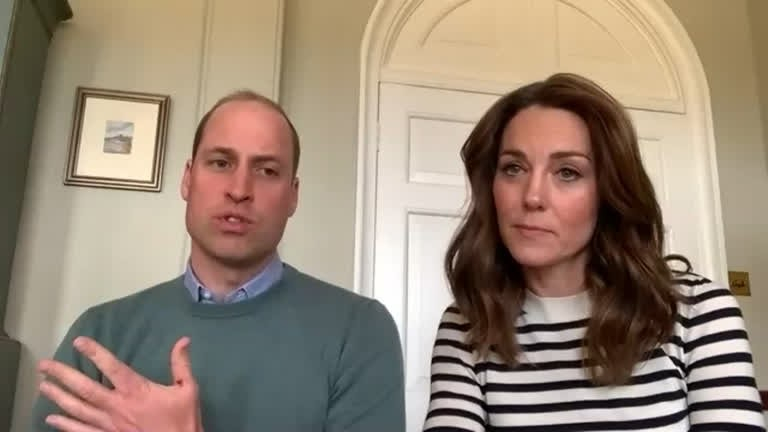 After serving in World War II, Captain Tom has drawn similarities between then and the situation we are fighting now.

"I suspect it is similar now that we have an enemy that we are up against, the enemy we've got unfortunately, is invisible. You can't get out, You can't thump it one, you can't spend a bullet. National service doctors and the services. They are the equivalent to our frontline army. We've got to go and back up people just as it was in the war.

"You had all the backup services provided ammunition, food, transport, all the things that you need to Backup. And our National Health, doctors and nurses, they need backup. They've got to have people coming up behind providing them with all the goods that they need just to keep up their service because they are so brave. All those people out there in the front." Said the former army Captain. He completed the 100 laps of his garden on Thursday. But Captain Tom isn't stopping there. /Emma Sohl/Capture The Light Photography

He completed the 100 laps of his garden on Thursday. But Captain Tom isn't stopping there. /Emma Sohl/Capture The Light Photography

His daughter, Hannah Ingram-Moore explained just how proud she was of her father and thanked everyone for their 'incredible' support"

"We've been on a ten day journey that has been simply...well, I think words in the English language, as broad and as deep as it is, don't really describe it." She added.