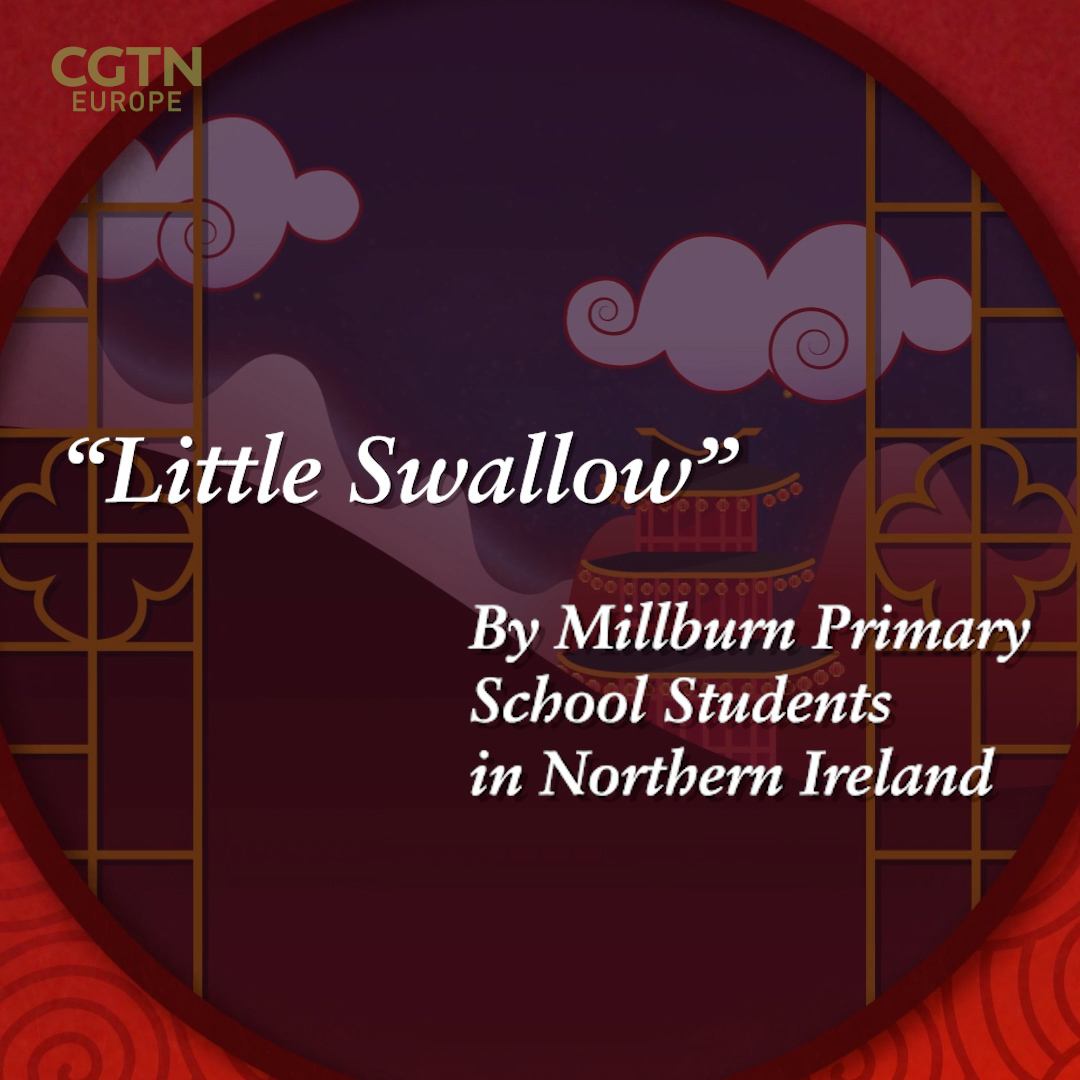 In a small town in Northern Ireland, more than 8,000 kilometers from Beijing, Chinese New Year is being enthusiastically welcomed by a group of schoolchildren with a powerful connection across the world.

Millburn Primary School in Coleraine has an exceptional language program for young students that has earned its international reputation. In 2020, the children won over the hearts of people across China with a message of solidarity over the pandemic.

And last year, a video message in Chinese celebrating the Beijing Winter Games was viewed by millions on western and Chinese social media.

To mark the start of the Year of the Rabbit, the children sang a Chinese folk song called 'Little Swallow' and sent it to CGTN Europe.

The voice of children is a very powerful voice, and will bring the world together.
-  Sharon Lamont, Head teacher, Millburn Primary School

Millburn Primary School works in partnership with the Confucius Institute at Ulster University in Belfast, the only one of its kind in Northern Ireland. Thanks to the institute's teachers, children start speaking Mandarin at the age of just four.

"Bringing Mandarin into school for Chinese language and Chinese culture is an easy decision," said Sharon Lamont, the school's headteacher, "if you think of the number of people who can speak Mandarin, (the students) will be positively engaging with Mandarin speaker when they get to the age of looking for a job."

The Spring Festival, which begins at the start of the Chinese New Year, is the most important traditional Chinese festival, during which people celebrate a year's hard work and pray for next year's harvest.