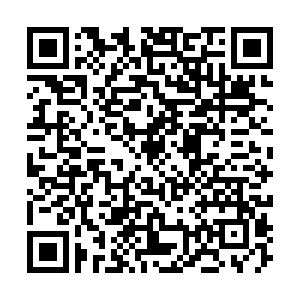 'El Ano de Conejo', or the Year of the Rabbit, was brought in with a bang in Madrid, as the Spain's Chinese community bade farewell to the winter and welcomed the New Year as part of their Spring Festival celebrations.

Festivities took place around Madrid, but the biggest party was in the city's unofficial Chinatown in Usera, home to the largest concentration of Chinese people in the capital.

The community in Madrid has doubled in size over the last 15 years, with now over 60,000 Chinese residents living there.

That's made this year's planning, especially after the hiatus on festivities due to COVID-19, all the more important.

"We have to make a good job with the celebration – the drums, the fireworks, dragons and lions – so that we remove all the monsters, bad energy and bad luck from everyone," says Juania Wang, the Chinese Cultural Promotion President in Madrid.

The Lunar New Year celebrations date back thousands of years and are a chance for family and friends to get together to enjoy traditional food, music and dance.

And as Spain's Chinese community has grown, so has the number of Spanish cities that host such events, with locals also becoming more involved.

"It's starting to become also a celebration for Spain – many places in Valencia, in Madrid, in Barcelona, so it's great," said one bystander.

The festivities feel even more important this year as 2023 marks 50 years since diplomatic relations began between Beijing and Madrid.

Economically, the partnership is thriving. China is Spain's largest non-EU trading partner, with a combined trade worth of around $10 billion a year.

It's also the first time since the arrival of the pandemic that the Chinese community have been able to take to the streets to celebrate together.

Many will be hoping, alongside the diaspora around the world, that the Year of the Rabbit will bring some much needed good fortune, peace and prosperity.