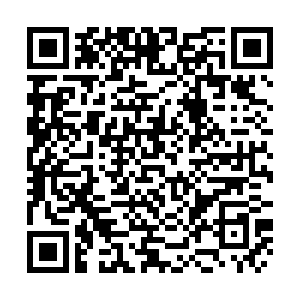 "All Shaolin Kung Fu practices are to find your heart," Shaolin monk Shi Yanxu said. Bruno Tombolato has found his heart, as Master of Shaolin Kung Fu and co-director of Madrid's Shaolin Cultural Center with his wife Melissa Lin.

He's from Argentina, she's from China, and they run one of Spain's best-known Chinese cultural centers. Bruno has dedicated over 20 years to Shaolin philosophy which promotes physical strength and mental wellbeing through practices globally known as Zen, Qigong, and of course - Kung Fu.

"A sound mind lives inside a sound body," goes an old Chinese proverb, and Shaolin Kung Fu is one of the most spectacular expressions of that idea.

With Chinese New Year celebrations fast approaching the Shaolin Cultural Center and its students in Madrid are preparing to perform in front of thousands of people in the center of Madrid.

"I began practising martial arts aged eight and since then I've been in love with Chinese culture," Tombolato tells CGTN.

"But Shaolin isn't just Kung-fu; it holds the secrets to Chinese culture. "It leads you to a path of self-discovery where you can really find yourself and be at peace with yourself and everything around you."

The Shaolin Cultural Center in central Madrid has trained hundreds of people in martial arts, Chinese philosophy and more.

Now they're getting ready to put on a show in Madrid as part of the 2023 Chinese New Year Spring Festival, with a Shaolin Kung Fu demonstration the main attraction.

This is a scene being repeated across Europe with around two and a half million Chinese people living on the continent, some 40,000 of those in Madrid alone.

Shaolin Kung Fu demonstrations will be part of the celebrations./ CGTN

Shaolin Kung Fu demonstrations will be part of the celebrations./ CGTN

Over the next few weeks expect to see vibrant theater and musical performances, parades featuring dragon and lion dances performing to sound of gongs, music and cymbals.

And of course, a chance to try some Chinese delicacies - maybe even a tea ceremony. In Madrid, Melissa Lin has been performing Chinese tea ceremonies for years.

"A tea ceremony is an ancient Chinese art form," she tells CGTN. "It isn't just about drinking tea, it's a way of life, a moment just for you.

"It's like an introduction to ancient Chinese wisdom, a cultural exchange between Chinese and Spanish people so we can understand each other better."

The center has grown in stature over the past few years and in November was visited by Shaolin monks from China who gave guest classes to lucky students here in the Spanish capital.

Now with excitement building for the Chinese New Year celebrations, Chinese cultural beacons like this one will be busier than ever.