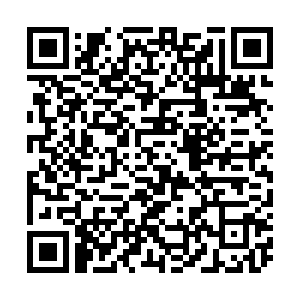 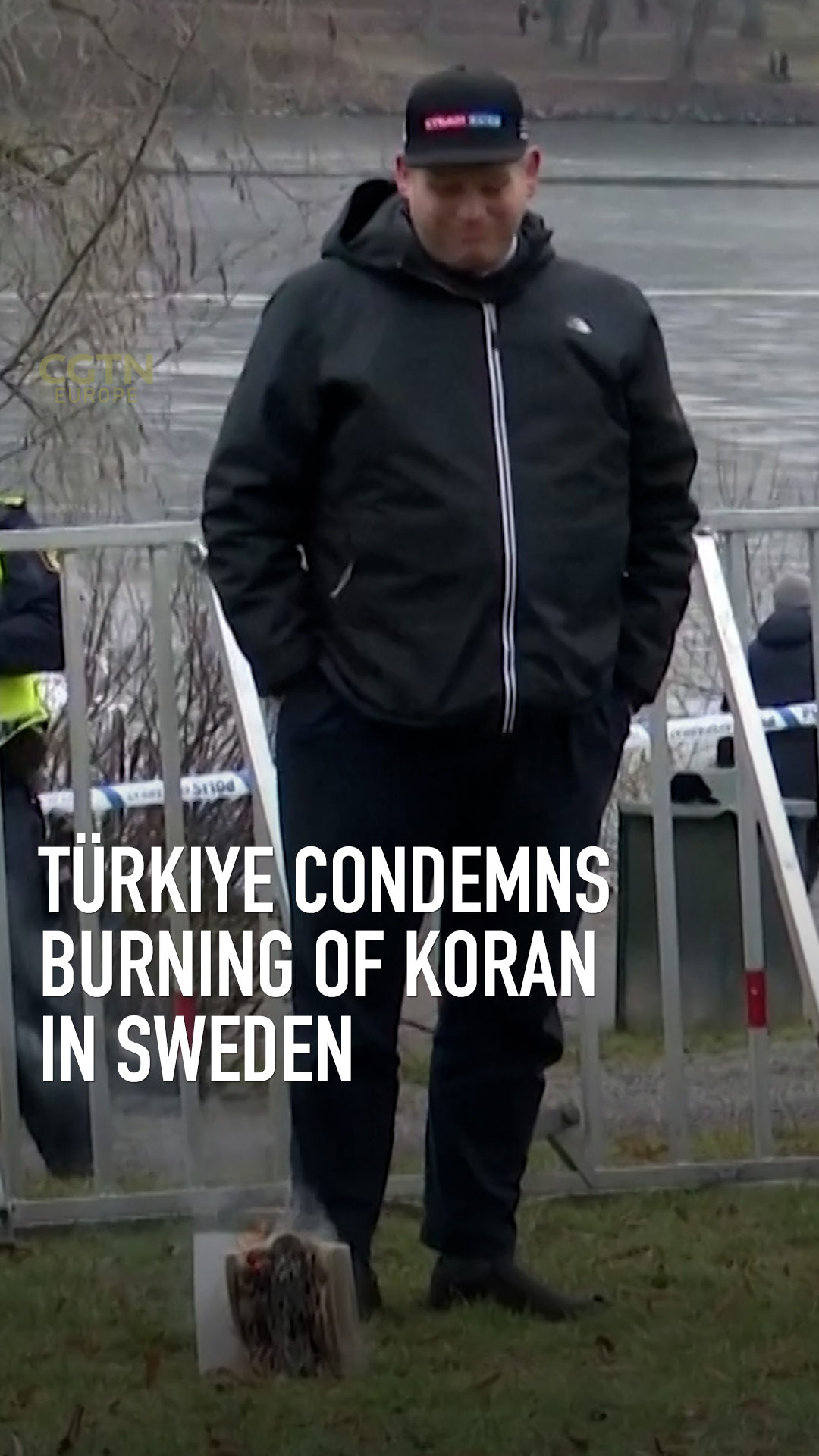 Demonstrations in Stockholm against Türkiye and Sweden's bid to join NATO, including the burning of a copy of the Koran, have escalated tensions between the Nordic country and Ankara, whose approval Sweden needs to join the military alliance.

"We condemn in the strongest possible terms the vile attack on our holy book," the Turkish Foreign Ministry said. "Permitting this anti-Islam act, which targets Muslims and insults our sacred values, under the guise of freedom of expression is completely unacceptable."

Its statement was a response to a far-right politician burning a copy of the sacred Muslim text near the Turkish Embassy in Sweden's capital.

The Turkish ministry said Sweden should take action against the perpetrators, adding that all countries needed to take steps to meaningfully tackle Islamophobia.

A separate protest also took place in Stockholm in support of Kurds, who critics say Sweden is selling out in its bid to convince Türkiye to allow it to join the military bloc.

A group of pro-Turkish demonstrators also held a demonstration outside the embassy, while protesters in Istanbul burnt a Swedish flag.

Swedish Foreign Minister Tobias Billstrom said that Islamophobic actions were appalling. "Sweden has a far-reaching freedom of expression, but it does not imply that the Swedish government, or myself, support the opinions expressed," Billstrom said on Twitter. 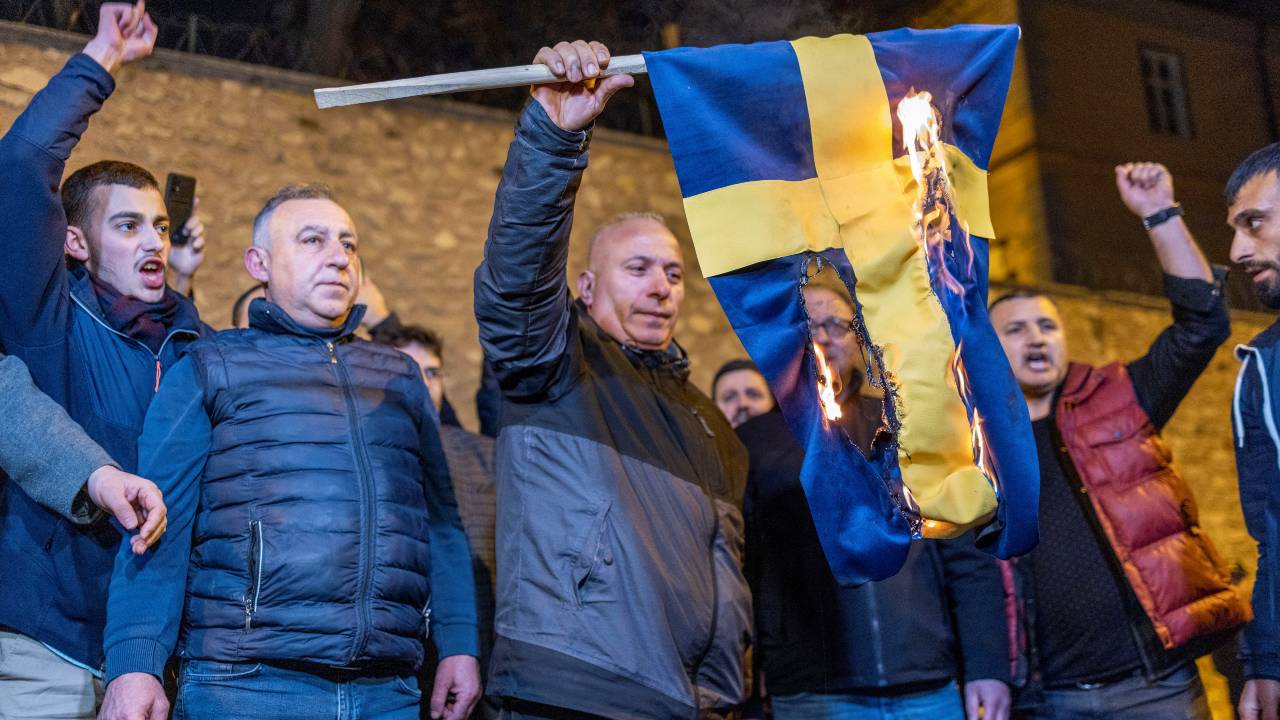 Protesters in Istanbul burned a Swedish flag after a Danish far-right politician burned a copy of the Koran in Stockholm. /Umit Bektas/Reuters

Protesters in Istanbul burned a Swedish flag after a Danish far-right politician burned a copy of the Koran in Stockholm. /Umit Bektas/Reuters

The Koran-burning was carried out by Rasmus Paludan, leader of Danish far-right political party Hard Line. It is not the first time that Paludan, who also has Swedish citizenship, has carried out such actions at his demonstrations.

In the permit for his protest obtained from police, it said the rally was held against Islam and what it called Turkish President Tayyip Erdogan's attempt to influence freedom of expression in Sweden.

Several Muslim-majority countries including Saudi Arabia, Jordan and Kuwait hit out at the Koran-burning. "Saudi Arabia calls for spreading the values of dialogue, tolerance, and coexistence, and rejects hatred and extremism," the Saudi Foreign Ministry said.

Sweden and Finland jointly applied in 2022 to join NATO following the start of the Ukraine conflict.

However, they need all 30 member states to approve their bids, and Türkiye has been reticent to give the green light, accusing both but particularly Sweden of protecting activists it considers to be terrorists. That includes members of the pro-Kurdish movement and a group it blames for a 2016 coup attempt.

Helsinki and Stockholm signed a three-way deal with Ankara in response last year aimed at overcoming its objections. Sweden says it has fulfilled its part of the agreement but Türkiye is demanding more, including the extradition of 130 people it considers to be terrorists. 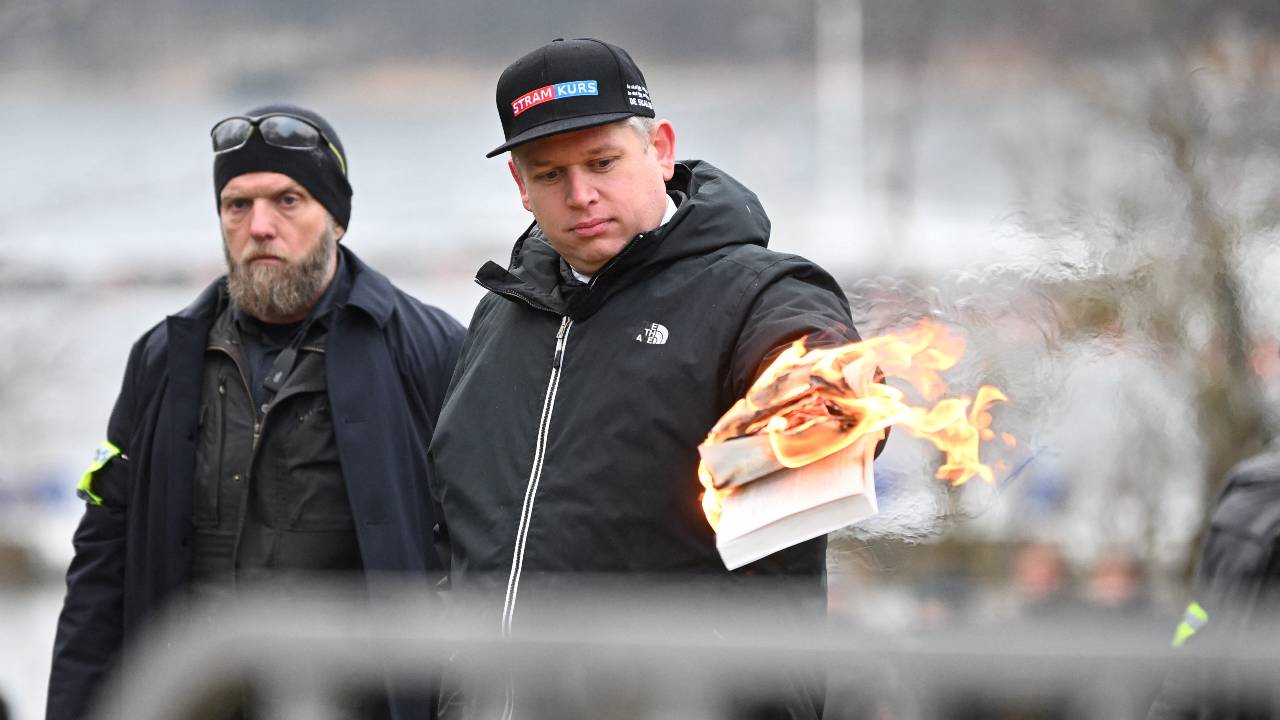 At the demonstration to protest Sweden's NATO bid and to show support for Kurds, speakers held banners reading "We are all PKK" referring to the separatist Kurdistan Workers Party that is outlawed in Türkiye, Sweden, and the United States among other countries.

"We will continue our opposition to the Swedish NATO application," said Thomas Pettersson, spokesperson for Alliance Against NATO and one of organizers of the demonstration.

Meanwile at a protest in response to the Koran burning in Istanbul, demonstrators burned a Swedish flag in front of the Swedish consulate. 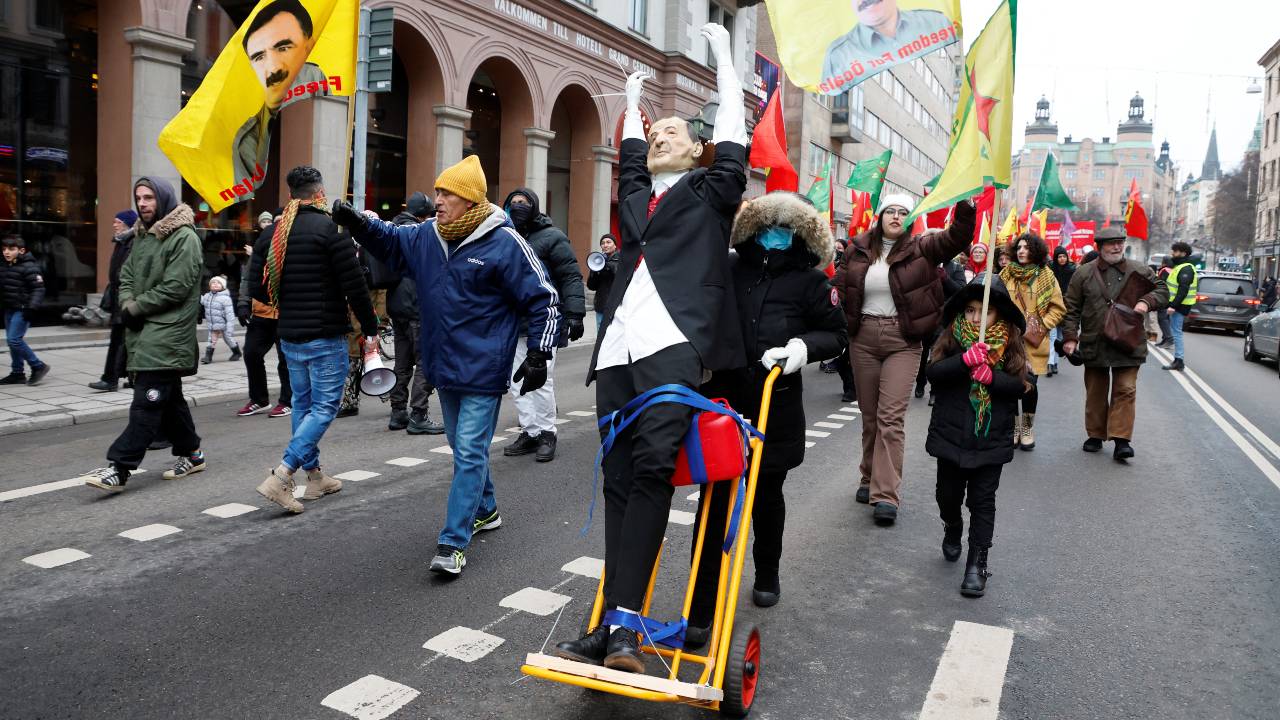 On Saturday, Türkiye said that due to lack of measures to restrict such protests, it had canceled a planned visit to Ankara by the Swedish defense minister.

Turkish Defense Minister Hulusi Akar said he had discussed with Erdogan the lack of measures to restrict protests in Sweden against Türkiye and had conveyed Ankara's reaction to his Swedish counterpart at the recent meeting of the Ukraine Defense Contact Group.

"It is unacceptable not to make a move or react to these (protests). The necessary things needed to be done, measures should have been taken," Akar said, according to a statement by Turkish Defense Ministry.