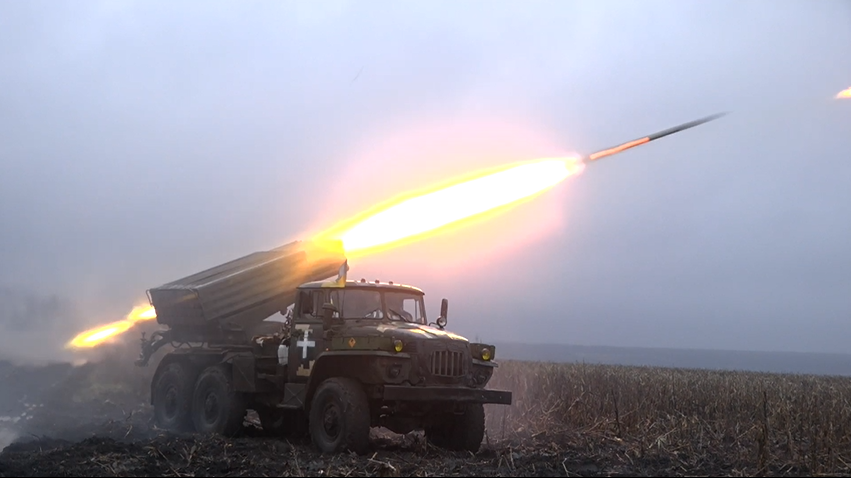 The ceasefire called for a 36-hour period of paused Russian offensives from midday last Friday until midnight on Saturday.

Speaking in Russian in order to appeal to Russia's people, Ukraine's President Volodymyr Zelenskyy responded to the ceasefire suggestion with skepticism and disdain.

Why Russia and Ukraine have fought for months over Bakhmut

The Ukrainian governor of the front-line eastern Luhansk province, Serhiy Haidai, said that in the first three hours of the purported ceasefire the Russians had shelled Ukrainian positions 14 times and stormed one settlement three times.

"Orthodox murderers wish you a merry Christmas," he wrote on the Telegram messaging app. Plumes of smoke rise from a Russian strike during the 36-hour ceasefire, in the frontline Donbas city of Bakhmut, Ukraine. /Clodagh Kilcoyne/Reuters

Plumes of smoke rise from a Russian strike during the 36-hour ceasefire, in the frontline Donbas city of Bakhmut, Ukraine. /Clodagh Kilcoyne/Reuters

Russia said the truce was announced for humanitarian purposes so that Orthodox Christians could celebrate Christmas, but Ukraine insisted Russian troops shelled dozens of positions and settlements along the front line on Saturday, when the truce was meant to be in effect.

On Tuesday the Kremlin said that Ukraine and the West had reacted "cynically" to the proposed ceasefire.

"We met with a cynical reaction from Kyiv and a number of Western leaders," Kremlin spokesman Dmitry Peskov told reporters in a daily briefing.

The fight to gain ground carries on until further notice.