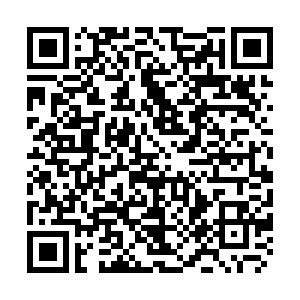 A woman looks at the site of a missile strike in Kramatorsk on January 8. /Clodagh Kilcoyne/Reuters

A woman looks at the site of a missile strike in Kramatorsk on January 8. /Clodagh Kilcoyne/Reuters

Russia claims to have killed "more than 600 Ukrainian servicemen" in the eastern Ukrainian city of Kramatorsk as a "retaliatory strike" for the deaths of 89 soldiers who died in Makiivka.

However, details about the attack following the end of the Russian Christmas ceasefire were quickly rejected by the Ukrainian forces.

The Russian defense ministry called it a "retaliatory strike," saying "more than 600 Ukrainian servicemen were killed" in the attack on Kyiv troops stationed in two buildings in Kramatorsk used as barracks.

"This information is as true as the data that they have destroyed all of our HIMARS," he told the Suspilne media outlet, referring to U.S.-supplied rocket systems.

The Russian defense ministry did not say when exactly the strike had taken place but said that intelligence had "over the past 24 hours" confirmed the points of temporary deployment of Ukraine's armed forces in Kramatorsk. More than 1,300 Ukrainian troops were housed in two buildings, Moscow claimed.

At least four explosions were heard before midnight in Kramatorsk in the eastern region of Donetsk, according to the AFP agency.

He said that "an educational institution, an industrial facility and a garage cooperative" had been damaged and that there were no casualties.

In a New Year's attack, Ukraine struck a building in the occupied eastern town of Makiivka being used as a barracks.

Russia conceded 89 troops had died, in what was the worst single reported loss from a Ukrainian strike. Ukraine claimed the toll was several hundred.

Vladimir Putin ordered a 36-hour ceasefire to allow Orthodox Christians to mark Christmas which is celebrated on January 7 in Russia and Ukraine. The unilateral ceasefire ended at 11:00 p.m. in Kyiv on Saturday.