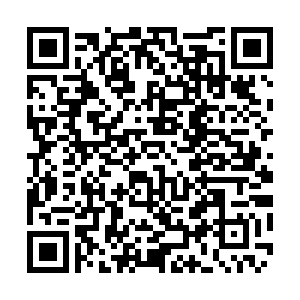 Sweden has warned that it cannot meet demands made by Türkiye that will unblock its application to join NATO.

Prime Minister Ulf Kristersson said that the decision whether to approve his country's bid to join the bloc is now in Ankara's hands.

The government of Turkish President Recep Tayyip Erdogan has been using its vote as a NATO member to delay the applications by both Sweden and Finland to join the alliance.

The Nordic nations abandoned their long history of military non-alignment by applying to join NATO in May 2022. The policy reversal came after Russia's military campaign in Ukraine began in February, which sparked widespread security fears in the Nordic and Baltic regions.

How to join NATO

Despite threats from Russian President Vladimir Putin over potential negative consequences, Finland and Sweden launched their formal bid to join NATO at the bloc's Madrid summit in June.

But the application has been opposed from the outset by Türkiye. Ankara has accused the two Nordic states of harboring groups it accuses of terrorism.

It is seeking the extradition of 33 individuals it claims have links to the outlawed Kurdistan Workers Party and the Gulenist "Cemaat" movement, an Islamic sect that Türkiye's AKP holds responsible for the failed military coup of 2016.

In late June 2022, Finland and Sweden signed a three-way agreement with Türkiye aimed at overcoming Ankara's objections to their membership. Concessions included the lifting of an embargo on weapons exports, imposed after Türkiye's 2019 military offensive in Northern Syria, and new assurances over anti-terrorism measures at home.

However, both Sweden and Finland have stressed that extradition attempts for its citizens must be subject to judicial process.

In December, the supreme court in Stockholm blocked a bid to return the former editor of Türkiye's Zaman newspaper. The court said the accusations against Bülent Keneş did not constitute crimes in Sweden which, along with his refugee status, made extradition impossible.

And now, speaking at a defense conference in Sweden, Prime Minister Kristersson said the matter had now hit an impasse.

"Türkiye has confirmed that we have done what we said we would do, but it also says that it wants things that we can't, that we don't want to, give it," he said, adding "We are convinced that Türkiye will make a decision, we just don't know when."

Meanwhile Finland has hinted it is awaiting an outcome in Sweden's bid before proceeding.

"Finland is not in such a rush to join NATO that we can't wait until Sweden gets the green light," Foreign Minister Pekka Haavisto, told reporters in Helsinki.

There has been no response from Türkiye, amid signs that the date for planned parliamentary and presidential elections may now be brought forward to April or May.