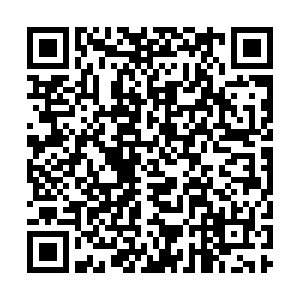 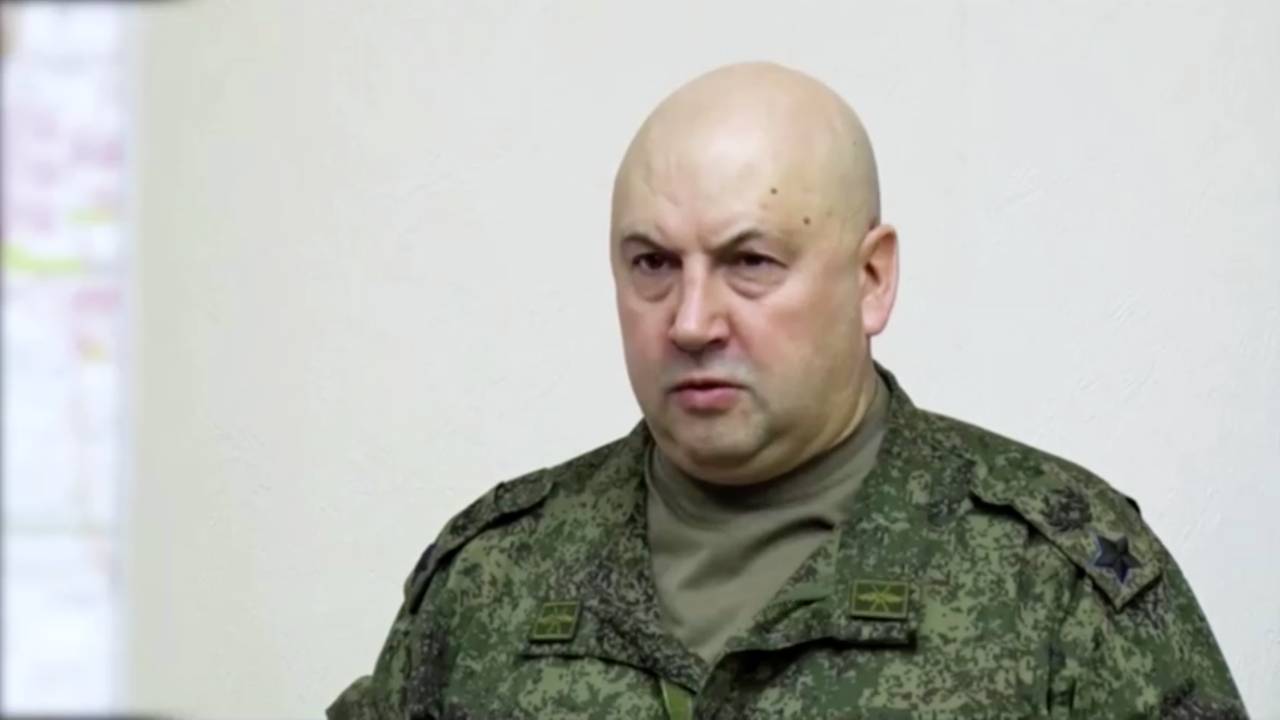 · Russia has ordered the withdrawal of its troops from the occupied Ukrainian city of Kherson, Defence Minister Sergei Shoigu has announced, one of Moscow's most significant retreats and a potential turning point in the war.

· Russian General Sergei Surovikin, in overall command of the war, said it was no longer possible to keep Kherson supplied, proposing instead to take up a defensive position along the eastern bank of the Dnipro River.

· The main bridge on a road out of Kherson has been blown up, collapsing into the water of a tributary of the Dnipro River, though it is not known how or by whom the bridge was destroyed.

· Russian-installed authorities have confirmed the death of deputy head of the Russian occupation administration in Kherson, Kirill Stremousov, saying he was killed in a car crash.

· A senior adviser to Ukraine's president responded by saying it was too early to talk about a troop pullout from the southern city. "Until the Ukrainian flag is flying over Kherson, it makes no sense to talk about a Russian withdrawal," Mykhailo Podolyak said.

· Ukraine will not give up "a single centimeter" in battles for control of the eastern Donetsk region, President Volodymyr Zelenskyy said in his late night address. He added while Russia wanted to press its advance in eastern Ukraine, Moscow's forces were "suffering extraordinarily high losses."

· Ukraine has doubled down on its refusal to enter negotiations with Russia, saying they could only start again once Moscow gave up all claims to Ukrainian territory, taking the position that it would continue to fight on even if it is "stabbed in the back" by its Western allies.

· However, a senior presidential adviser said Ukraine had never refused to negotiate with Russia and was ready for talks with its future leader, but not with Vladimir Putin. His comments followed reports that the U.S. is pushing Kyiv to reopen negotiations.

· Eastern European countries are readying to reopen refugee centers in anticipation of a possible fresh surge in Ukrainian refugees ahead of winter and as Russia targets Ukraine's power grid and heating plants. READ MORE BELOW

· Around 4 million people were left without power in 14 regions of Ukraine and in the capital of Kyiv on Tuesday, Zelenskyy said, "but the majority of them are so under prearranged schedules," he added.

· Hollywood actor Sean Penn, who has been sanctioned by Moscow for criticizing its attack on Ukraine, loaned his Oscar statuette to President Zelenskyy while on a visit to Kyiv. 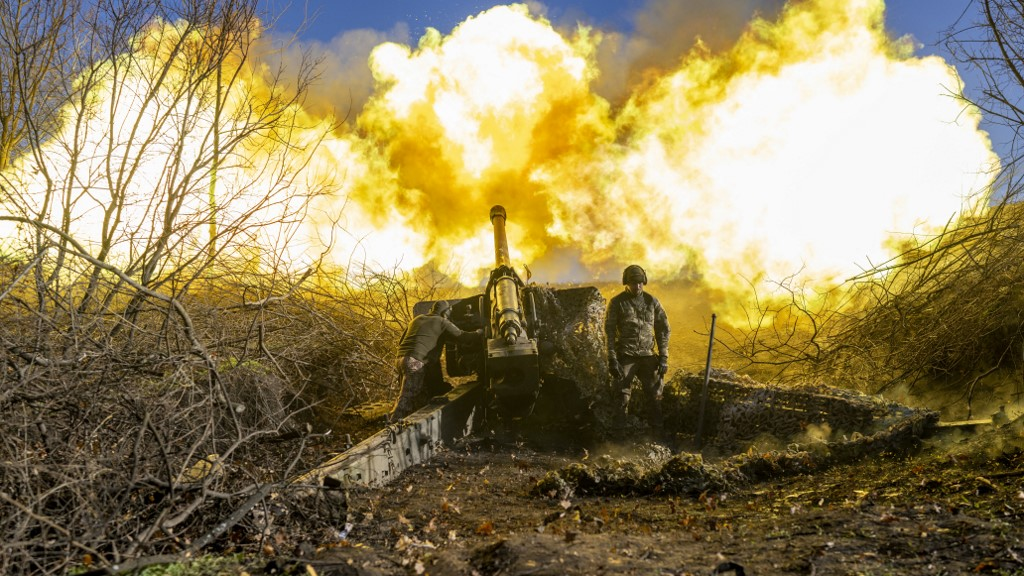 Ukraine President Volodymyr Zelenskyy has vowed that Kyiv will not give up 'a single centimeter' in the eastern Donetsk region. /Bulent Kilic/AFP

Ukraine President Volodymyr Zelenskyy has vowed that Kyiv will not give up 'a single centimeter' in the eastern Donetsk region. /Bulent Kilic/AFP

Russia pulls out of Kherson city

"Begin to pull out troops," Shoigu told a meeting with Russia's commander in Ukraine, Sergey Surovikin.

The commander had proposed the "difficult decision" of pulling back from Kherson and setting up a defense live on the left bank of the Dnipro River.

Kherson city was the major city captured by Russia during its "special military operation" and the only regional capital controlled by Moscow's forces since the offensive began on February 24.

Kyiv has for weeks been capturing villages en route to the city near the Black Sea as Kremlin-installed leaders in the wider region have been pulling out civilians.

READ MORE: Why Kherson's so important

A Ukrainian victory in the Black Sea region would cut off the land bridge that the Kremlin established from Russia to the Crimea, the peninsula which Moscow annexed in 2014. It would also return Ukraine important access to the Sea of Azov.

Surovikin told Shoigu that some 115,000 people had been removed from the right bank of the Dnipro, which includes the city.

"We have done everything possible for our part to ensure their safety during the evacuation," Surovikin said in a report broadcast on the state-run Rossiya-24 television channel.

Earlier on Wednesday, officials said the Moscow-installed deputy head of the Kherson region, Kirill Stremousov, died in a car crash. 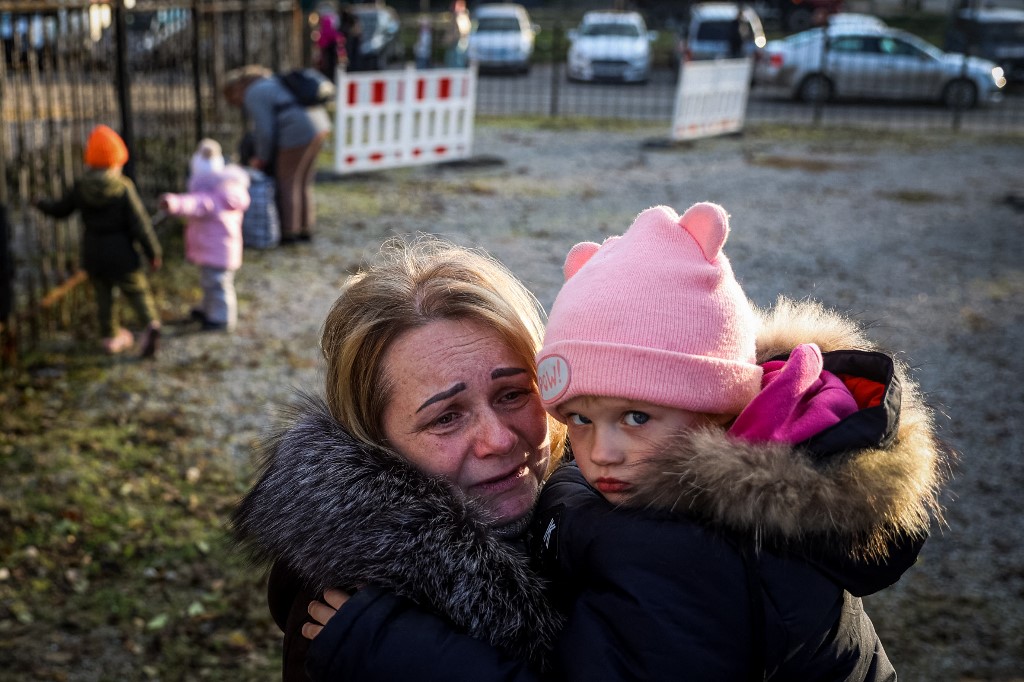 Eastern European countries are preparing to reopen refugee centers in anticipation of a possible fresh surge of refugees. /Anatoli Stepanov/AFP

Eastern European countries are preparing to reopen refugee centers in anticipation of a possible fresh surge of refugees. /Anatoli Stepanov/AFP

Eastern European countries are readying for a potential new wave of Ukrainian refugees as Russia's targeting of power and heating plants ahead of the country's harsh winter season is expected to push more and more Ukrainians out of the country.

President Volodymyr Zelenskyy said in his late night address on Tuesday that around 4 million people were already without power, with 14 regions plus the capital Kyiv without power.

Moscow has targeted Ukraine's energy infrastructure with missiles and drone strikes in the run up to winter, when average temperatures typically drop to several degrees below zero degrees Celsius. Lows can go down to minus 20 degrees Celcius.

Some 6.9 million people are already thought to be displaced internally within Ukraine. Now east European countries such as Slovakia and Hungary are preparing for a new influx in the run up to the harsh winter months.

After large numbers of Ukrainians fled the country following the launch of Russia's attack on February 24, the number of refugees heading west out of Ukraine went down in late spring.

There has been no major increase in numbers this autumn but charities say there are now signs of more people readying to cross the borders.

"An increase in numbers is being felt, and is expected. It is currently up 15 percent," said Roman Dohovic, an aid coordinator for the eastern Slovak city of Kosice.

"We are being called by people who are already staying in Kosice and looking for accommodation for family members and acquaintances who are still in Ukraine."

Kosice has helped with accommodation for about 60 people daily in recent weeks but says it preparing to raise that to 1,000 within 48 hours if needed.