Download
Why Kherson's so important, as Russia orders pullout from the key city
CGTN 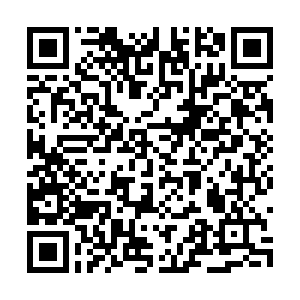 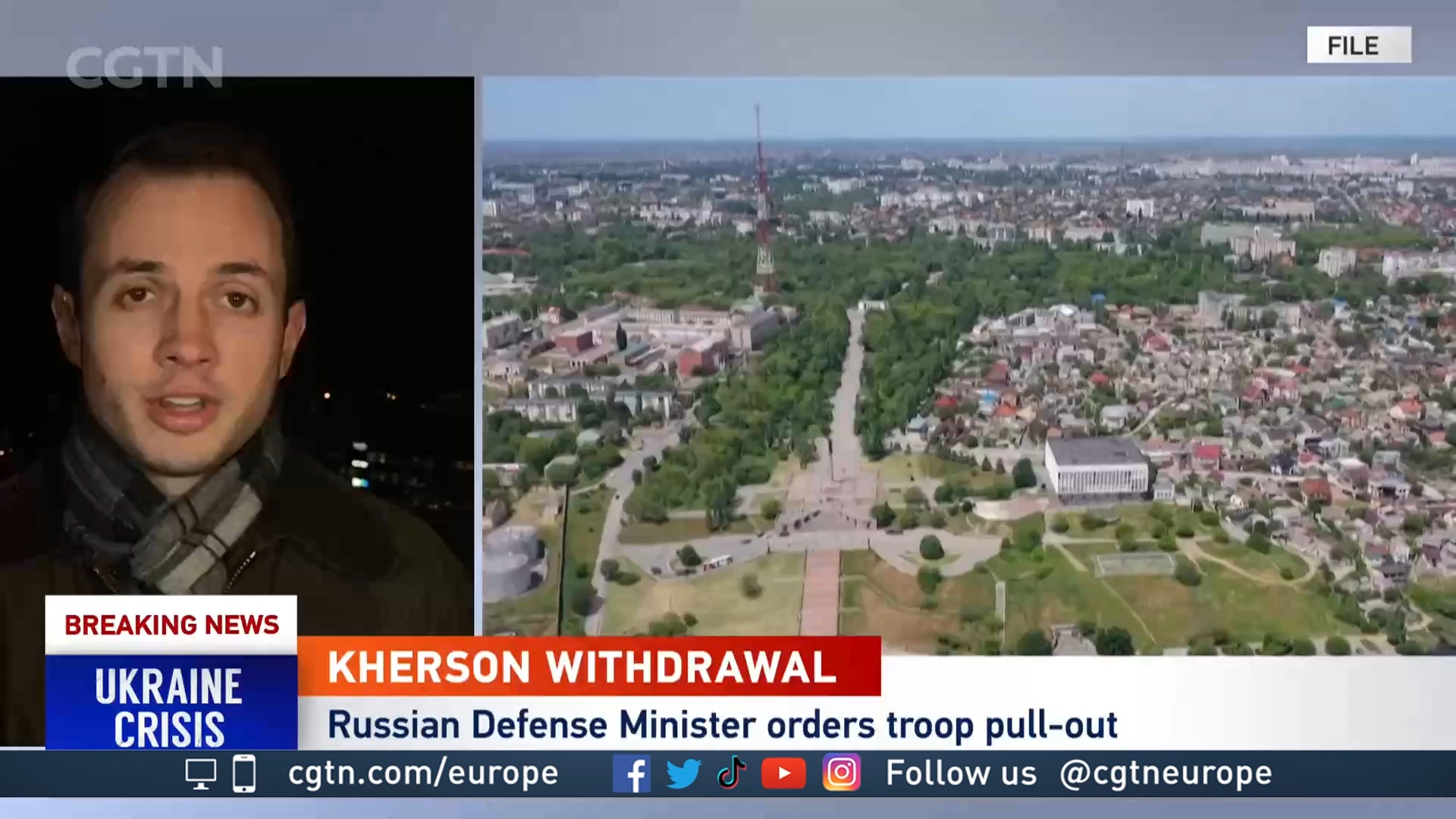 Russian Defense Minister Sergei Shoigu on Wednesday ordered his troops to withdraw from the occupied Ukrainian city of Kherson and take up defensive lines on the opposite bank of the River Dnipro.

The announcement marked one of Russia's most significant retreats and a potential turning point in the war, now nearing the end of its ninth month.

In televised comments, General Sergei Surovikin, in overall command of the war, said it was no longer possible to keep Kherson city supplied.

"We will save the lives of our soldiers and fighting capacity of our units. Keeping them on the right (western) bank is futile. Some of them can be used on other fronts," Surovikin said.

The news followed weeks of Ukrainian advances towards the city and a race by Russia to relocate tens of thousands of its residents.

Shoigu responded: "I agree with your conclusions and proposals. Proceed with the withdrawal of troops and take all measures to transfer forces across the river."

The announcement had been anticipated by Russia's influential war bloggers, who described it as a bitter blow.

"Apparently we will leave the city, no matter how painful it is to write about it now," said the War Gonzo blog, which has more than 1.3 million subscribers on Telegram. "In simple terms, Kherson can't be held with bare hands," it said. "Yes, this is a black page in the history of the Russian army. Of the Russian state. A tragic page."

A senior adviser to Ukraine's president said it was too early to talk about a Russian troop pullout from the city of Kherson.

"Until the Ukrainian flag is flying over Kherson, it makes no sense to talk about a Russian withdrawal," Mykhailo Podolyak said in a statement.

An aerial view of the city of Kherson. /Andrey Borodulin/AFP

An aerial view of the city of Kherson. /Andrey Borodulin/AFP

Why is Kherson is so important?

Moscow has occupied Kherson at the start of its attack on Ukraine in February, and losing control of the region would mark a significant setback for President Vladimir Putin. The region is strategically important for the course of Russia's war in Ukraine.

Kherson region borders Crimea and provides Moscow with a land bridge to the Black Sea peninsula that it seized from Kyiv in 2014. Ukraine retaking swathes of Kherson region would deprive Moscow of that land corridor. It would also bring long-range Ukrainian artillery closer to Crimea, which Moscow sees as vitally important to its interests.

The peninsula, whose absorption Putin sees as a key achievement of his more than two decades in power, is home to a huge Russian military force and the Black Sea Fleet, which Moscow uses to project power into the Mediterranean and the Middle East.

After Moscow seized Crimea, Kyiv blocked water supplies via a canal from the Dnipro River. When Russia seized chunks of Kherson region and neighbouring Zaporizhzhia region to the east, it immediately moved to unblock the canal. Russia needs that water for the local population, the irrigation of the peninsula's arid land and for numerous military facilities. 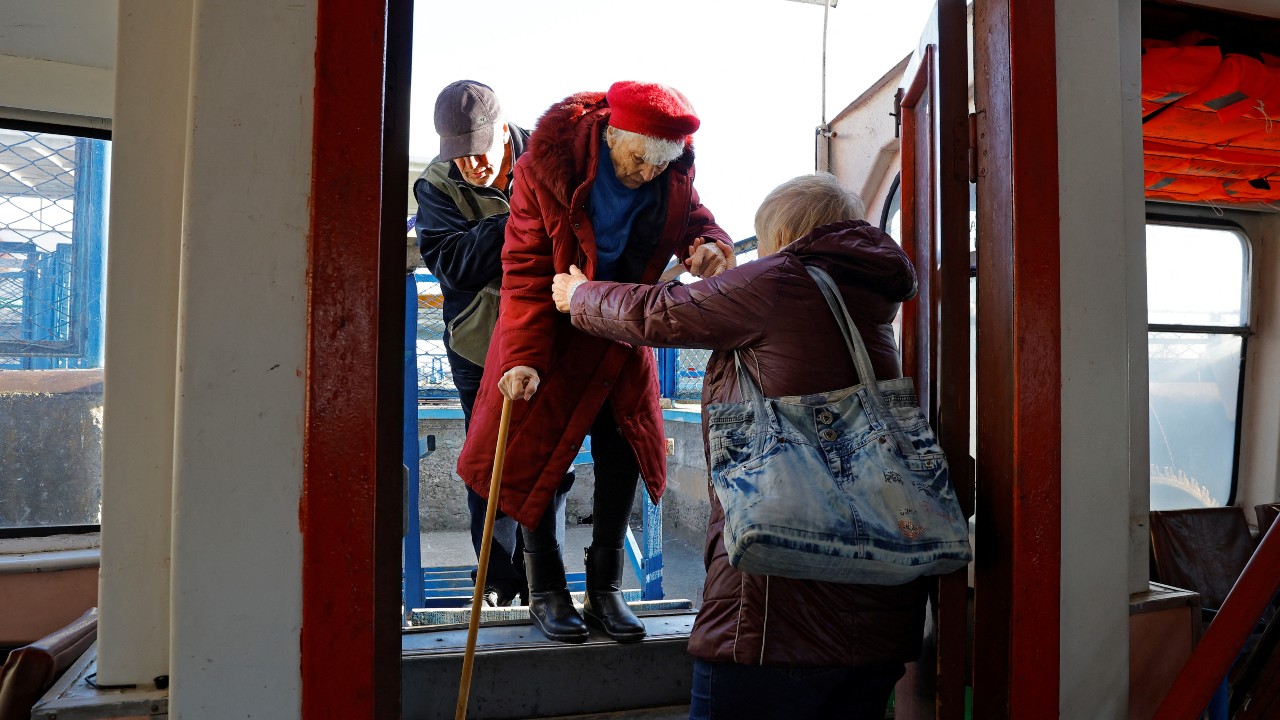 People board a ferry during the evacuation of Kherson residents. /Alexander Ermochenko /Reuters

People board a ferry during the evacuation of Kherson residents. /Alexander Ermochenko /Reuters

Kherson region includes the mouth of the wide Dnipro River that bisects Ukraine, and the regional capital, Kherson city, is on the west bank, across the river from most of the rest of the province. It is the only place where Russia has a presence on the west bank of the river and Russia has heavily reinforced its troops there in recent months.

Ukrainian forces have been hammering the bridges over the river to hurt Moscow's ability to resupply. If Russia were to lose its only foothold on the west side of the river, Ukraine would be better able to attack other Russian supply lines and challenge Moscow's grip on other occupied parts of the south, such as Zaporizhzhia region where Russian troops occupy a nuclear power plant, military analysts say.

"The right (west) bank is important for both sides – for (Russia) in order to ensure the steadiness of the defence of the Zaporizhzhia direction, and for (Ukraine) to free this direction and cut off these three important arteries: the land corridor to Crimea, the water to Crimea and to return control of the (nuclear plant)," said Oleh Zhdanov, a military analyst.

The city of Kherson is to date the only regional capital that Russian forces have captured since the attack on Ukraine began in February. Losing it would therefore be a major symbolic blow to the Kremlin and indicate Russia had - for now - failed to press ahead to the cities of Mykolaiv and Odesa whose capture Moscow had sought, said Oleksander Musiyenko, a military analyst.

"It's clear the loss of Kherson and the Kherson bridgehead will have consequences for Russia's image and will be viewed negatively inside Russia," he said.

The Kherson region, which had a pre-war population of more than 1 million, lies on the Black Sea. Recapturing it would help Kyiv wrest back control of some of the coastline along a sea that is a critical artery for its food exports to foreign markets.