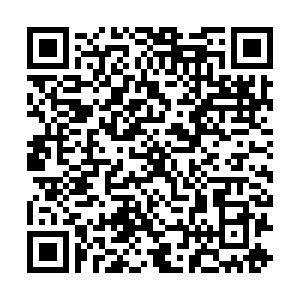 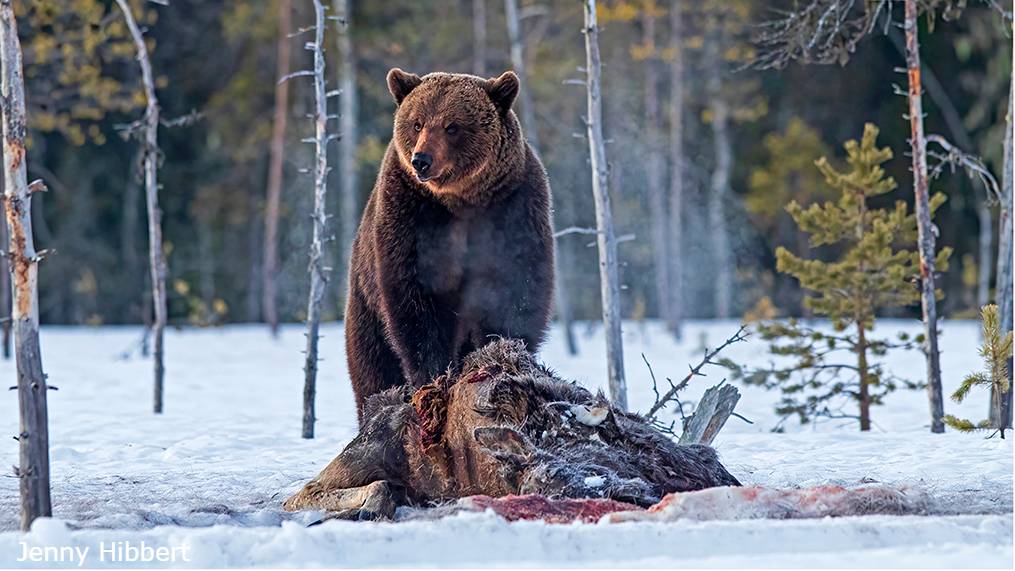 From friendly feathers in Wales to growling beasts in Finland, Jenny Hibbert has got within inches of a mauling by a starving brown bear and chased off a beach by a polar bear. She's now dreaming of American grizzlies and pandas in China.

Life as a photographer has taken her all around the world and it's not always been a calm vocation.

The 71-year-old grandmother of 10, currently exhibiting her photos in Swansea, Wales, learned that snacks and photography don't always mix.

"Brown bears were coming out of hibernation and they get very very hungry!" Jenny said about a trip to Finland in 2010.

"One of them came into my hide because one of the holes for the camera lens wasn't zipped up. This bear was stood up outside, trying to get his paw through. It was so scary. He could smell my chocolate and they love chocolate! I was lucky but you have to be so careful." 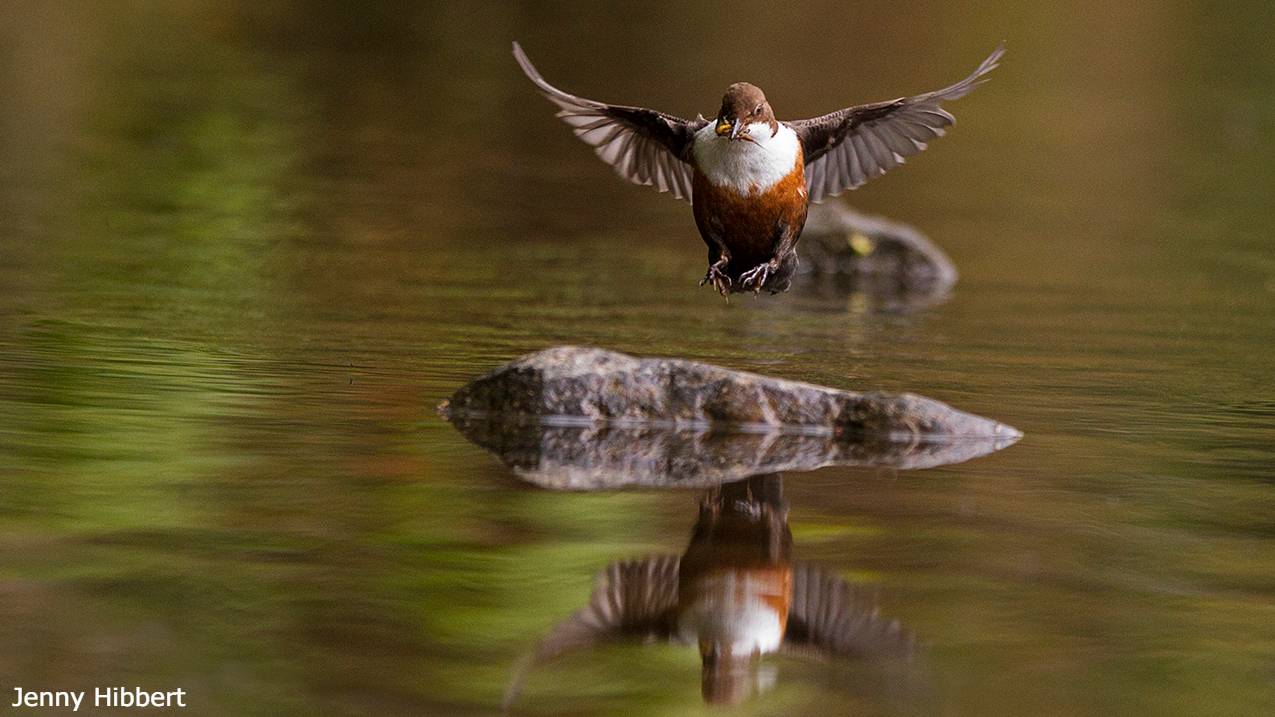 Watching dippers was Jenny's first inspirations as a nature photographer

Watching dippers was Jenny's first inspirations as a nature photographer

Photography has been a huge passion since she was 11 when her dad gave her a small camera for Christmas. She took pictures on holiday and of her family and at the age of 62, she bought her first digital camera.

"My photography has grown massively over the last 15 years," she added. "After my mum died and going through a messy divorce, I threw myself into it and taking photos helped take my mind off everything. I've just gone on from there."

She has travelled the globe and endured gruelling conditions to find the perfect shot. She even walked 19 miles a day in temperatures below -35 Celcius across Mongolia to photograph animals and Kazakh children. 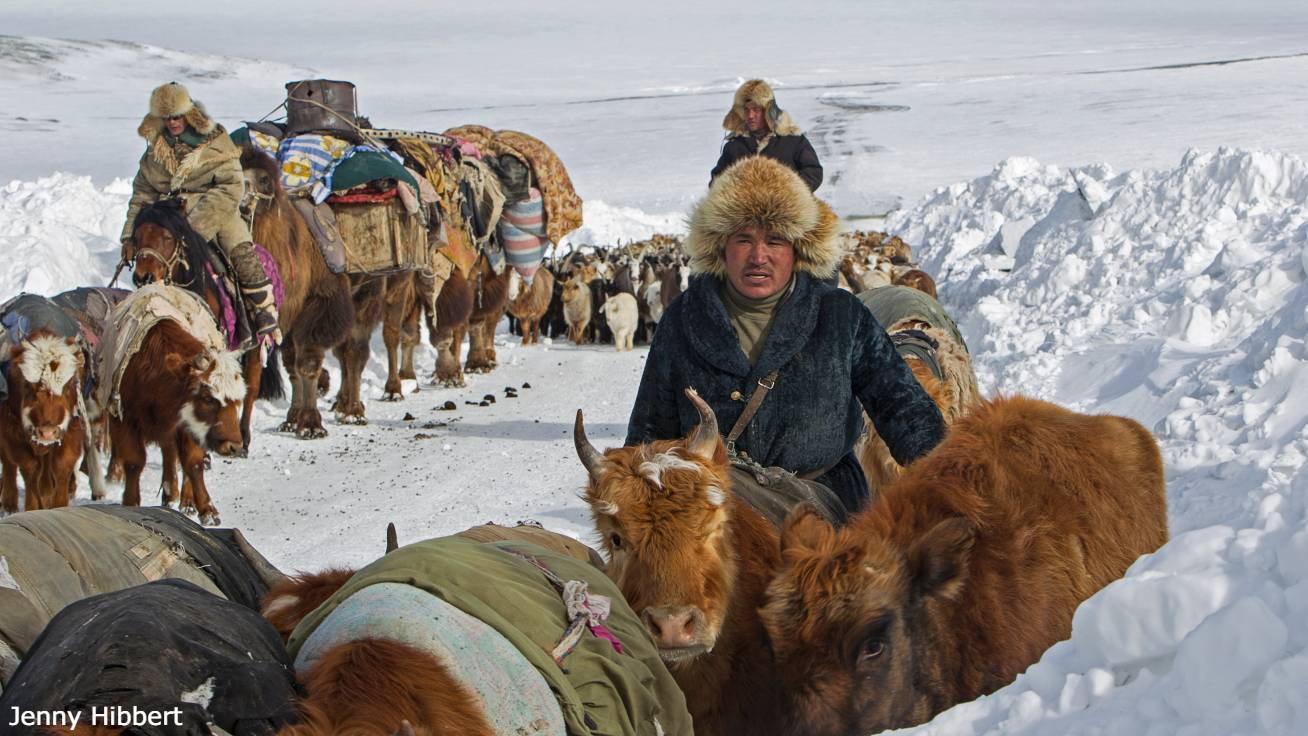 Jenny had to deal with some testing conditions in Mongolia

Jenny had to deal with some testing conditions in Mongolia

Jenny seems to have quite the knack for attracting big hairy animals. She returned to Finland in April this year and captured one of her favourite images, although it didn't happen without some effort.

"I'd been in the hide for 16 hours," she said. "I was sleeping and there are never guarantees any bears will turn up. I woke up and looked outside to see a bear just standing there guarding a moose it had killed.

"It was such a magical moment and I grabbed my camera and took some photos. It was so cold and every time the bear opened its mouth you saw his breath coming out. I couldn't have hoped for better timing and the light was perfect so it all came together."

A trip around the Arctic in a yacht also proved lively.

"We'd been stuck on the boat for seven days and after finally getting on land we were soon chased off the beach by a polar bear," Jenny said.

"We all ran for our lives. It wasn't easy because I had been struggling with sciatica and we were running over rough ground. Normally you take your time but we just chucked our tripods and equipment straight on to the boat, so that was fun! When we got back to the yacht anyway!" 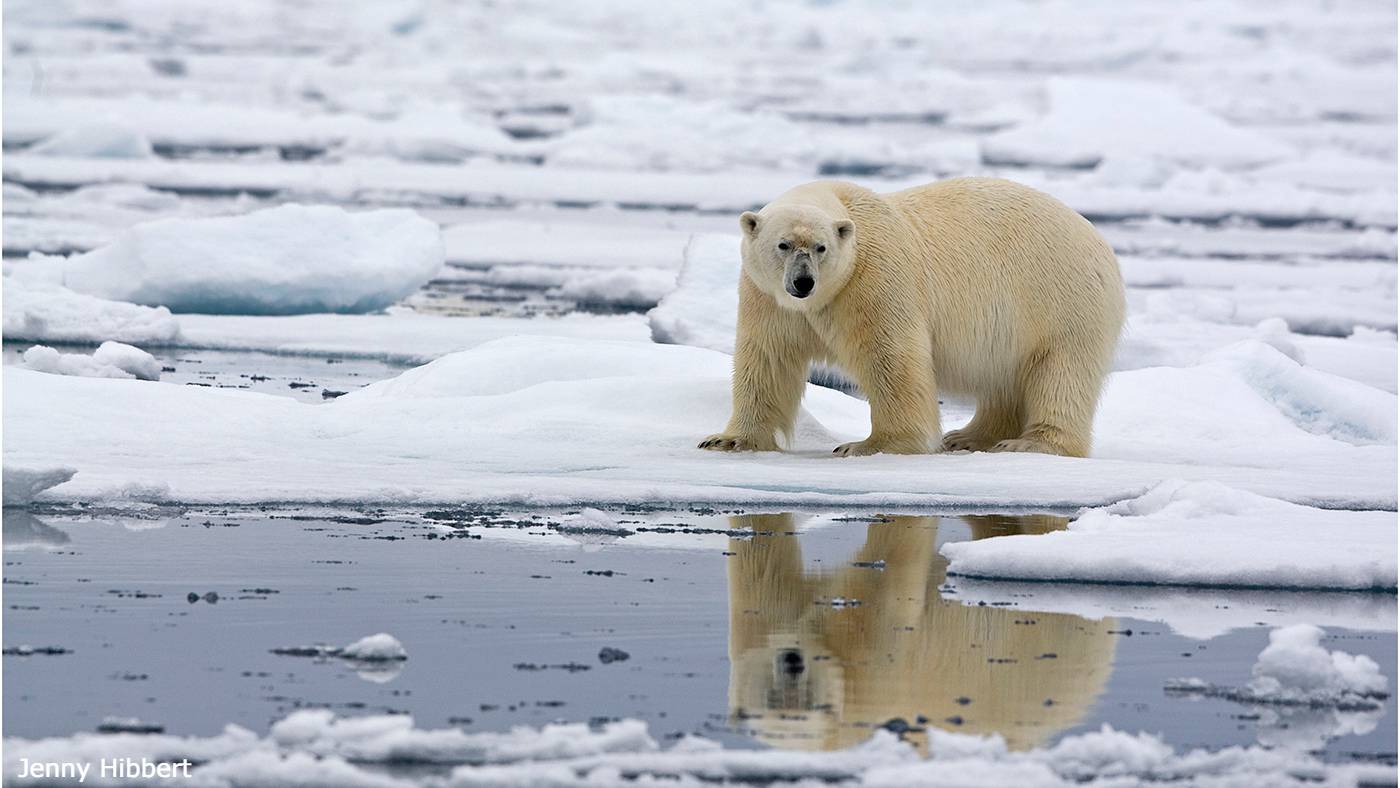 What's next then for the fearless photographer?

"I would love to go to Yellowstone National Park in the United States in the winter," she said. "I'd love to photograph the bison, buffalo and wolves. I love wolves. It would be a very expensive trip so probably won't happen but you never know.

"I would also love to go to China and take photos of panda bears. My daughter and husband have seen the pandas there and they have told me I just have to go. That would be absolutely lovely."

You can see some of Jenny's photographs in Swansea at the Photographic Alliance of Great Britain's Inter-Federation Exhibition. It's at the Quadrant Shopping Centre and due to popularity has just had its stay extended until August 12.

More details on the exhibition here 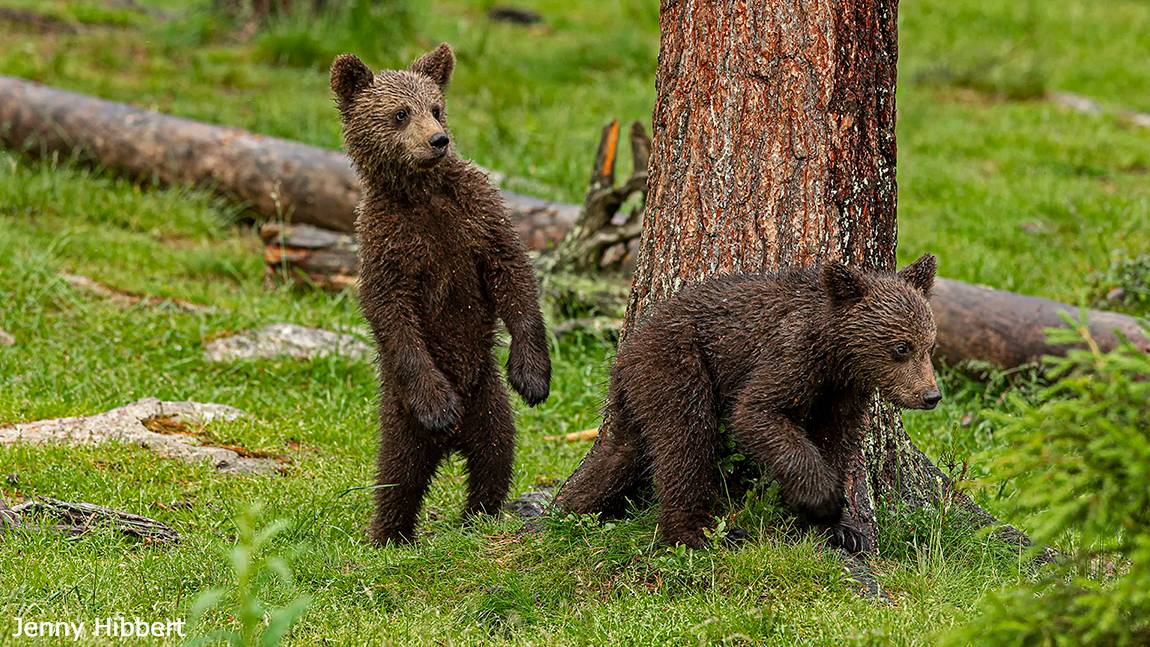 Caution is needed when photographing these creatures

Caution is needed when photographing these creatures 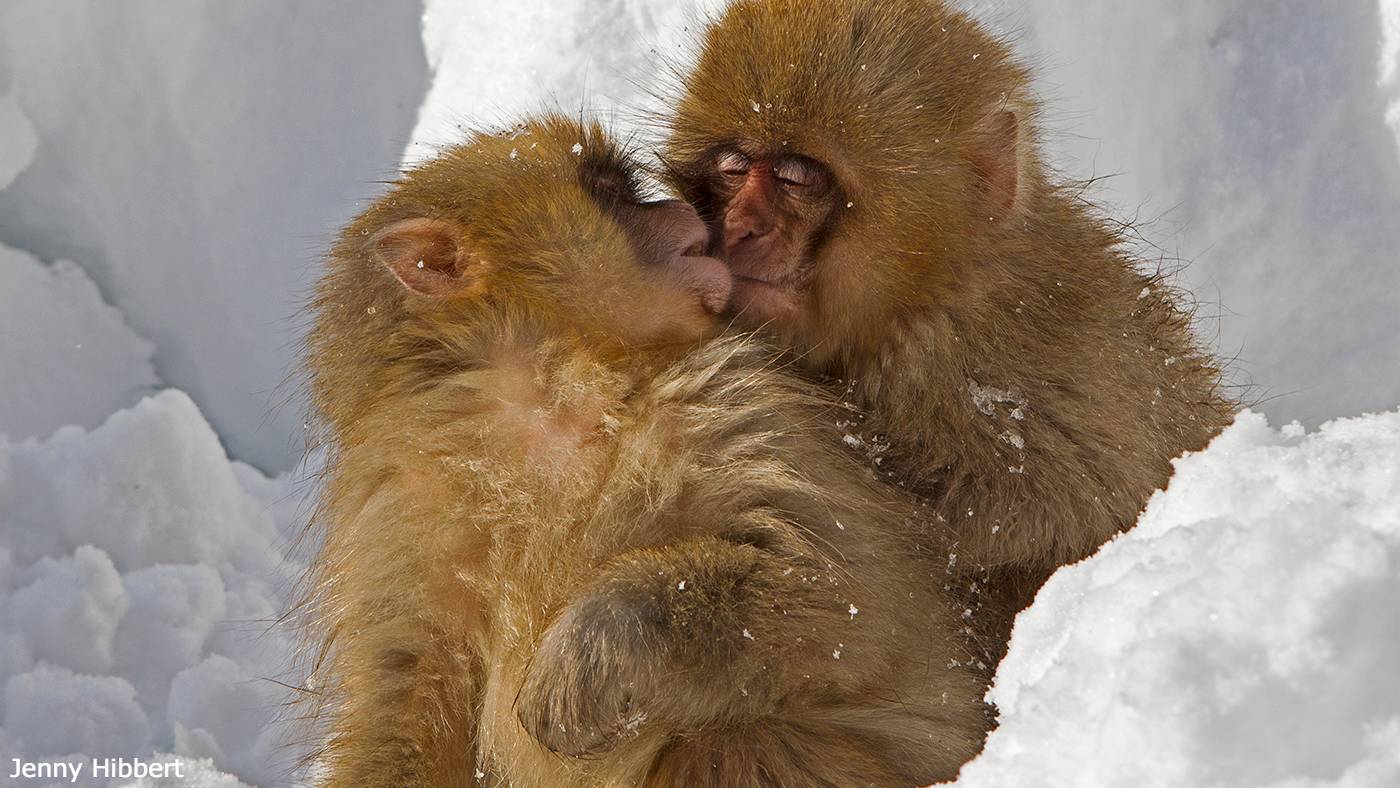 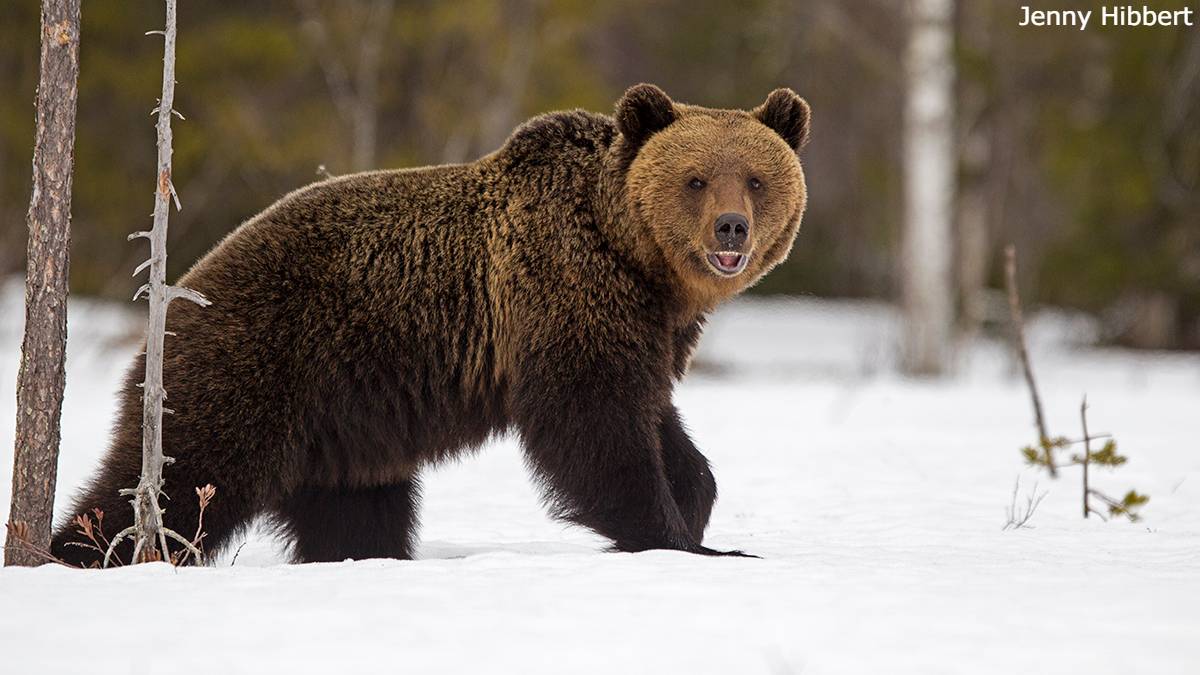 Courage, patience and luck are all qualities needed to be a top photographer

Courage, patience and luck are all qualities needed to be a top photographer