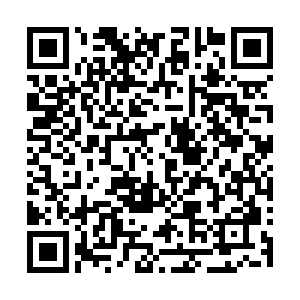 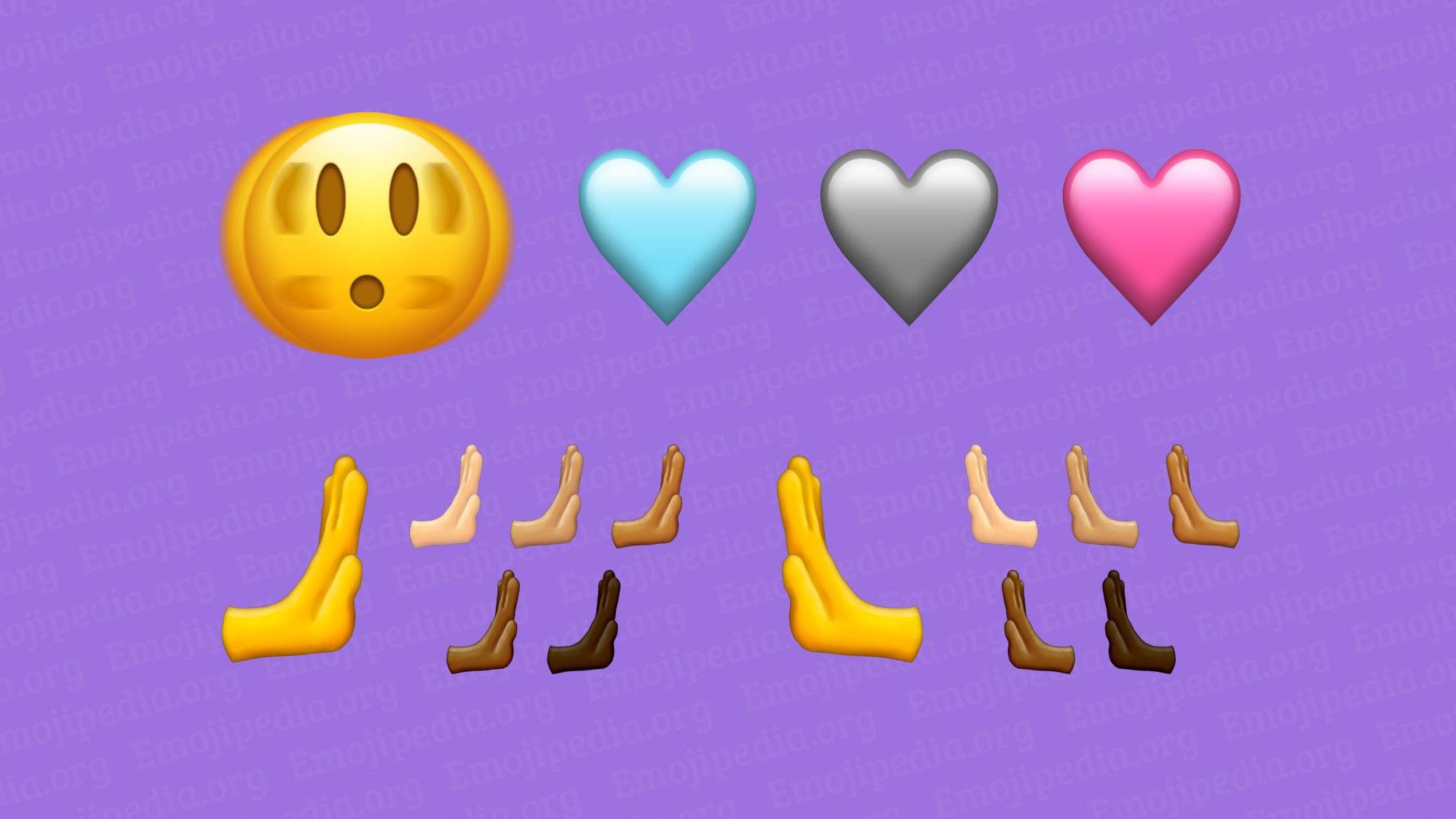 Some of the new draft emoji designs created by Emojipedia. /Emojipedia

Some of the new draft emoji designs created by Emojipedia. /Emojipedia

What do a shaking head, a jellyfish, and a Khanda have in common? They're among the eagerly awaited annual batch of emojis that may be available to adorn our future social media interactions.

Ahead of World Emoji Day on July 17, Emojipedia – the world's foremost emoji dictionary – has released its sample images for approval in September 2022.

It's the eighth year that the company has provided sample emoji designs ahead of their official arrival on our keyboards.

Most draft candidates are subsequently approved. Indeed, every emoji previewed last year made the final cut. 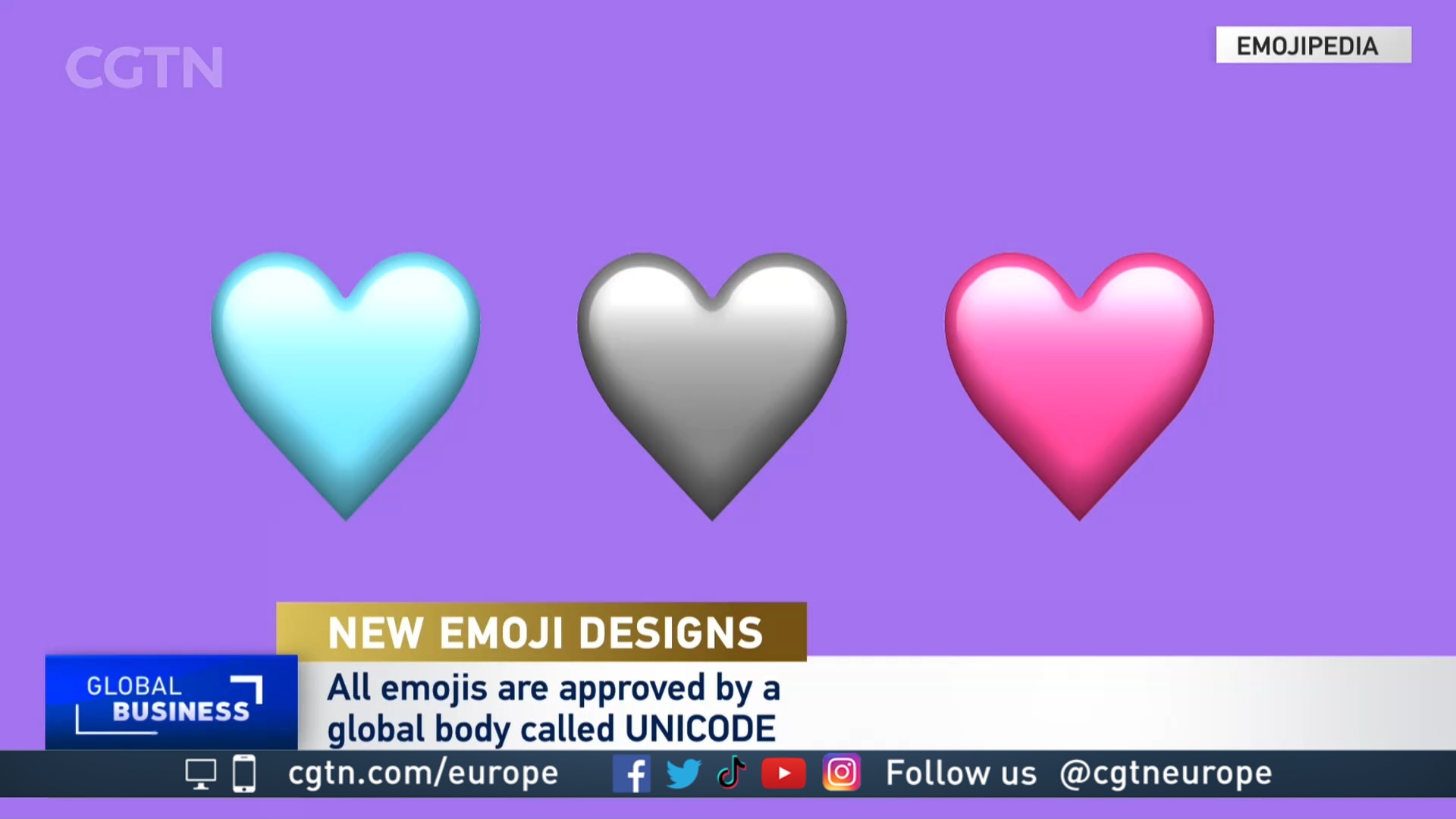 There are no new people-based emojis included, following their dominance over the last three batches of emoji recommendations.

The plain pink heart will be among the most welcome additions. According to Emojipedia: "This has been one of the most discussed absences on the emoji keyboard for many years, with a Pink Heart being amongst our own assessments of the most popular emoji requests since 2016."

A Shaking Face may also be popular, although its meaning appears somewhat ambiguous, perhaps conveying fear, disagreement, or psychological distress.

"This is an emoji that could be used to encapsulate being metaphorically 'shook' – which is a very very common slang term these days to respond to something that's shook you a little," explained Keith Broni, Editor in Chief of Emojipedia.

"But it also has the potential to be used as an emoji to encapsulate an earthquake, because an earthquake is a very difficult concept to convey. Let's say a building, is it shaking, what kind of building should we use if you think globally?"

Animal emojis are always popular, so the addition of a goose, donkey, blackbird, black cat, polar bear and moose will be welcome.

A new donkey emoji means the animal mascots of both major U.S. political parties will have emoji versions. The donkey is the logo of the Democrats, while the Republicans' elephant logo is already established in emoji.

Among the most intricate new designs are the jellyfish, hair pick, ginger root, pea pod, and flute. Left- and right-pushing hands could help users to ask someone to cease an activity. Alternatively using both hands together could allow them to create a high-five. 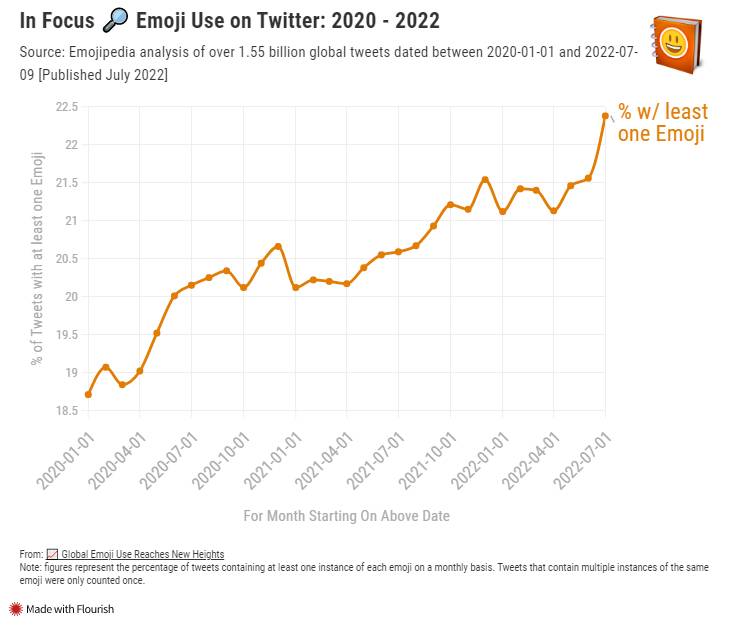 Emoji use is at record highs on Twitter. /Emojipedia

Emoji use is at record highs on Twitter. /Emojipedia

When can we use the new emojis?

The sample images, created by Emojipedia's Head of Emoji Design Joshua Jones, are subject to final approval by Unicode – the organization responsible for the world standard for text and emoji – in September 2022.

After this, release dates for emoji support vary according to each operating system, app or device.

Emojipedia tells us to "expect to see some companies come out with early emoji support in late 2022, and the majority of updates to take place in the first half of 2023."

New support on some Google platforms will begin in late October, followed by Microsoft in February 2023, Twitter and Apple the following month, and WhatsApp and Facebook in April. Samsung users will have to wait until July.

A brief history of emojis

Shigetaka Kurita, an engineer at Japanese phone company NTT Docomo, created a series of 176 icons in 1998. He named them 'emoji' as a combination of two Japanese words – 'e' for picture and 'moji' for character. Kurita drew inspiration for his emojis from Chinese manhua comic characters and international signs for bathrooms.

For most of the subsequent years the 'face with tears of joy' has been the world's most popular emoji. From January to November 2021 its dominance was overtaken by 'loudly crying face,' perhaps as a result of the ongoing grief caused by the COVID-19 global pandemic.

Emojipedia says global emoji use has never been higher, with almost a quarter of all tweets including at least one emoji.

There are now around 3,600 approved emojis in existence.