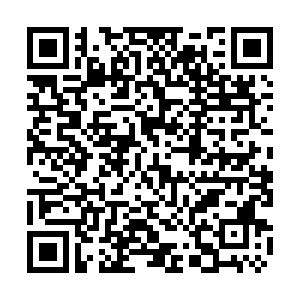 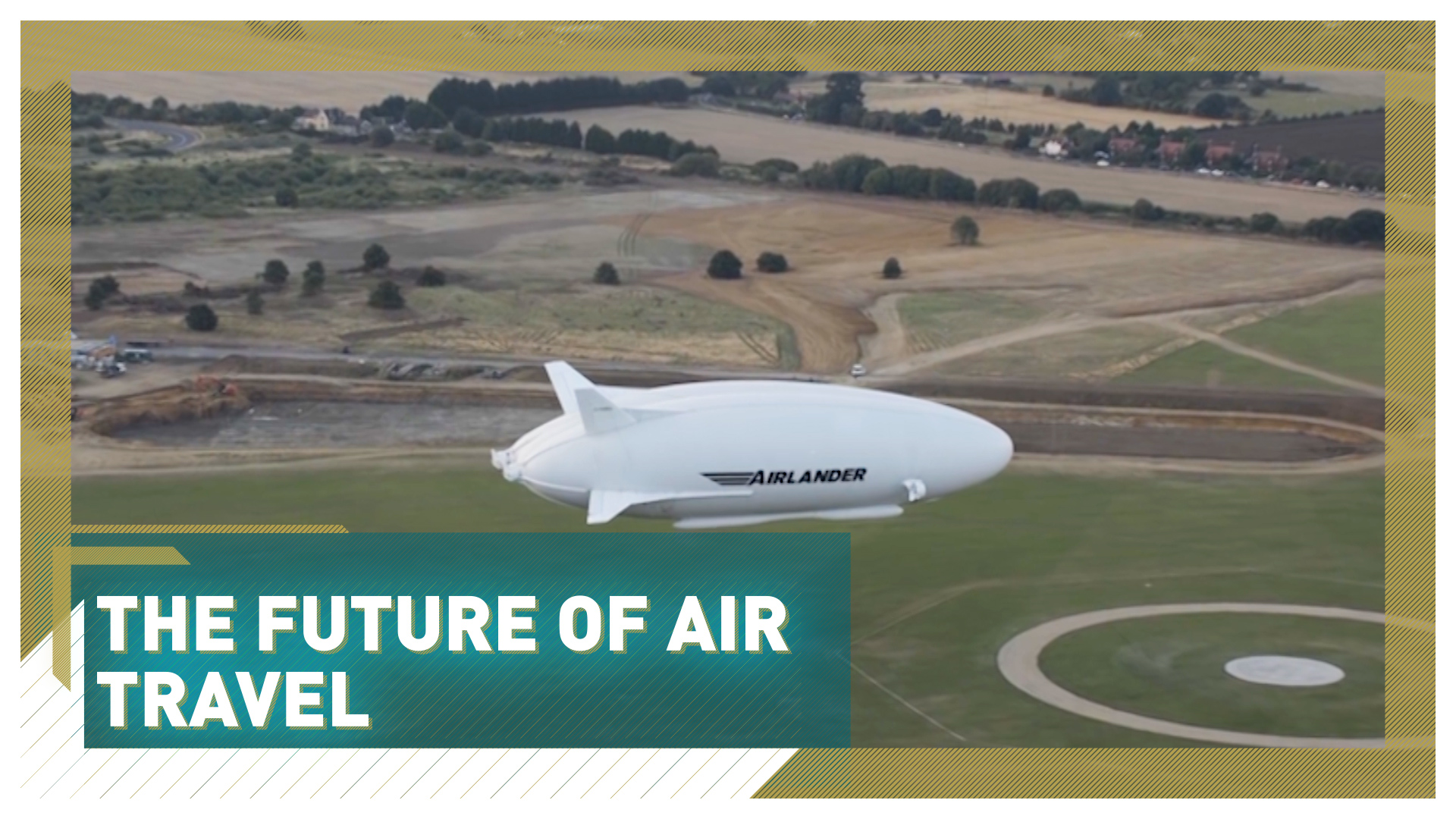 In the giant hallways at this blockbuster annual aviation sector gathering, the industry's stated efforts to go green are becoming ever-more apparent.

But it's still a long-haul flight to zero emissions, while the pressure is growing on the industry to find answers – right now – amid a growing climate crisis.

However, at a relatively small stand in Hall 3, one British company believes it has an answer: An airship.

"Airlander is the world's most efficient large airplane," says Hybrid Air Vehicles CEO Tom Grundy. "It's designed to carry big payloads – 10 tonnes, or 100 passengers. It can take off and land in places away from airports. And it can do it with only 10 percent of the emissions of any other airplane."

This is no pipedream. The vehicle already exists in prototype form; it's even flown successful test flights. In fact, one Spanish domestic carrier has just reserved a hundred of them, with production due to start this year. 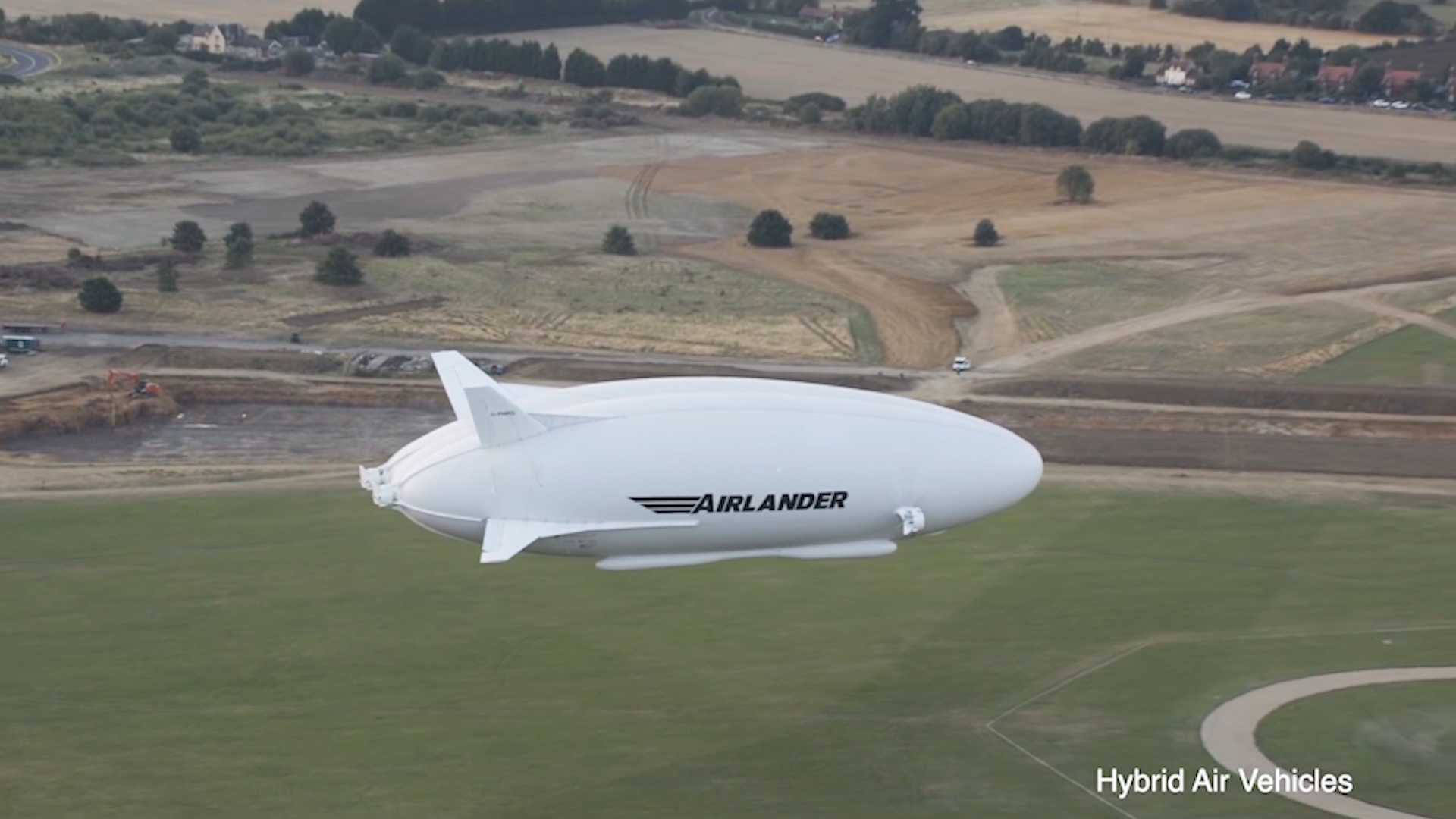 The Airlander could be the industry's route to zero carbon. /HAV

The Airlander could be the industry's route to zero carbon. /HAV

Commercial aviation emissions could triple by 2050 if they keep growing at their current rate. So as the sector gets back on its feet, there's a big focus at the Farnborough Air Show on how to make the sector greener.

One big challenge is that most of the technologies aiming to achieve that goal are still years away from becoming a reality – whereas the Airlander's first commercial flight is scheduled for 2026.

The Airlander derives its lift from a combination of three inputs. These are lifting gases – in this case helium; aerodynamic lift, like an airplane; and vectored thrust – similar to a helicopter. Even its engines will soon be completely clean.

"We're working from taking Airlander from being very efficient to being actual zero emissions – and our path to that is with electric motors," says Grundy. "Collins Aerospace has been developing what we think will be the first electric motor in service on a large-scale plane.

"That gets us to a point where the emissions of a flight on Airlander are 1/10 of the emissions of anything else. And then by the end of the decade, instead of having two electric motors, we'll have four, and we're at actual zero emissions for carrying 100 passengers."

CLICK ON THE ARROWS TO SCROLL THROUGH THE GALLERY 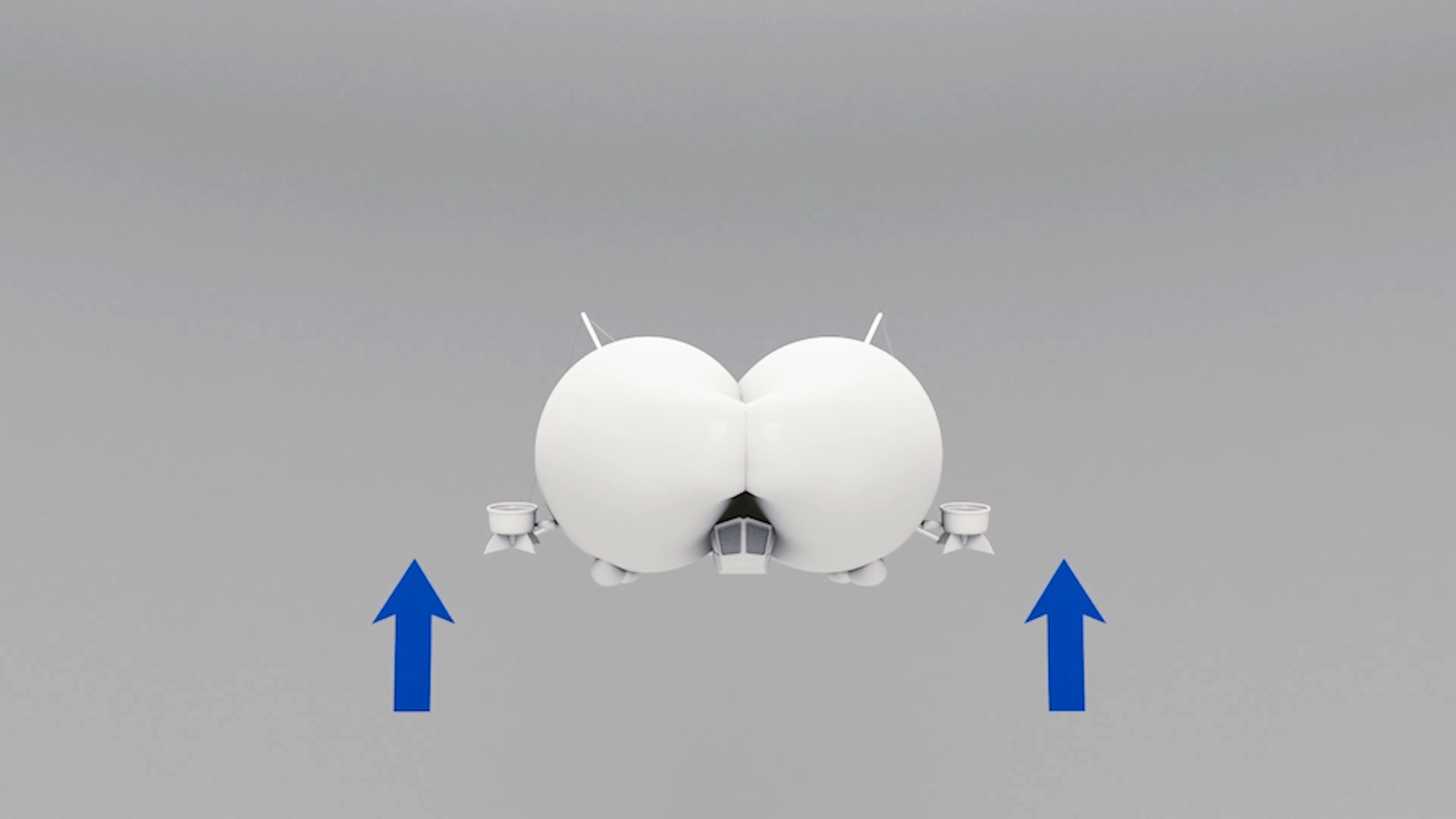 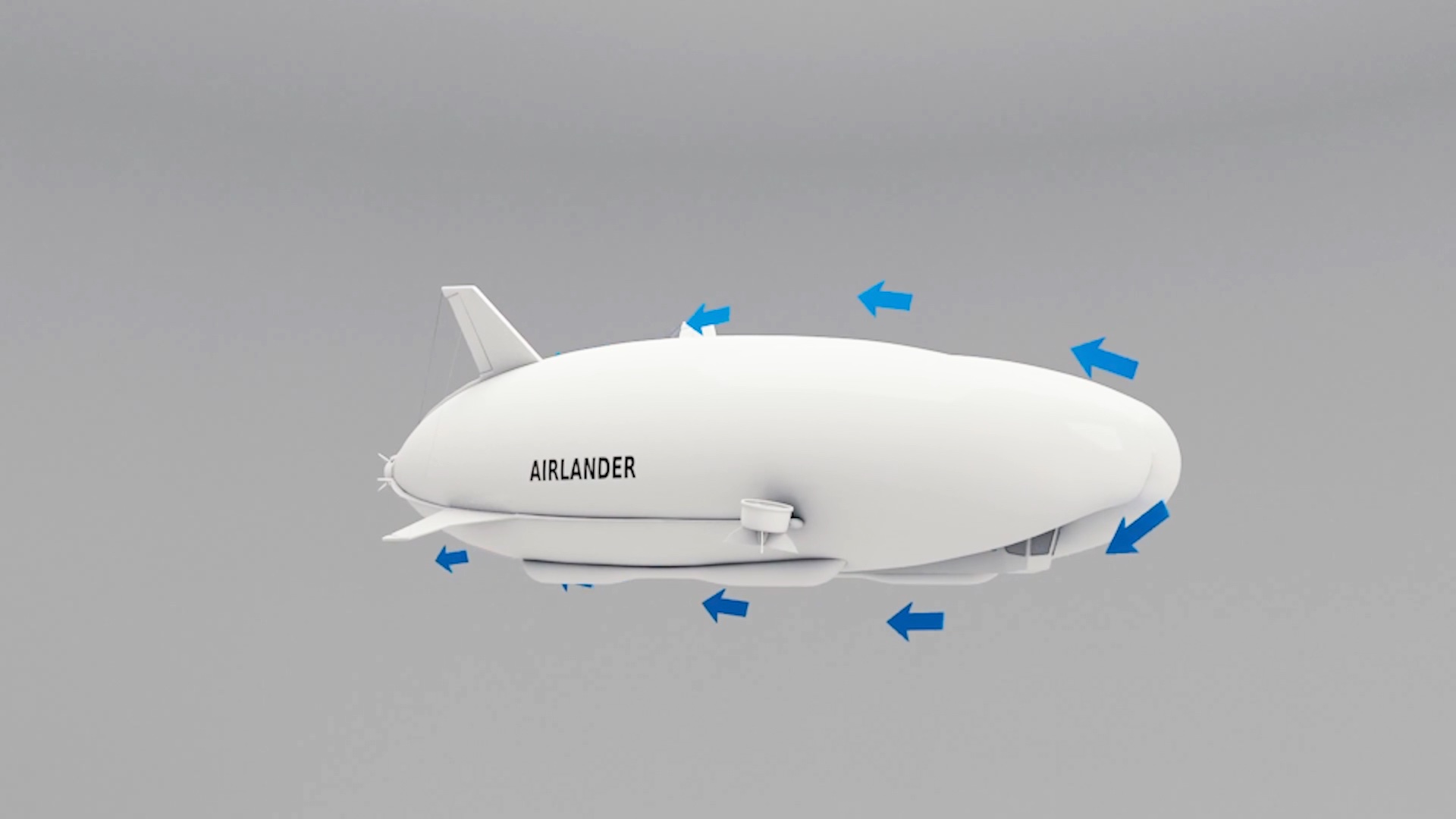 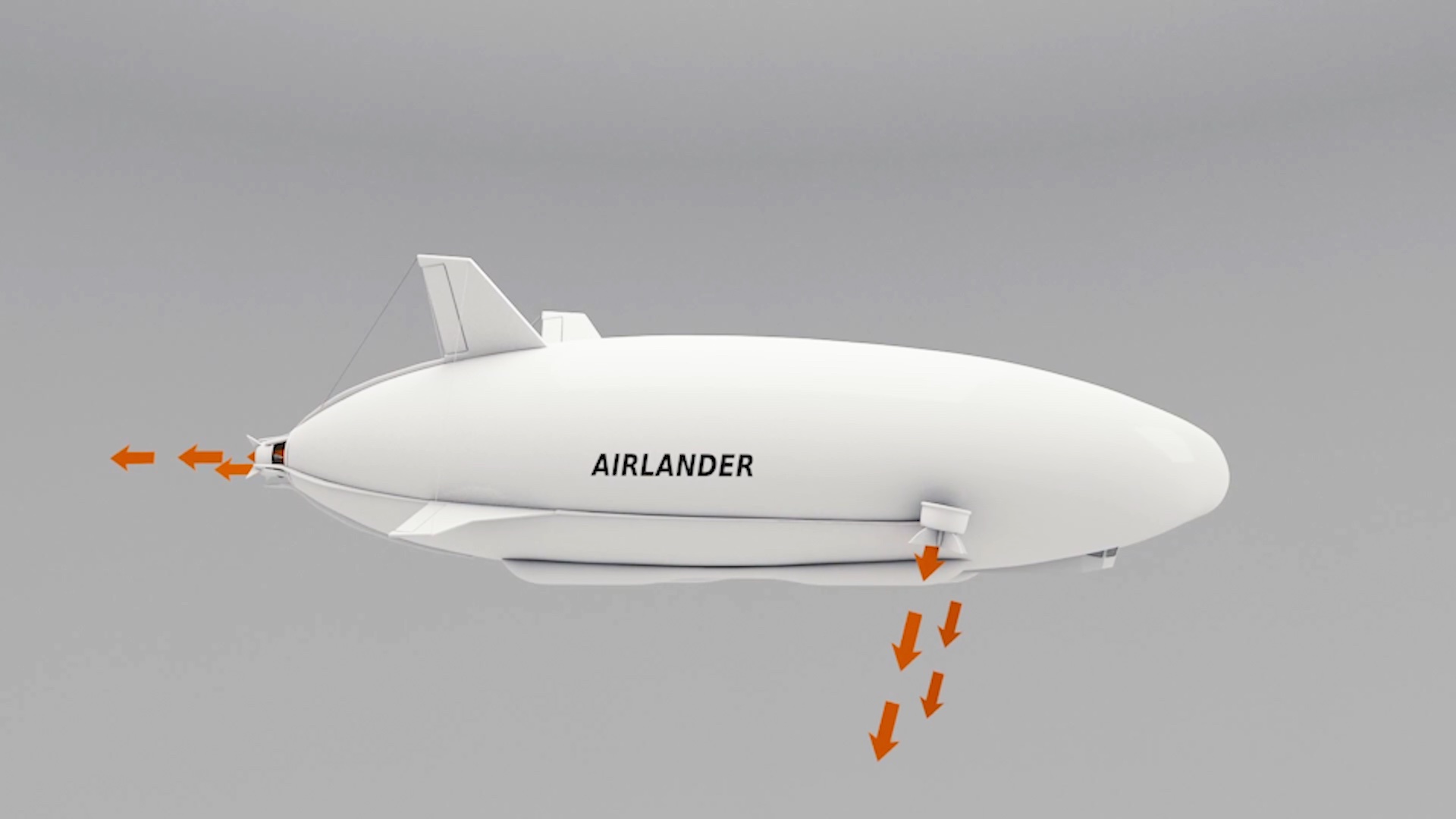 Even net zero is proving a struggle for many of the big names in global aviation.

"Sustainable aircraft fuels are great and they will develop into a massive industry in their own right," says George Land, Hybrid Air Vehicles' commercial business development manager. "But most aircraft will not become genuinely low-carbon until probably the 2040s.

"It's going to be tough for existing manufacturers to adapt existing designs or create new ones until the middle of next decade. For the next decade at least, we're probably the only solution that can offer decarbonization in the large aircraft space."

The Airlander is by no means a panacea, with a limited range and a top speed of just 85 kilometers an hour – around a tenth the speed of conventional planes. But it looks set to be flying passengers in European skies in just a few years' time, which means low-carbon commercial air travel is about to become a reality.