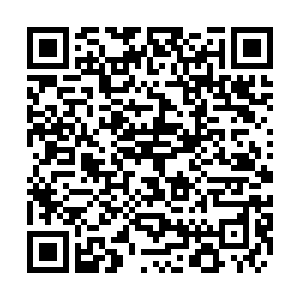 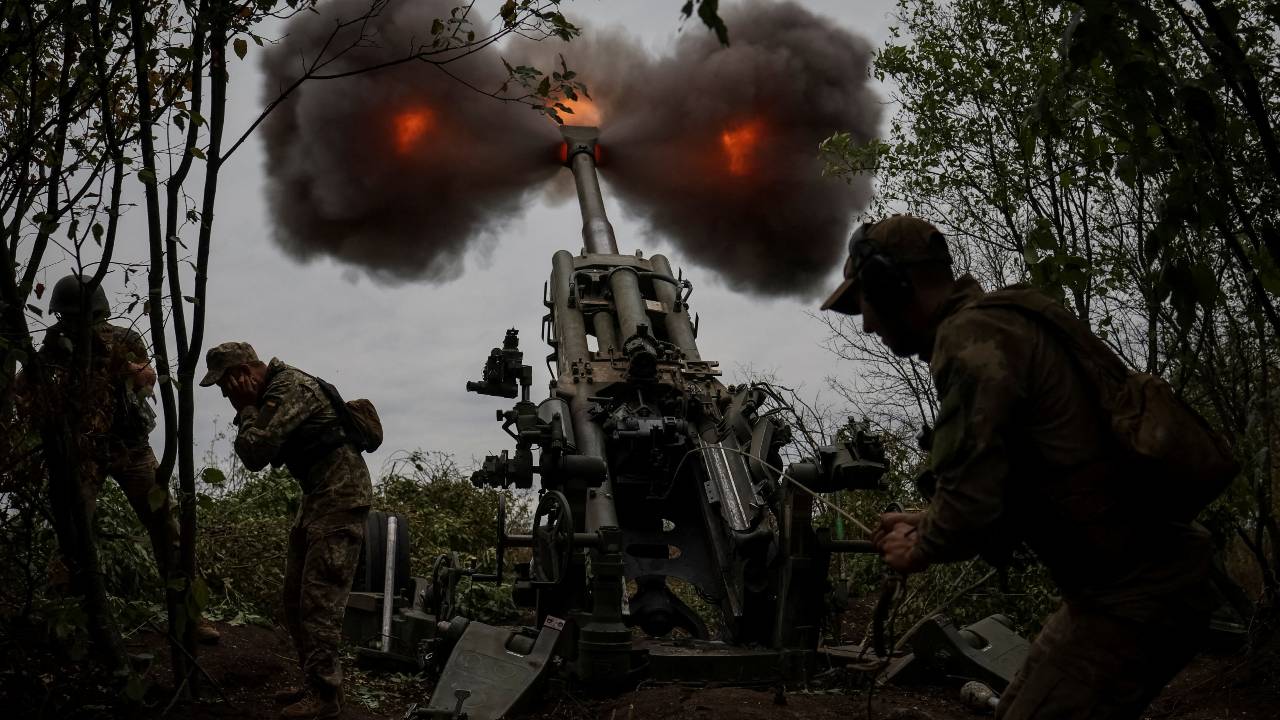 • Russia, Ukraine, Türkiye and U.N. Secretary-General Antonio Guterres are set to sign a deal on Friday to reopen Ukraine's Black Sea ports for grain exports, Ankara said, raising hopes that an international food crisis aggravated by the Ukraine conflict can be relieved.  READ MORE BELOW

• EU governments are resisting a proposal from Brussels that member states cut gas use by 15 percent to prepare for possible supply cuts from Russia, throwing into doubt whether the bloc will be able to implement the emergency plan.

• Gas flows from Russia to Germany have resumed at around 40 percent capacity, the same level as prior to a planned closure of the Nord Stream 1 pipeline. However, the lower levels continue to exert pressure on Berlin's targets for replenishing stocks for winter and the transfer of gas to other countries including France, Austria and the Czechia.

• Russian forces appear to be close to taking Ukraine's second biggest power plant at Vuhlehirska in Donetsk in a bid to seize critical infrastructure and the cities of Kramatorsk and Sloviansk, Britain said.

• A tanker carrying a liquid fertilizer product from Russia is about to arrive in the U.S.. Washington has yet to blacklist Russian agricultural commodities, including fertilizers, but many Western banks and traders have steered clear of Russian supplies for fear of breaking sanctions.

• The goal of Moldova's breakaway region of Transnistria to become a part of Russia has been unaffected by the conflict in neighboring Ukraine, the region's foreign minister told RIA Novosti news agency.

• Three people were killed and 23 more injured in a Russian missile strike in Kharkiv, according to Ukrainian prosecutors.

• Russia's defense ministry announced its forces had destroyed four U.S.-supplied high mobility artillery rocket systems (HIMARS) between July 5 and July 20. The U.S. has already pledged to send four more of the systems to Ukraine after Russia's Defense Minister Sergei Shoigu ordered his generals to prioritize destroying Ukraine's long-range missiles and artillery due to the success of the Western-supplied weapons in hitting Russian supply lines. 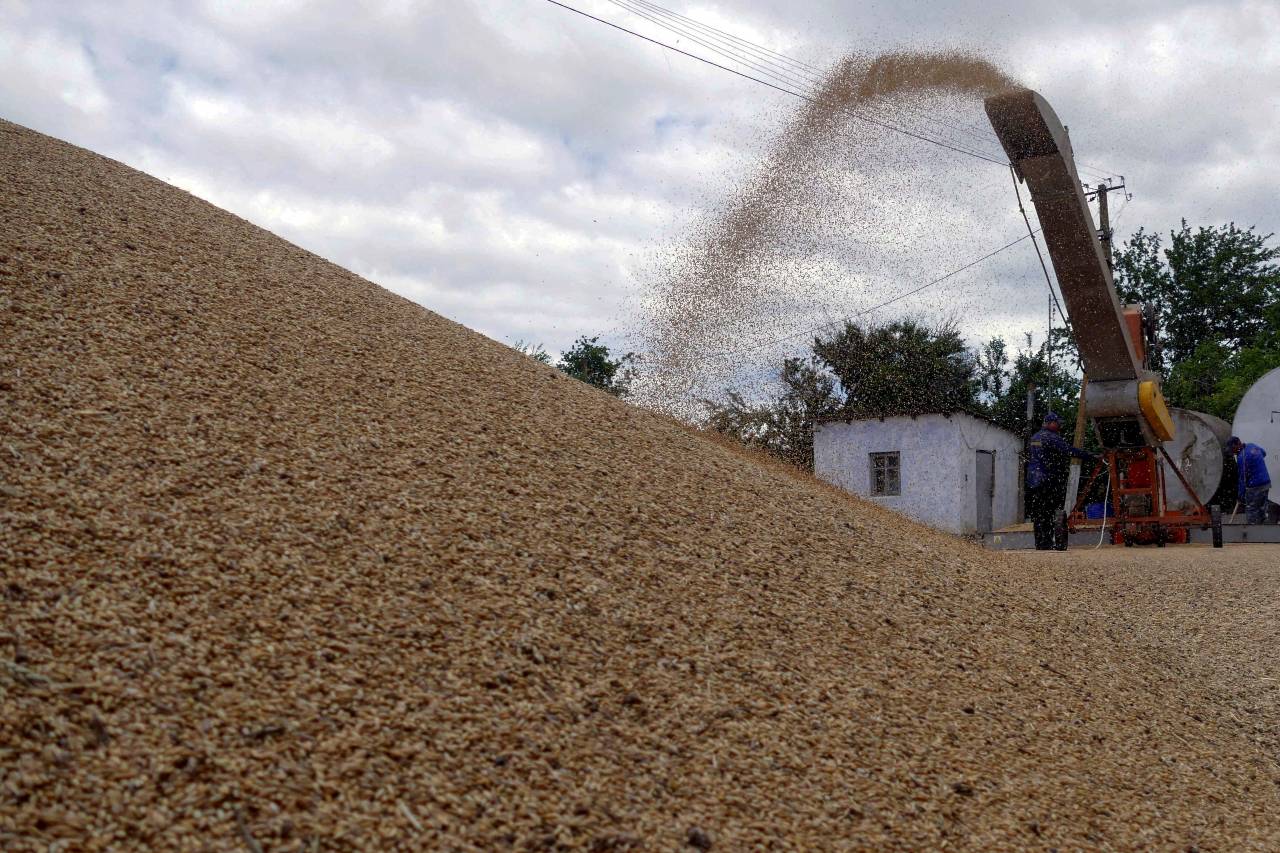 Workers storage grain at a terminal during barley harvesting in Odesa region amid the Ukraine conflict. /Igor Tkachenko/Reuters

Workers storage grain at a terminal during barley harvesting in Odesa region amid the Ukraine conflict. /Igor Tkachenko/Reuters

Ukraine and Russia are due on Friday to sign a deal designed to help relieve a global food crisis caused by blocked Black Sea grain exports.

It is the first major agreement between Moscow and Kyiv since Russia launched its military campaign against its neighbor in February, a conflict that has dramatically exacerbated a global food crisis, leaving some of the world's poorest countries facing starvation.

Up to 25 million tonnes of wheat and other grain have been blocked in Ukrainian ports by Russian warships and landmines laid by Kyiv to ward off an amphibious assault.

UN Secretary-General Antonio Guterres was due to arrive in Türkiye on Friday for the signing ceremony at Istanbul's Dolmabahce Palace on the Bosphorus Strait.

"The grain export agreement, critically important for global food security, will be signed in Istanbul under the auspices of President Erdogan and UN Secretary General Mr. Guterres together with Ukrainian and Russian delegations," the Turkish leader's spokesman Ibrahim Kalin tweeted. 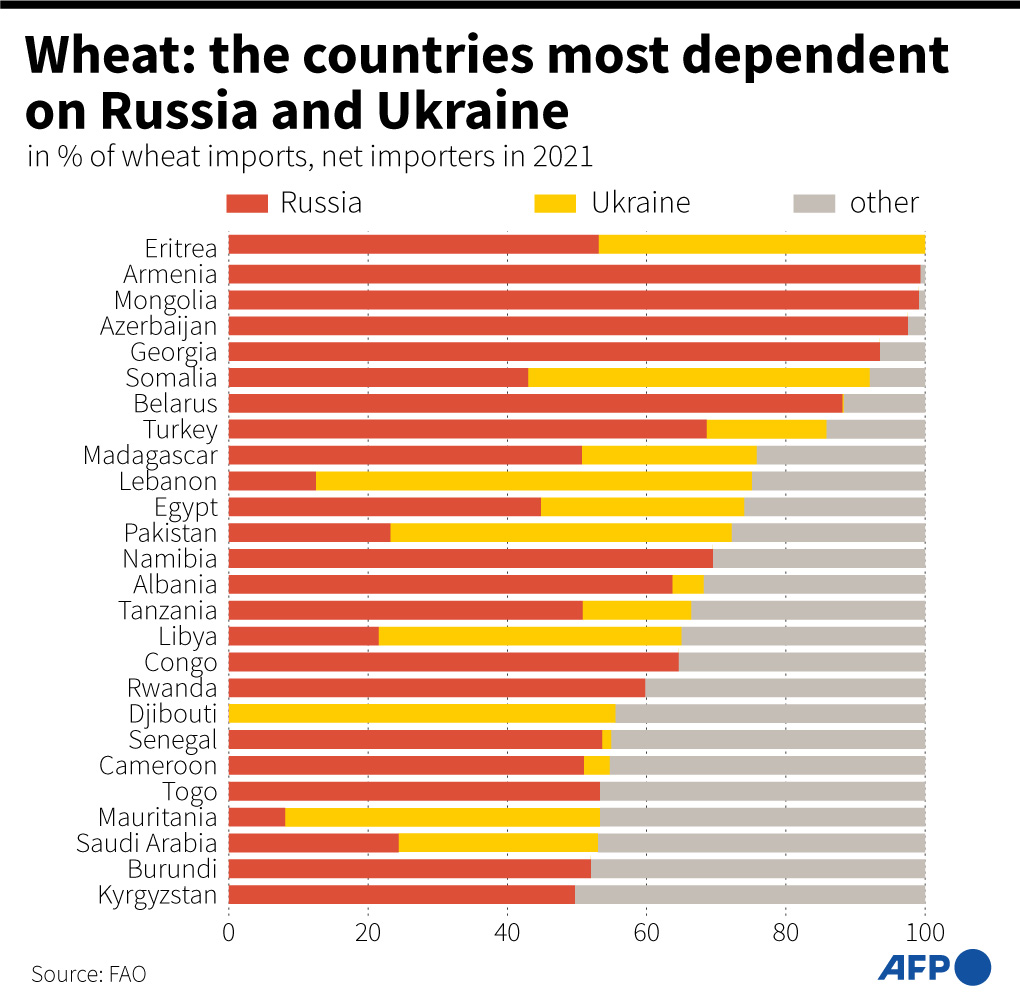 Net wheat importing countries with more than 50 per cent of their imports coming from Russia and Ukraine. /Laurence Saubadu, Jonathan Walter, Sylvie Husson/AFP

Net wheat importing countries with more than 50 per cent of their imports coming from Russia and Ukraine. /Laurence Saubadu, Jonathan Walter, Sylvie Husson/AFP

The agreement will include a joint command and control center set up in Istanbul to oversee smooth operations and resolve disputes.

Its participants will include the representatives from Moscow and Kyiv, as well as officials from Türkiye and the UN, with the center expected to be ready within weeks, meaning the grain might not start flowing at full speed again in late August.

Ship inspections continue to be one of the most complex and politically charged parts of the agreement.

Ukraine does not want Russia to board its vessels to check for the possible delivery of weapons when the ships returned to port, but a compromise has been struck overseeing inspections at Turkish ports on their way back to Ukraine.

However, it is still not clear precisely who will be allowed to board the Ukrainian ships.

UN officials say the deal ensures that Ukrainians pilot their own ships along safe routes that avoid known minefields, with both sides pledging not to attack ships on the way in or out.

The agreement threatened to unravel when Putin announced this week that he also expected his own country's grain to be covered by the deal.

The UN and Russia are due to sign a separate memorandum of understanding in Istanbul guaranteeing that grain and fertilizer cannot be directly or indirectly affected by sanctions.