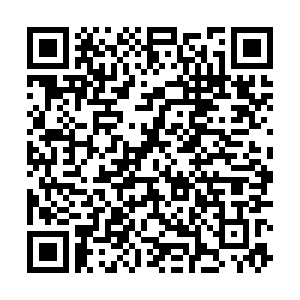 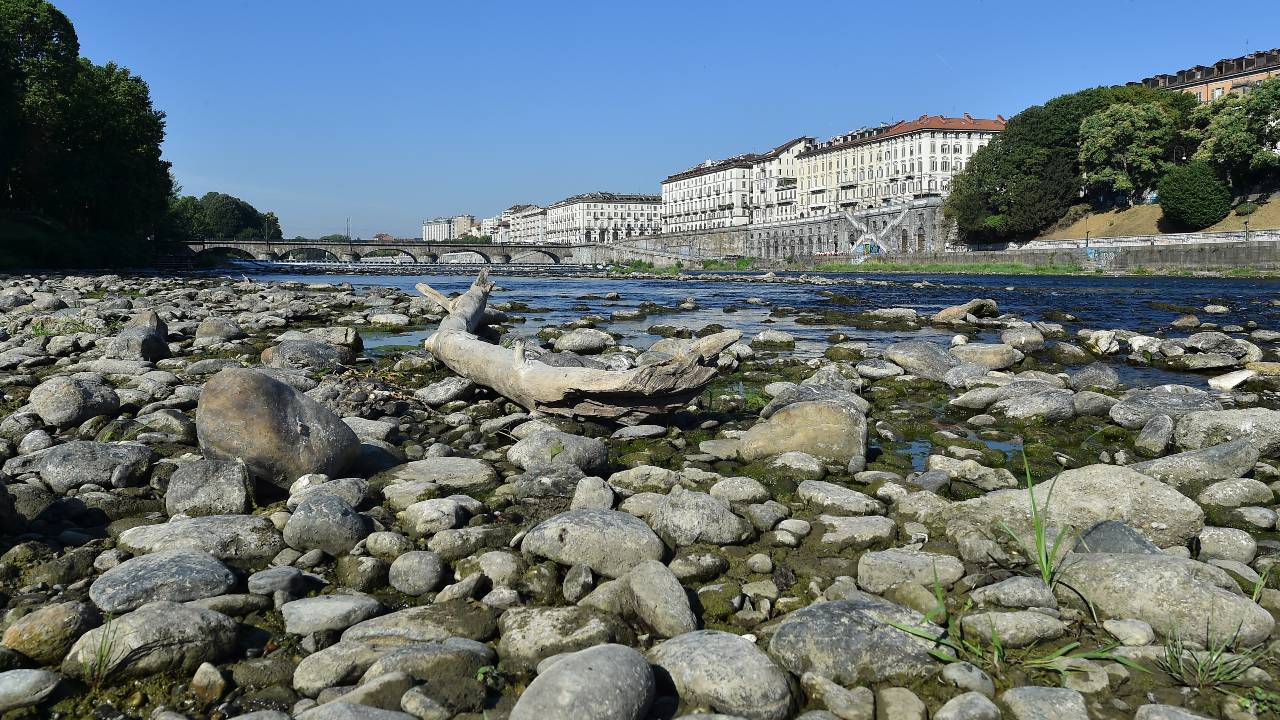 Po's dry riverbed is suffering due to its worst drought in 70 years. /Massimo Pinca/Reuters

Po's dry riverbed is suffering due to its worst drought in 70 years. /Massimo Pinca/Reuters

Almost half of the landmass of the European Union (EU) and UK is at risk of drought, according to the European Commission's Joint Research Centre (JRC).

Amid deadly wildfires in France and Spain, and record temperatures in the UK, the JRC said on Monday that 46 percent of the EU is exposed to warning-level drought. In addition, 11 percent is on high alert level with crops already suffering from the lack of water.

This year has seen a winter-spring precipitation deficit of 19 percent across the EU and UK, meaning there has been almost a fifth less rainfall than during the average over the past 30 years.

In areas under drought alert the figure is even higher - at 22 percent. 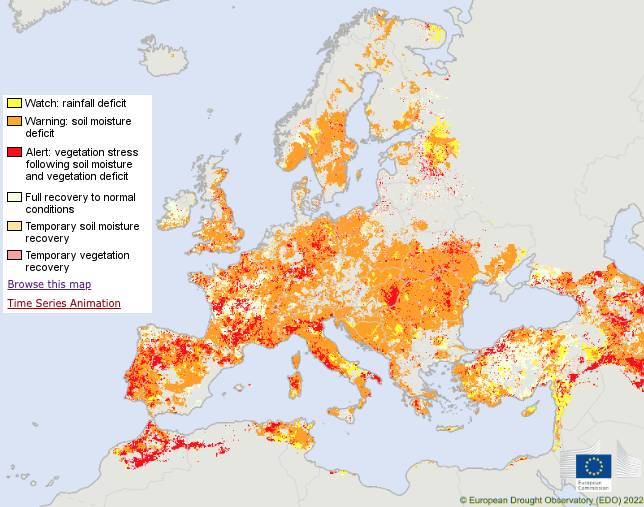 Latest map of the Combined Drought Indicator in Europe and the UK. /European Drought Observatory

Latest map of the Combined Drought Indicator in Europe and the UK. /European Drought Observatory

The lack of precipitation has been exacerbated by early heatwaves.

This means soil water content has reduced significantly, making it harder for plants to extract water from the soil. In turn, this leads to widespread stress on vegetation - most noticeably in the Italian lowlands, in southern, central and western France, central Germany and eastern Hungary, Portugal and northern Spain.

According to the JRC, "this may require extraordinary water and energy management measures to be taken in affected countries." 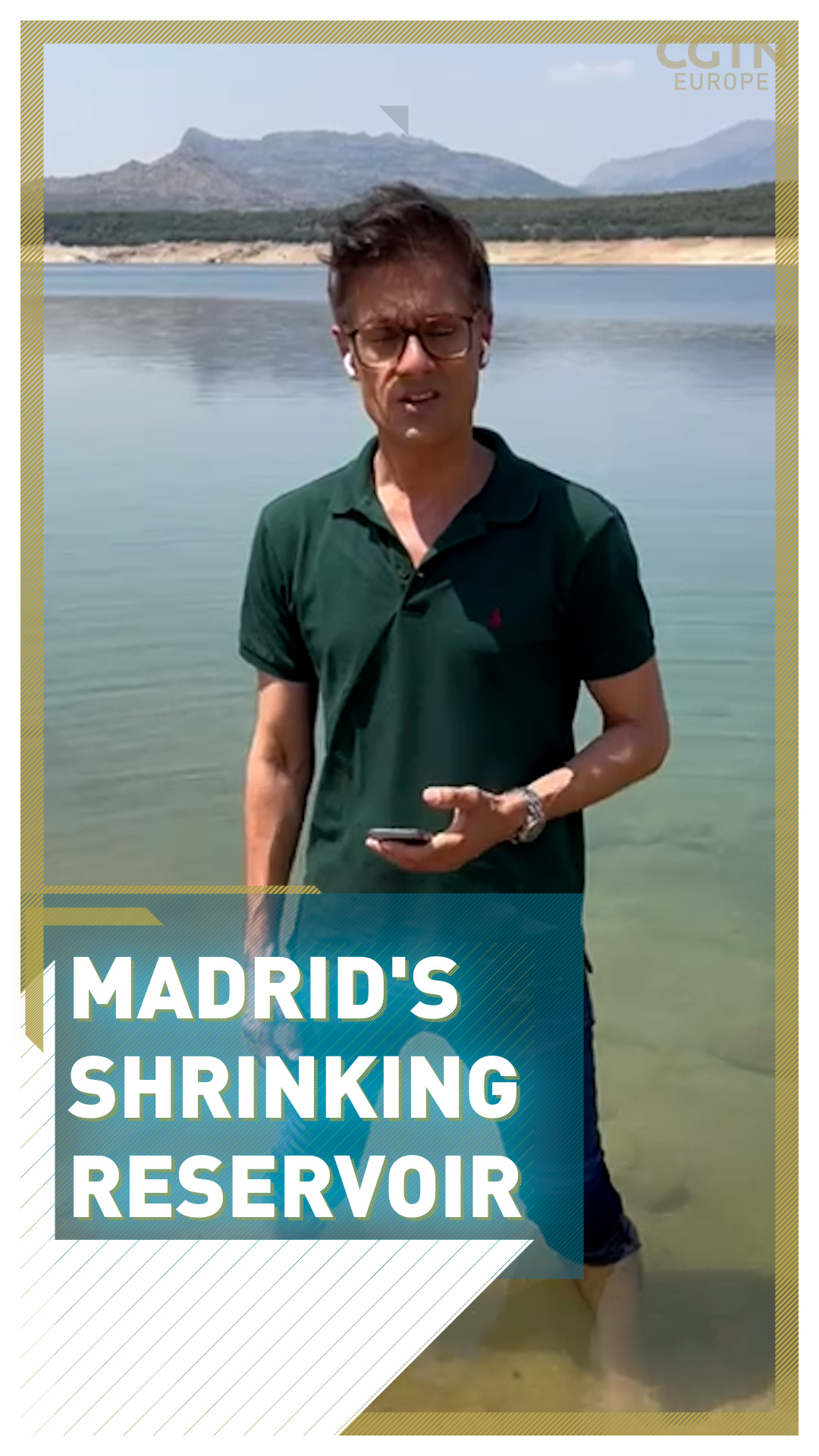 The combination of water and heat stress is driving down crop yields alarmingly, particularly in Spain, France, Portugal, Italy and Romania.

Italy is experiencing one of its worst droughts in living memory, rivaling that of 2018, fuelled by weeks of scorching temperatures.

Ageing infrastructure and leaky pipes are exacerbating an already disastrous situation, with much precious water vanishing down the drain before it even reaches the taps.

"The management of water infrastructure in Italy has been appalling," said Roberto Cingolani, minister for ecological transition, recently. "Our pipes lose on average 42 percent of the water they carry. In Israel that figure is closer to 3 percent. Our losses cannot be justified."

In the province of Latina, 60-km (37 miles) down the coast from Rome, 70 percent of drinking water is lost in transit, according to a new report by business lobby Confartigianato.

"The leaks are not caused by carelessness, but because the network is really old," explained Marco Lombardi, embattled CEO of Latina's local water company, Acqualatina.

The Po River basin, which covers a quarter of the entire national territory, faces the highest level of drought severity, with drought emergency declared in five Italian regions and insufficient water availability leading to multiple use restrictions across municipalities.

Similar water restriction measures have been taken in France, while in Spain volumes of water stored in reservoirs are currently 31 percent lower than the 10-year average.

In Portugal, hydroelectric energy stored in water reservoirs is at half the average of the previous seven years.

Such conditions make wildfires like those seen this week in France's southwestern Gironde region, the Spanish province of Zamora, and Portugal's Murca municipality, far more likely, with the earth a tinderbox. 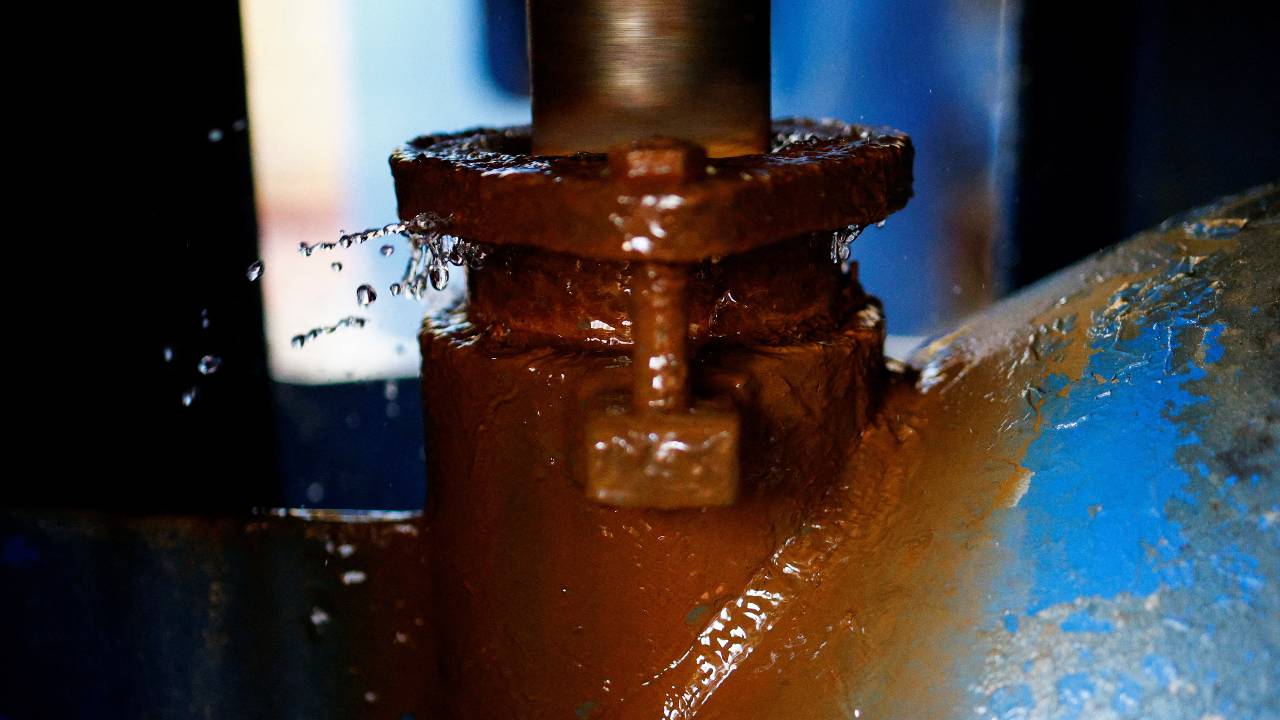 Water dribbles from a pipe at an ageing water pumping station in Italy's Latina, which loses 70 percent of its drinking water in transit. /Guglielmo Mangiapane/Reuters

Water dribbles from a pipe at an ageing water pumping station in Italy's Latina, which loses 70 percent of its drinking water in transit. /Guglielmo Mangiapane/Reuters

With unfavourable forecasts for the coming months ahead, water supply will be at risk across much of Europe.

The JRC says that "while drought mitigation strategies are of the utmost importance now, so is tackling the root cause of the problem: climate change and its disruption of the planet's water cycle."

It has called for further efforts to adapt to what they believe will be longer-term changing weather patterns "by climate-proofing energy supply and applying sustainable solutions in agriculture."

The JRC is part of the Copernicus Emergency Management Service (CEMS), which offers geospatial information at European and global level through continuous observations and forecasts for floods, droughts and forest fires.

According to Carlo Buontempo, director of its Climate Change Service, "We are seeing, really, largely unprecedented drought in many parts."

Martin Borreiro, one of Spain's top meteorologists, told CGTN Europe that future droughts could get even more extreme.

"It's really worrying – we can see how the rain patterns are changing, causing lots of areas in Spain to have less rainfall," he said. "Rain concentrates in the northern areas of the peninsula and then there's barely any rain in the rest of the regions. That means the problem is getting worse."